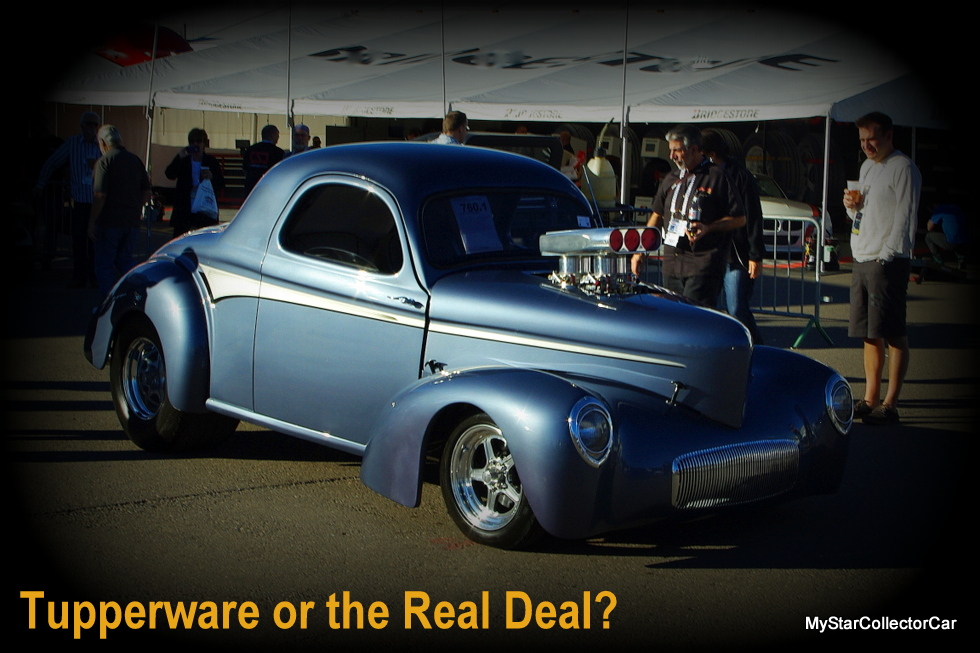 We at MyStarCollectorCar are not familiar with the origin of the term “Tupperware Cars”; however we know the local car guy who initially used the term because he is a no-holds-barred cat who is not afraid to voice his opinion about anything.

Thus a Tupperware car is his term for any vintage car style that is not made of metal.

He despises aftermarket bodies that were not built by a North American automobile factory before, during, or after the war.

He drives a classic Willys built during the early years of World War II, shortly before all of the car manufacturers turned their production toward the war effort and built military equipment. 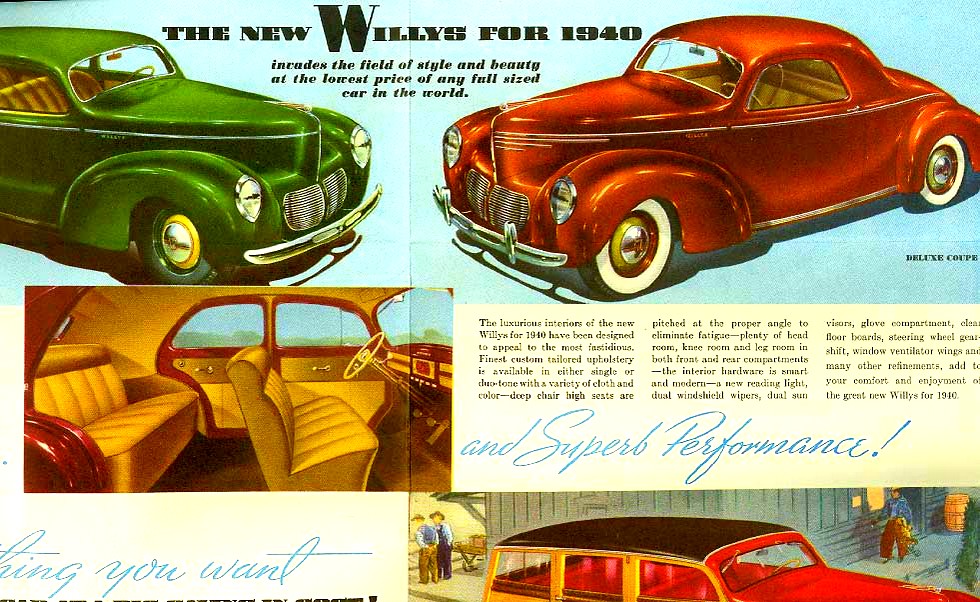 His Willys leans toward a custom build because he has massaged the already-cool looks of his ride so it looks sleeker and rides closer to the ground. The net result is a car that can handle fatter tires because the owner worked the metal on the Willys to make it ready for his bright red paint scheme. 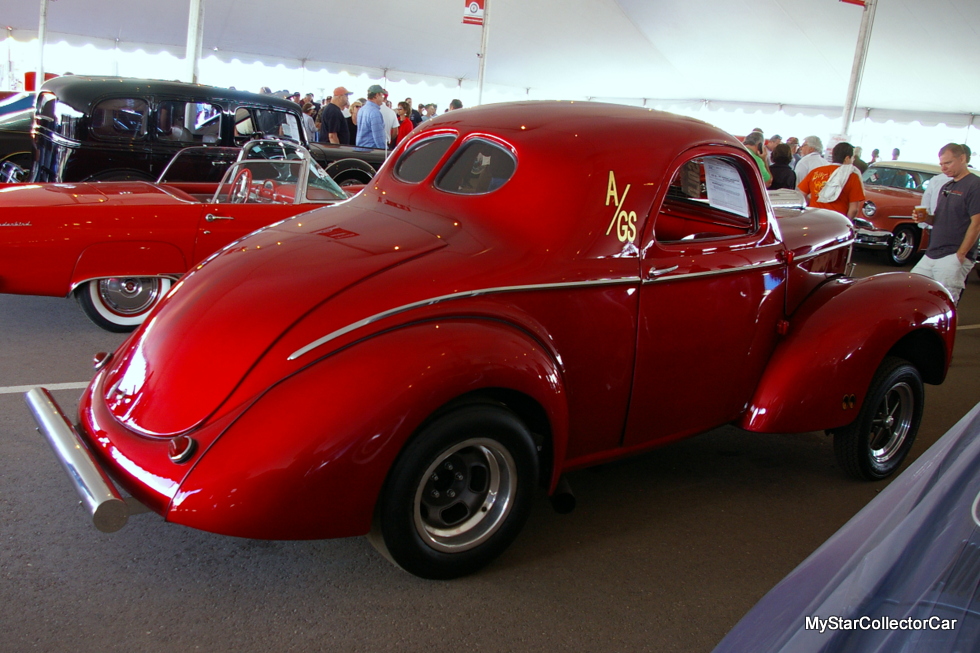 The Willys underwent its transformation many years ago and required plenty of work to become a part of the local car hobby. Its owner would never have considered a plastic aftermarket body as a base for his game plan. 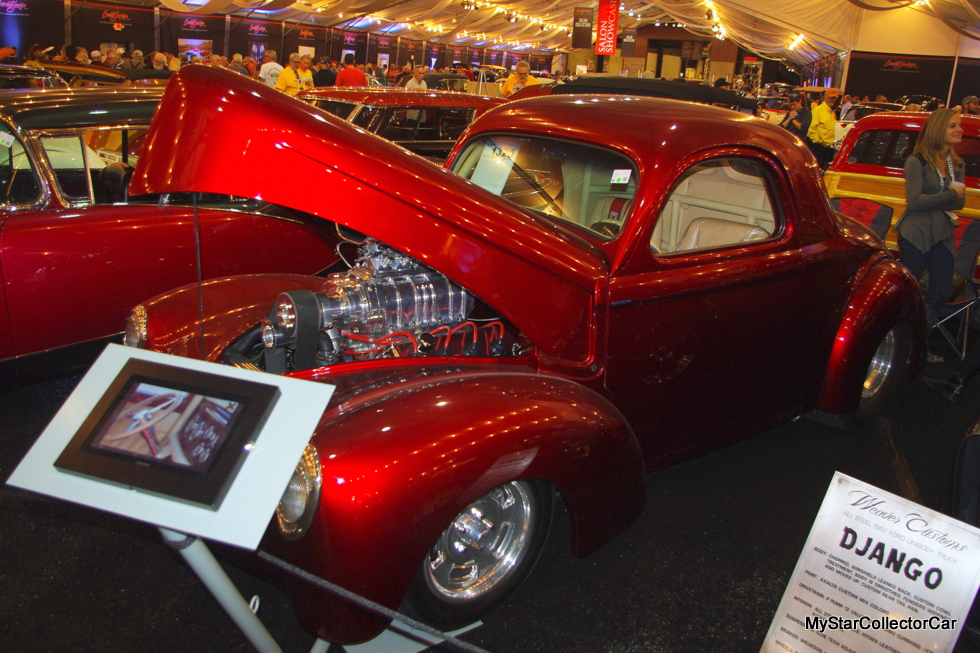 Instead he would rather have been run over by his original metal Willys than become an owner of a plastic Willys, but that was his personal choice. Many other car guys are happy with their decision to purchase a non-metal aftermarket version of a classic car. 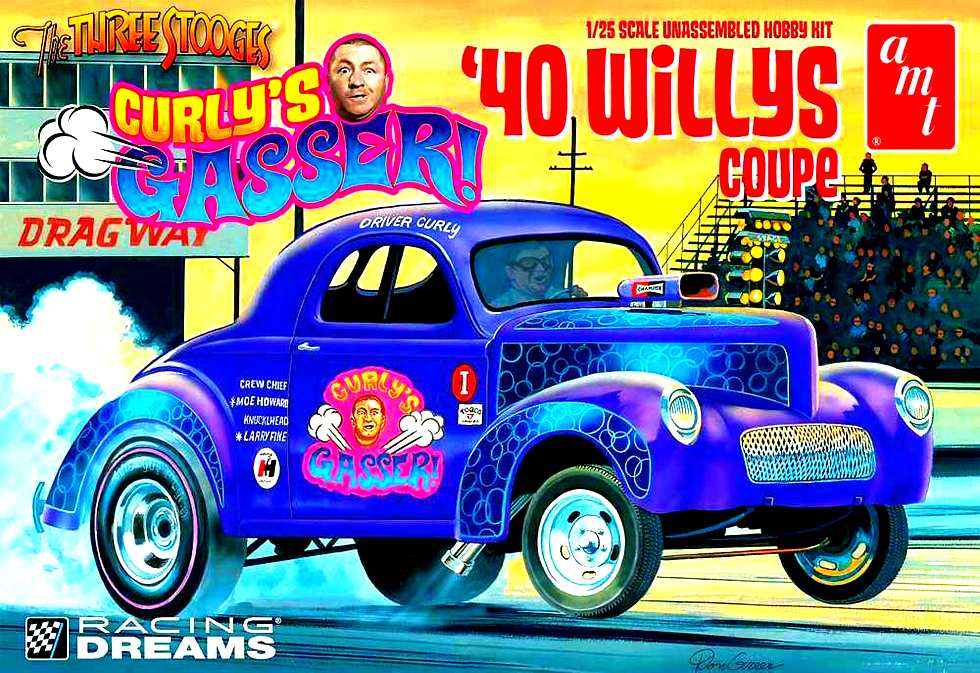 An argument can be put forth by either party because they both have a strong case in this debate. The outspoken car guy who believes that a car is only legitimate if it left the factory as a metal vehicle has a point if a car is defined by its original roots. 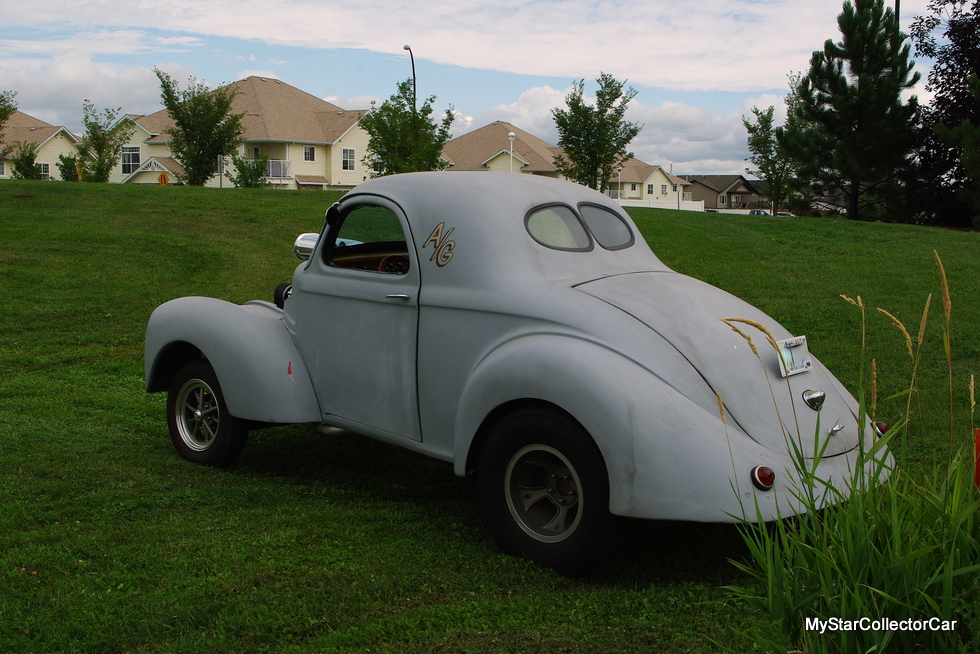 However, the aftermarket guy who bought and built a plastic car that looks exactly like an original car also has a strong argument. His car would require considerably less work to become a road warrior because most of the aftermarket plastic bodies are already molded into performance-oriented readiness.

The plastic bodies are brand new, dent-free and rust-free, so their owners have fewer hills to climb when it comes to project challenges. An original metal body may be well beyond the skill set of most car guys who do not have the critically important talent and experience to massage a custom repair into a metal car. 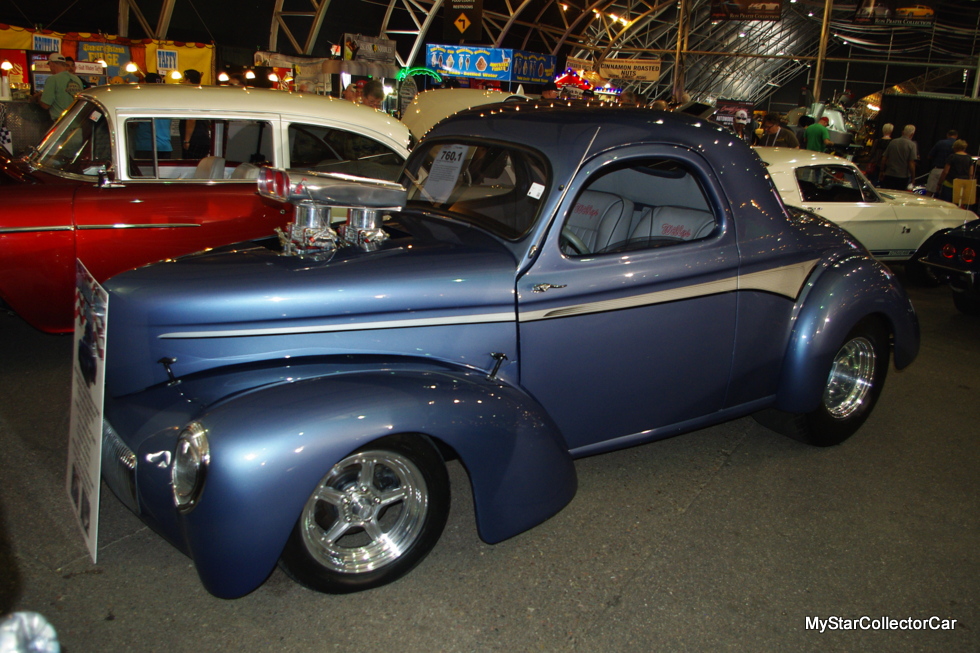 Most onlookers simply see a very cool custom ride or hot rod because they may be unaware the car in front of them started life as a discarded plastic milk jug. A simple tap on a roof would answer any question about the car’s composition, but today’s non-metal choices are much better than earlier plastic options.

The issue boils down to a question of originality for the owner. Our metal-only buddy would add a loud and profanity-laced list of reasons why he chose to go with an original Willys. He would not be wrong- but the car guy who chose a plastic version of a metal car would not be wrong either. 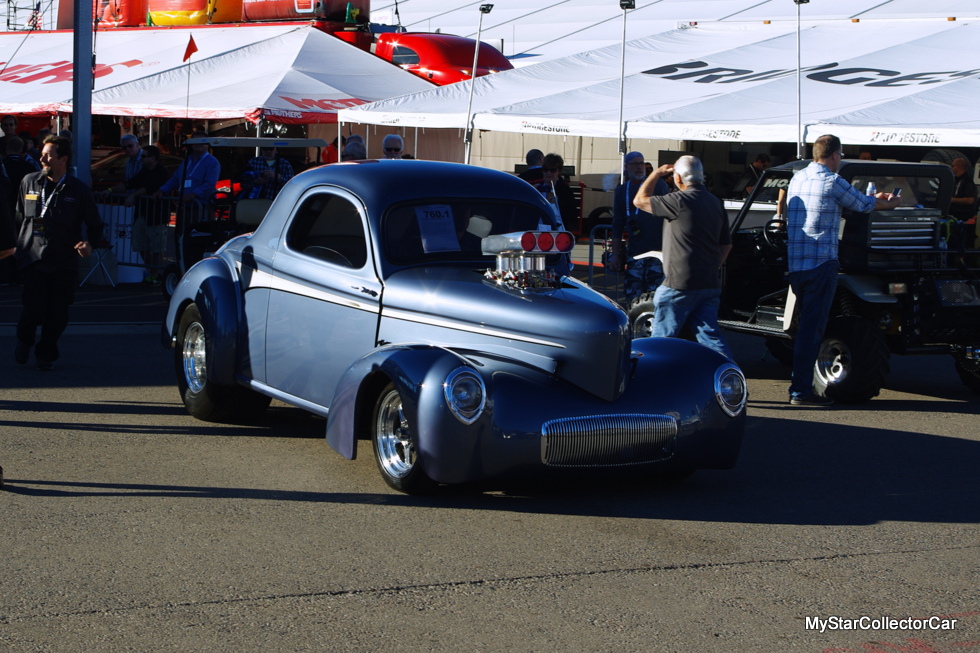 Both owners have chosen to own a classic style from the past. It just boils down to an authenticity issue.