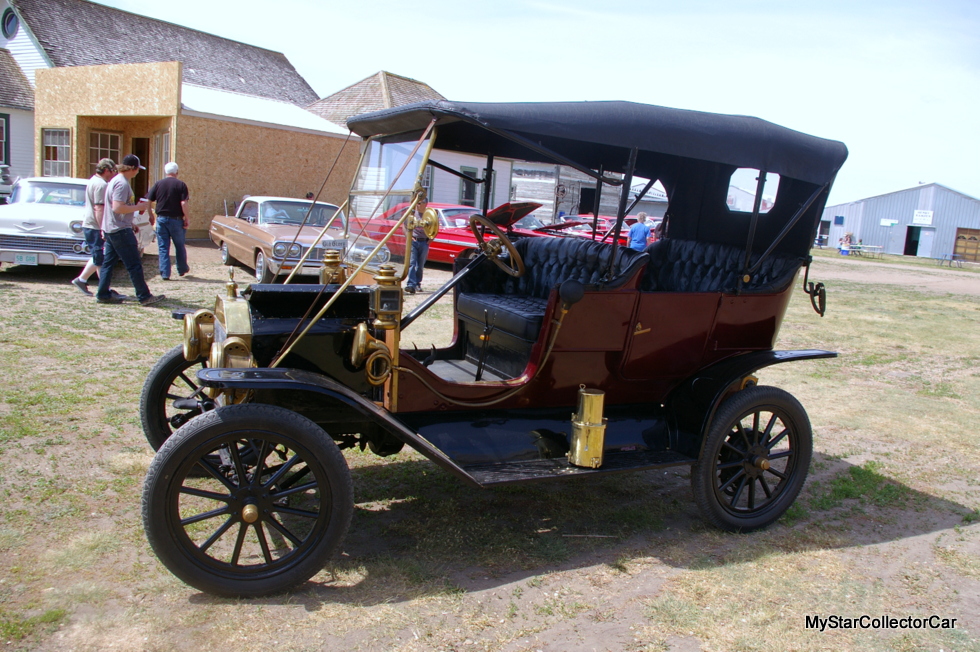 Dick Meacher was a legend in the vintage car hobby for many decades in his community.

One of his favorites was a 1911 Model T from the brass car era.

‘Brass cars were produced during the earliest years of the automotive industry, shortly after the internal combustion engine put horses out of business.’

The brass car name referred to the metal choices for the fittings on many of the components on these early 20th century vehicles. The lights and radiators were the most visible brass features on these cars. 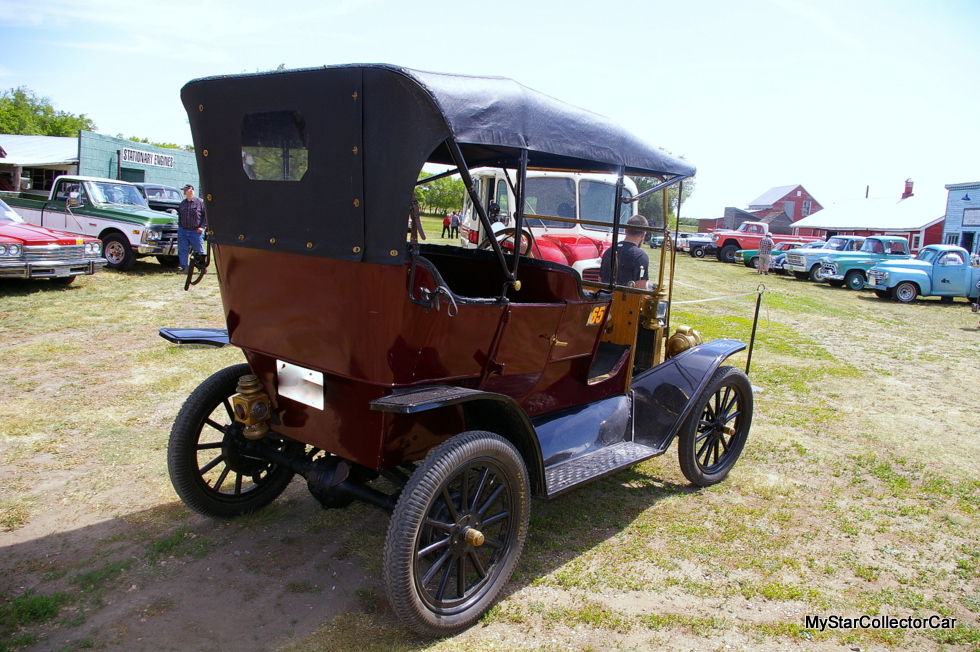 Dick obtained his brass-era Model T in 1962 and the car has been part of his family ever since the day he traded another vehicle to get his T.

Unfortunately Dick passed away this past winter and left his beloved Model T to his son Charlie so he could carry on the Model T tradition in the Meacher family.
The Model T was a versatile car during its many years on the road. In fact a former owner used it as a delivery truck for his business during one segment of its long 104 year history. The previous owner took out the back seat cushion and filled the back of the car with cans of paint for delivery to his customers. Charlie told us the T had “lots of bailing wire holding it together” after its many years of hard work. 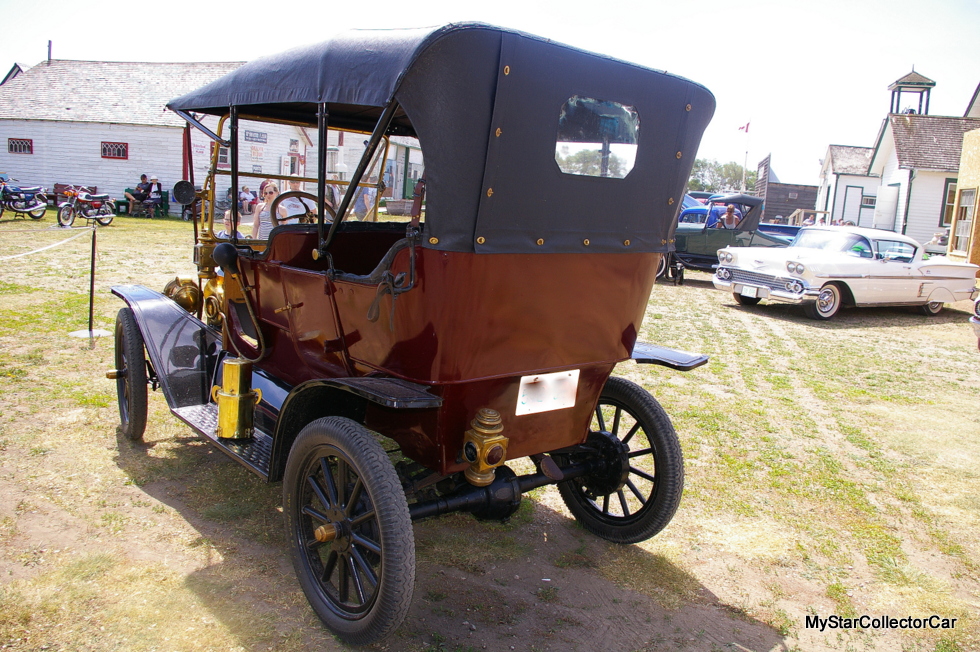 The workload was lifted after Charlie’s father Dick became the proud owner of the Model T. He used it for 50 years as a parade vehicle once he brought it back to its former glory as a born-again passenger vehicle. Dick put a top back on the car early in his ownership-during a time when a top for a Model T was easier to find for a brass car.
Charlie told us Dick “drove it a lot”, including a trip from Calgary, Alberta to Lake Louise, Alberta in the Rocky Mountains of Banff National Park. Charlie said a Model T trip would likely be “about a hundred miles a day-max” because the car is comfortable at 35 mph (60 km/h) on the road. 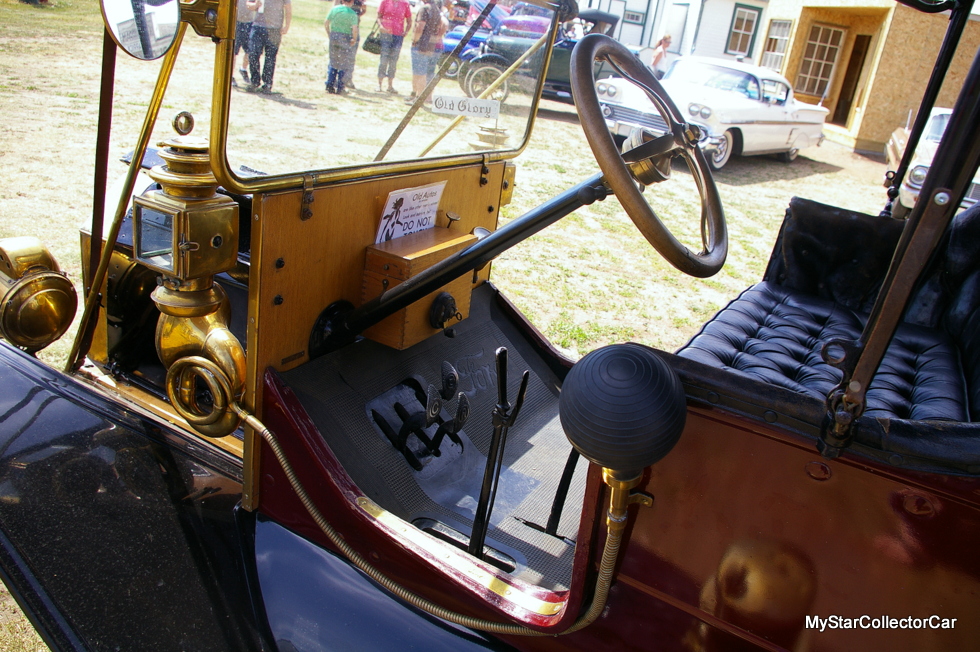 This T has a 2-speed rear end and Charlie thought his father could hit 40 mph (70 km/h) with the extra gear ratio in his Model T. Night driving was complicated in the early brass car days because the cars had gas-fired headlights, so this Model T had acetylene-fueled headlights. It also had coal oil lamps on the windshield that provided easier and safer illumination for the T, according to Charlie.
He also said the Model T was a “self-starter because you have to start it yourself.” Many brass cars were hand-started by a crank inserted through the front of the car into the engine and this 1911 Model T was one of those hand-crank-to-start cars. 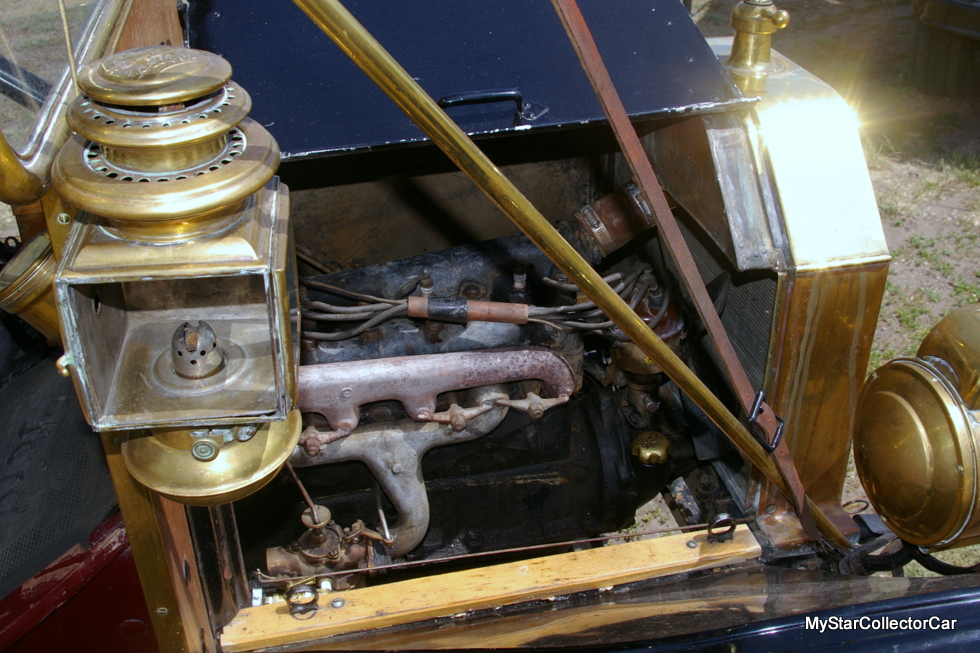 The car was named Old Glory by the paint salesman and Charlie’s father kept the name after he became the proud owner of the Model T. 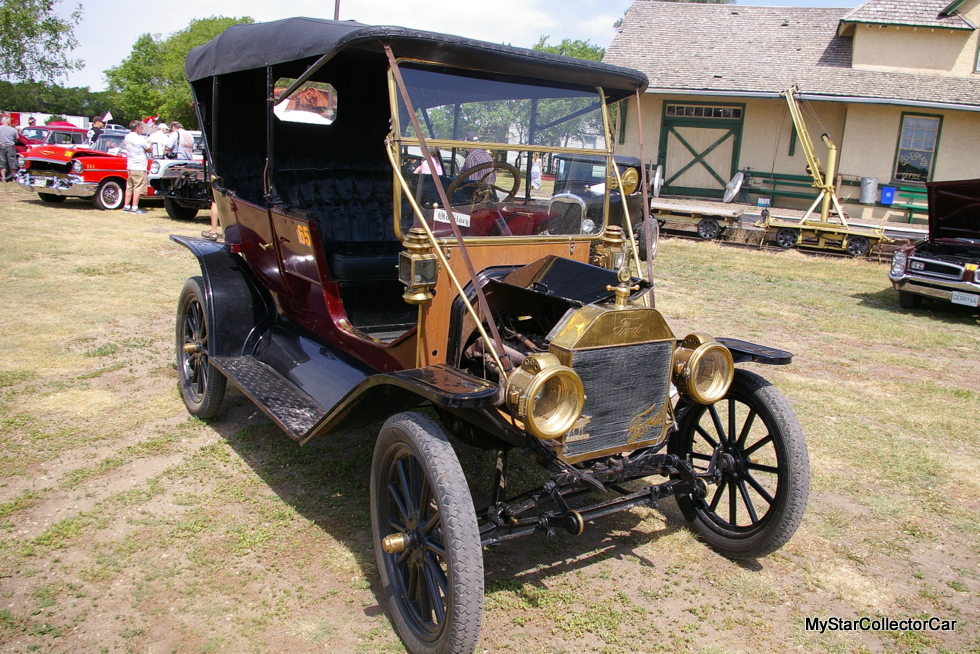 We often talk about the bond between cars and their owners in our MSCC stories. The bond between this 1911 Model T and the Meacher family is one of the strongest we have encountered in the collector car hobby because Dick still rides with his family every time they drive it.

His ashes are in the carbide tank and his memory rides in the car with his family.