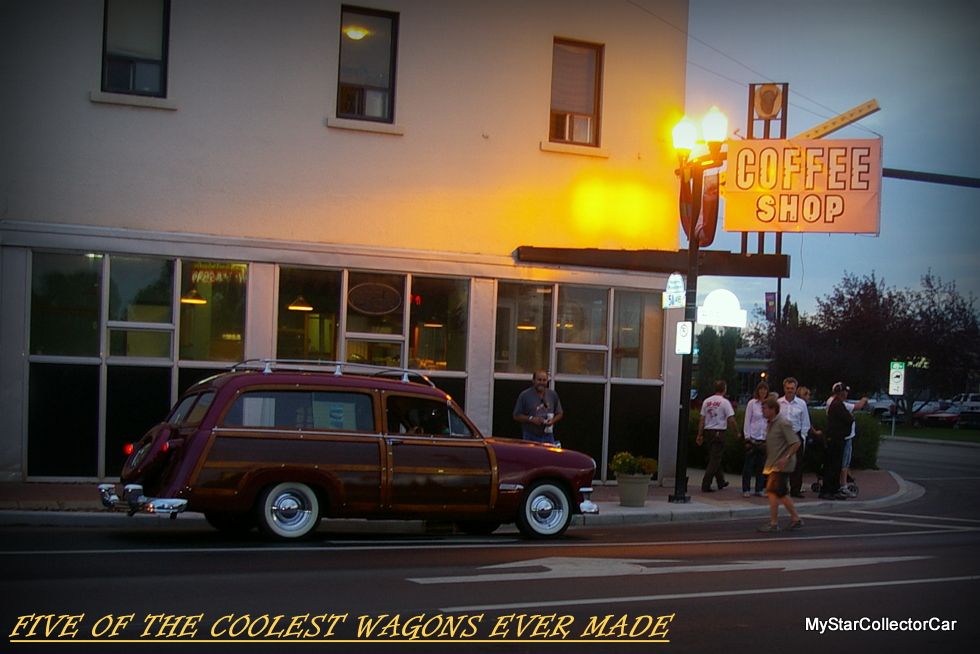 The station wagon was a purpose-built car in its heyday after World War Two.

‘Its main purpose was to transport an unruly mass of kids who were a direct result of the post-war population explosion in North America known as the Baby Boom.’

Station wagons excited few people during their heyday, but old wagons have gained plenty of steam in the collector car world because nostalgia has driven up the value of vintage station wagons. 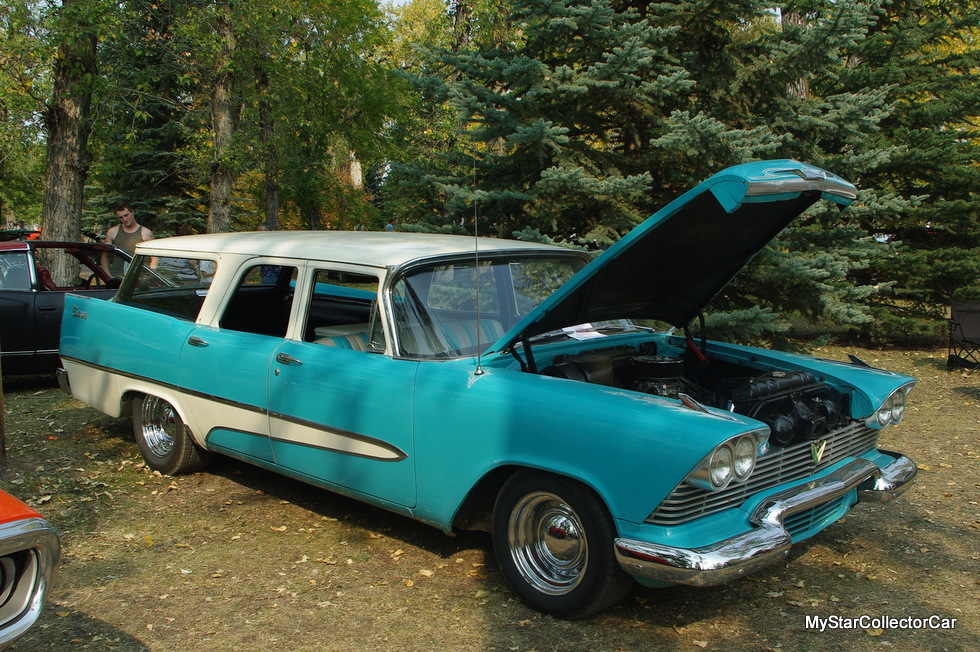 Most old wagons are long gone-save for the occasional and largely accidental guest appearance in an old family home movie.

We at MyStar were not huge wagon fans in general when we were young and foolish, but there are a few old station wagons that were cool right from the factory.

The late 40s and early 50s wagons had an inherent style to them, largely because of the body lines and generous application of wood (real and fake) veneer side panels on them. A premier example of a cool wagon from this era is the 1950 Ford Woody wagon. 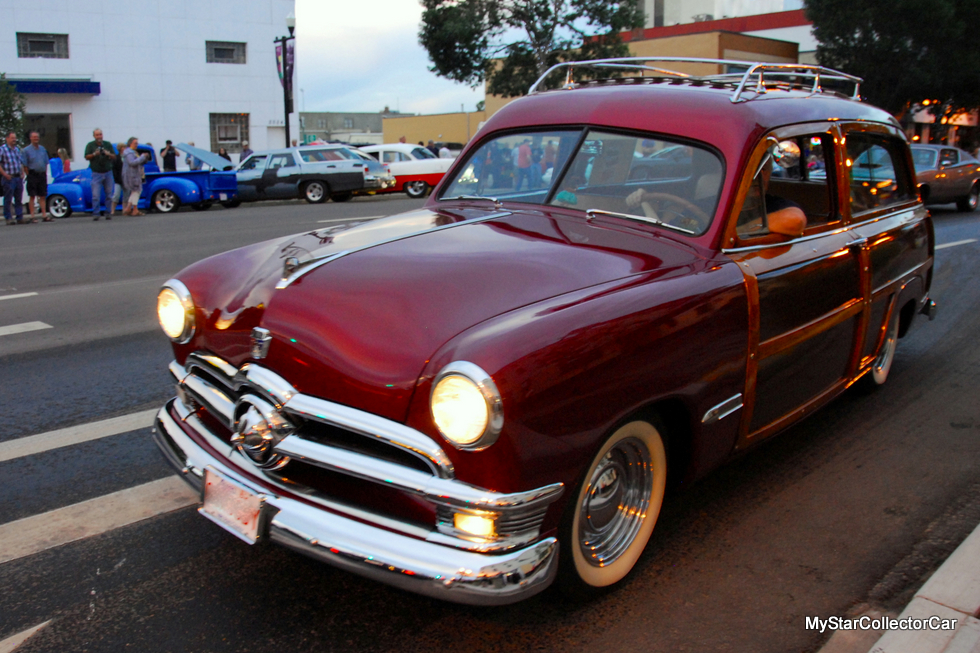 The 1950 Ford was destined to be cool in any model. However, the Ford Woody station wagon version ran at the front of the pack and is considered to be one of the most valuable wagons from the post war automotive world. Whatever the cost, it is a small price to pay for this amount of station wagon coolness. 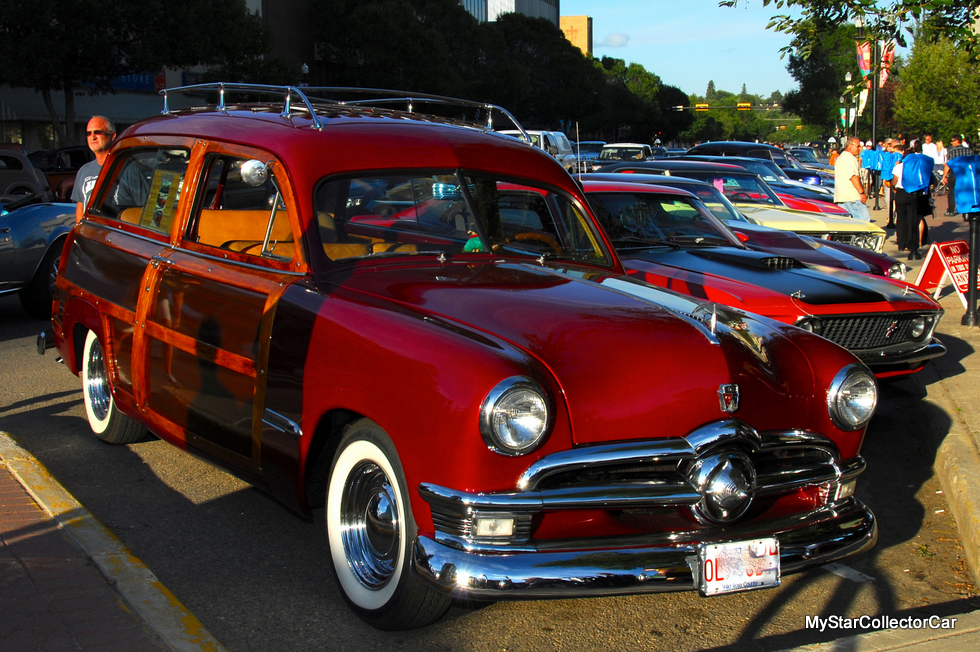 Late 50s automotive style philosophy put big fins on most Big Three rides and these winged wonders were also a platform for very cool station wagons. Fins and long roofs were a great match in the style department, so it was difficult to pick a clear winner from the late 50s with all the great finned candidates.

We chose the 1959 Dodge Custom Suburban station wagon from Canada because it was a unique wagon with a Dodge front end and Plymouth fins. They are known as “Plodges” because they were a hybrid of Plymouth and Dodge built for the Canadian market. 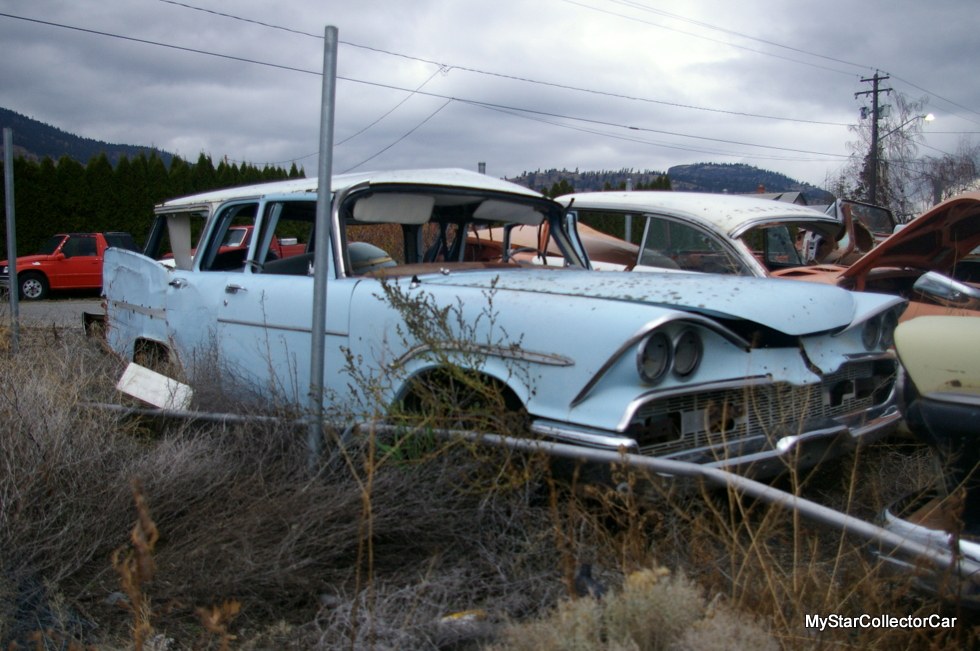 The 1959 Dodge station wagon from Canada is a very cool blend of style with its unusual mix and match body combination from two famous Mopar brand names. 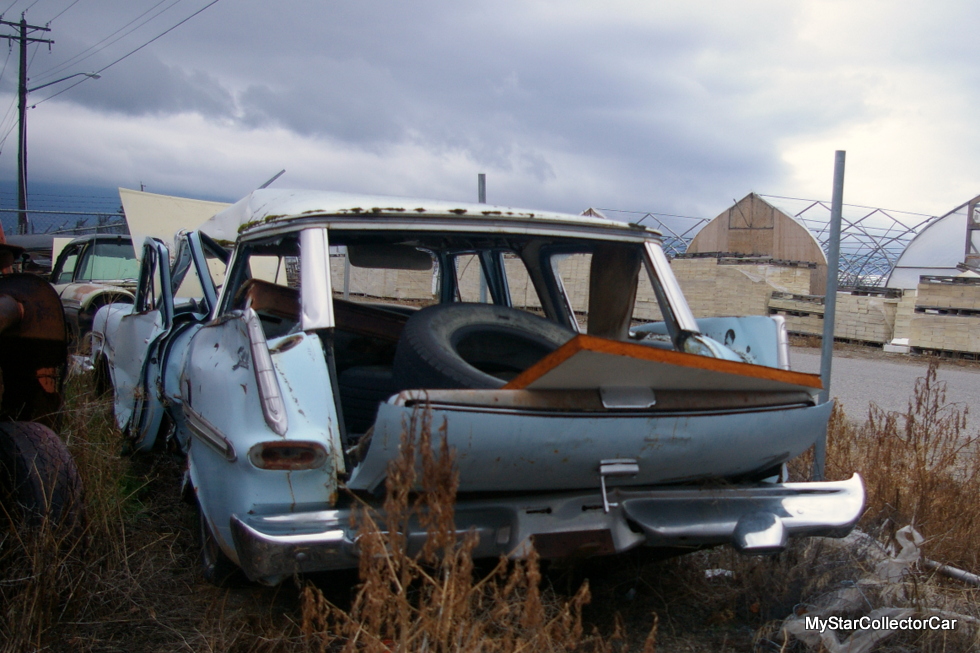 One of the coolest station wagons built in the 1960s was the Olds Vista Cruiser. These GM rides were so cool that kids from that era actually had a legitimate reason to brag about their family wagon when their parents bought a Vista Cruiser. 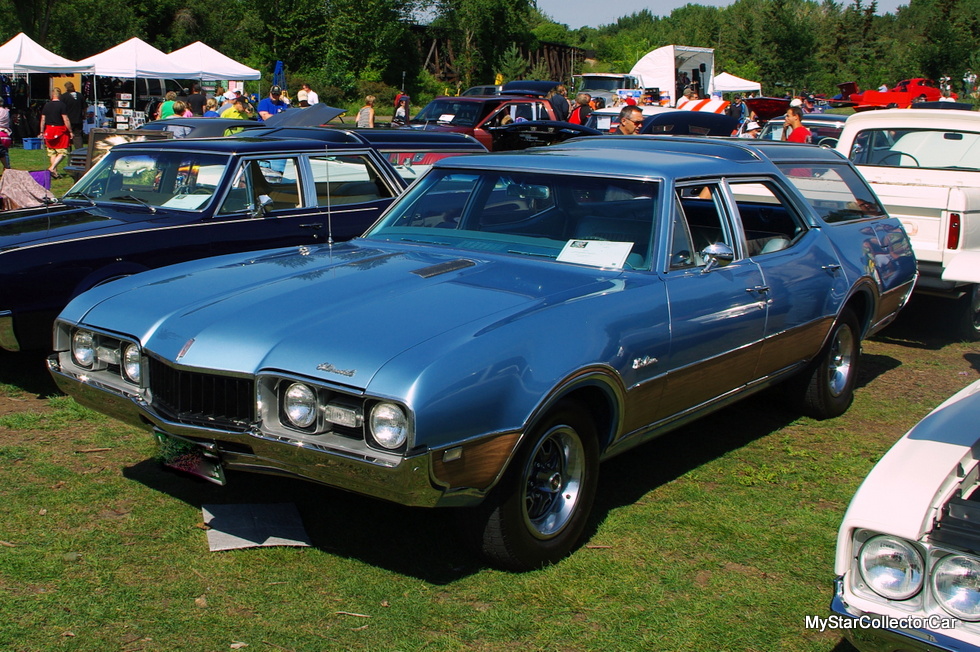 The Vista Cruisers had that “it” factor with a sporty style on a typically non-sporty vehicle (station wagons). The body curves were all in the right places and the raised roof with the glass insert gave the Vista Cruiser a big edge on their Motown rivals in the cool 60s wagon competition. 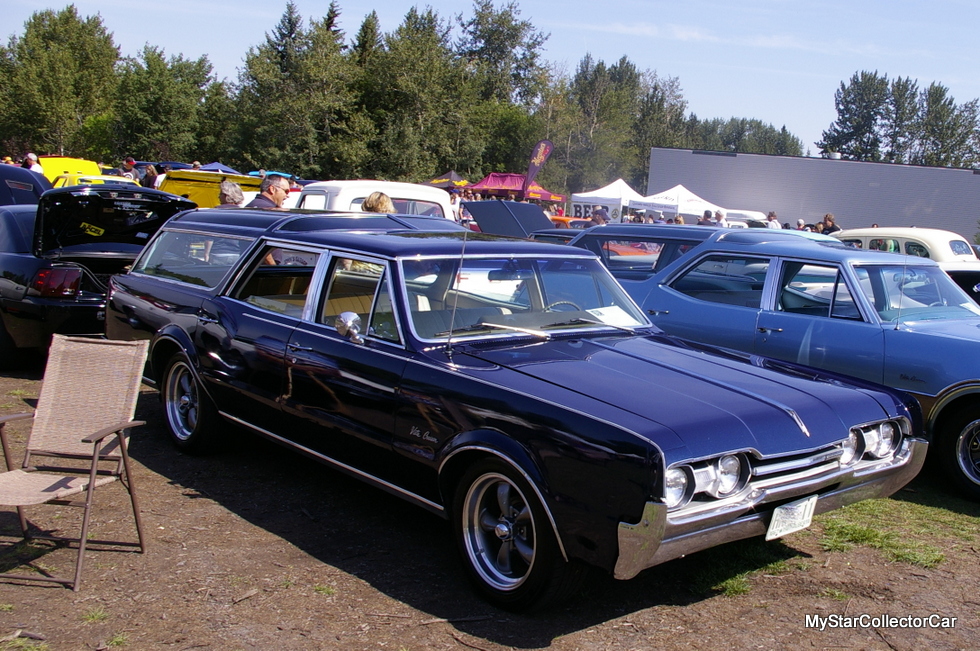 One of the coolest wagons of the 70s was not even built by a Detroit car company. In fact it was built in Sweden by Volvo, a company whose main claim to fame in the 1970s was to build cars that looked like refrigerators on wheels and were much beloved by college professors. 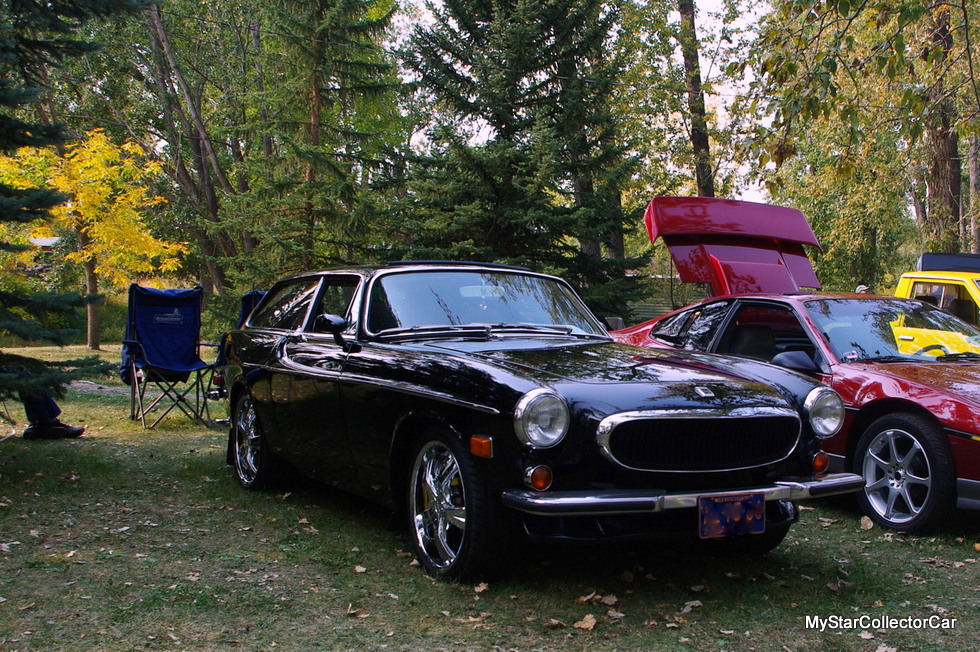 The Volvo P-1800 ES was a complete departure for Volvo because the ES was a wagon that was so cool it made many of us forgive the Swedes for ABBA in the 70s. The P-1800 ES is still one of the coolest station wagons. Maybe because it was built for exclusively for style-not soccer moms-during its brief 1972-73 production run. 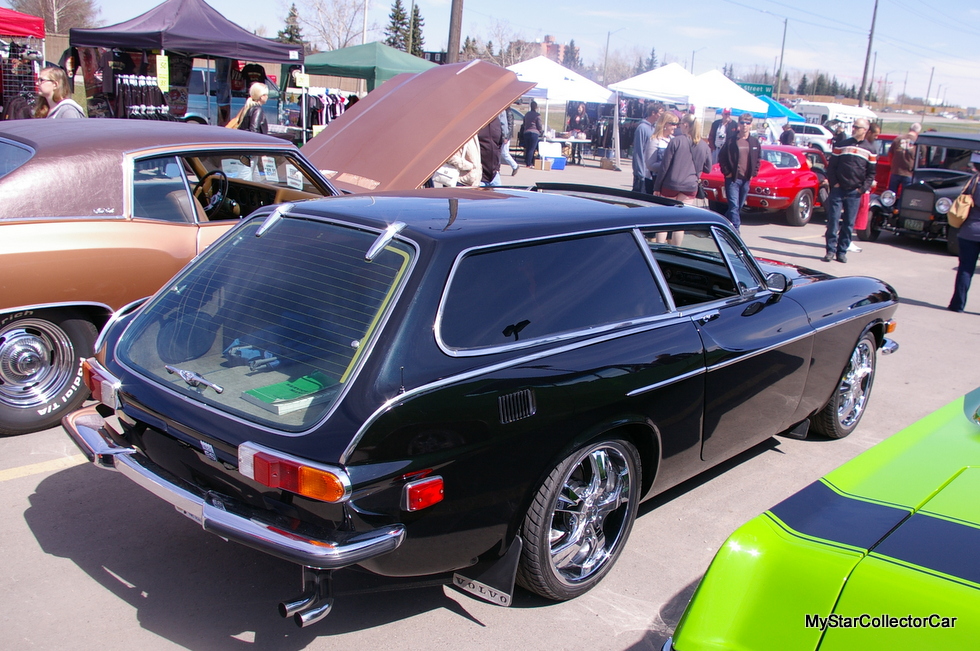 We believe the P-1800ES was an influence on the people who designed the 21st century addition to our list of cool station wagons. The Dodge Magnum station wagon roof swept down on the rear section in similar fashion to the P-1800 ES. 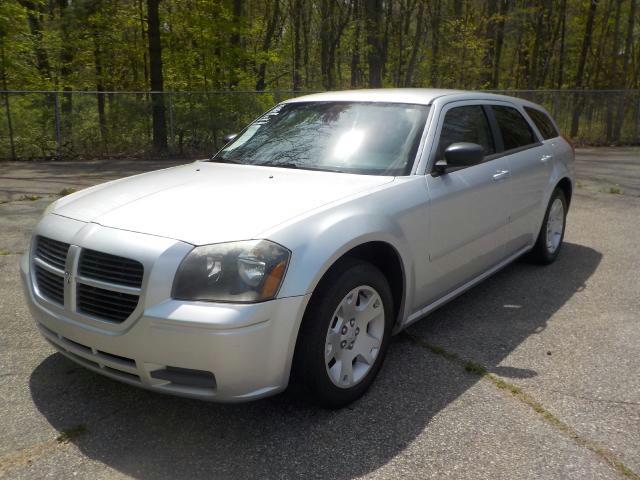 The Magnum also looked much tougher and more muscled-out than a typical wagon during its 2005-08 model run because it had serious performance options.

The Hemi option gave the Magnum wagon instant street credibility and it is a safe bet that Junior was never late for practice when Mom was behind the wheel of a Hemi version. 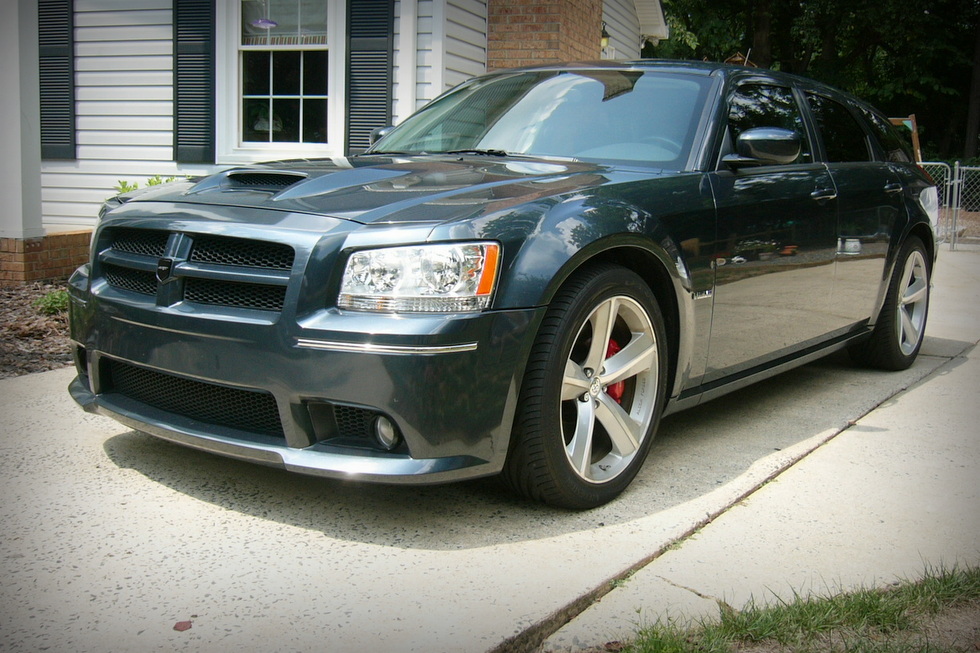 Millions of station wagons have come and gone since the end of World War Two.

But some of them were just a lot cooler than others.