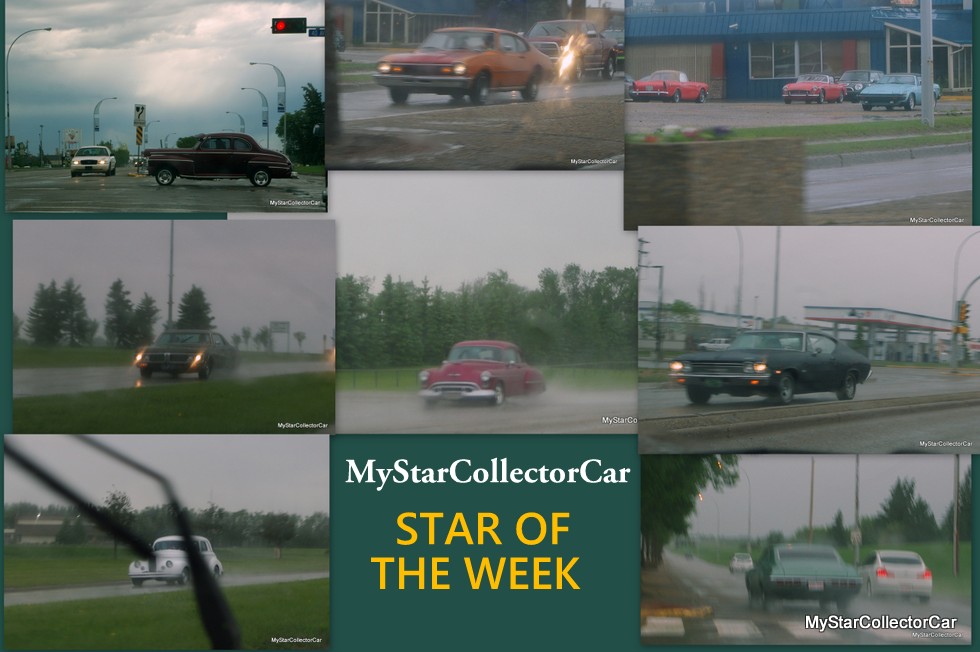 MSCC JUNE 12 STAR OF THE WEEK: THE RAIN, THE CARS AND OTHER THINGS

Rain is the biggest threat to car shows despite what The Cowsills said.

‘The Cowsills released a single in 1967 called ‘The Rain, The Park and Other Things’—a hippie era vision of flowers in the hair, free love and warm rain showers.’

It’s nothing like that at a car show because rain is the bitter enemy.

The MSCC Star of the Week are these car guys who braved a massive storm after it demolished a show yesterday—it was the rain, the cars and other things. 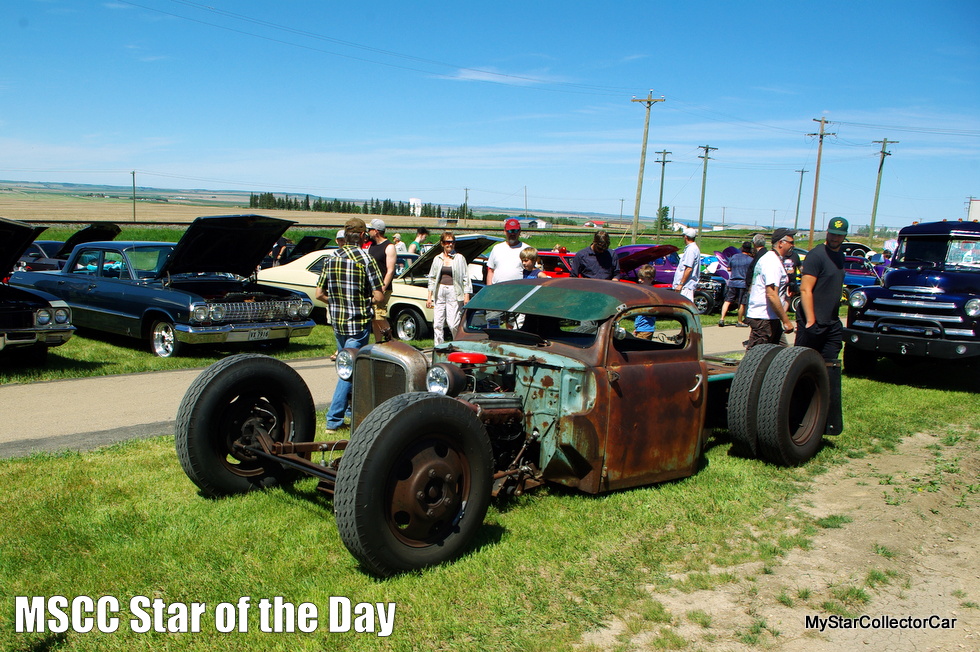 MSCC JUNE 11 STAR OF THE DAY: THIS IS A BOLD STATEMENT ON SIX WHEELS

Rat rods have their own set of rules.

‘There’s a nod to hot rod history because these rides are cobbled together the old-fashioned way with parts from wrecking yards and stuff guys have lying around the shop.’

The other part of the equation is an ‘anything goes’ freestyle attitude to the build.

This MSCC Star of the Day rattie is a bold statement on six wheels. 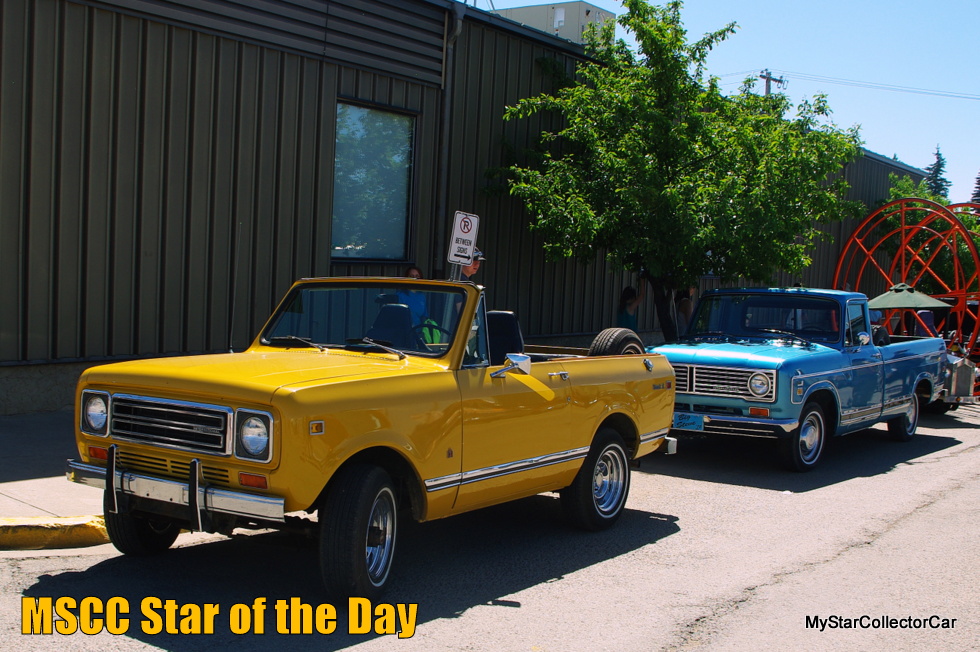 MSCC JUNE 10 STAR OF THE DAY: A LITTLE IHC MAGIC AT A RECENT SHOW

IHC people are some of the most dedicated owners in the hobby even though their numbers are small.

They love their old Light Lines, Travelalls and Scouts plus they have a big attachment to the bigger IHC iron.

‘IHC gatherings are more like a cult meeting because IHC guys love to mingle and talk International-speak with fellow owners plus they like to travel together en route to a car show.’

This MSCC Star of the Day is a good example of IHC magic at a recent show. 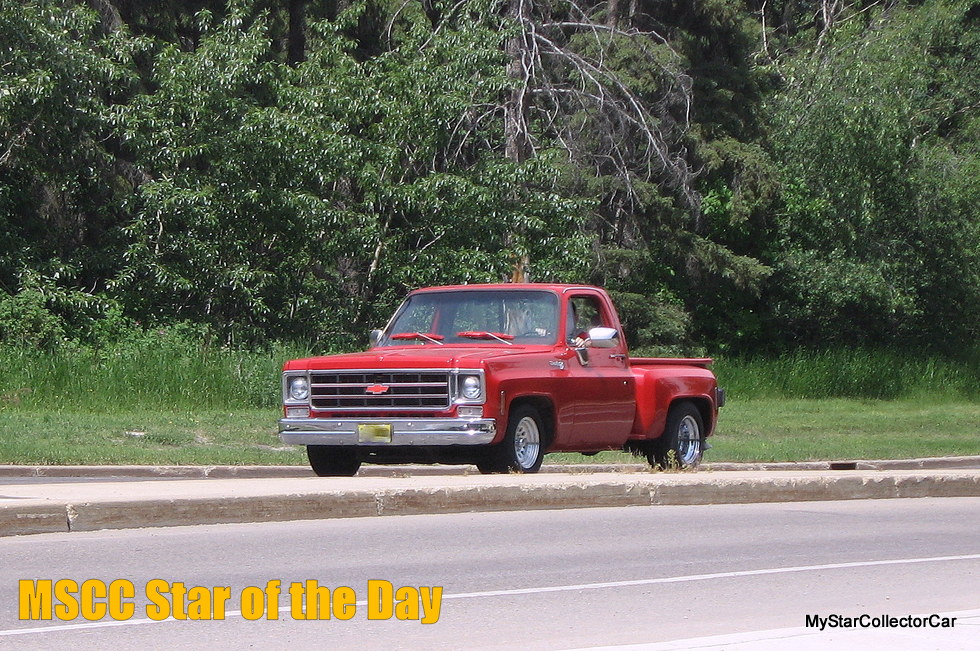 ‘These trucks were instant classics so the next generation square body era were never given the same respect as their older brothers.’

That’s starting to change because the square body Chevy is finally gaining respect in the hobby.

This MSCC Star of the Day short box Chevy square body is a great example of the next big thing for classic bow tie truck guys. 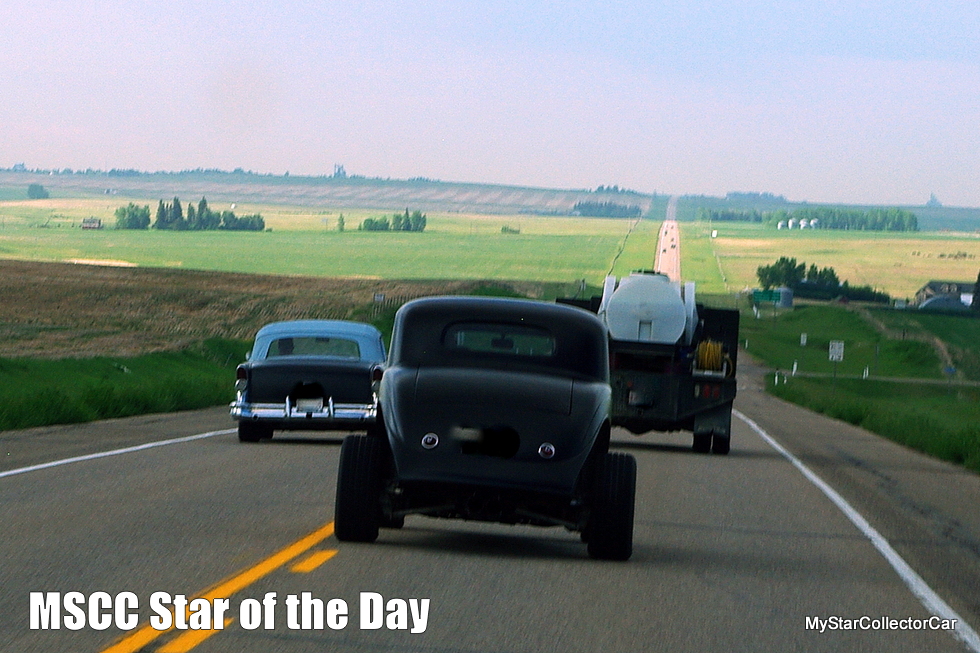 MSCC JUNE 8 STAR OF THE DAY: THE ANSWER TO THE QUESTION—CAN OLD IRON KEEP UP IN TODAY’S TRAFFIC?

Some guys are reluctant to run old iron on today’s roads.

‘They’re worried about the old brakes, the old steering, the old tech engines, no seat belts, no air bags—it’s like they lost every milligram of adventure DNA they ever had.’

Sure the old iron is more of challenge on the road but that shouldn’t mean you park them out of fear.

This MSCC Star of the Day is the passing lane answer to the question—can old iron keep up in today’s traffic? 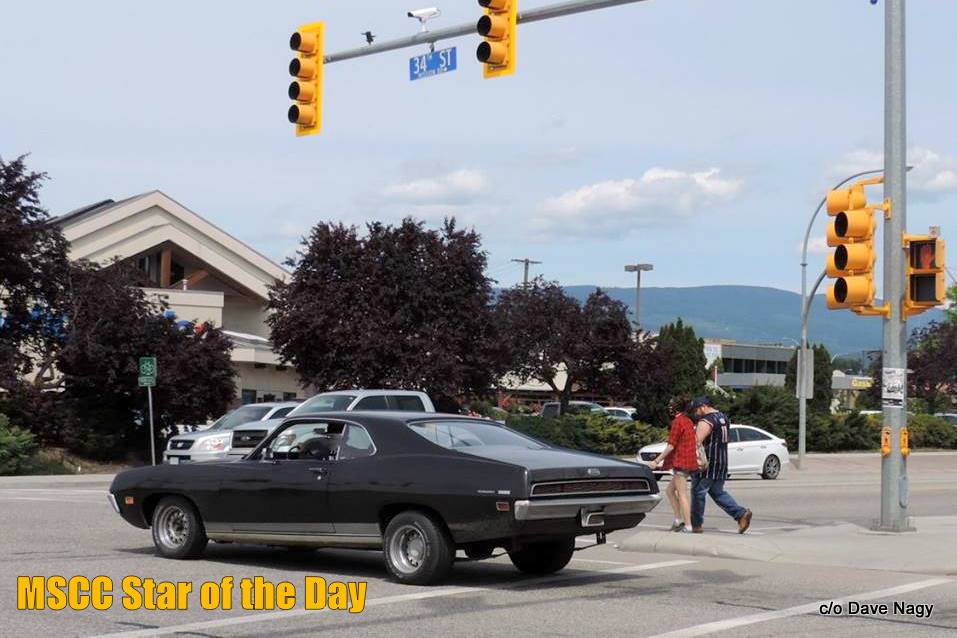 Classic iron of any pedigree is a pretty unusual sight in 2016 traffic but the odds go up with certain vehicles.

‘For example, if you do see an old ride in traffic the chances are good that it will be a 60s or 70s era Camaro or a late 40s to early 70s Chevy truck because they are still fairly common because they built millions of them.’

This MSCC Star of the Day Torino in traffic a few days ago is definitely one of those rare appearance rides. 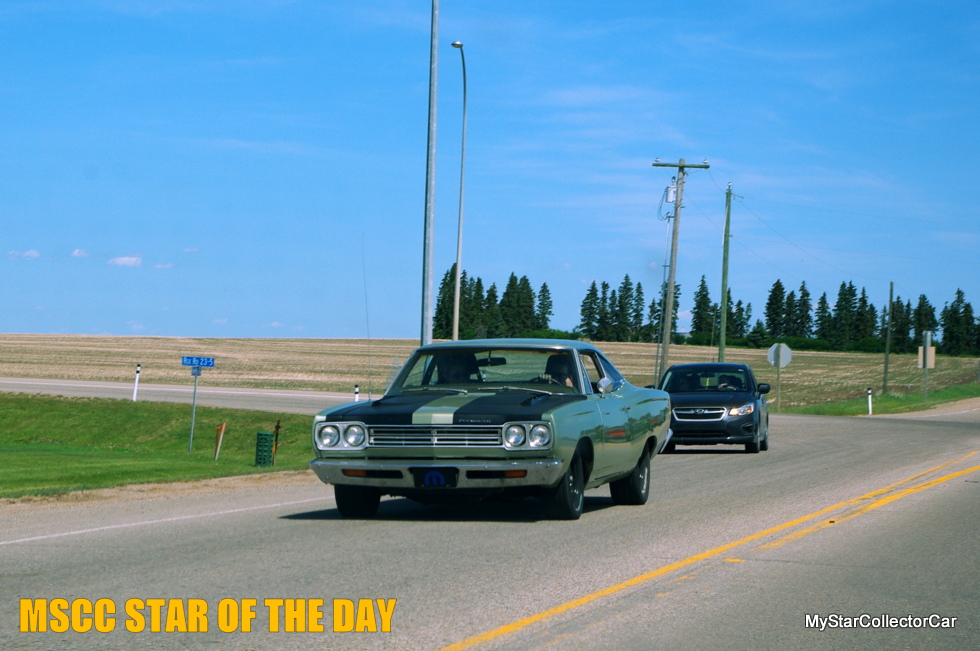 MSCC JUNE 6 STAR OF THE DAY: ’69 ROAD RUNNER—WHEN YOU REALLY WANT TO BE AN OUTLIER

Malcolm Gladwell coined the term “outlier” to describe a person who exists outside the norms of society.

Not many people are true outliers but many try.

‘They’ll try to be an outlier by doing something like dying their hair green, inserting metal rings in their eyebrows or they’ll buy a new Harley to join the 270,000 other guys who buy new Harleys  every year.’

Or they can be a true outlier like the guy driving this MSCC Star of the Day ’69 Road Runner last Saturday.