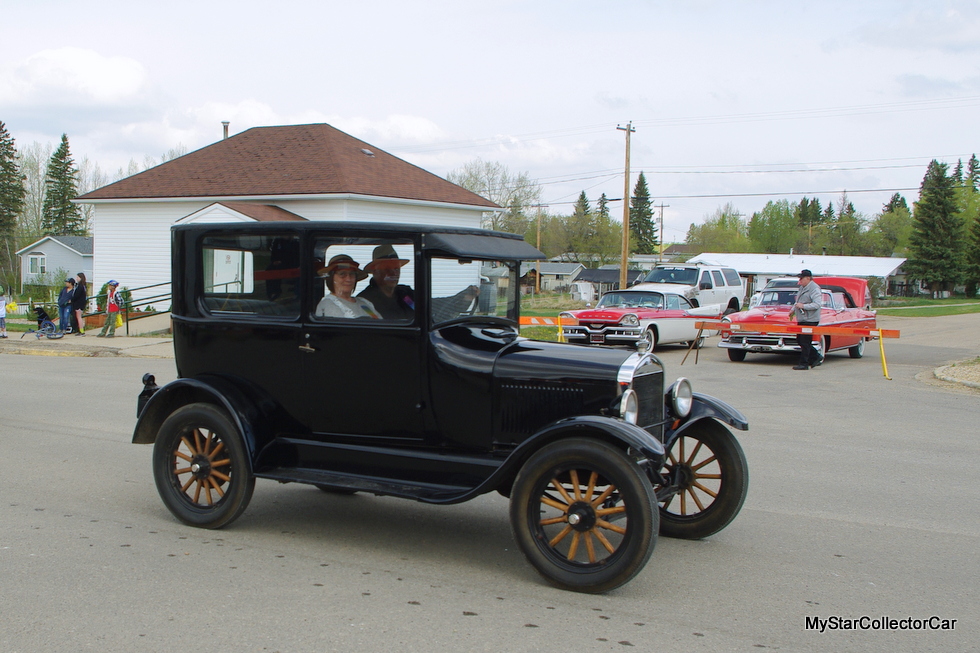 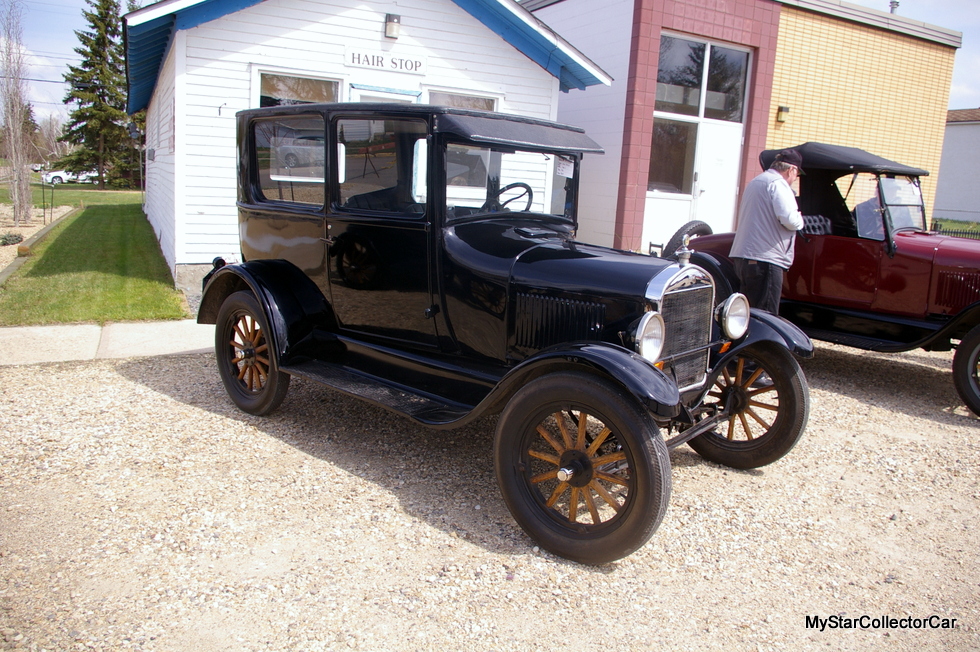 Wayne Anderson is the current owner of a 1926 Ford Model T two-door sedan that was previously owned by his uncle; a dyed-in-the-wool Ford guy who also had a racing career in his car history.

Wayne was well aware of the Model T when his uncle was its owner.

The Model T was restored by Wayne’s cousins who were able to tackle the body and mechanical issues on the vintage sedan because one of them was a licensed body man and the other was a licensed mechanic. 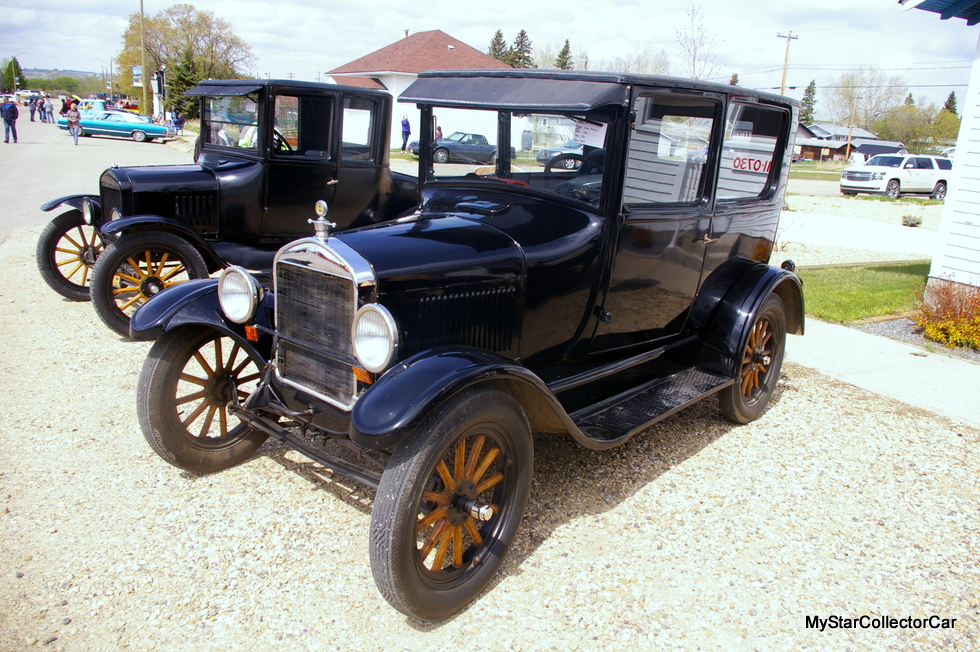 Neither of Wayne’s cousins were interested in the Model T when their father’s became available to them, so Wayne decided to become the newest owner of his uncle’s beloved car about 1 ½ years ago. 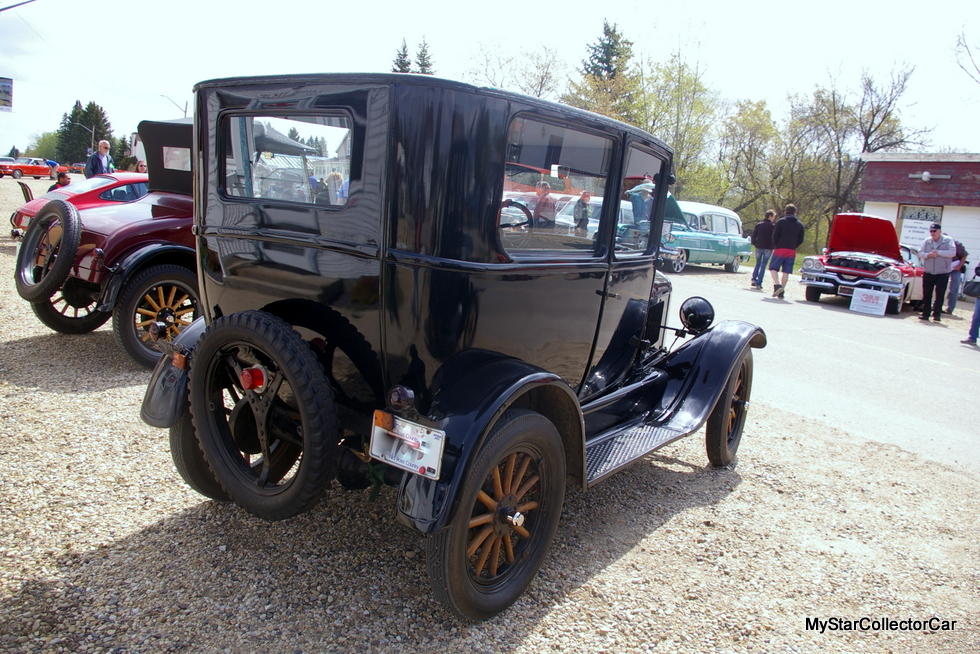 The ’26 T would stay in the family with an owner who respected the legacy behind the vintage Ford.

The Model T is essentially a stock version of the famous Henry Ford product but it has undergone a few adjustments over the years. For example, it now has a signal light system that helps modern motorists understand the direction chosen by Wayne while he is on the road because most 21st century drivers are not familiar with traffic hand signals used by early 20th century drivers. 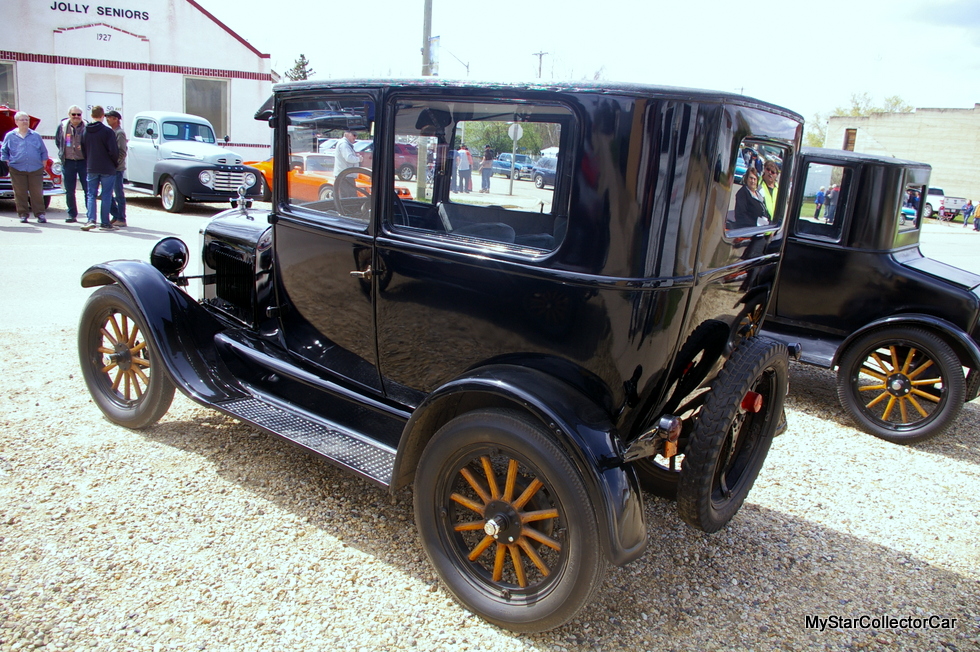 Wayne’s Model T also has a water pump because he did not want to overheat his car while it was in a parade. The original Model T engines did not have a water pump and instead relied upon a circulation system based upon the physics behind hot water/cold water motion. 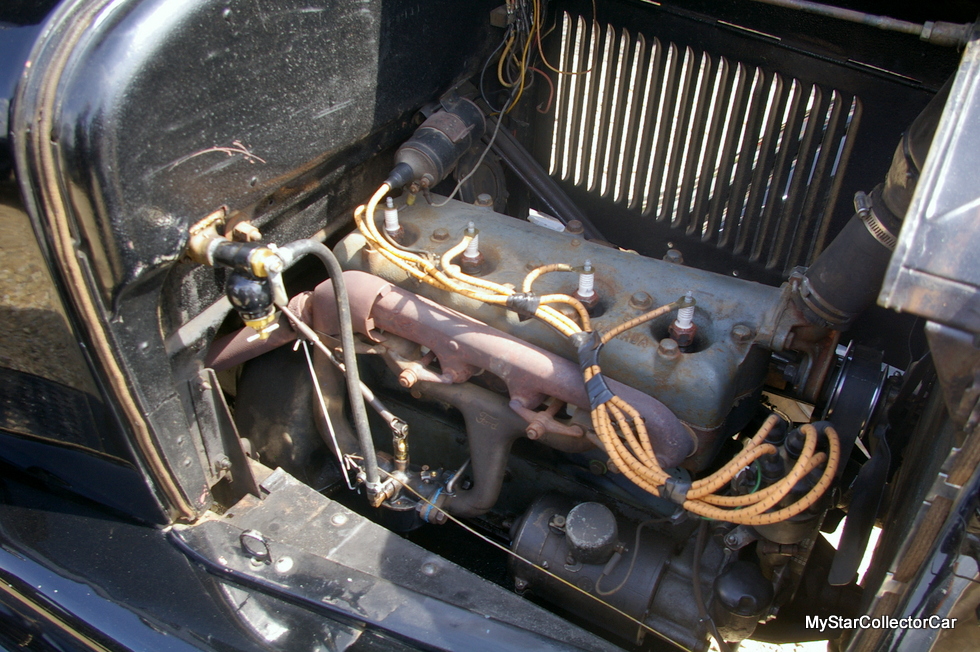 Wayne’s T has an upgraded electrical and ignition system that now has a distributor, coil and generator to handle the firing and charging requirements for the car. The gravity feed of the fuel system is still a part of the process in Wayne’s T–although its location in the front cowl makes the process more efficient for the engine than earlier Model T versions. 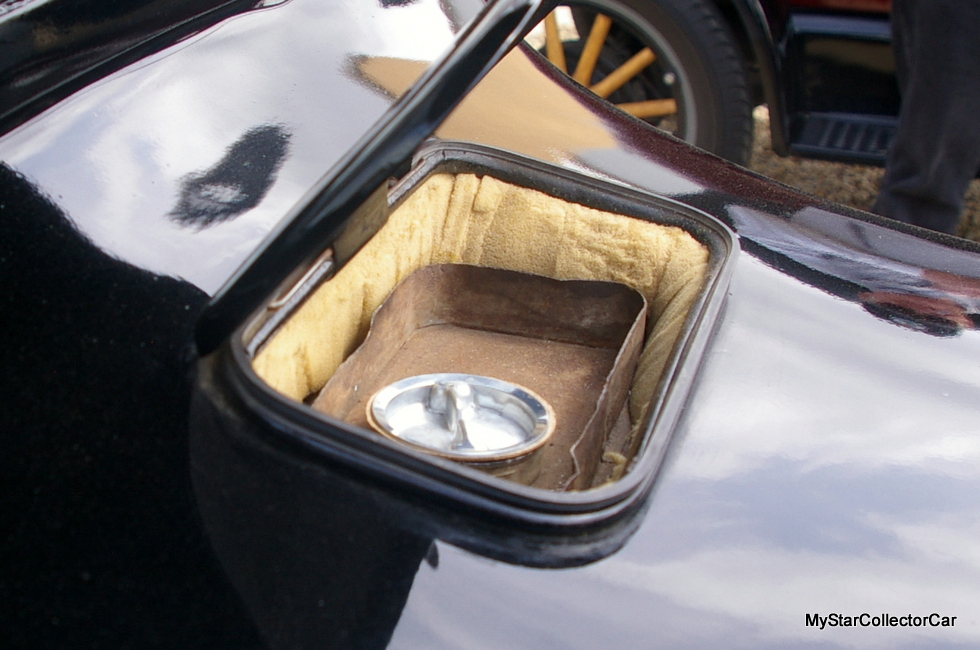 Wayne added that his Model T still has challenges on a grade because it relies upon the effects of gravity and not a conventional fuel pump.

Wayne’s uncle refurbished the interior on the Model T and now the sedan offers a comfortable fit for passengers. 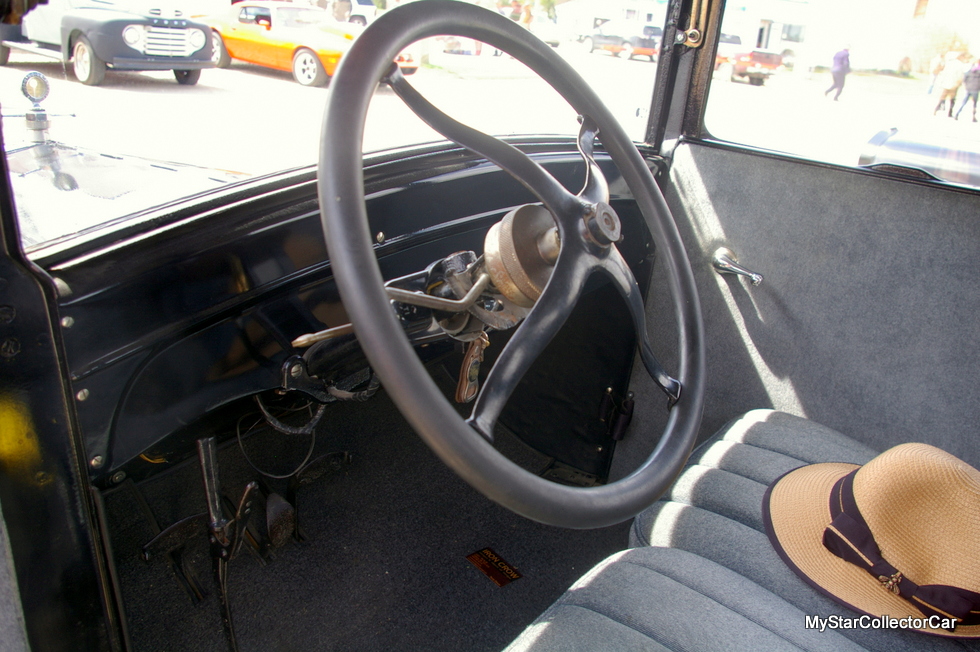 There are plenty of levers and pedals in a Model T so a driver must understand how they work before they attempt to drive one of these unique vehicles.

Wayne learned how to pilot a Model T after a close call during his first lesson when he was able to stop the car just in time–and before it crashed into a solid object.

Wayne explained how the car only has rear mechanical brakes that are engaged by either the tall hand lever to the left of the driver or the floor pedal where most cars have a gas pedal. The hand lever is also a neutral and drive lever that is connected to the transmission and engaged by a mid (neutral) and full forward (drive) position on the device. 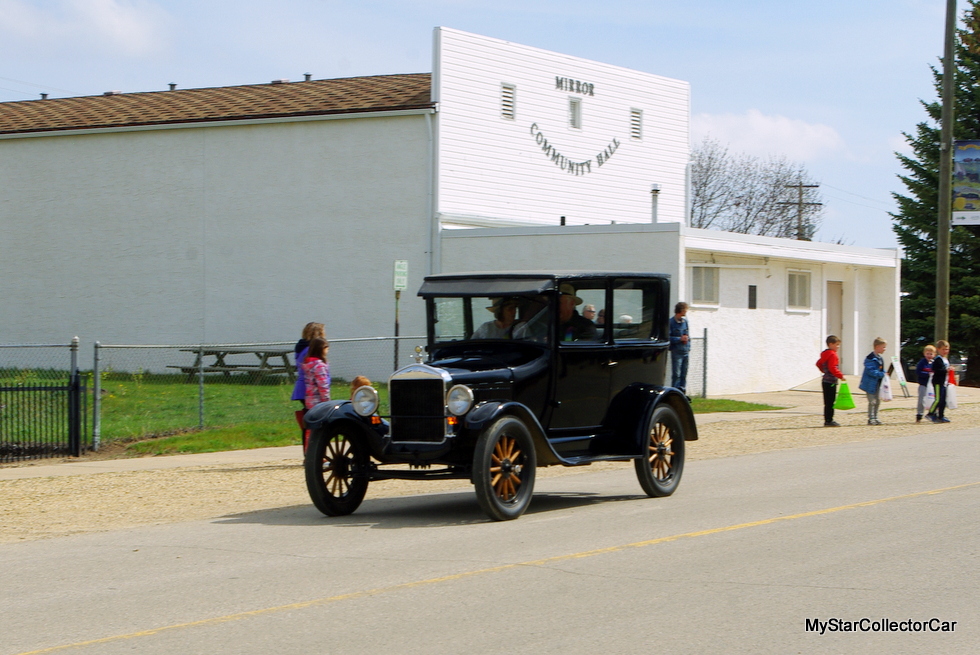 There are actually three pedals on the floor of the Model T and the middle pedal engages reverse on the car; while the far left pedal is part of the high/low system for speed purposes. 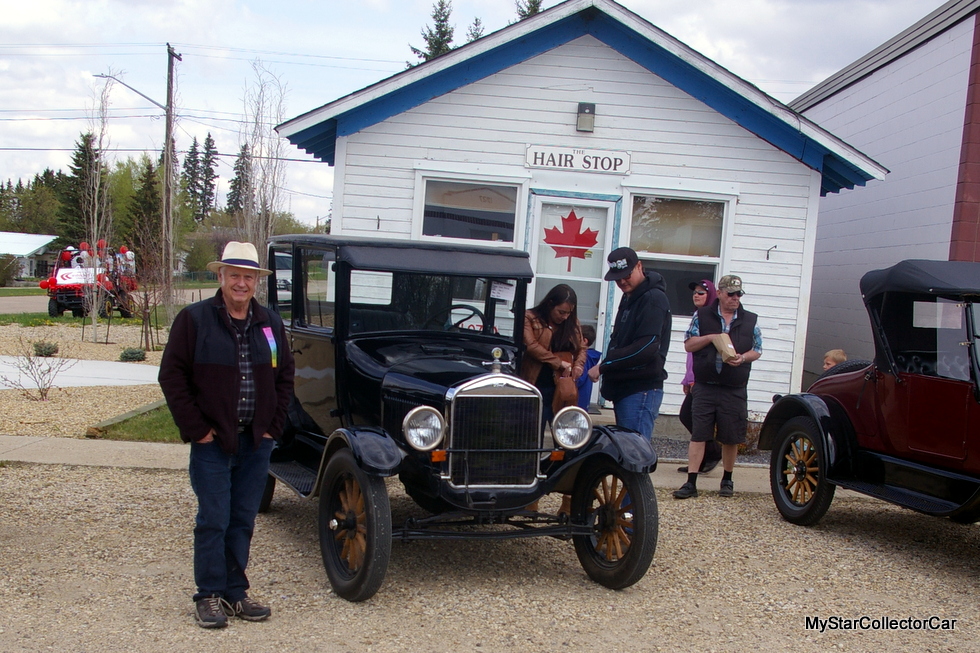 Wayne’s cousins may not have been interested in their father’s Model T because they “made 15 million of them”, in their words but Henry Ford made this particular T for Wayne’s uncle-and that made it a family legacy vehicle for Wayne.