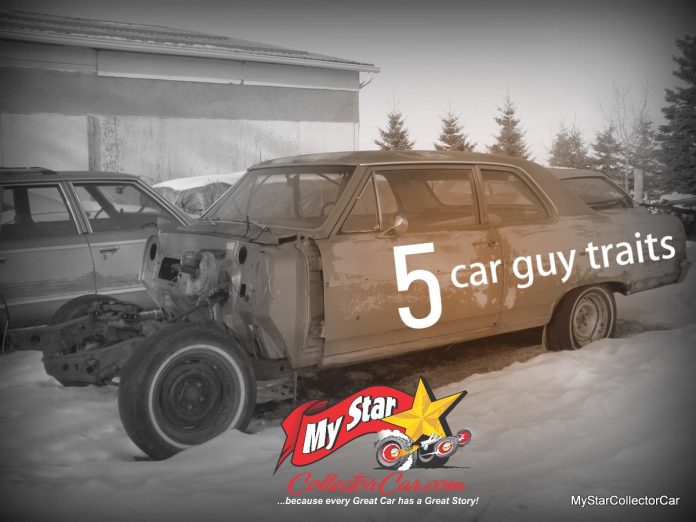 There is little doubt car guys swim upstream in society mainly because most people do not see the magic in the car hobby.

The road ain’t easy for car guys when they choose to tackle a project because most projects are a sincere effort to turn back the hands of time, whether the builds fall into a restoration or resto mod category. The road will be filled with unexpected ambushes that will severely test the mettle of car guys, as well as their marital relationships when the inevitable cost overrun issue creeps into the project.

Therefore, MyStarCollectorCar will add five important car guy traits that rise to the top during the project phase.

The first trait is sanity because successful car guys need to disconnect from reality in a batsh*t crazy kind of way to finish a build. The grim reality is nothing ever goes according to plan because a build is a complicated process, complete with a generous array of minefields along the way. Smart and slightly insane car guys will ignore this factoid because they want to concentrate on the project and not the obstacles in the way of its completion.

The second trait found in car guys is one MyStarCollectorCar borrowed from a reader when he responded to another MSCC article. He called it “unbridled optimism” and we strongly agree with him. Most car projects are 1 step forward and 10 steps backward during the bulk of the process, so a strong sense of optimism is absolutely necessary to achieve success during a build.

You need to clearly see the finish line when you begin a project, therefore unbridled optimism is an integral part of the big picture for car guys, otherwise the complexities of most builds will overwhelm them.

The third car guy trait needed for a project is a giant bucket of patience because car builds are not meant to meet deadlines–despite the best efforts of mediocre TV car guy show scriptwriters to set deadlines. Additionally, Rome (and a quality car project) will not be built in a day. Smart car guys will recognize the value of patience in their build process and avoid the slap-dash approach like it was the Bubonic plague inside a sketchy hand grenade with a hair trigger.

The fourth car guy trait is finely tuned negotiation skills because the longer and more costly the project becomes, the more it is a major factor with brides. A garage bulging at the seams with a project vehicle and parts (with no room for a daily driver) will become a hot button debate topic that will never get old for a car guy’s bride, so good negotiation skills are a must. Unless the car guy knows a great divorce lawyer.

The fifth and final car guy trait is determination. A difficult car project will suck the essence of life out of a car guy and requires an enormous amount of determination to hit the finish line. Most car projects do not reach the finish line because the owners run out of time, money, or lifespan (or any combination of the three) before the project’s completion.