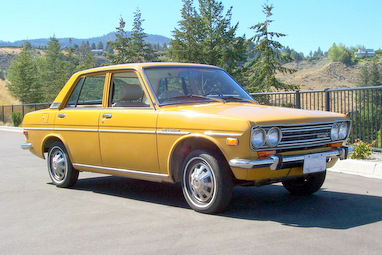 There’s a painful reality outside the car hobby that few people inside the hobby can truly understand.

Not everyone is a car guy.

You hear those words occasionally and take them for face value but is it true?

Scratch the surface of the most uncommitted car guy on the planet and you’ll find his inner car guy.

Brian Saby is one of those guys.

Brian Saby is a dentist who specializes in the cosmetic side of dentistry where things have to be perfect and symmetrical but his first car displayed neither trait.

He explained the story behind his Datsun 510, “I purchased “Dick the Datsun” from Kipp Scott Pontiac Buick in the spring of 1977 for $600. It had been crashed and the right quarter panel was crushed. I took it home, pulled the quarter panel off and “fixed it” with a sledgehammer”.

Brian was careful to point out his skills and tools are far more precise in his professional world.

Despite his sledgehammer bodywork approach Dick the Datsun was Brian’s first car so it had some magic as he explained in his own non-car guy way, “You always had a warm spot for your first car”.

The 510 was important in many ways because Brian had just finished school and he’d lived life without a car but the timing was good, “Right before I got accepted into dentistry I just got a tax refund from last year and I was just about to start a construction job with lots of hours so that was about as good as it gets when you’re a broke student”. 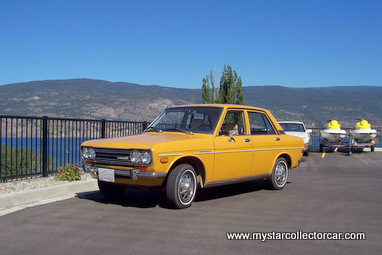 Brian nailed the real value in his bent-up Datsun, “It was really about the freedom. I finally had a car that I could jump in and go anywhere. I could drive to the construction jobs in a snappy new car ,anywhere I wanted to go. I never had a car in high school so when you get one later in life you really appreciate it-it’s like a breath of fresh air”.

Simplicity was the key to these Datsuns as Brian recalled, “I didn’t have too many problems with it but if I had to change a starter I could do it in the parking lot. If the battery went dead I’d get a Cat at the job site to push-start it.You sure can’t do that these days”. 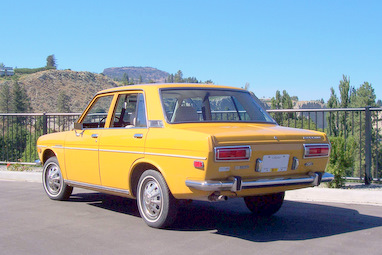 Brian stuck with the bulletproof little car for years,” I drove the car until the spring of 1980.It was pretty rough.We were out in BC at a campground one summer and the police came around for a crash investigation and they went right to Dick the Datsun because the actual crash car looked better“.

Brian finally had to make that tough decision with his first car, “ At this time, a classmate of mine sold me a grey 2 door Datsun 510 with no motor. I had the shop at the LTCHS swap the motor from the 4-door to the 2-door. I drove this car until the summer, it was not quite the same and had some problems. Dad donated his 1972 Chev Impala to the JR car fund and that Datsun was parked until the spring of 1981, when I gave it to my brother Dave.”

He admitted “Dick the Datsun” had an Old Yeller ending, “The original 510 was hauled off to Happy Harpers to begin a new life as a can or bottle opener or whatever they make out of recycled cars”.

Years have passed and Dick the Datsun has probably been recycled many times since then but uncommitted car guy Brian still misses his first car, “The original 510 was an incredibly reliable car because it required little work other than the occasional tune up kit, starter or retreads I had no problems.I changed to the 2-door because the body was so much better. In retrospect, changing the motor to another car by a group of high school kids was a big mistake. Reliability became an issue, I think that is why mom and dad gave me the Impala”. 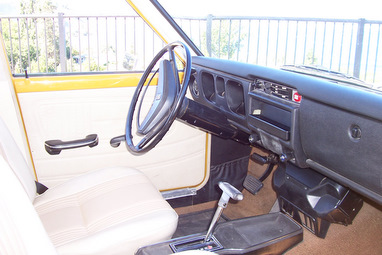 Nevertheless, non-car guy Brian is still haunted by these words, “The little orange car was getting pretty beat up so it had to go”.

Brian truly enjoys his post Dick the Datsun career at Saby Dental but he’d give anything to get the little 510 back.