Old cars are an emotional issue for car guys and nothing tops the “one that got away” scenario. The narrative is always the same-a guy sees a great car for sale back in the 60s or 70s but for some reason the sun, the moon and the stars didn’t align and he didn’t buy it.

Here are a few ads from Hot Rod magazine in the late 60s early 70s that are guaranteed to open old wounds.

Please note that the seller’s information has been blurred-nobody needs a speculation phone call for a 40-year-old ad. The seller is already in enough pain. 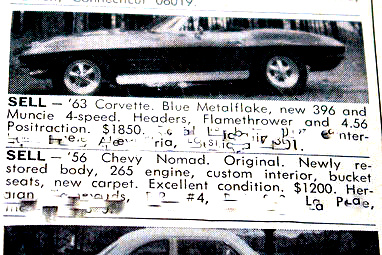 This next ad is from June 1973 but it comes with a history lesson. The OPEC oil embargo was just around the corner in October 1973 and performance was being choked out of cars by lawmakers. That, plus the fact that Plymouth Superbirds didn’t resonate with buyers in the early 70s made these cars tough to sell. Ford Talladegas didn’t fare much better. 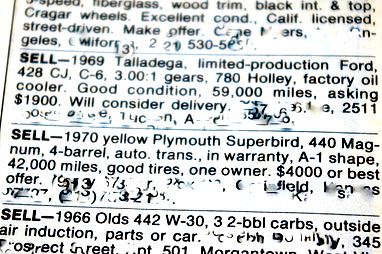 Ford had some classics from the 1960s and the 1969 Shelby Cobra GT500 was a great example. This 428 cubic inch 4 speed beauty could be had for $3600 in October 1971. If that didn’t make a kid want to drop out of high school in 71 and get a job then he was probably in drama class because the rest of us would have given it serious thought. Not a bad gamble if you like investments because even without math skills, that 1971 dropout would have been cashing in on his now $100,000 ride. 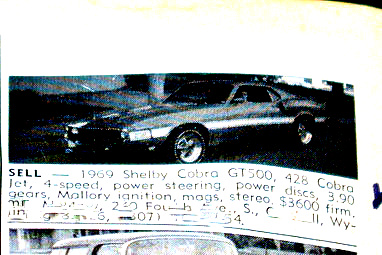 Last but not least, is the world of legendary drag racers and this original 1963 426 Ramcharger is a classic example of racing history. There’s no way to put an exact value on this legend but an authentic Ramcharger sold for 100,000 at auction and there’s no reason to believe that this one with a racing history could easily flip for the same money or better. Not a bad return on a $2000 investment. 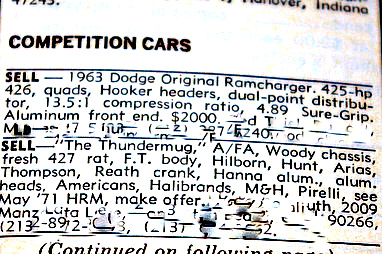 This trip down Memory Lane might not make car guys sleep better in 2011 but it sure adds credibility to the “one that got away” story.

For classic iron that didn’t get away please follow this link-https://www.mystarcollectorcar.com/