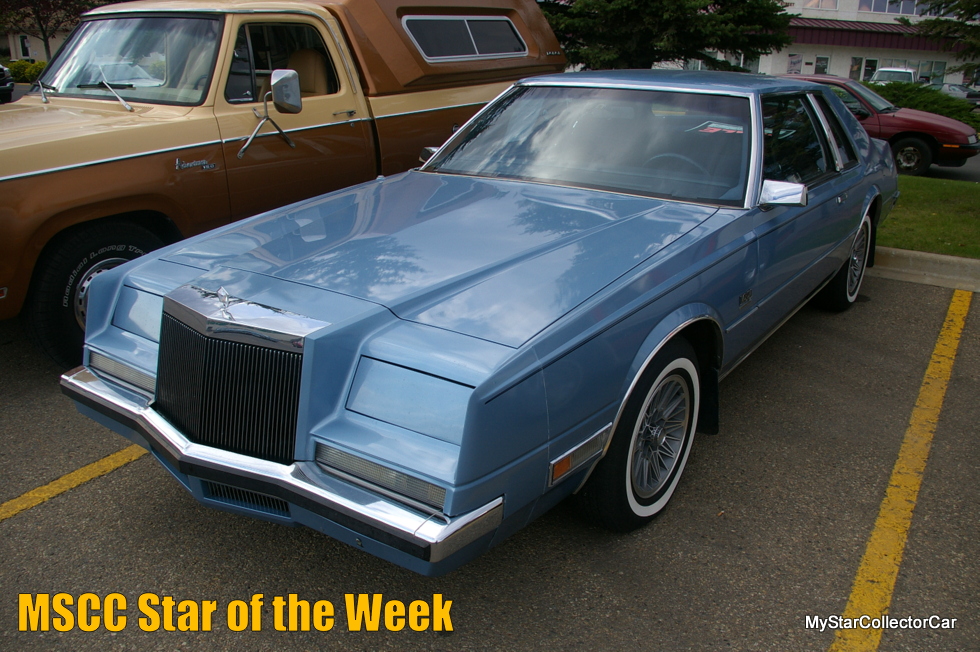 MSCC DECEMBER 13 STAR OF THE DAY: FRANK SINATRA EDITION IMPERIAL—HAPPY 100 TO THE CHAIRMAN OF THE BOARD

Frank Sinatra was no mere entertainer because Sinatra was an icon before the term “icon” became trendy and vastly overused.

Frank had friends in high places and one of them was Lee Iaccoca—the man who saved Chrysler from oblivion thanks to a quirky new vehicle called the minivan. 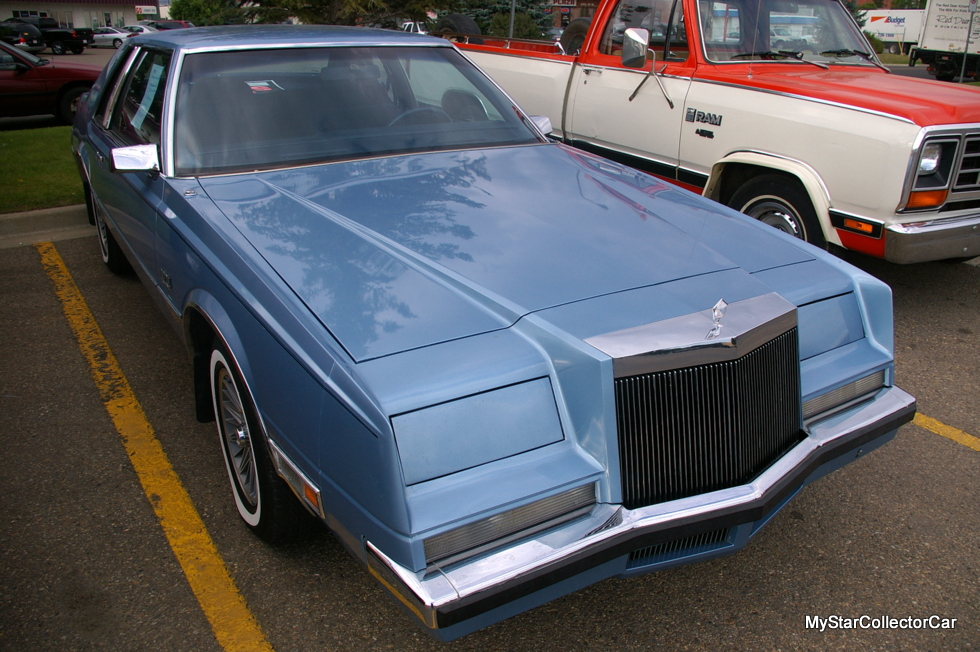 ‘Chrysler built high-end Imperials in 1981-3 for the personal luxury market and Lee thought his buddy Frank’s name would lend some style and class to the car so in ‘82 he added some Sinatra badges, Sinatra cassettes and a Mark Cross interior to the Imperial and called it the Frank Sinatra Edition.’

This MSCC Star of the Week was no contest because Frank was born 100 years ago on Dec 12th so this Frank Sinatra Edition was the perfect choice to say Happy Birthday to the Chairman of the Board.
. 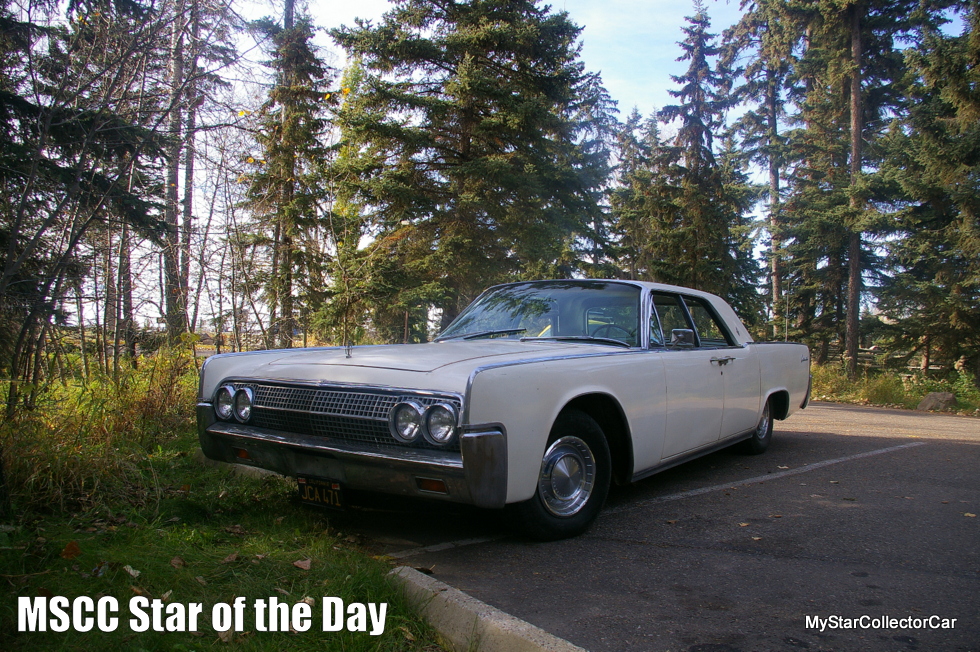 MSCC DECEMBER 12 STAR OF THE DAY: ’62 LINCOLN—THE PERFECT RIDE FOR THE CAMELOT ERA

The Kennedy era was often called Camelot because JFK was a huge fan of the musical about the legend of King Arthur.

JFK’s widow, Jacquie Kennedy quoted his favorite lines from Camelot in an interview after his death.

‘Kennedy was a huge fan of Camelot but he was also a Lincoln guy to the point where he had a small number of them for use by dignitaries during his term, his 2nd last ride was in a ’63 Lincoln, his last ride was in a ’61 Lincoln and his personal ride in Palm Beach, Florida was a white ’62 Lincoln.’

This MSCC Star of the Day ’62 Lincoln is a clone of JFK’s Florida car—the perfect ride for the Camelot era.
. 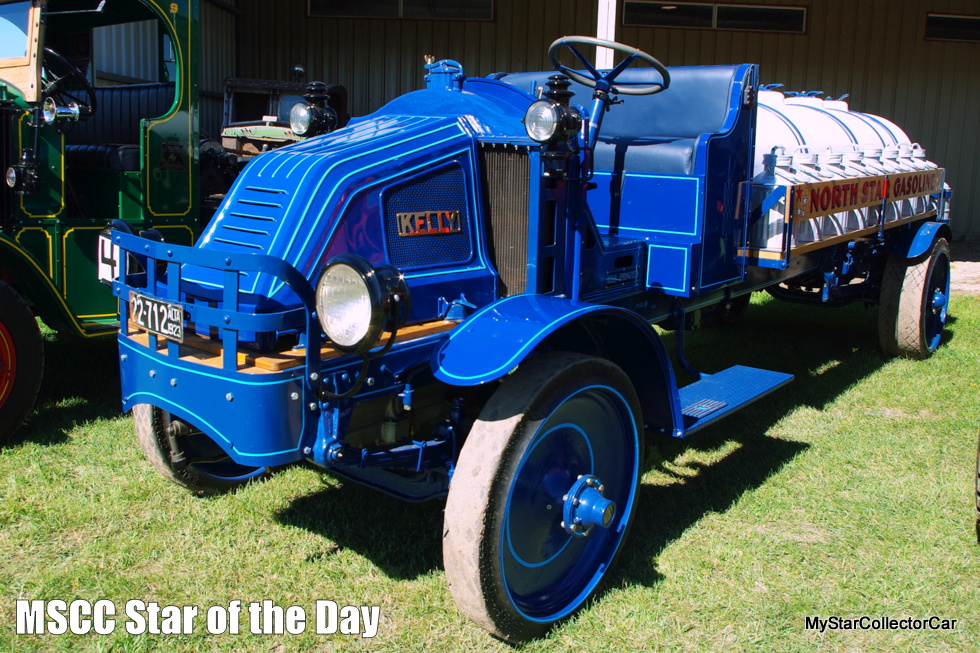 MSCC DECEMBER 11 STAR OF THE DAY: 1923 KELLY-SPRINGFIELD K-39—BUILT STRICTLY FOR WORK—NO FUN INTENDED
The lines are definitely blurred in 2015 with trucks.
Trucks used to be rough and tough, no holds barred working vehicles and now they’re more comfortable than a limousine.

The opposite of today’s trucks is this MSCC Star of the Day ’23 Kelly-Springfield truck—built strictly for work, no pun intended. 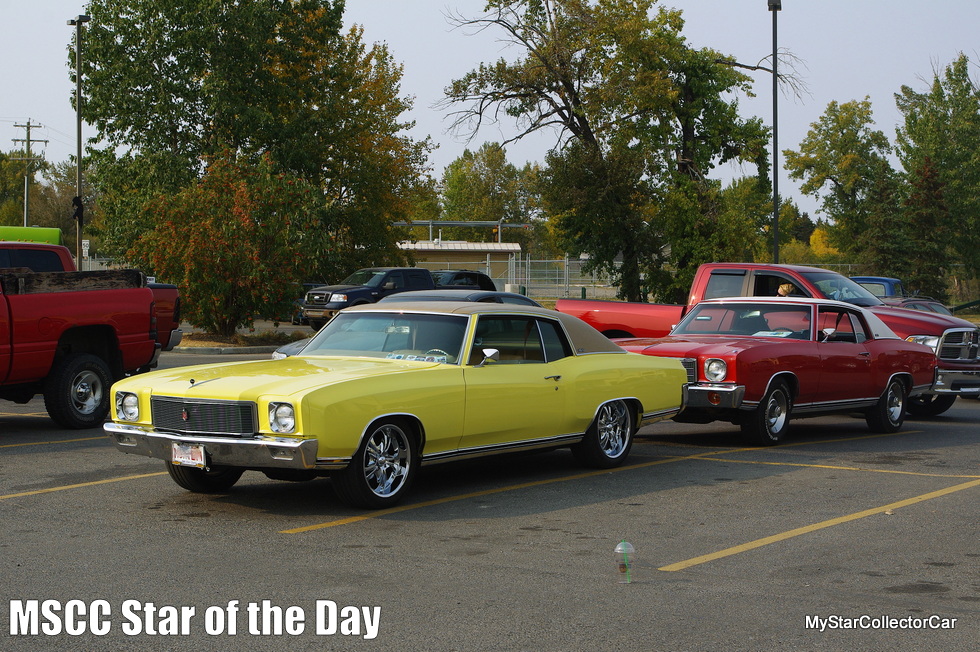 The early 70s were primarily known for the massive horsepower race.

‘Virtually every major name from Pontiac to Mercury, Buick to Dodge, Oldsmobile to Plymouth, AMC to Ford had an iron in the muscle car fire in back 1970 and it was a bloodbath on the streets.’

Chrysler even had a large and in charge Hurst Edition C-body entered in the horsepower fist fight so the streets were full of monsters back in 1970 but there were other cars aimed at a more gentile clientele.

This MSCC Star of the Day is based on two parts of that more subdued early 70s equation in the form of these two Monte Carlos—they lent a little understated style to a parking lot a few years ago. 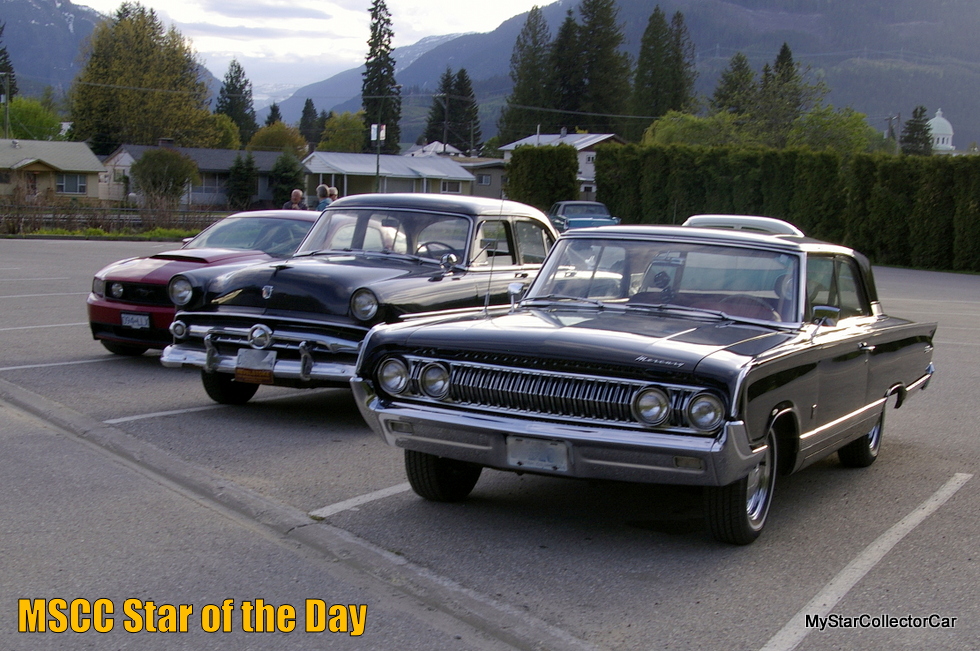 MSCC DECEMBER 9 STAR OF THE DAY: A LOOK AT THE FORD GENERATION GAP

The term “Generation Gap” was coined in the 1960s when hordes of kids started to clash with their parents over a long list of issues.

Drugs, the draft, Viet Nam and free love were at the top of the list that created this rift between the two big demographic groups in the 60s.

‘There was another major generation gap back in the 1960s because ten-year-old cars looked brutally outdated by mid-decade—it was like the difference between Rosemary Clooney and The Rolling Stones.’ 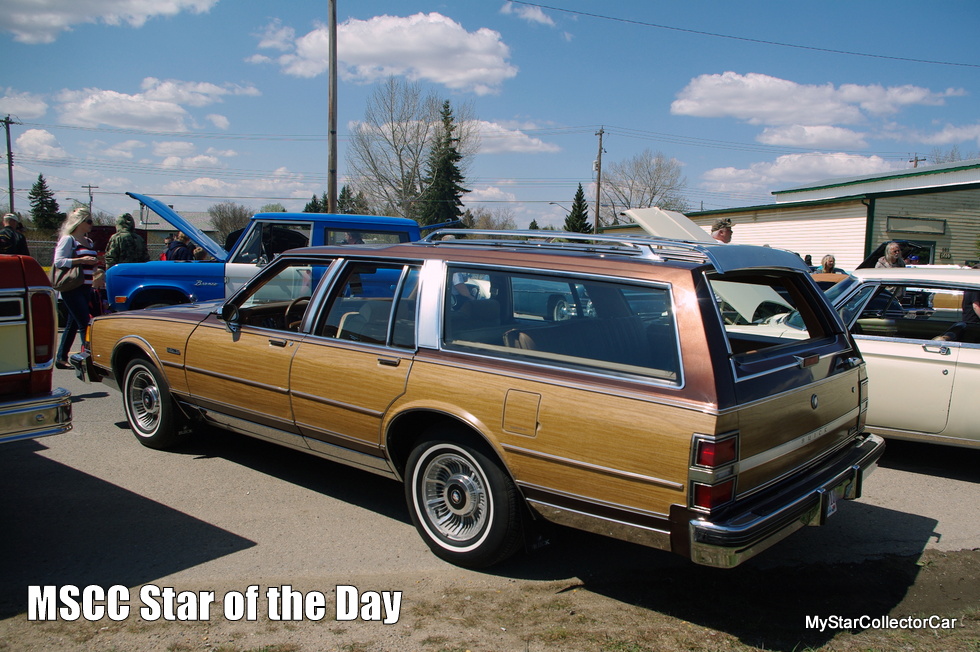 Station wagons were the default position for many families during the peak years of the Baby Boom.

Two words—“baby boom” are key to the spike in station wagon sales in the 50s and 60s because a population explosion like that required mass transit on a house by house scale.

‘The newly built turnpikes were clogged with these 20th century covered wagons during the summer months because this was the most effective way to transport all those baby boom kids back in the days when real vacations were much closer to Chevy Chase in ‘Vacation’.

This MSCC Star of the Day Buick Electra Estate wagon came at the tail end of the wagon era so it was the last days of the Vacation-mobile. 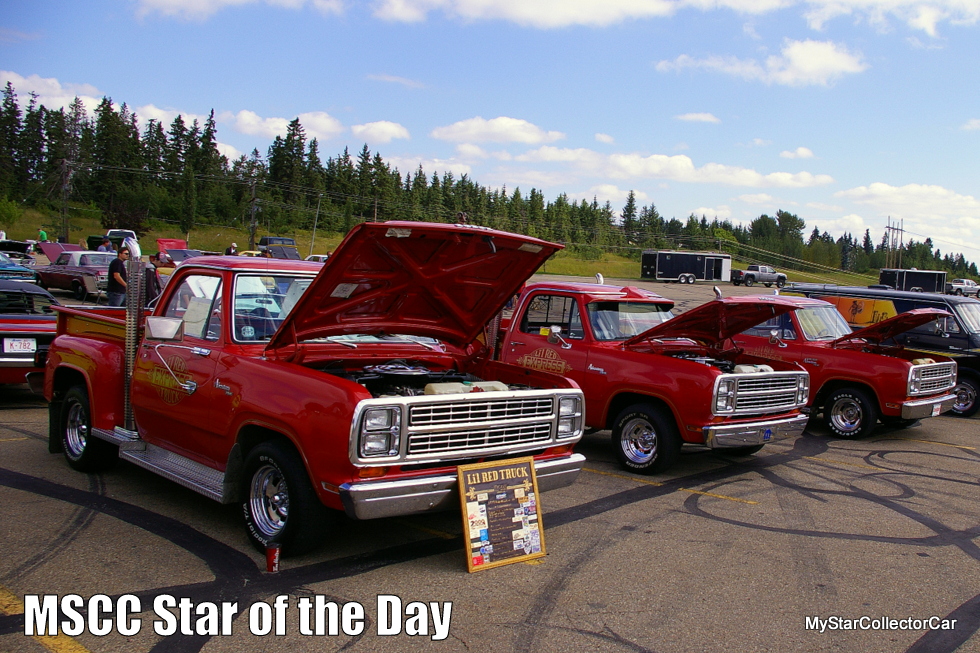 The late 1970s are remembered for some pretty bad things.

‘Disco was a force on your car radio in the late 70s and that unholy crap probably sold more automotive cassette decks than ten Black Friday sales in a row.’

Car manufacturers suffered in the mid-late 70s under a barrage of smog and safety regulations but to their credit, the Big Three did their best to combat heavy-handed laws.

‘Dodge slipped one by the smog cops in ’78 with the Little Red Express and continued on in ’79 with versions that complied more with bureaucratic standards—this MSCC Star of the Day shows how 3 of a kind ’79 LREs = 3 times the cool factor.’

NOVEMBER 2018: 1975 JENSEN INTERCEPTOR MARK III—THIS IS WHAT AN UNRESTORED...