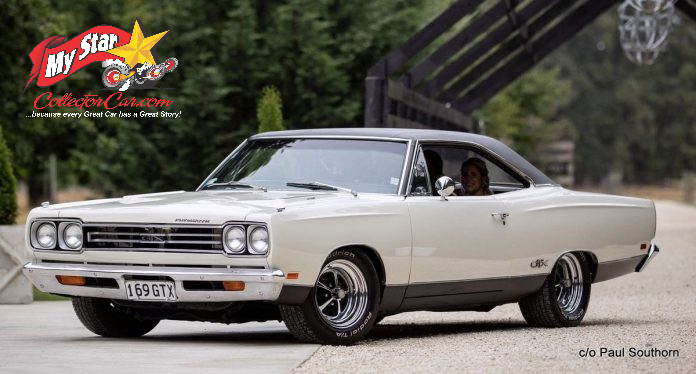 Paul Southorn is the proud owner of a ’69 Plymouth GTX.

That is very cool on its own, but Paul lives in New Zealand – a place where a ’69 GTX is an extremely rare sighting.

He explained his ownership this way: “I have always loved Mopars, especially B bodies/Road Runners  since a young age. I’m 49 now and grew up in 70s & 80s so when an opportunity game up to own the GTX I couldn’t turn it down. I was scrolling a local website and it popped up so I sent a well-known hot rod builder to check it out for me. He said if that’s what you want — buy it. You be lucky to find a better one plus if I didn’t buy he said he would”.

Paul knows the history of his GTX: “It had one owner in U.S and it came to NZ in 2017 and now I’m the third NZ owner”. This car presents well because it had a very secure history so Paul was very confident about its status: “It shows  50412 miles  and it may have been around the clock but judging her condition I think the miles are genuine plus it’s all numbers-matching including trans. Paint has had a re spray”.

He was really happy with the condition of his classic Mopar: “It was just like as it is now. She’s in excellent condition for a driver. Not a trailer queen. They are made to be driven”. Paul added his own touch for road trips: “ I have installed a modern kicker sound system and it’s full-hidden”.

Paul explained how nice this car was when he bought it because it had no issues: “No…. just drive and enjoy. I keep her well maintained and run her on 100 octane gas we can get it at the pump in NZ”. The car passed an out of country inspection with ease: “Old imported cars need to be certified by an inspector prior to registering to make sure they are safe and not from a chop shop so the GTX is fully certified for NZ”.

This is a left-hand drive car in a right-hand drive world, so Paul had a learning curve on New Zealand roads: “Weird at first but doesn’t take long to get used to. Overtaking (passing) is the hardest part….. so whoever is riding shotgun get the job to be my eyes”.

A ’69 GTX is a rock star in New Zealand, but Paul has adjusted to the extra attention: “Yeah…. she’s a head turner for sure. As well as rare because there are plenty of old Mustangs, Camaros, Impalas etc over here but not many B- bodies”.

Paul is very clear on the future of his GTX: