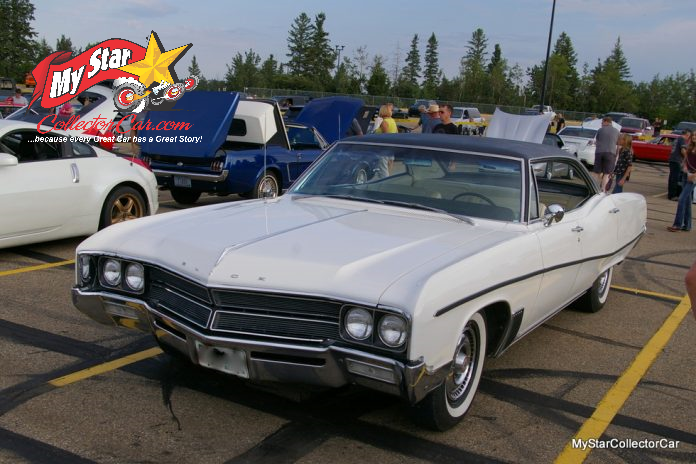 Ray Smitke is the proud owner of a 1967 Buick Wildcat four-door hardtop that has a strong link to his family.

Ray mentioned his dad was always a Buick guy and owned many of them over the years. The ‘67 Buick stayed with him the longest and was pampered by Ray’s dad so it was still in excellent shape when Ray decided to become its owner.

The car was not bought directly by Ray from his father’s estate because a cousin purchased the car before Ray had an opportunity, but eventually Ray bought the car from the cousin about four years ago.

The car’s journey back to Ray started when his mother wanted to give the Buick to Ray’s sons and they were not car guys, in Ray’s opinion.

It was obvious Ray had a deep attachment to the car because of its link to his father and wanted to ensure he could take a trip down memory lane in the Wildcat any time the spirit moved him. Thus he was a motivated buyer when the opportunity to purchase it headed Ray’s way.

Any trip down memory lane in this stylish Buick can also take place in the fast lane because the car still has its factory 430 cubic inch big block and four-barrel carb under the hood.

Ray is confident in the 53-year-old Buick’s ability to more than hold its own in modern traffic and recounted a few very rapid road trips in it. Ray and his passengers are always treated to maximum comfort along the way because his Wildcat is a full-load car.

In fact, the Buick has power steering, power brakes, power windows and functioning air conditioning among its list of automotive amenities from 1967.

The add-ons include an aftermarket under-dash cassette deck that was installed during his father’s ownership years.

Ray made a slight modification under the hood when he changed the Buick’s windshield reservoir into an overflow container and added a period-correct replacement windshield washer container into the mix.

As mentioned, the brakes have a power boost system but Ray still has the Buick’s factory four-wheel drum brakes on the car. He also told MyStarCollectorCar his Buick’s brakes are all large and finned so they are less subject to fade and provide great stopping power.

Ray believes his Buick is the “perfect wedding car” because it has four doors and plenty of room for rear passengers. The aforementioned options in the big luxury car (such as air conditioning) would ensure the wedding party would also get to the church in comfort and style. They would also arrive at the church on time because this Buick can fly down the road upon request.

The Buick has undergone minimal repairs under Ray’s watch. The short list includes a radiator replacement and a vinyl roof refurbishment that breathed life back into the factory-installed surface.

“The most important factor for Ray is the originality of the car because it was his father’s Buick and that factor alone is the biggest feature of the car. The fact that he has a lot of fun behind the wheel is a bonus.”