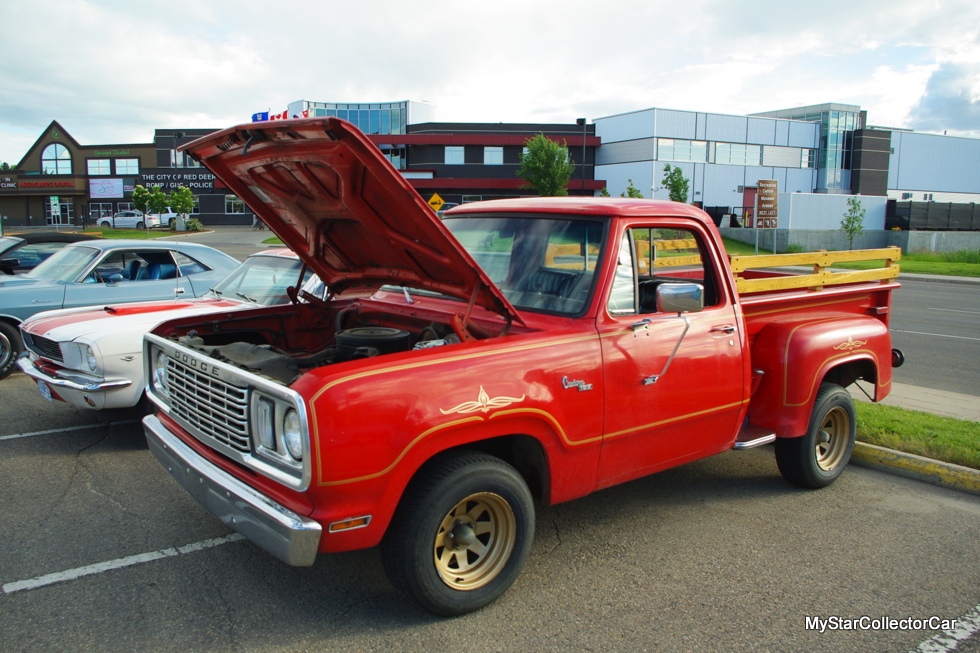 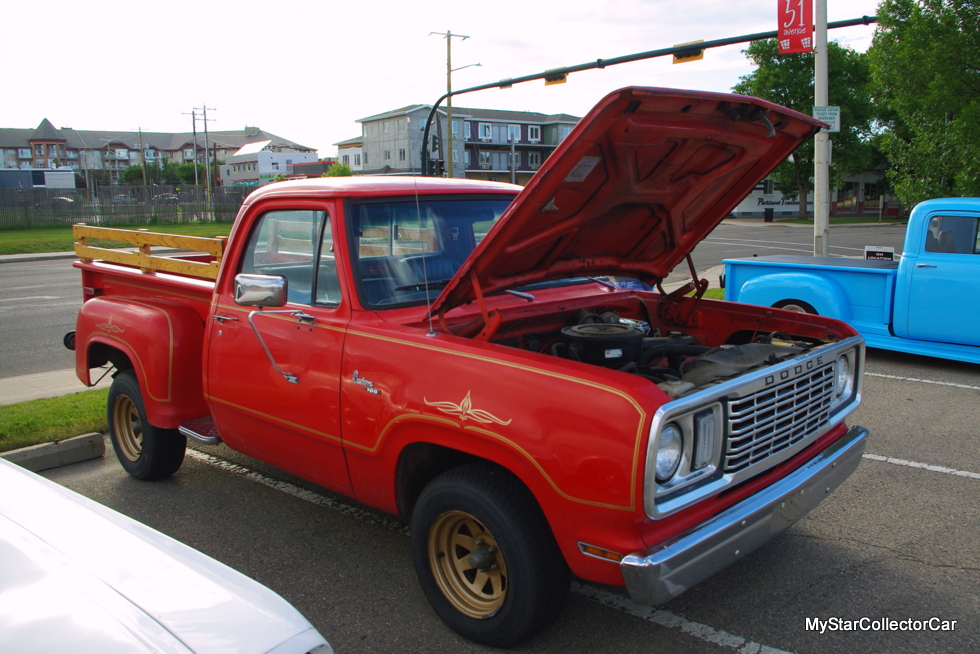 Brian Dickau is the current custodian of a 1977 Dodge Warlock that has been in his family ever since it left the Mopar dealership forty years ago.

Brian’s uncle purchased the truck in 1977 and the Warlock still has all of its original sales documents, including its dealership window sticker.

Brian’s father wanted to purchase the truck in the early Eighties but his uncle decided to move across Canada to Nova Scotia from his Alberta home, and he wanted to take the Warlock with him. 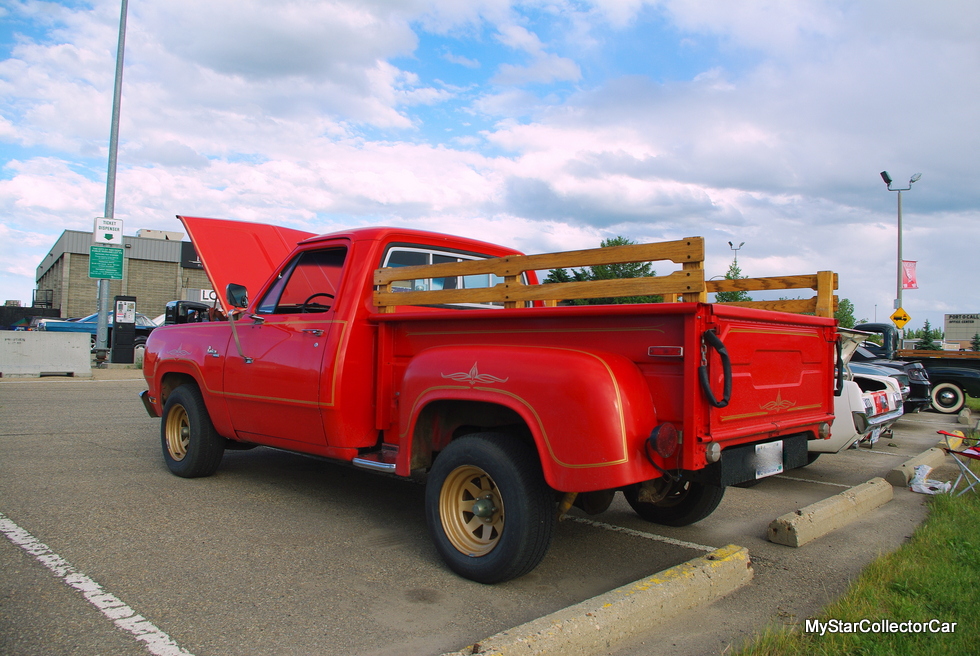 Eventually Brian’s uncle changed coasts and moved right across Canada to Vancouver Island. The Warlock accompanied his uncle to the West Coast and remained with him until his death. 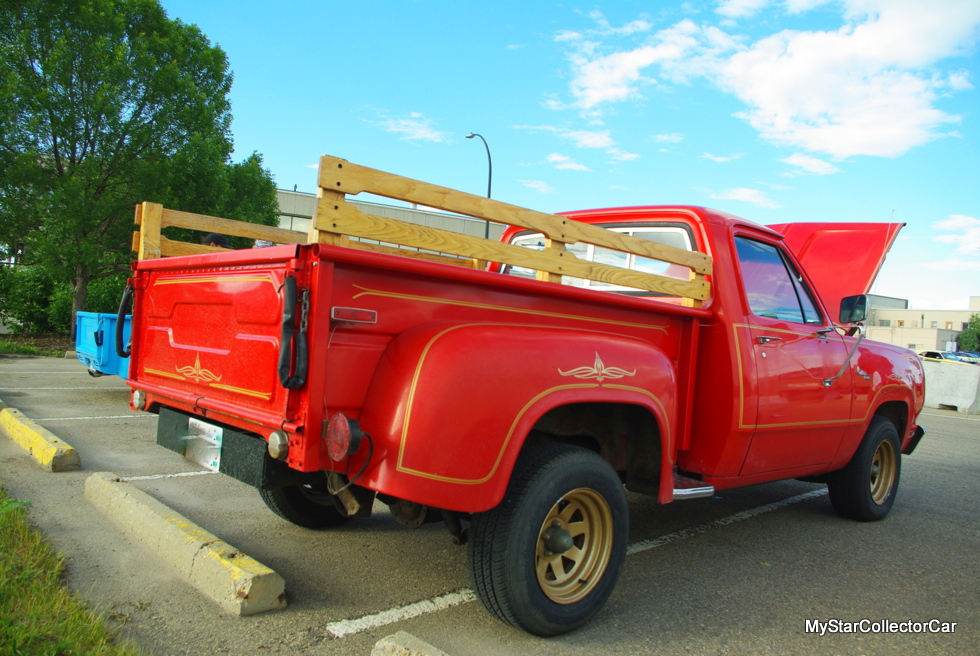 After his uncle’s death, Brian’s cousin offered the truck to Brian’s father about four years ago and he agreed to purchase the truck. Brian’s dad had not seen the truck in about 30 years so he and Brian decided to bring a trailer to haul the Warlock back from the West Coast.

Brian was pleasantly surprised at the overall condition of the truck and said they “could have driven it home” through the Rocky Mountains.

The ’77 Warlock was a special order truck built for a buyer who wanted a custom look with strong engine performance for the 70s-era of emission-strangled, detuned V-8s. Trucks were held to lesser emission standards than cars in ’77 so the factory-installed 360 Police Interceptor engine in Brian’s Warlock still has plenty of jump. 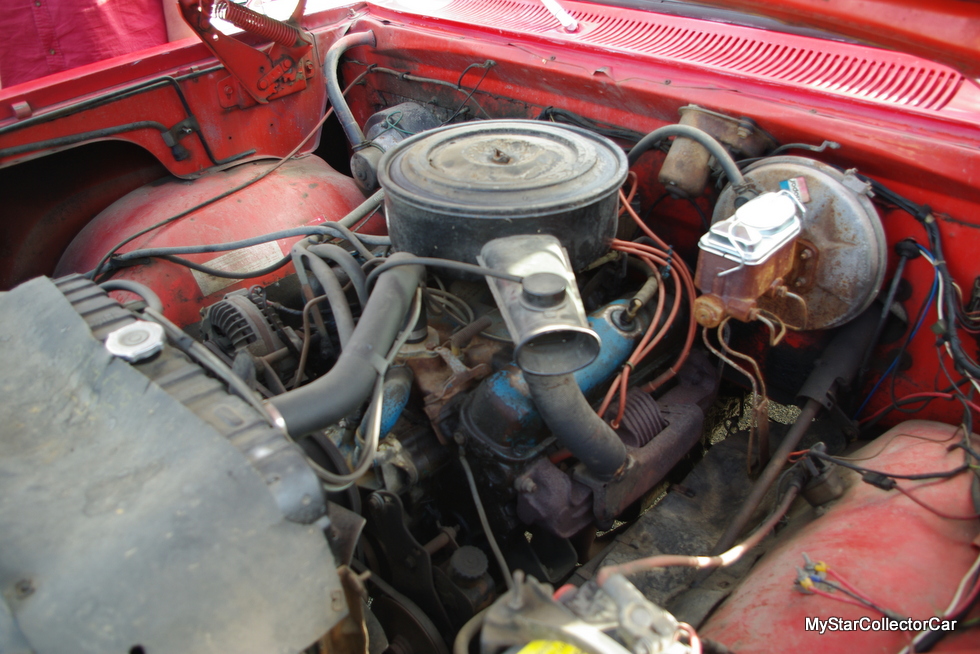 Brian said “if you put her (gas pedal) down, you’ll leave rubber.” He added that a Dodge Warlock was the fastest North American production vehicle in 1977.

The Warlock is a true survivor that benefited heavily from inside storage over the years. It still has its original paint and all of its stylish original pin-striping that identifies it as a Warlock. 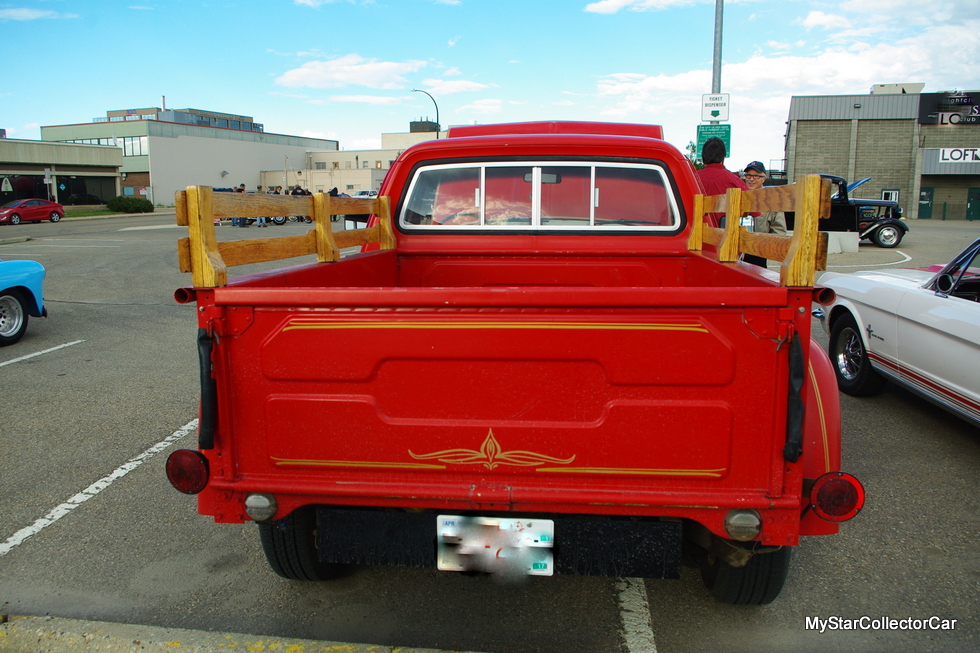 The gold pin-striping is found both inside and outside on the truck, including a border around the instrument cluster. 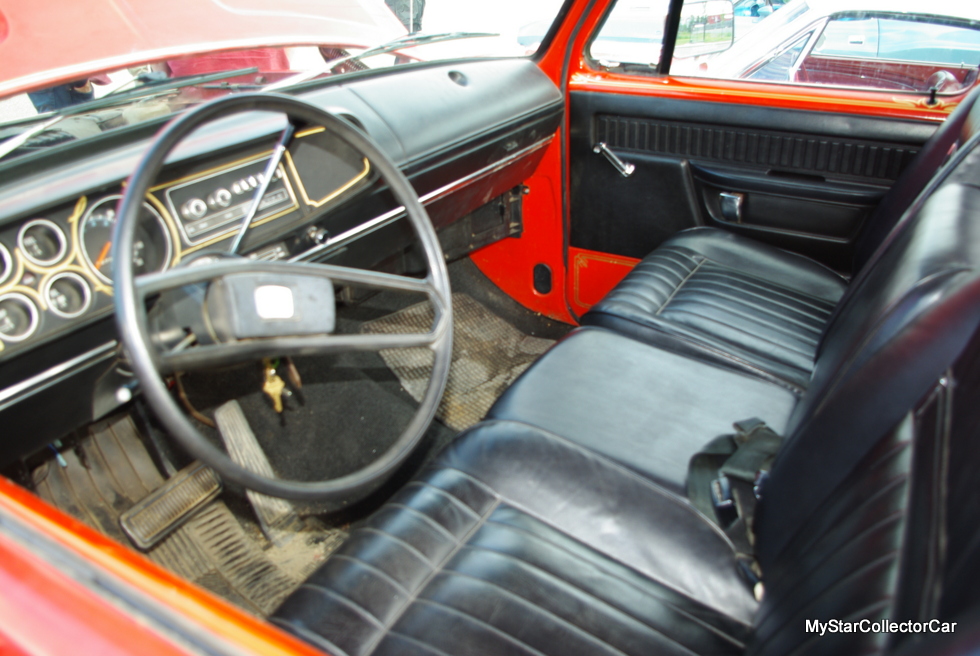 The Warlock also has its original side racks on the box and they are still in remarkable shape. The truck came with bucket seats, automatic transmission and power steering, all of which are also in remarkably good shape after 40 years. 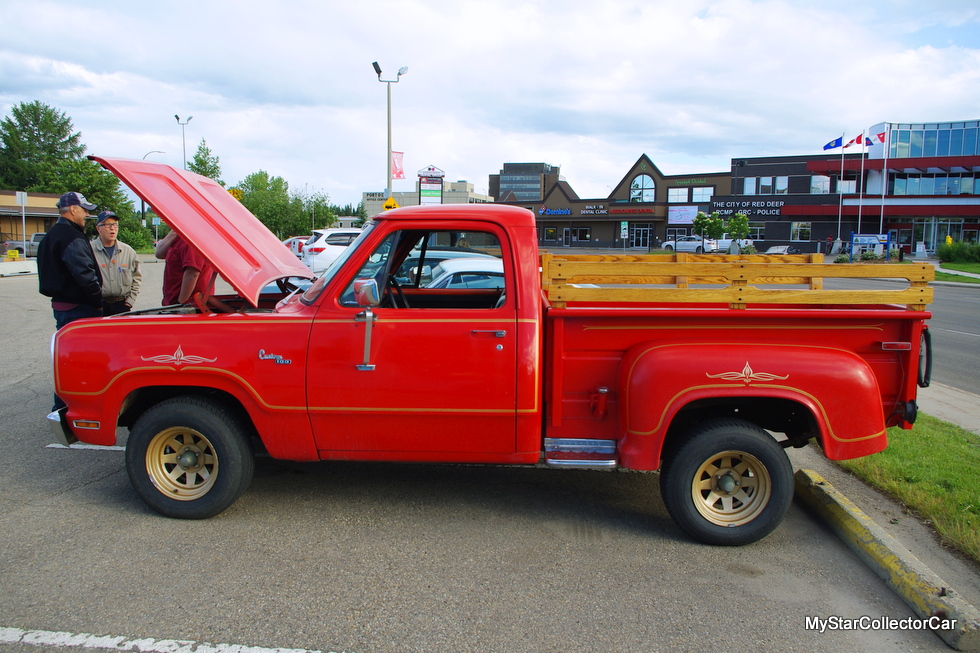 These days the truck is still an honored member of Brian’s family. He and his father are partners in the truck and Brian has introduced the truck to his kids to the point where it has become a part of their experiences. 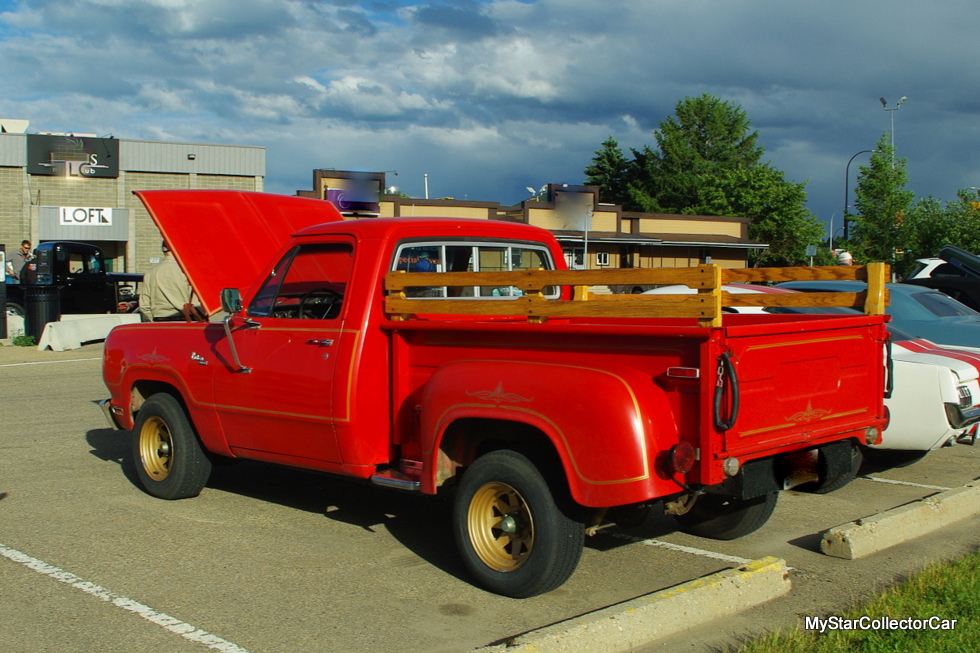 Brian takes his five and seven year olds on family outings that include trips to garage sales, farmers’ markets, and even the odd trip to the garbage dump because Brian still uses it for light work duties. 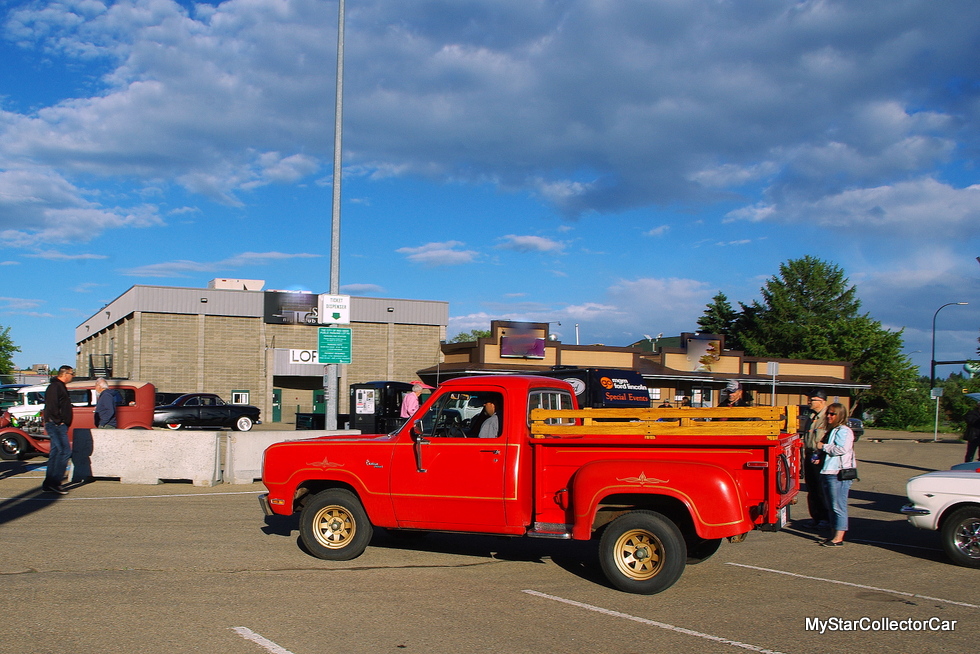 Brian is certain the Warlock will eventually be passed down to his children and their early childhood adventures in it have already bonded them to the family heirloom. 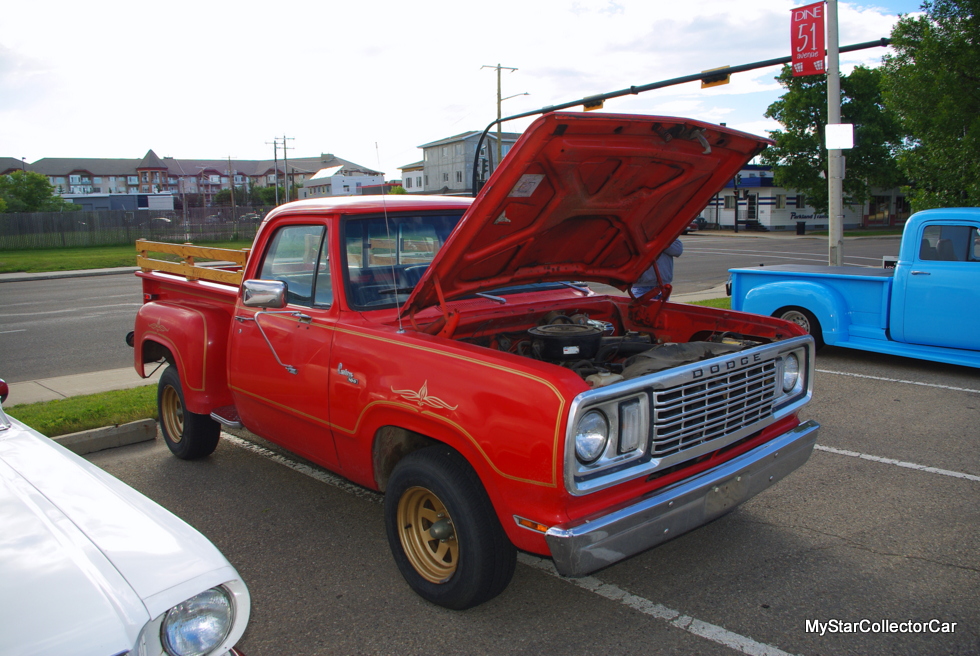 Brian is a true car guy who still has his first vehicle and he has been influenced by his father for his entire life when it comes to the hobby. 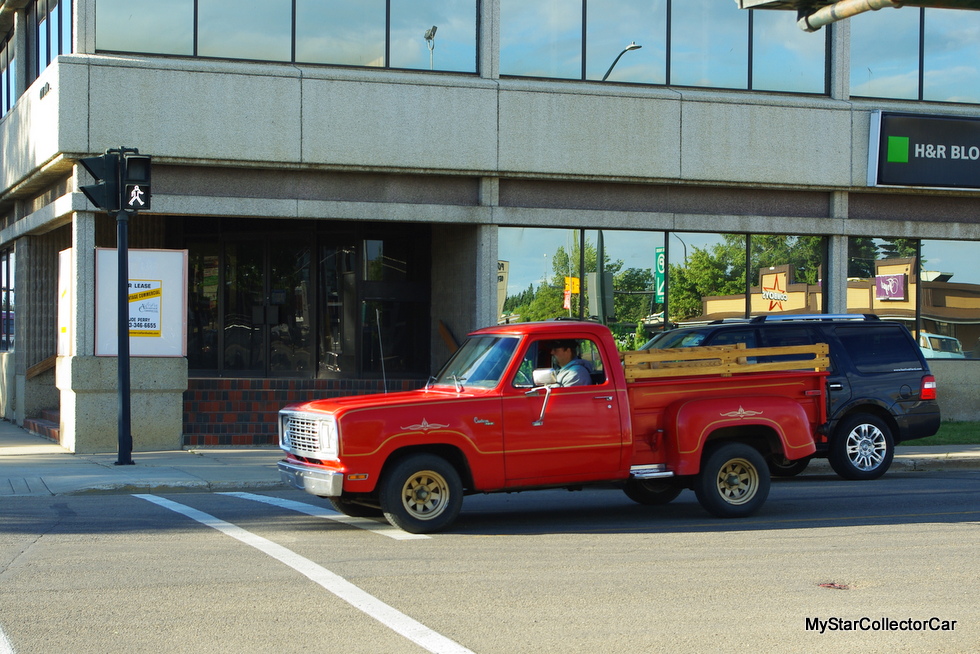 In fact, Brian adheres to his father’s belief that “if you like cars, then you can’t afford drugs”. 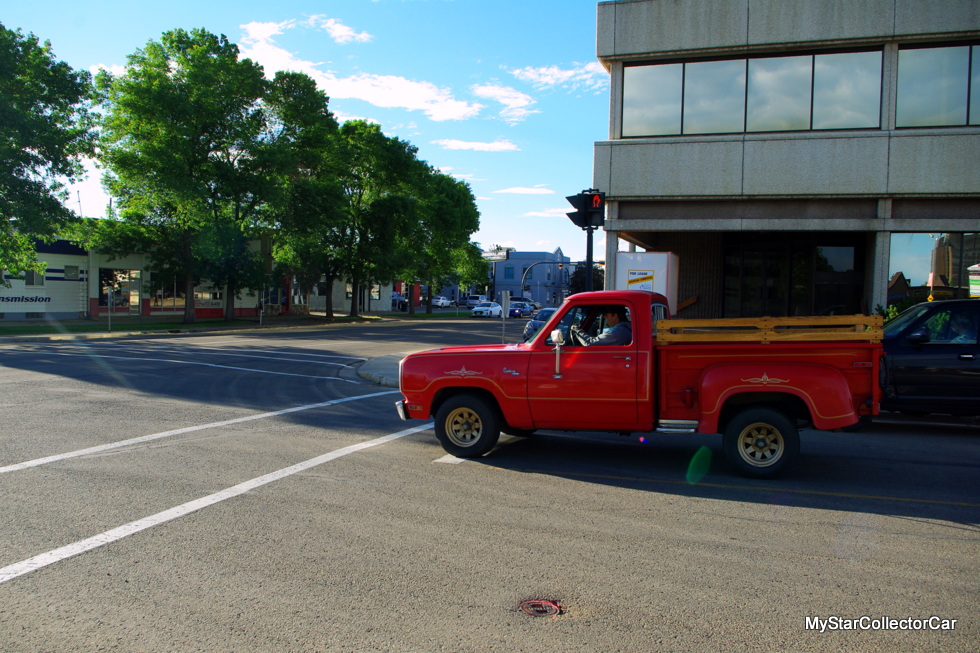 Especially true for very cool old rides like a survivor 1977 Dodge Warlock that is a trillion times better than a drug habit.