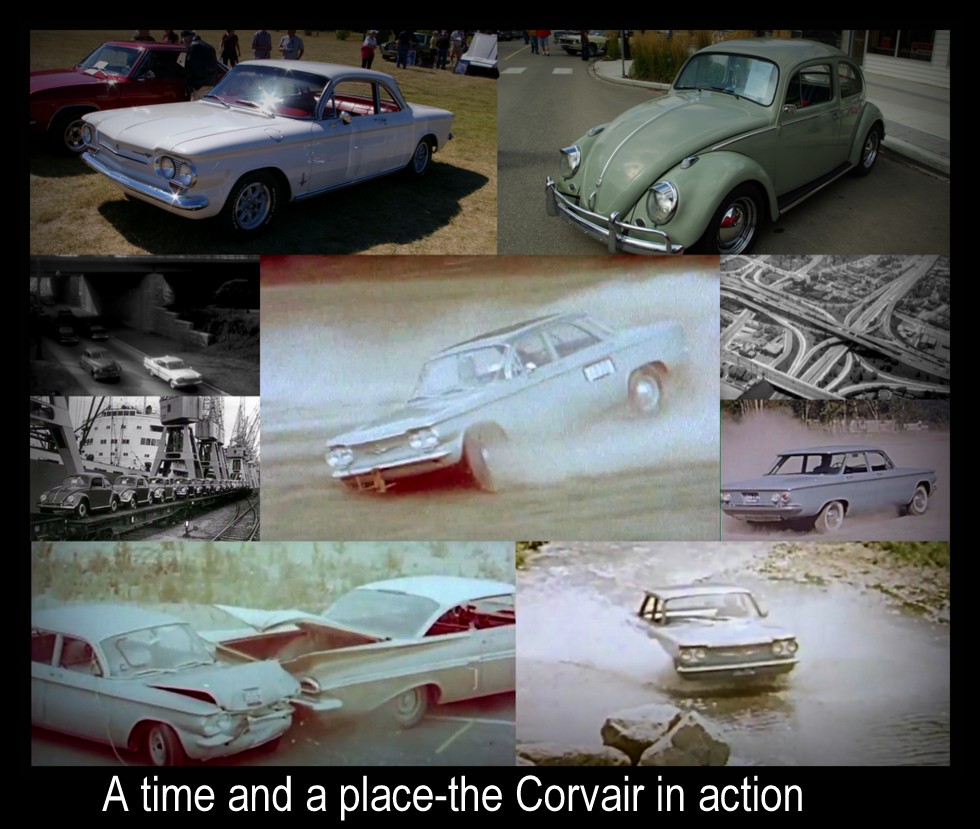 Corvair was General Motors’ answer to this question in 1960: how did the Germans manage to outgun us after World War Two?

The problem for GM was the wildly popular Volkswagen Beetle after it invaded the North American market during the post-war era. 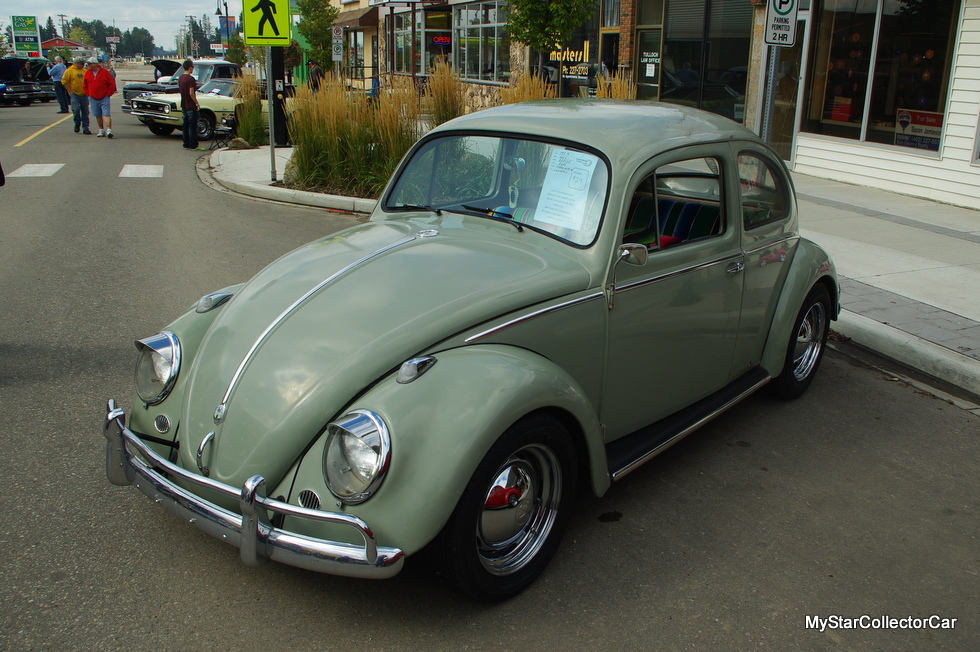 In fact, the VW factory in Germany produced its one millionth Beetle in 1955. It was difficult for Detroit’s Big Three (GM, Ford and Chrysler) not to take notice of the reasonably priced and frugal-on-gas Beetle when the small air-cooled German car took a bite out of the North American automotive market. 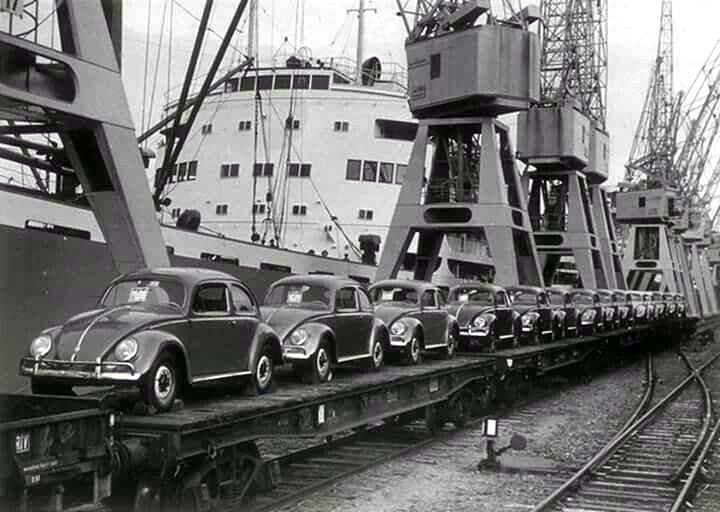 General Motors began their design of a small domestic car to fight the compact car war against the Beetle. The result was the Corvair; a compact car built in the land of automotive giants. 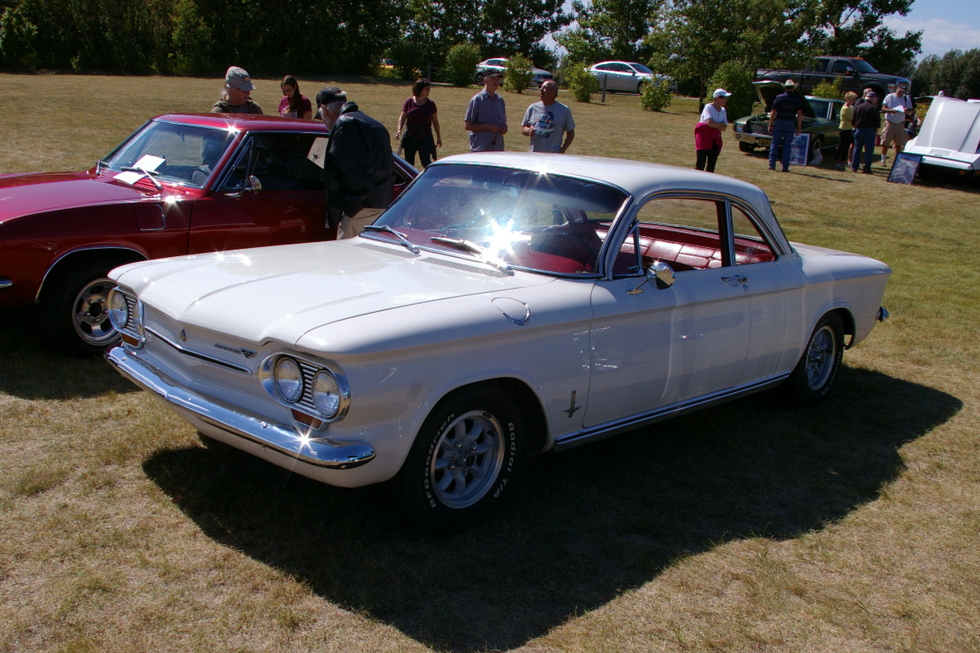 North American automotive manufacturers liked their cars to be large-and-in-charge during the Fabulous Fifties. The big cars could handle the pace on the fast new freeways, highways and turnpikes built (or under construction) in North America. 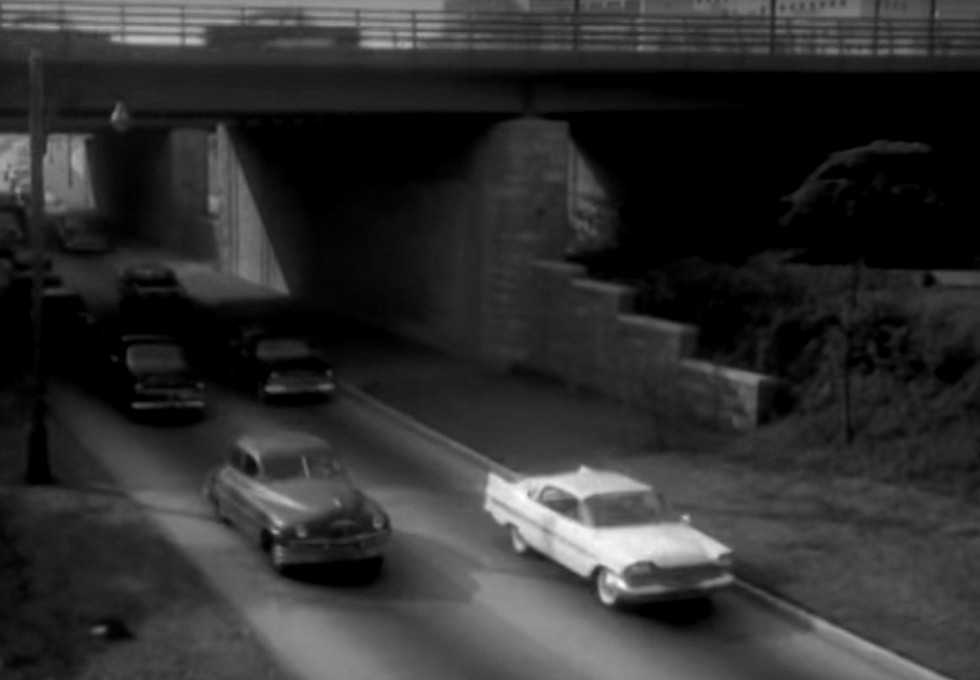 The United States and its new four lane asphalt arteries (with interstate highways and built-in rapid transit philosophy) required a driver with a V-8 engine and a willingness to push these big new cars on the big new roads. 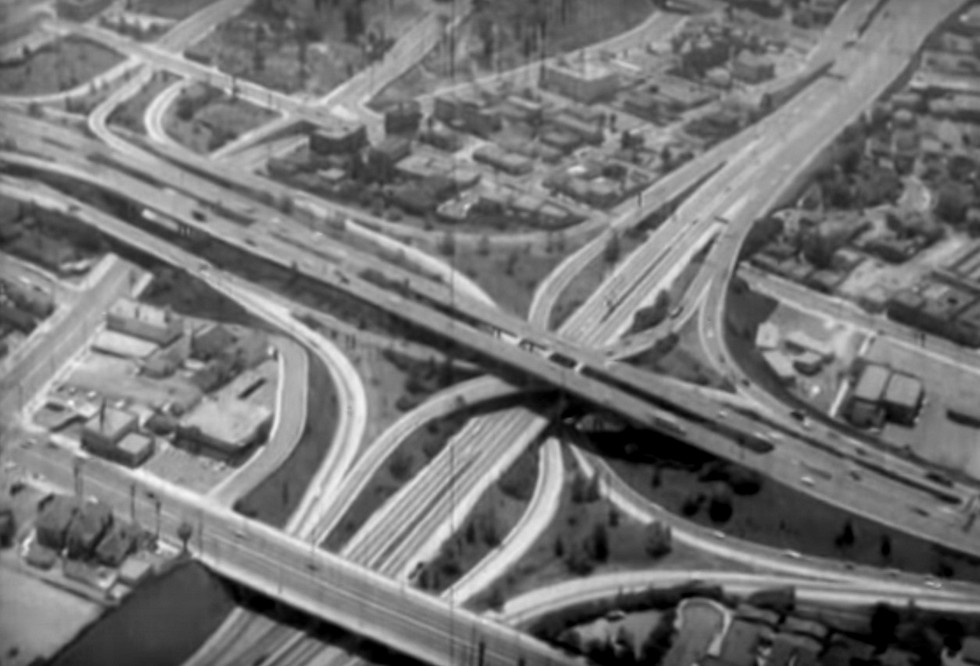 However, the Beetle was able to outrun the big cars to an MPG flag where great fuel economy was a crucial factor. The big cars could easily run laps around the Beetle on the road-but a Beetle could do more laps without another stop at the gas pumps.

The Chevy Corvair was introduced in 1960 to wage a battle with the Beetle. The Corvair was also air-cooled, but the new Chevy compact had a flat six cylinder engine mounted in the rear (just like the Beetle) that was considerably more powerful than the VW compact’s mild-mannered 4-banger.

General Motors celebrated the debut of their first compact with a short film tribute to the brand new Corvair. The film’s title was ‘The Corvair in Action’ and it showed the Corvair in a number of different situations. 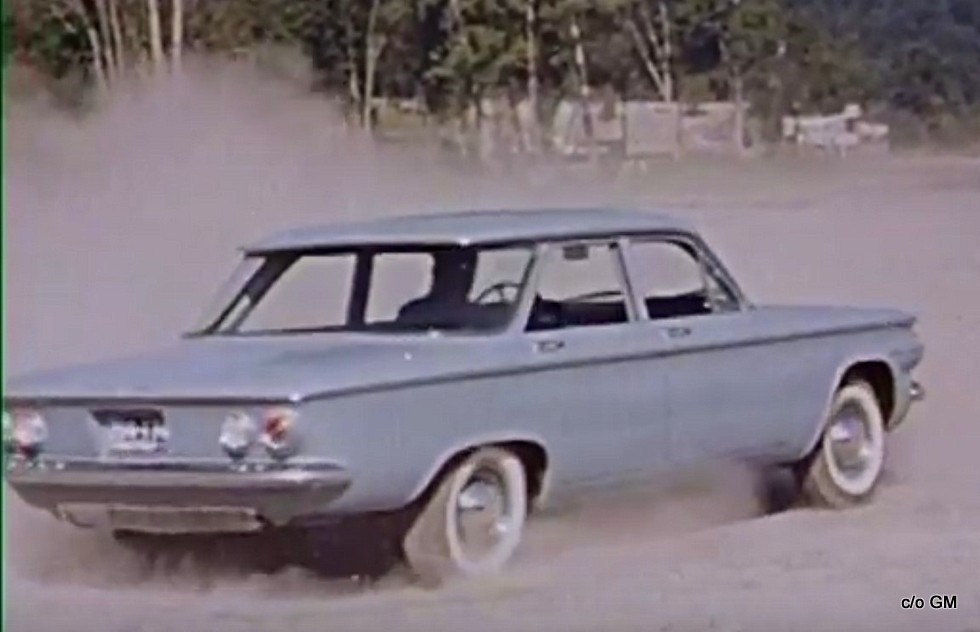 The message was pretty simple in the short movie: General Motors wanted to show the Corvair in its most positive light, including how the car was no pushover in the rollover department.

Bear in mind that Ralph Nader became famous as a Corvair assassin when he wrote ‘Unsafe at Any Speed’ in 1965 and made it a best-seller.

Nader believed the Corvair had a rear suspension design flaw that made it more likely to roll over when it was pushed into a high speed situation. Conversely, a portion of the 1960 movie focused on the Corvair’s ability to handle high speed maneuvers and stay on its wheels. 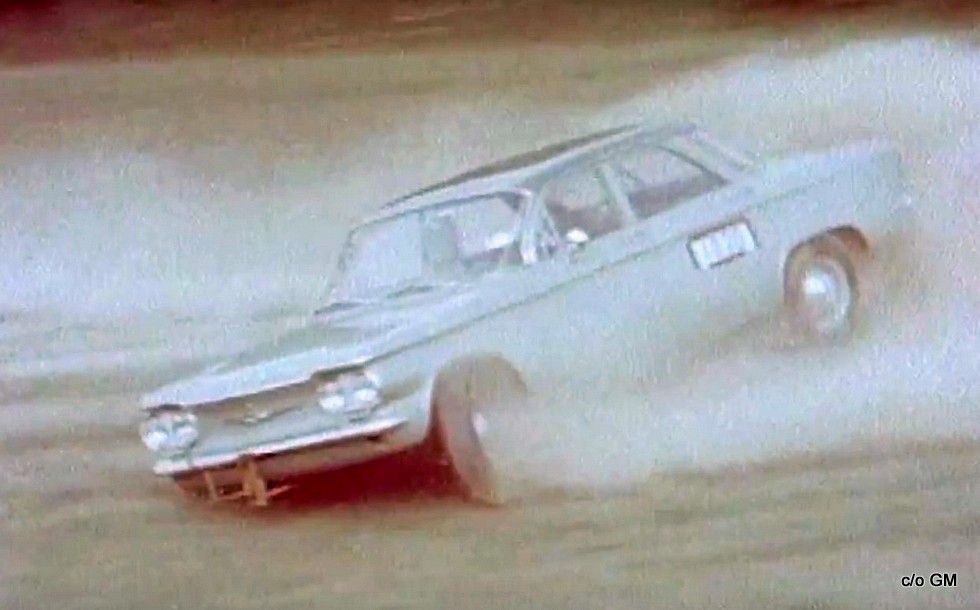 In fact, the movie showed how the Corvair had to be forced into a rollover by locking the wheels on the cars to achieve the desired results. Nader begged to differ with GM and his book became a big part of the Corvair’s eventual demise in 1969. 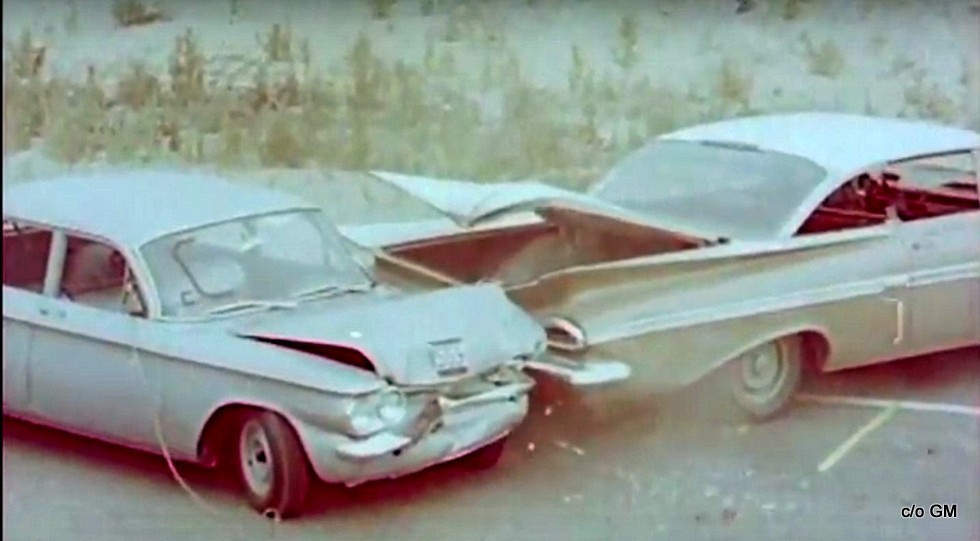 Nader’s allegations about the independent rear axle (also found on the Beetle and various British cars among others) targeted the Corvair and gave the other car models a free pass. It was a highly debatable issue in the first place, but Nader became famous at the expense of the Corvair. 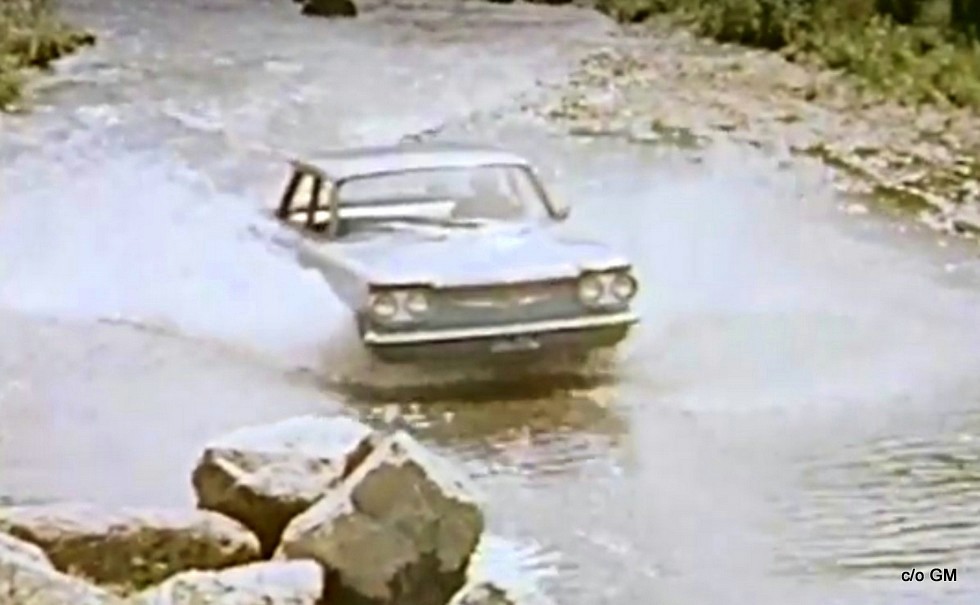 However, none of the future Nader antics mattered in 1960 because the Corvair was a brand new compact built by General Motors and celebrated in film by the car company.

It was a glorious pre-Nader time for the Chevy Corvair in the film.