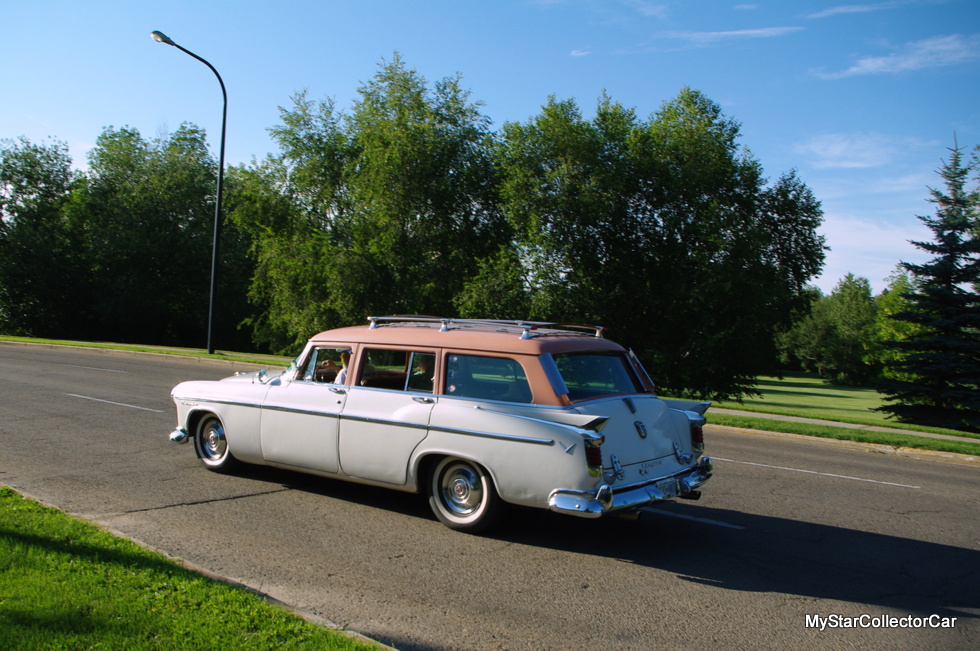 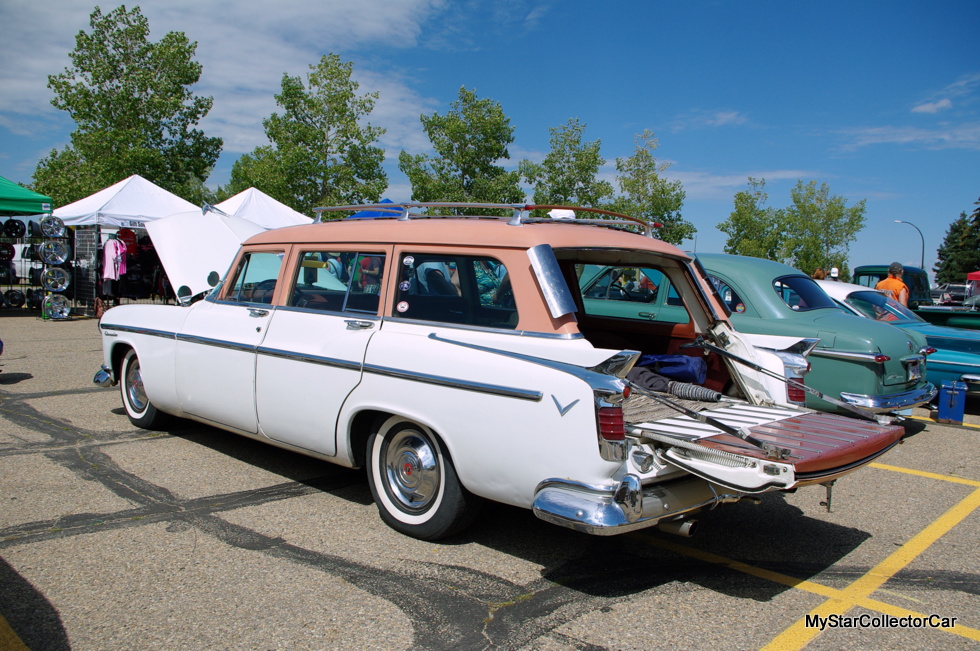 Vintage station wagons have become rock stars at car shows in the 21st century because most of them have disappeared off the face of the earth, usually after a grim date with a crusher.

The older the car, the less chance it will have survived into the new millennium.

A 60-year-old Chrysler station wagon beat even longer odds because most of these luxury barges did not come with a long roof, so we seized an opportunity to interview the proud owners of a 1956 Chrysler wagon, Truman and Pat Bradley. 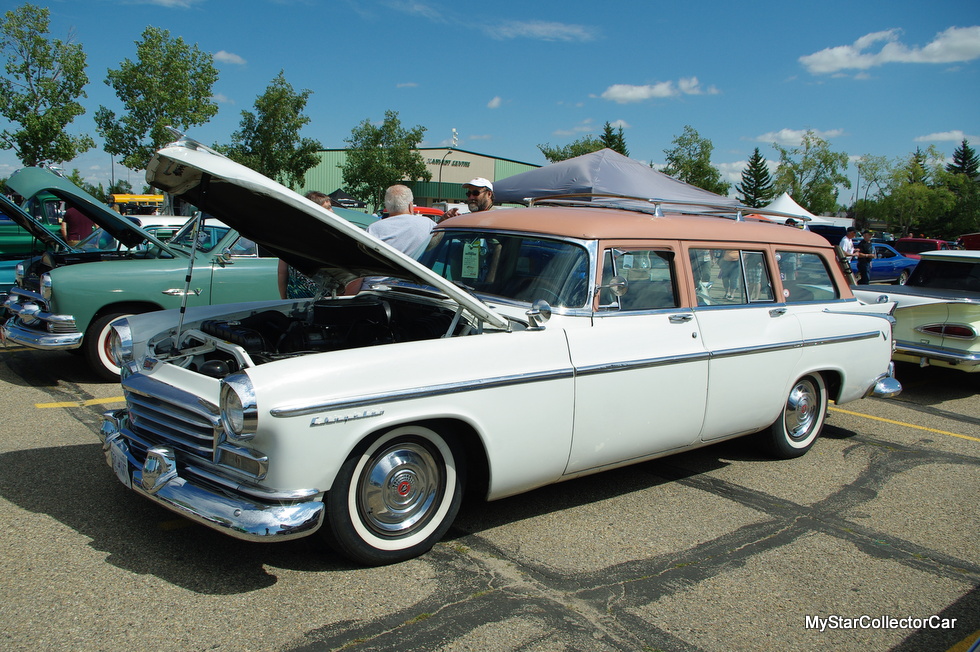 The Bradleys hail from northern British Columbia and Truman spotted an ad for the car which was located in the southwestern United States-not exactly just around the block from Truman. 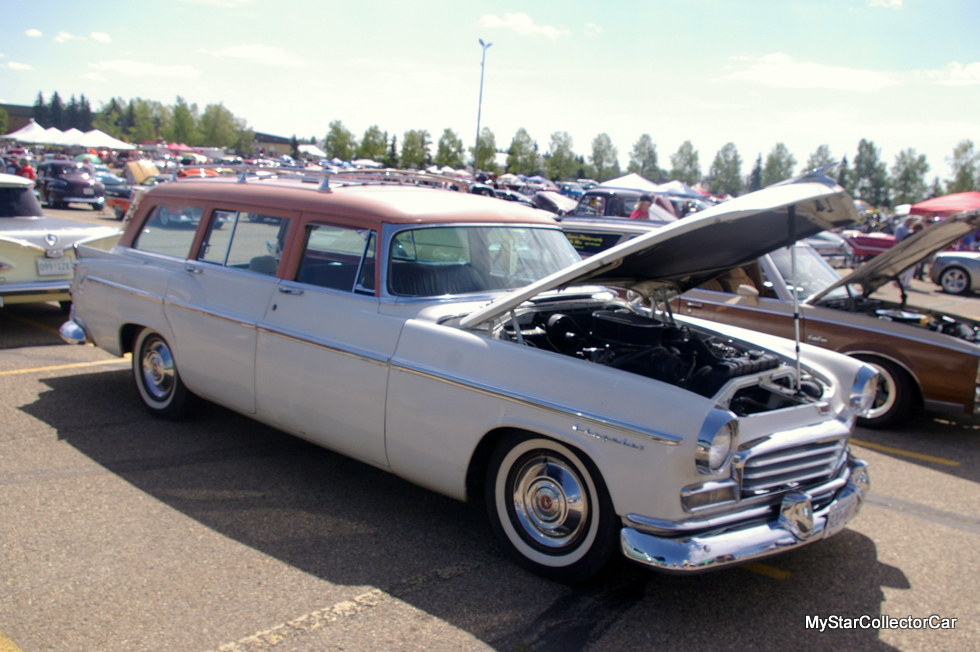 Truman said he “got a notion he wanted a station wagon” so he flew down to have a look at the car and ended up as its new owner.

There were two ways for Truman to get the car back home: he could have it shipped back to his home in Canada or he could drive it back to Canada. Truman decided he needed a new adventure in life and chose to drive it home after he changed the oil and adjusted the brakes in his new purchase. 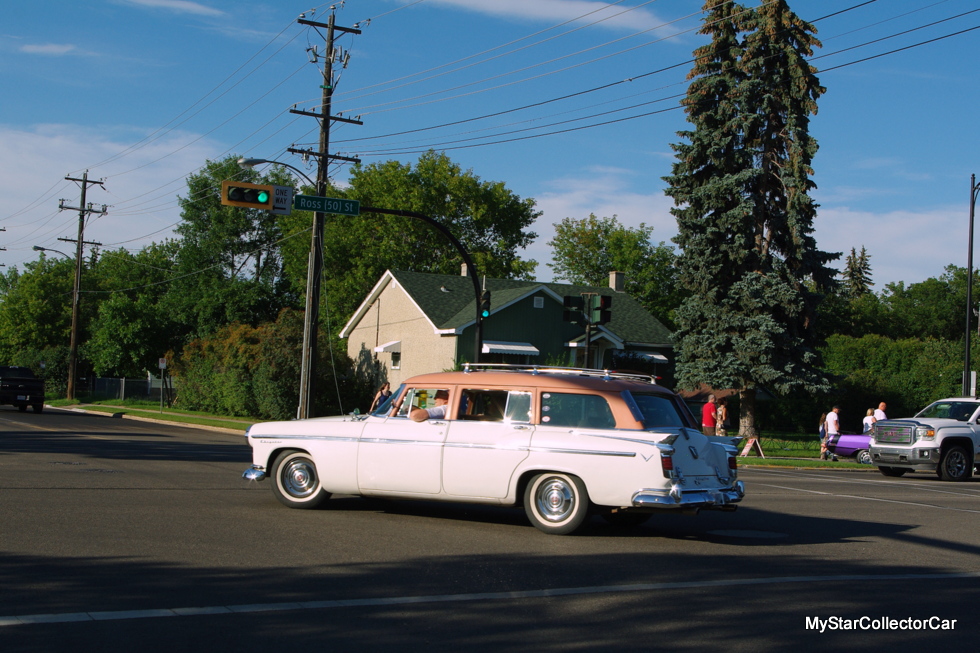 He discovered the AC did not work early in the trip because it was 100 F (over 40 C) in the shade until he reached Utah and slightly cooler temperatures. This was the exact moment when Truman asked himself “what the hell am I doing” but it was too late because he was already committed to the idea of a road adventure. His wife Pat added “Truman thought he was still 19 when he decided to drive the car home.” 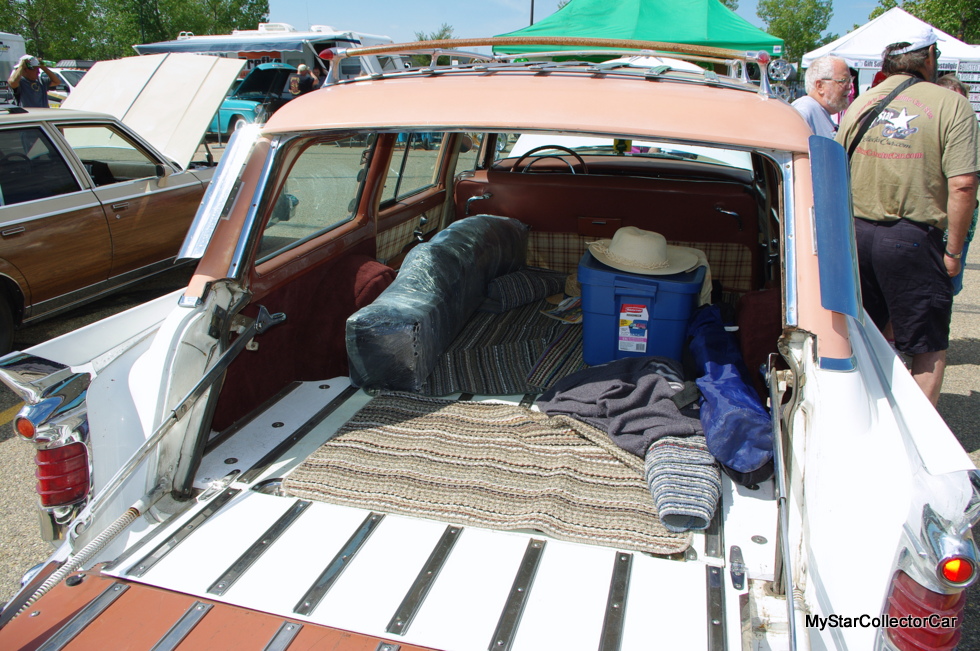 The car actually performed flawlessly throughout the entire trip and all of its other luxury items like power steering, power brakes and power windows worked like the day they left the factory in 1956. 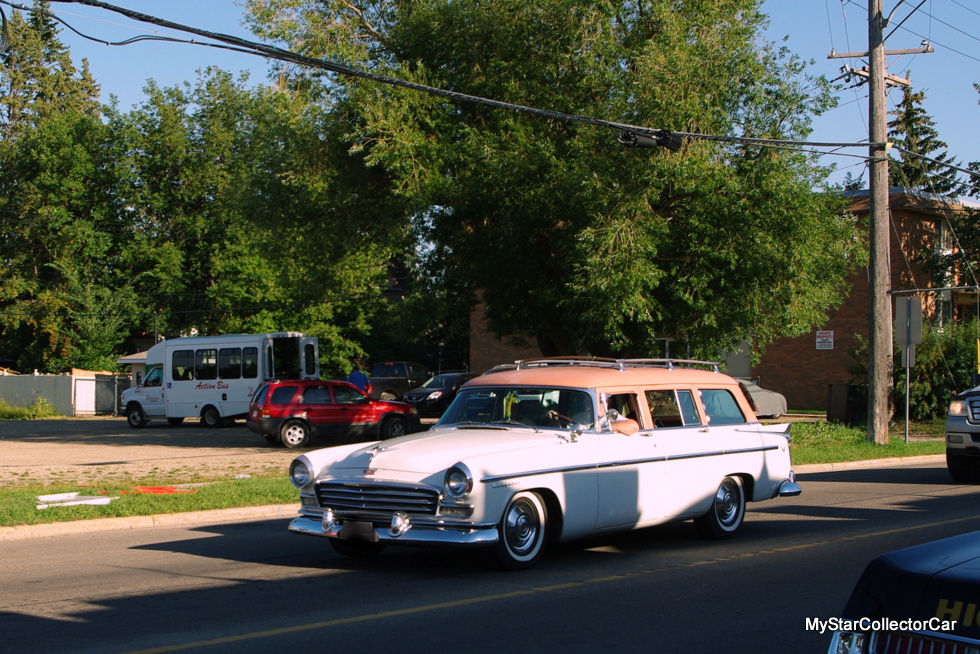 We crossed paths with Truman and Pat at a show that was about 700 miles (1100 km) from their home. They drove out in the wagon because Truman is a strong believer in the idea that cars are meant to drive. Truman made this point very clear when he said “I like to drive ‘em because I’m not a big fan of sitting around in parking lots.”

He keeps a respectable 60-65 mph (100 km/h) pace on the highway and gets about 18-19 mpg in the bargain. Truman could add a bumper sticker that says “Yeah-it’s a Hemi” if the spirit moves him because the Chrysler has a factory 354 Hemi under the hood. 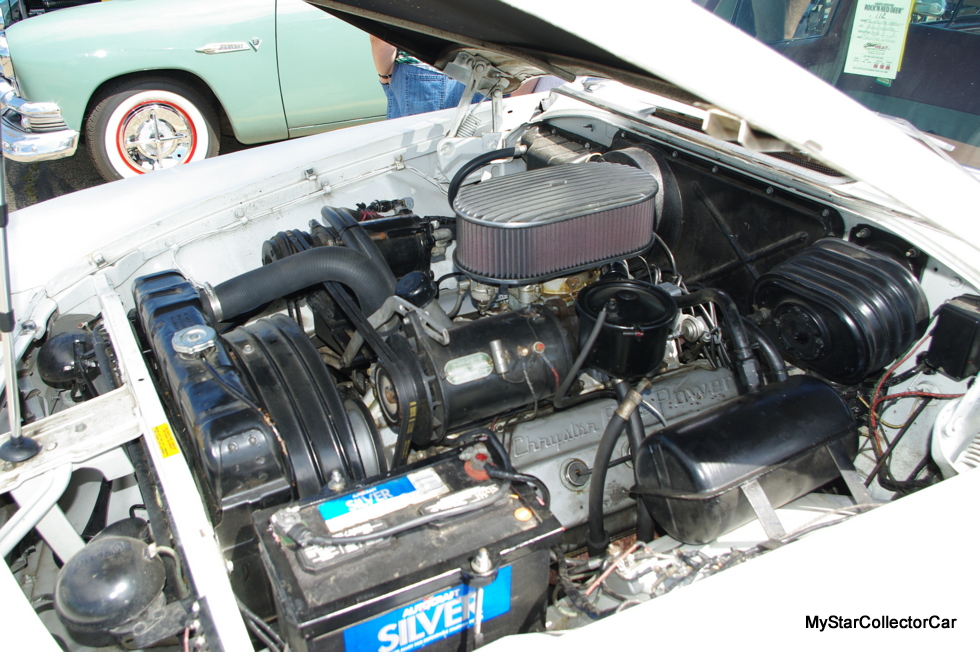 Few of them have survived through six long decades and even fewer have been lucky enough to have owners like Pat and Truman.