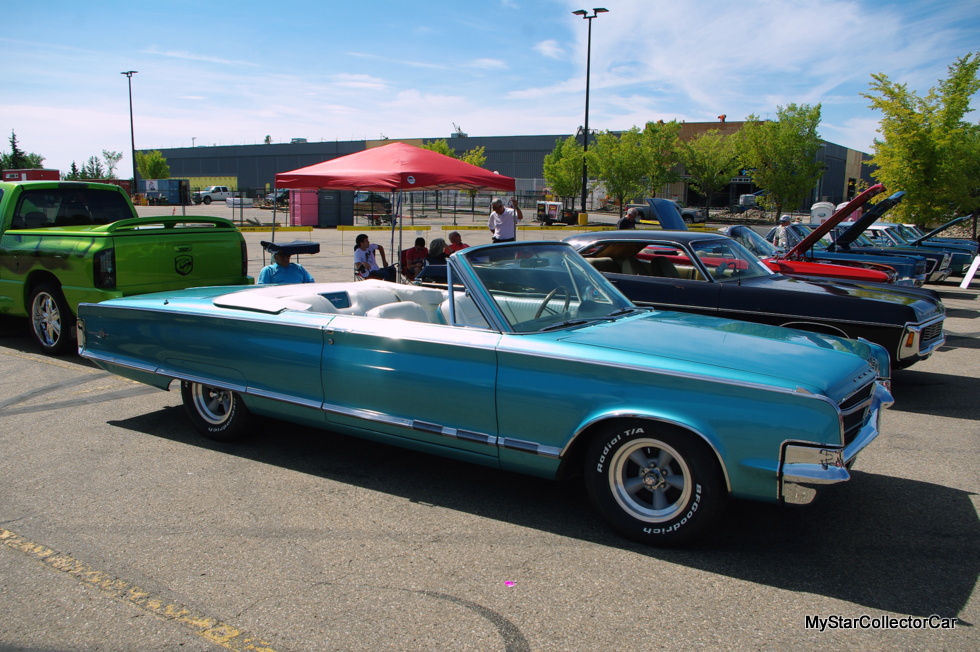 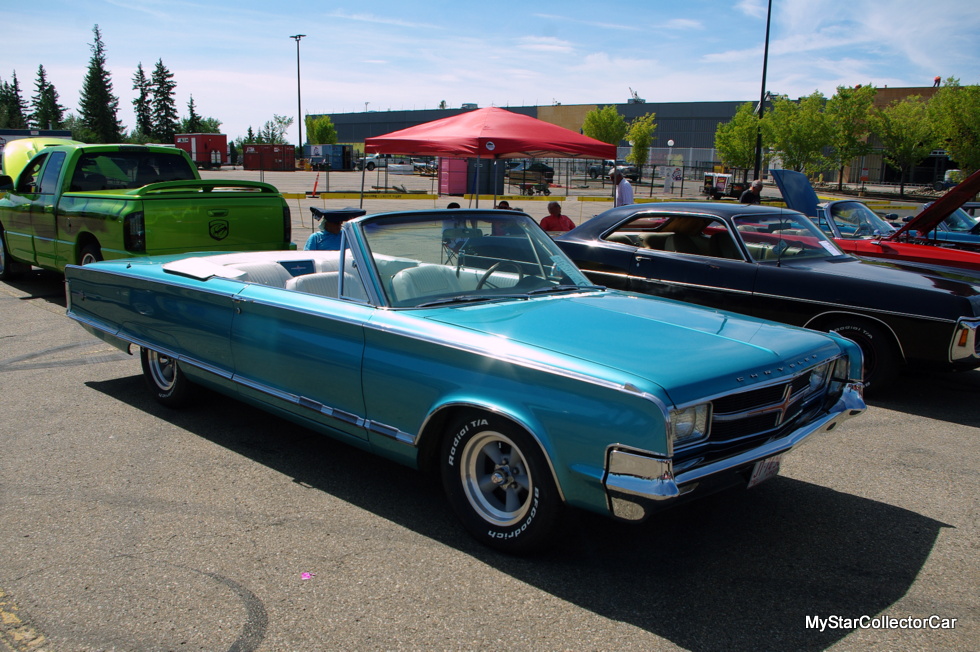 There are two types of car guys.

A 4-speed manual transmission can be a deal breaker or a deal maker for that type of car guy. 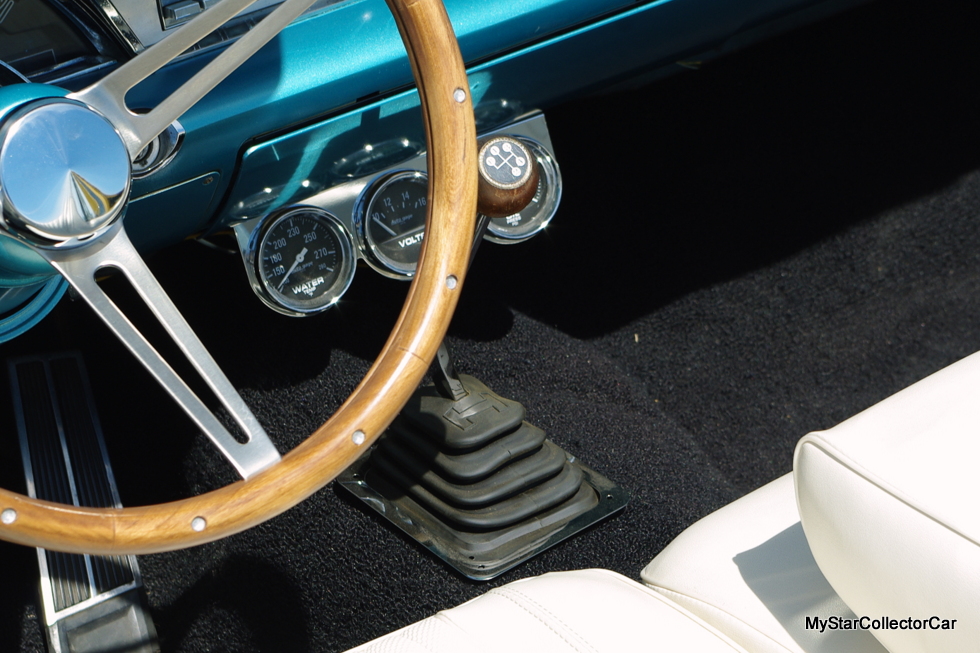 Peter Stoffers had a 1969 Chrysler 300 convertible and he was perfectly happy with the big C-body until he spotted a 1965 Chrysler convertible with a factory 4-speed. He thought this odd combination was because the 300 was a dealer principal car but the information on the original owner disappeared over the years and this car came from the second owner. He agonized over the car but he “had to pass” because he still had the ’69 Chrysler 300. 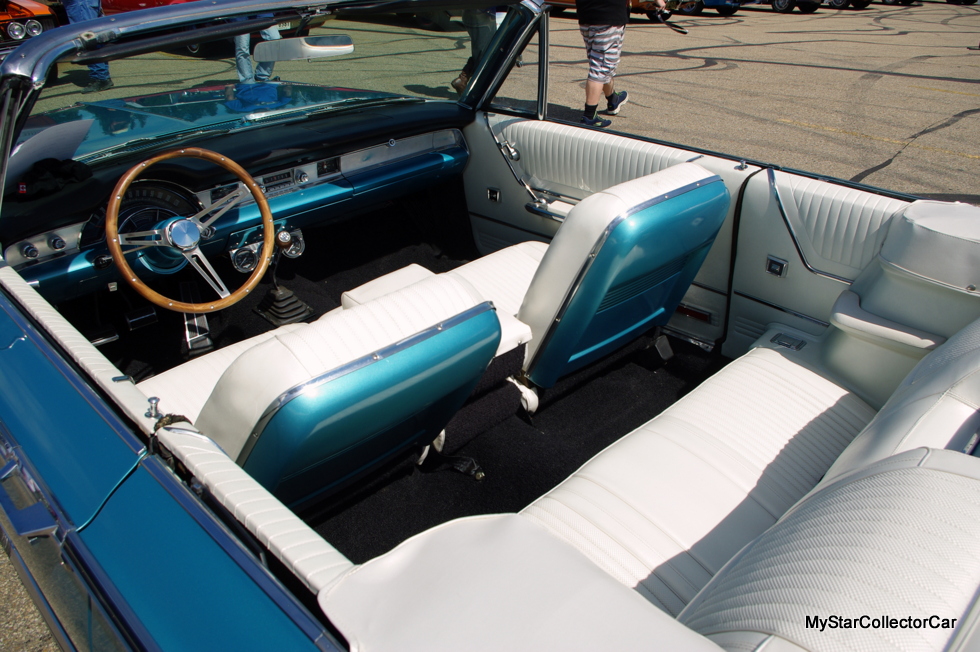 There was a sudden cosmic alignment in Peter’s favor because he got a call “out of the blue and a guy wanted my ’69” so the “timing was impeccable” to buy the ’65. 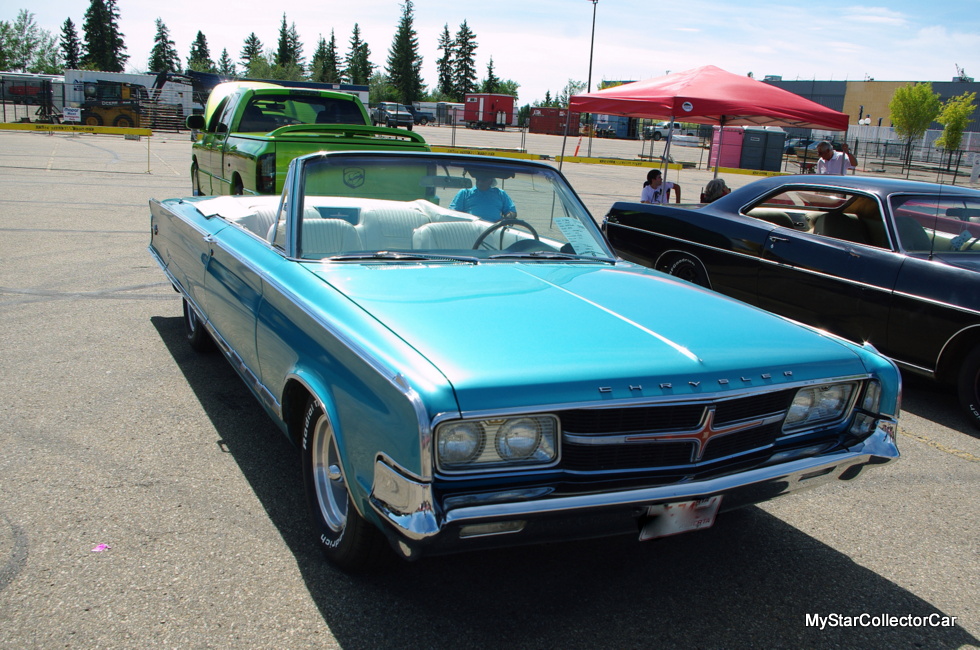 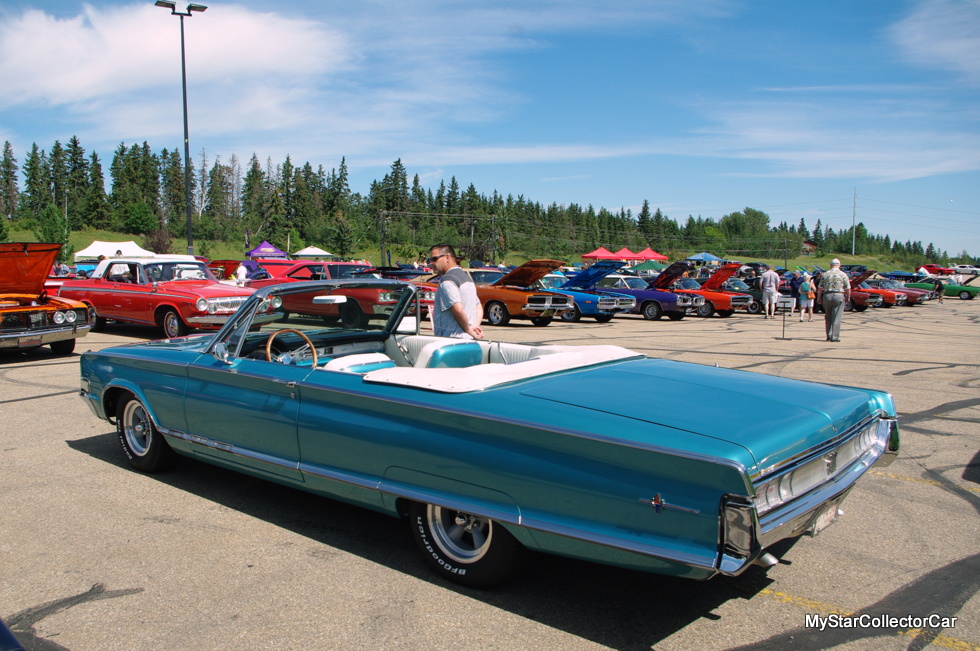 He admits he gets “a little flak from the purists” for the change but “it’s still period correct” plus this is a personal choice car—right down the early 1965 New Yorker clear taillights. The key to this 300 is it’s done within the framework of a realistic perspective instead of a “slam it to the ground and paint it flat black approach”. 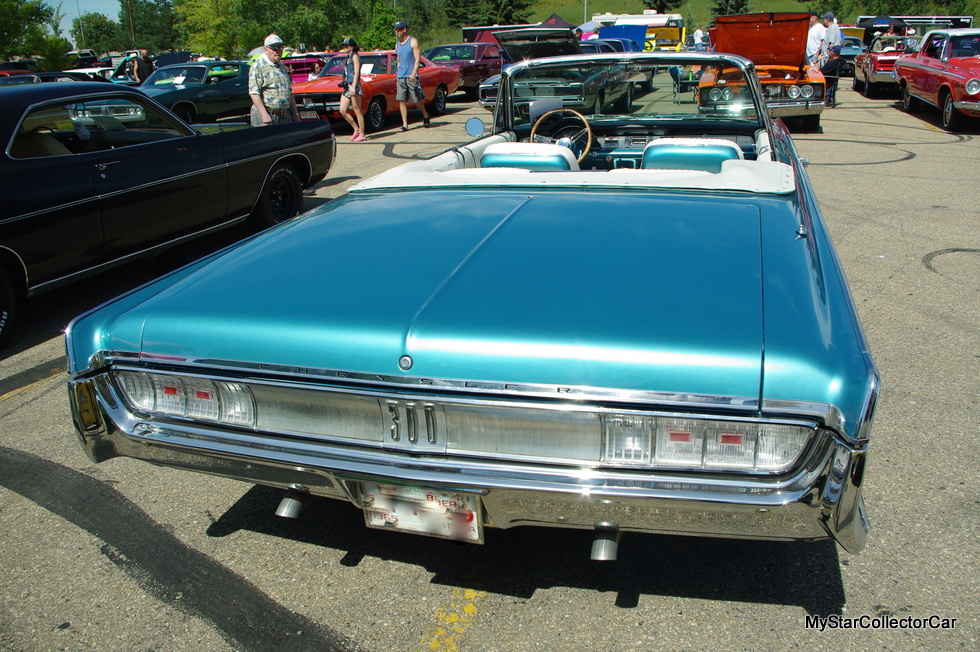 In other words, these are tasteful changes that respect the car, rather than dismember it. 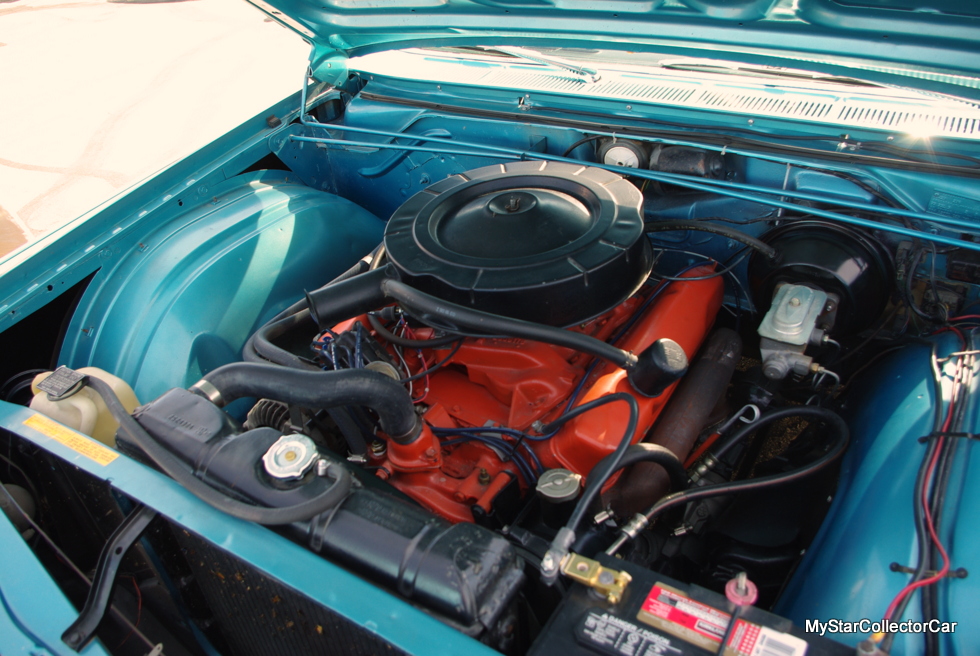 Peter added a few more custom touches to the 300 like the new wheels because he likes the idea of a car that meets his own tastes but he still has the original parts stored away. He retro-fitted a dual master cylinder “because it just makes sense from a safety point of view” plus he added gauges because he “doesn’t trust idiot lights” plus he runs premium fuel to “get away from the ethanol”. 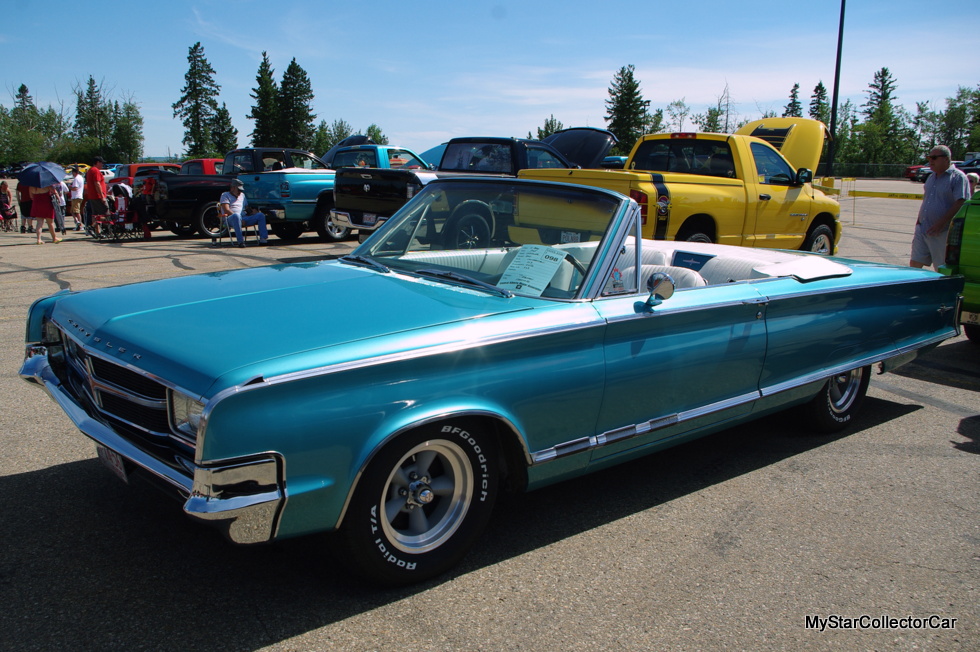 This is a driver so Peter made a few adjustments until he hit the proper tire combination. He had gone with lower profile tires but he found the smaller tires were noisy at highway speed. He upgraded to bigger tires in the 235-70 range and the difference was instant and remarkable. Peter said the “speedometer was accurate again, the ride was lot better with the thicker sidewalls and the only noise you hear is the wind—not the tires”.

The biggest hurdle Peter had to clear was a mental hurdle because he “sold a car that was done for one I had to do again” but he never regretted his choice for a pretty simple reason.

‘This Chrysler 300 convertible has a factory 4-speed.’