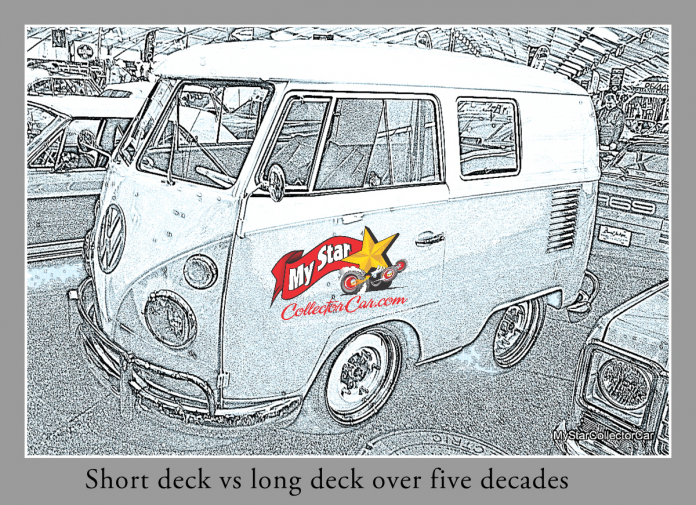 The Ford Mustang is always brought up in any conversation about short rear deck-long hood cars, but the original pony car was far from the first car with that profile.

The first decade is the ‘Roaring Twenties’.

This was an era when short rear decks dominated the automotive scene for a good reason – the stagecoach was only a few decades in the rear-view mirror, so the car was just starting to separate from its horseless chariot roots.

Street rod guys loved the profile of these cars from the 20s and that’s a tradition to this day because those long hoods still hide some massive power almost 100 years later. The short wheelbase helped them launch better at the track.

The 1930s were another big decade for the short rear deck/long hood configuration.

The cars were starting to look less like a stagecoach – but they stuck to the roots of the Old West.

Trunks weren’t a big deal to automotive designers in the 1930s or the 1940s. Thanks to the pause button called World War II, old designs stuck around ten years past their due date.

Freeways were built, longer trips became a reality, and cars were faster so suddenly we needed trunks that could handle more than a spare tire and a six-pack of beer.

Cars had longer trunks and shorter hoods in the in the 50s out of necessity, so this was a decade where the short rear deck almost disappeared, but you could sure haul more stuff at a comfortable 75 miles per hour. You needed the trunk space for 1000-mile road trips.

The 1960s were unpredictable years in many ways and that applied to the cars. The Mustang was mentioned earlier, but it was really the ’63 Buick Riviera that started a trend toward a shorter rear deck – a year before the legendary pony car.

The difference in the 1960s was simple – the short rear deck wasn’t applied equally across model lines in the world of cars. Some cars had short rear decks while others went for the more conventional 50-ish trunk treatment.

Maybe it had something to do with the baby boom families versus the empty-nest families or newlywed families, but trunks weren’t universal sizes in the Swinging Sixties.

The 1970s saw more of the same mix of styles although the late 70s showed more short-deck style than the early 70s. Detroit offered options but in the early 70s you could go either way in the world of rear decks.

The bumper era cars saw a spike in the size of the hood while trunks became a shrunken afterthought during the disco era. Detroit saw the late 70s as an excuse to really tap into the short deck profile because the Me decade meant you traveled with less baggage.

The automotive world has migrated to an era full of SUVs and quad-cab trucks so the short rear deck debate may never rage again but for almost 100 years it defined decades.