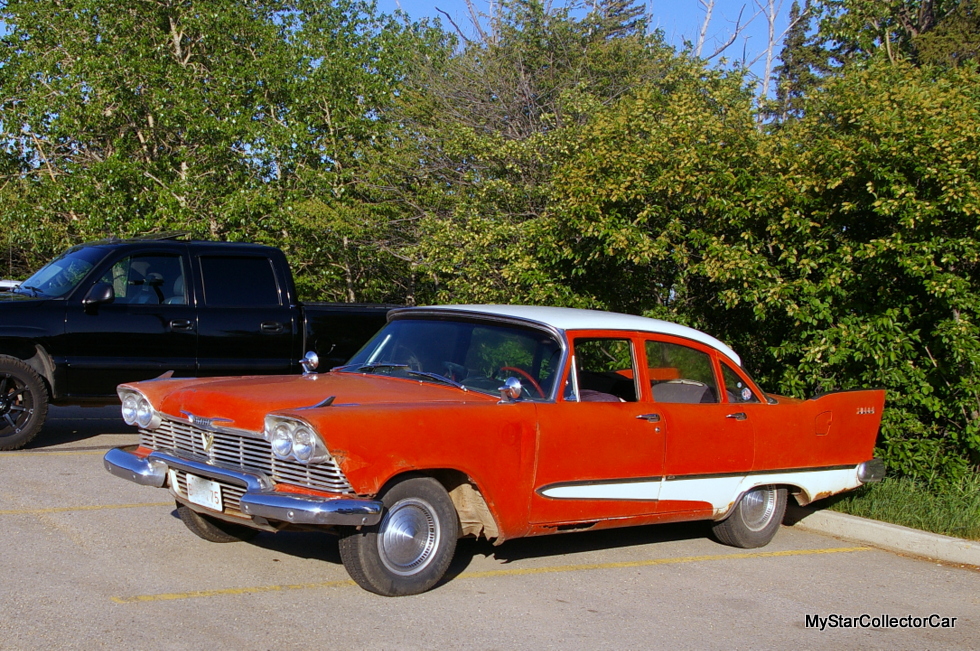 Family legacy cars and trucks are the backbone of MSCC because the stories write themselves.

Family history is literally the best “story behind the car”.

This family legacy story begins and ends with a 1958 Plymouth. 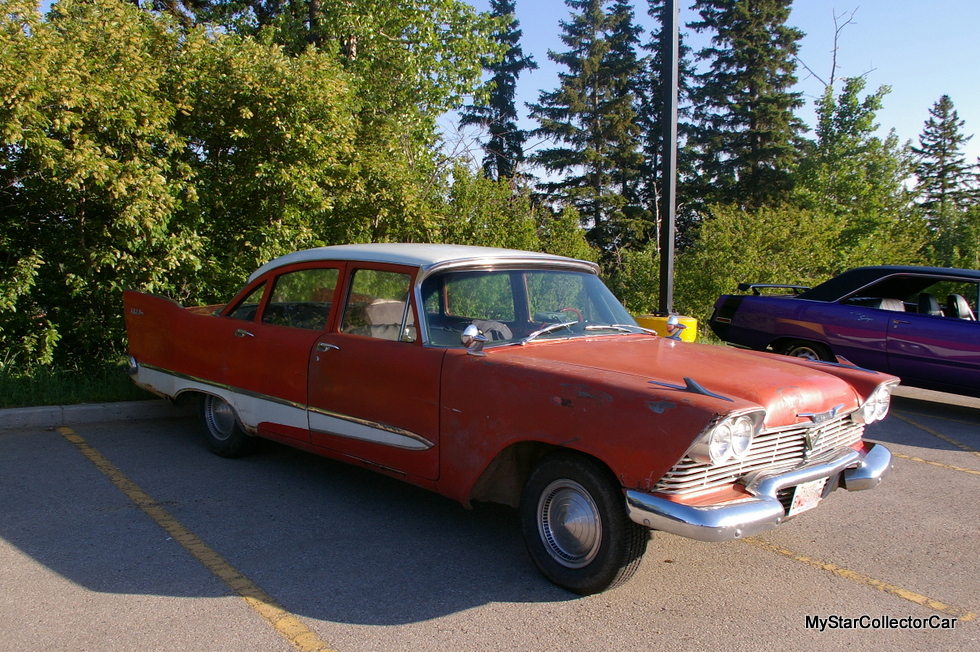 Robert Hetesi is the proud owner of this humble 4-door sedan. This Plymouth is what you drove back in 1958 when you wanted an unassuming, full-on practical car. Two-door hardtops were unrealistic in an era where kid production was off the charts.

Robert’s ’58 Plymouth was his grandfather’s car. His grandfather was a farmer so this car really earned its keep on the farm in addition to its role as a family taxi.

Robert loves to point out the dents in the trunk where a cargo of fence posts did some damage and the stainless trim on the fins shows some battle from loads over the years. 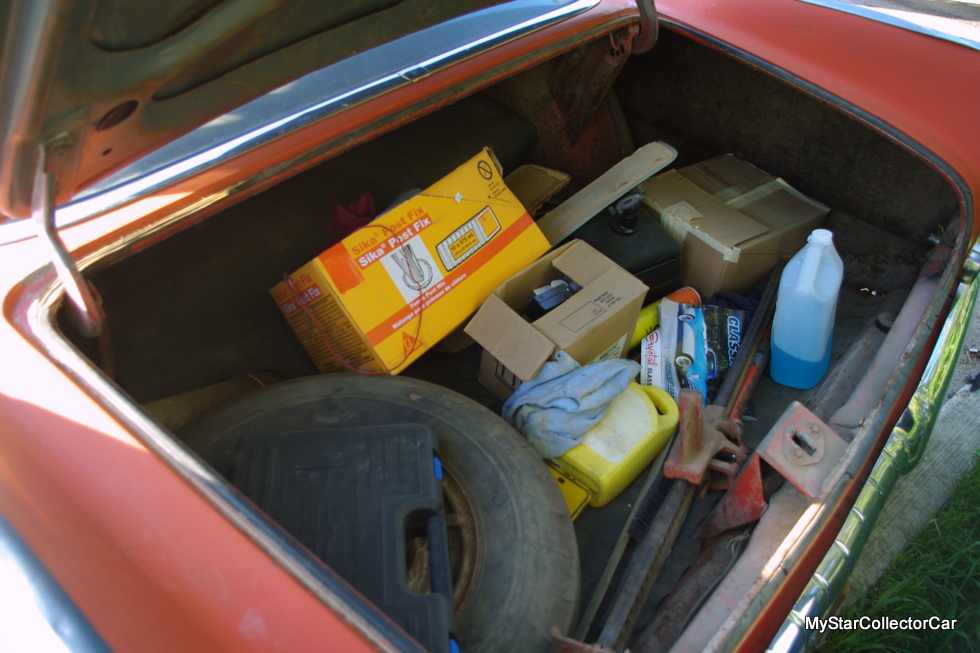 This old Plymouth is definitely a work in progress because Robert has owned it for a few years now and he’s inched ahead on the restoration process. He explained how he “has the interior ¾ done and it’s got a new headliner and flooring”.

Robert includes his daughter in the process so she’s there “piece by piece” on the project. He’s stuck on a few missing trim pieces but the search continues.

This old Plymouth had one other big ticket item added when Robert had to replace the windshield. That was a 1500 dollar fix—the largest investment to date.

Robert’s biggest fear about the car is that a full-on restoration would take it off the road too long. He’s spent a lot of time with his kids in the car and he doesn’t want to jeopardize that relationship between his grandfather’s old Plymouth and his kids.

He likes to “have the summer to drive it” so Robert does stuff that won’t take it off the road for any length of time so he’s going to do it “one fender at a time”.

Robert has his own history with the ’58 and he admitted to a learning curve when he first drove it on the farm back when he was 12: “The fender hit a front gate when I was learning how to drive it—there were only two cement pillars and I ran into one of them”. 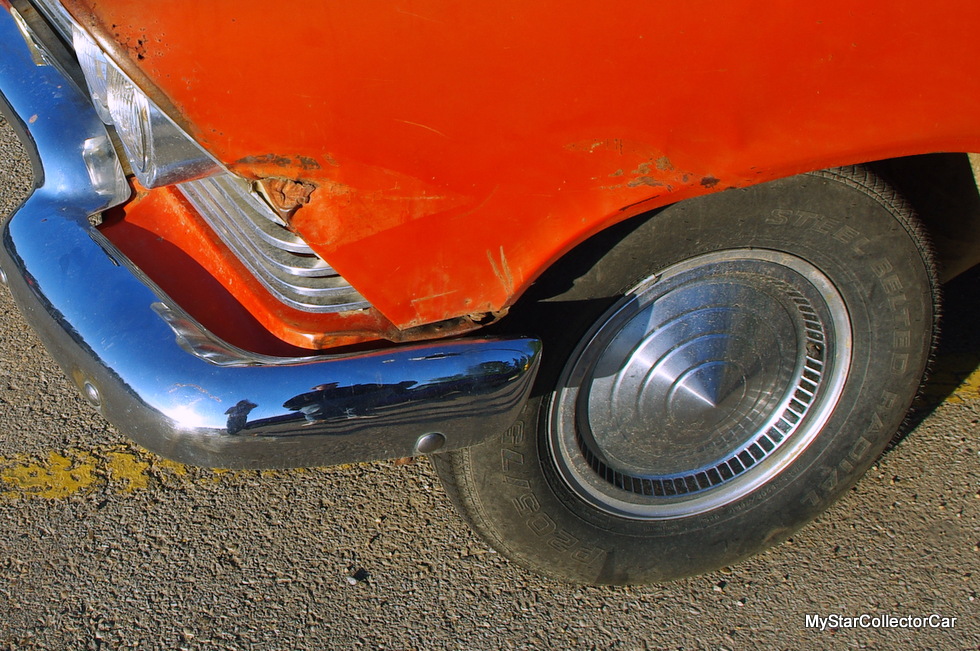 This is a Canadian model so it has the 313 cubic inch V-8 and the basic three-on-the tree manual transmission. 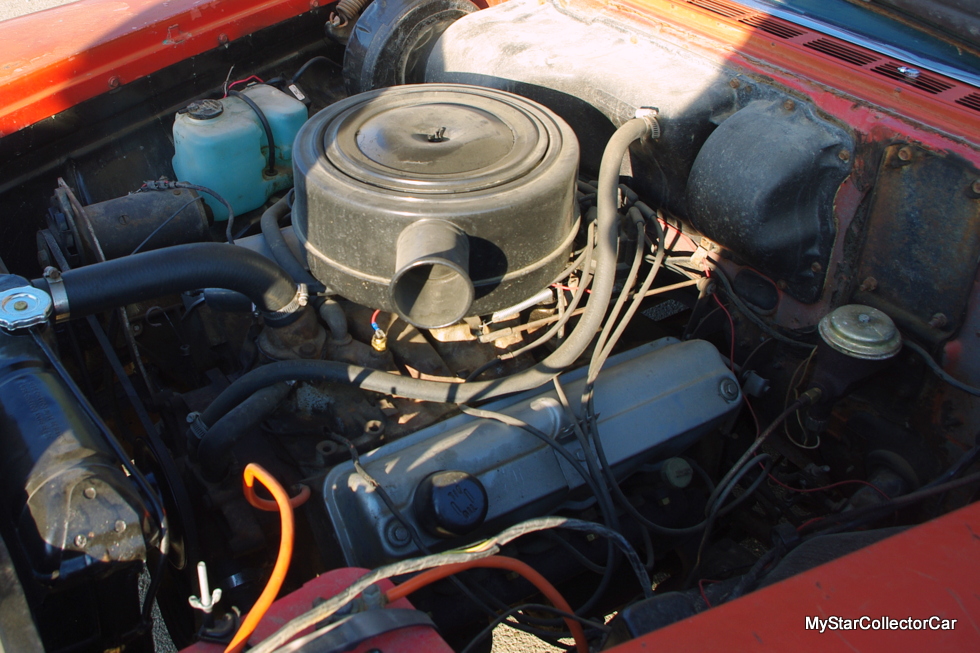 Robert loves the feel of the car on the road and he claims it’s “better than anything else I drive old or new—it’s beautiful on the road”.

Robert’s enthusiasm for the old Plymouth extends to his family because they’ve had time behind the wheel as he confessed, “My fifteen-year-old has driven it and the 13-year-old has too”. Robert’s daughter is obsessed with the car so she insisted on a ride to school in it when she started grade ten.

Robert admitted, “the youngest wants it too so they’ll be fighting over it eventually, The oldest knows she’s not going to get it right away so she’s looking at other cars like a ’67 Impala”. 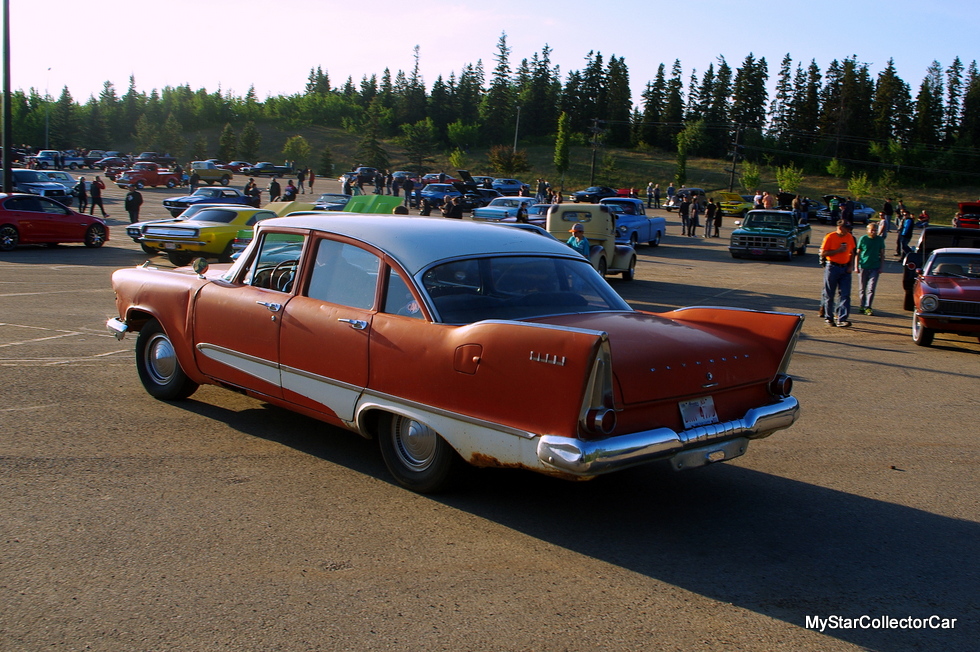 Robert’s basic game plan is simple. Allow his kids to grow up with the car before he takes the big leap into a major body-off restoration because he knows how long that process can be—even under perfect circumstances.

You take a studied approach to a family legacy.