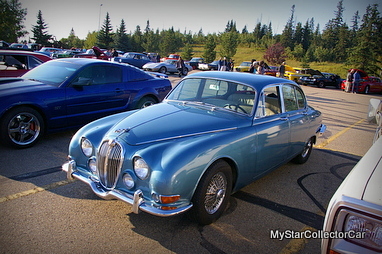 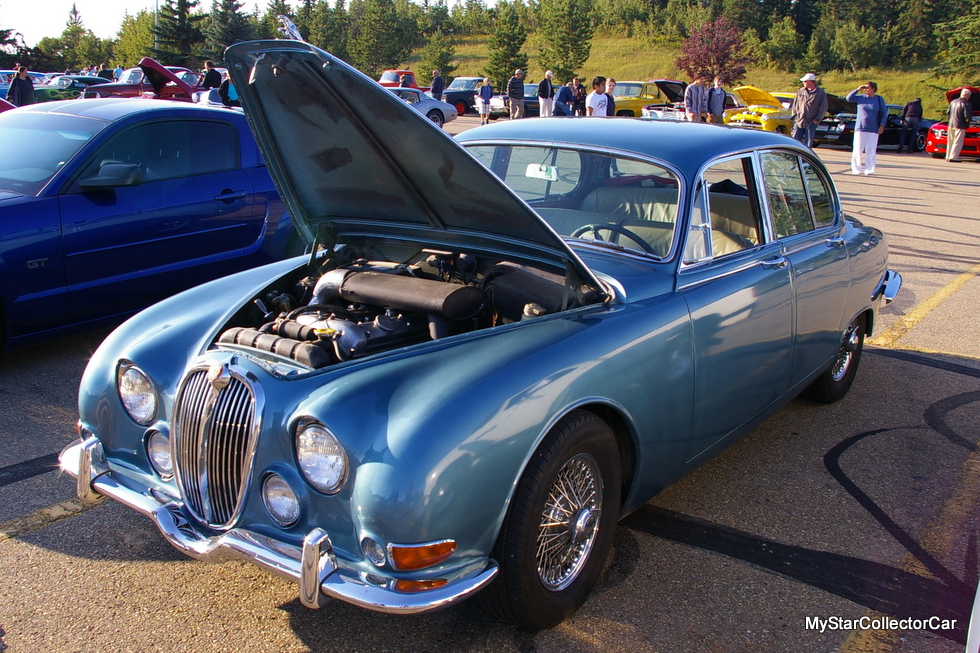 There were not too many Jaguars in my town during my childhood.

One of our acreage neighbors owned a 50s-era sedan and one of our local surgeons owned an XKE.

I was fascinated by the XKE and indifferent to the Jag sedan, but I had a lot to learn about the Jaguar brand when I was a kid. 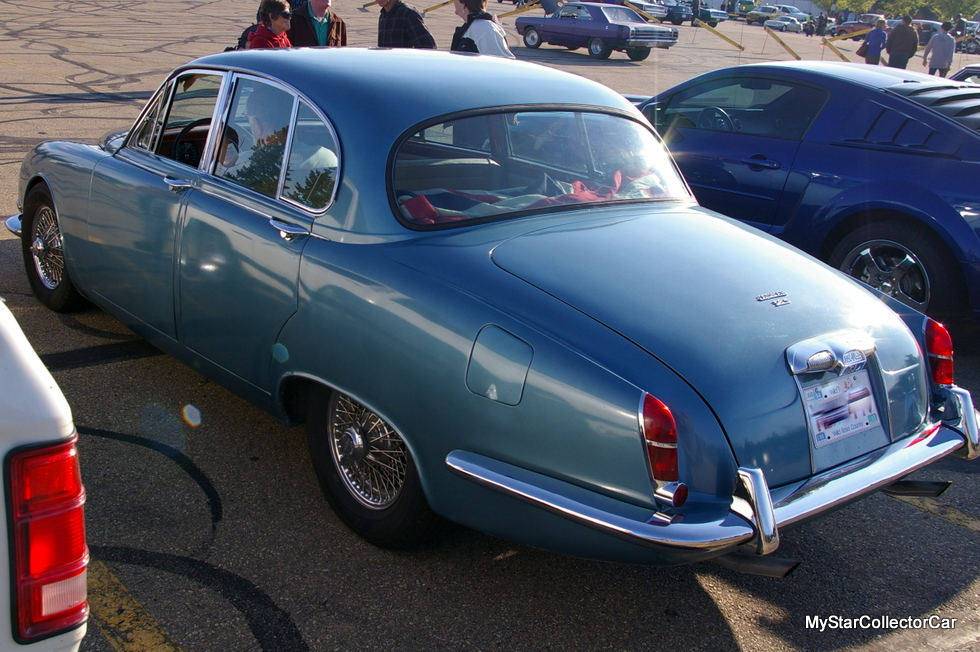 Jaguar has always been a name associated with temperamental elegance. The cars reach the zenith of the luxury car market because they were built with classic style and significant performance as part of the DNA.

The Jaguar brand was expensive to own and even more expensive to repair when they faced an inevitable glitch in their mechanical/electrical systems.

Few Jaguar owners cared because their cars were like supermodels; far too beautiful for mundane matters like reliability and more than able to round up a posse of wealthy admirers.

Peter Robinson was a young apprentice mechanic in England when he encountered his first Jaguar. He worked for a British Leyland dealership and developed a strong bond with the cars, even though he spent his time under the hood of Jags instead of behind the wheel. 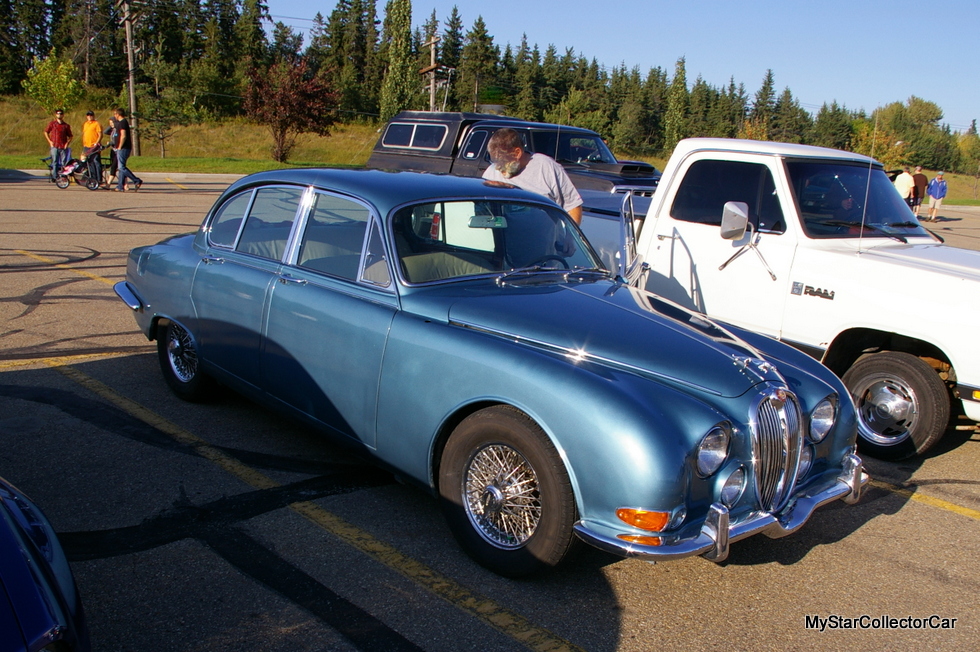 Eventually Peter moved to North America where his love for Jaguars remained stronger than ever in a new country where Detroit-made cars dominated the market.

Peter reached a point in his life where he wanted to actually own a vintage Jag and began his search.

The search ended in 2009 when Peter finally found his Jag: a 1966 S-Type sedan. Peter is a practical man who knew a Jaguar purchase meant he had to sell his 1958 Wolseley-also a British sedan-but not a Jag. 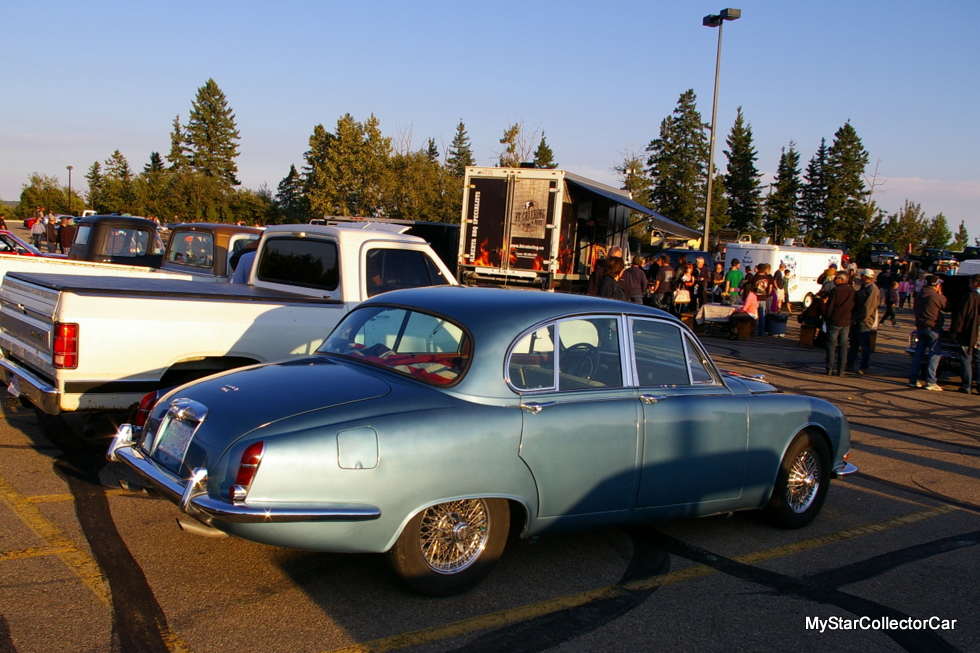 The Jaguar had spent 20 years in storage and required some tinkering from Peter, but fortunately the engine had been rebuilt and he could strike that issue off his list. Peter rebuilt the carbs and was able to bring the car back on the road with minimal effort.

Peter was happy with the mechanical condition of his car and said “it runs pretty well”, in his understated British assessment. He likes to drive the car of his dreams and puts on a couple of thousand miles a year on average. 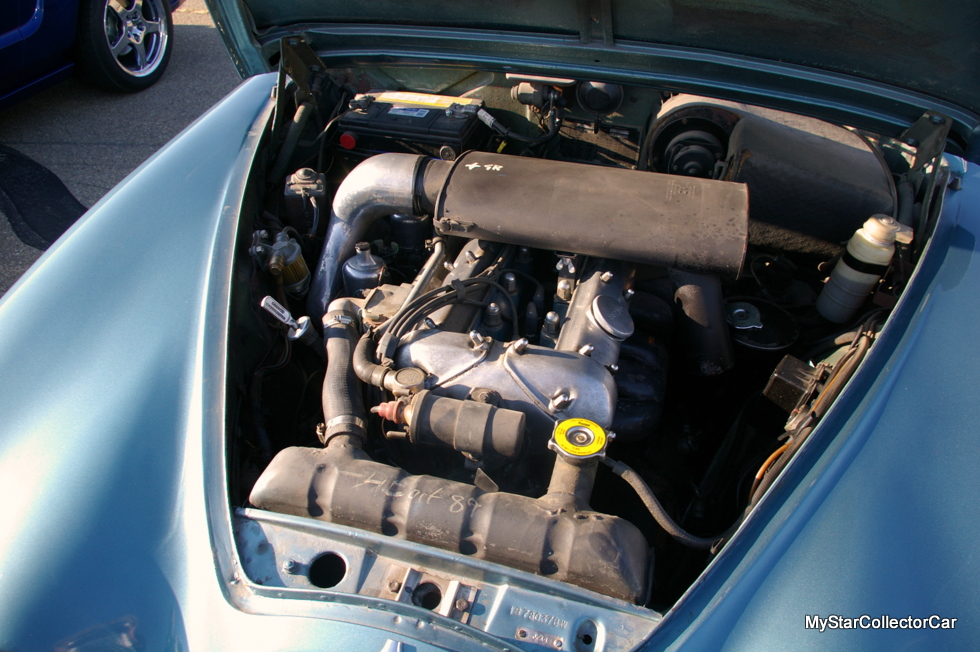 The 49-year-old Jag has the same basic engine as its sporty cousin, the XKE, and will easily keep up with modern traffic on any freeway. Peter feels the car “could use an extra gear” to drop the RPMs down at highway speeds. 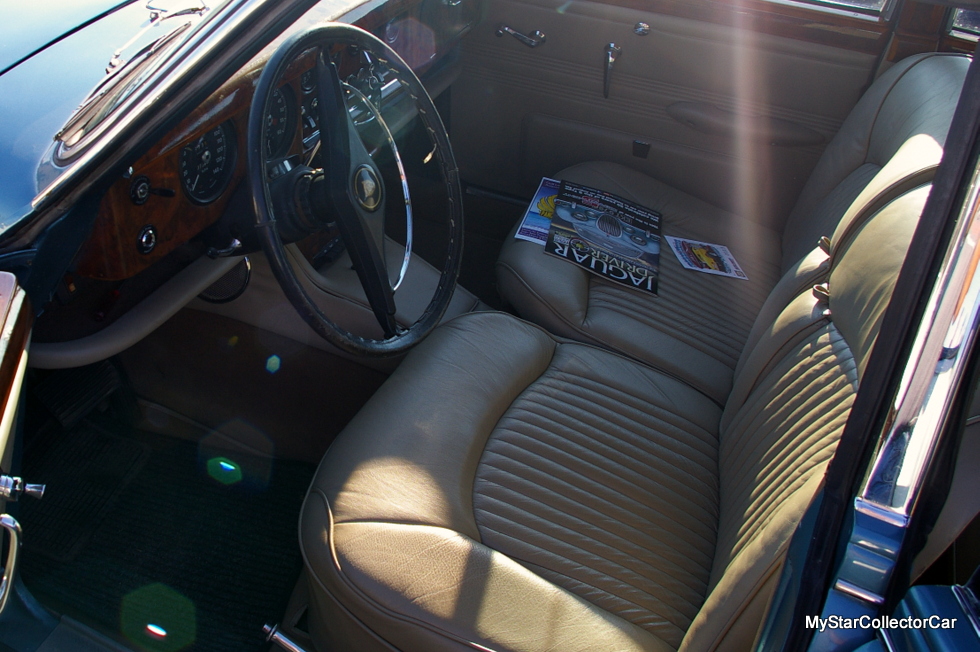 The 1966 Jaguar S-Type also featured a factory four wheel disc package that will help Peter bring the sedan to a full stop quicker than its 60s-era American counterparts.

Jaguar also provided a factory tool kit with the car- just in case an owner was lucky enough to be a licensed mechanic who cut his teeth on these cars. 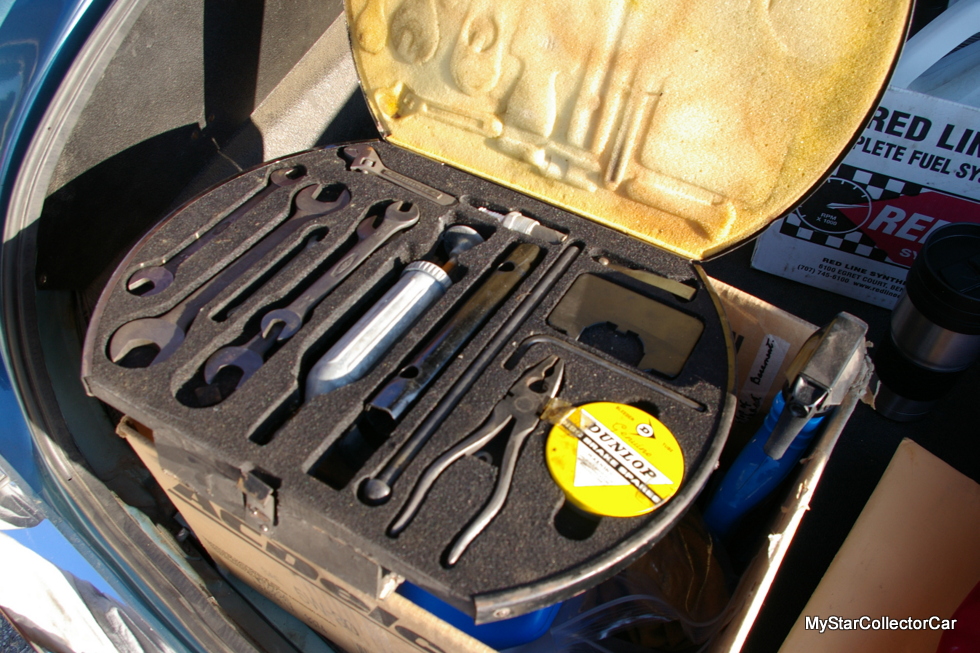 One of the things that attracted Peter to Jaguars was the big-cat-in-attack-mode hood ornament, which he called a Leaper.

Add everything up and we arrive at a happy ending: Boy meets car, boy wants car, boy finally gets car.

Hard to find a better plotline for a car guy.