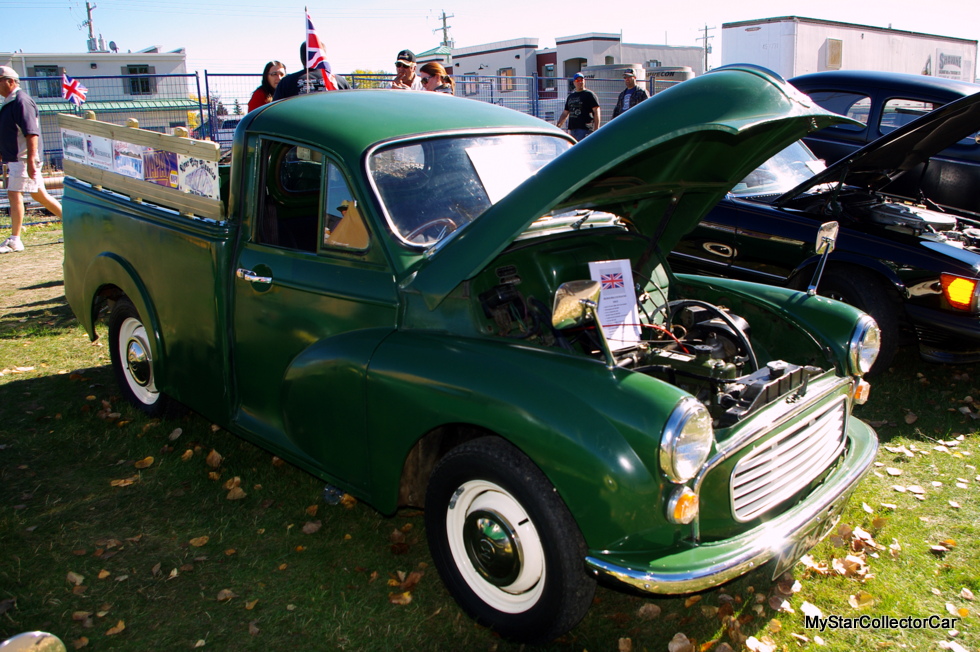 They started to catch the eye of buyers a few years ago and since then they’ve spiked in value.

‘One reason is pretty basic—old trucks have a built-in cool factor but another reason is they’re still practical so you can pitch the “hauling stuff” feature to a reluctant bride.’

Brian Crundwell is the proud owner of a ’61 Morris Minor ¼ ton pickup so the payload is less convinicing to a wife but the cute factor offsets the loss in function. They’re so cute these Morris Minor trucks have a cute nickname—they’re called Moggies in the old country. 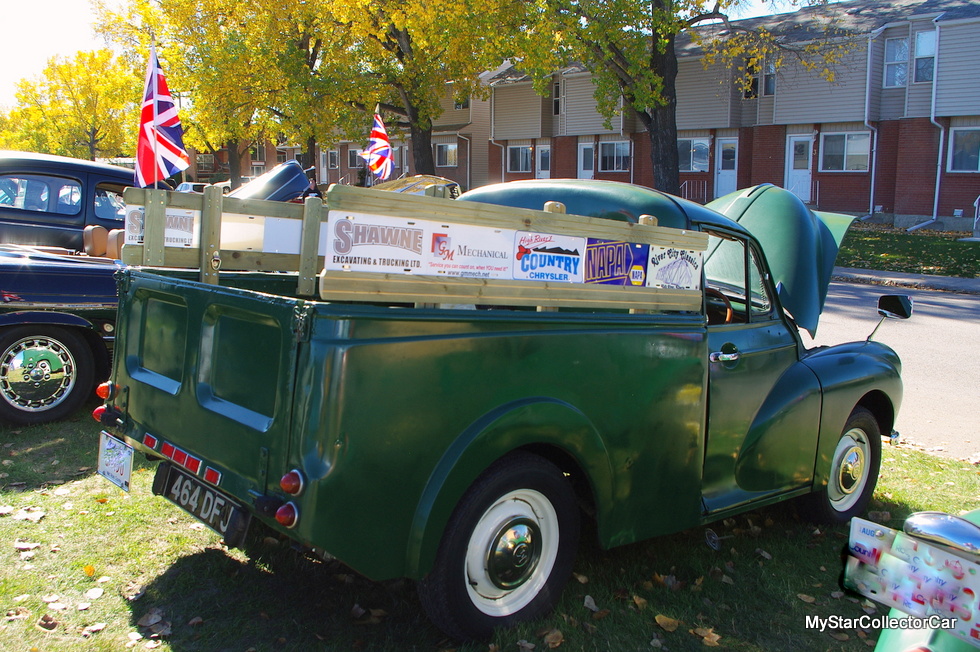 This is a well-travelled little truck. Brian knows the history well and it began back in Great Britain when the Morris Minor pickup was treated to a frame-off restoration. The truck was destined to be part of a wedding party in western Canada because the ex-patriot Brit father of the bride wanted a touch of the old country to be a part of the celebration. 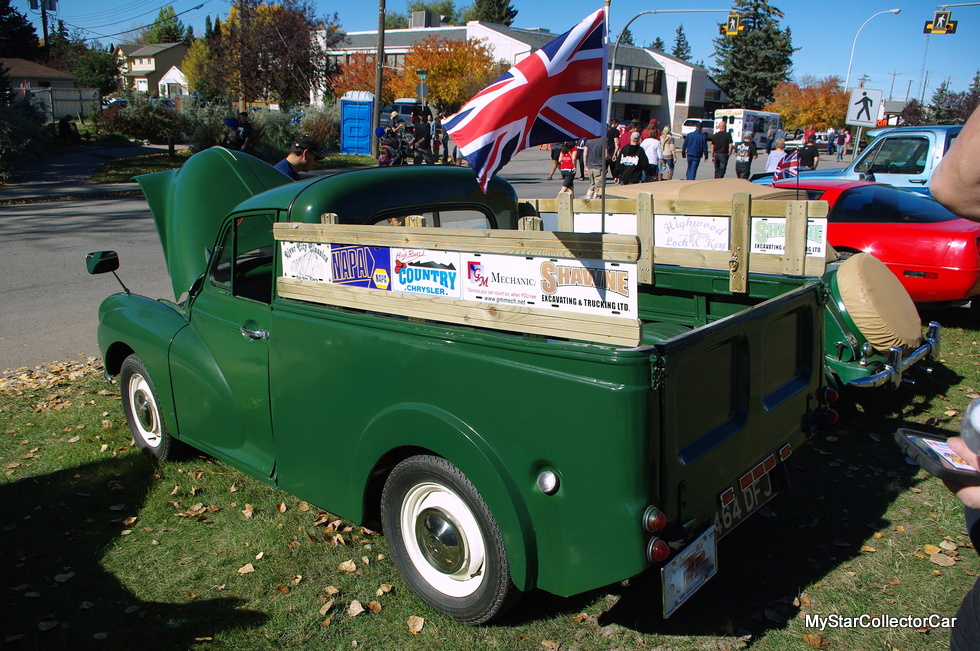 He found this truck over in England and he wanted it brought back to a high standard for the wedding so he had it built over there. They put a new frame and all new running gear under the vintage Moggy back in 2009-10 and shipped it over to the new country in 2010 once it was up to the father’s standards. 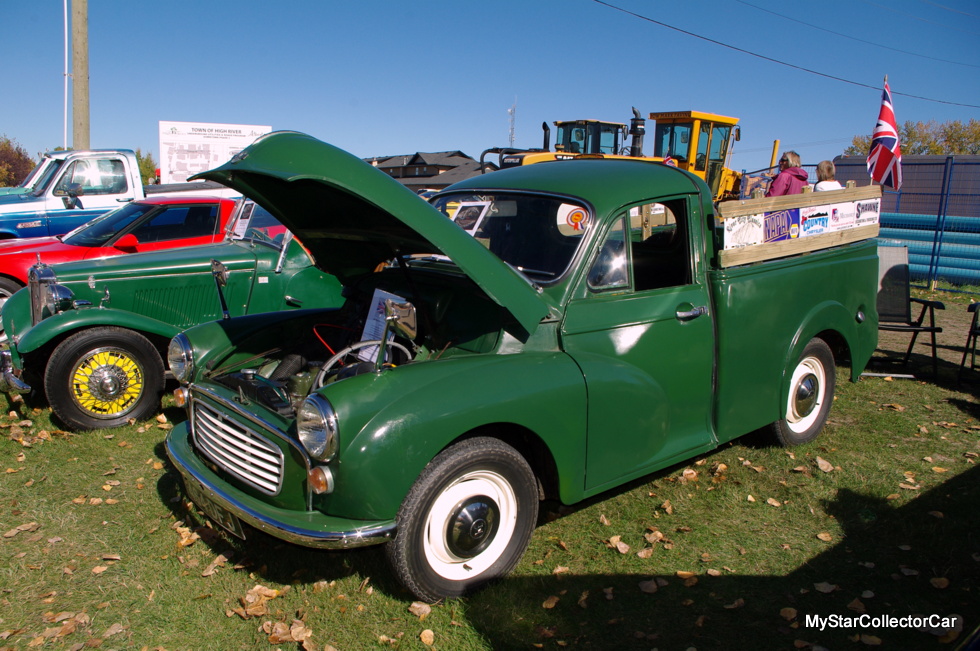 Brian explained how the former owners, “used it for the wedding and she (bride) sat on a hay bale in the truck bed” so the Morris Minor easily handled its role in the big day. The truck went into semi-retirement after that so it ended up on the market. 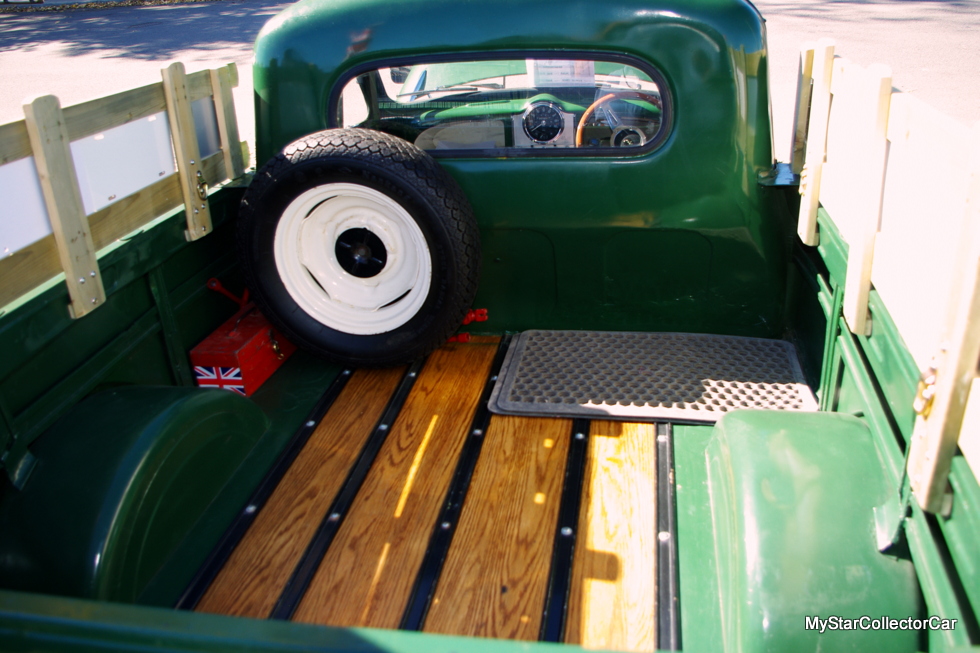 Brian found the Moggy and he was “immediately drawn to it” so he became a proud new owner. He contacted the restorer back in England and he had “a ton of invoices” for Brian. The truck also came with the original license plate and registration so it is really well-documented.

There are some realities with these little trucks and one of the most obvious is cab size. Brian is a big guy so the first alteration was to change the steering wheel from a stock 17” to a more forgiving 13”. The extra room gave Brian just enough room to squeeze behind the wheel for a run. 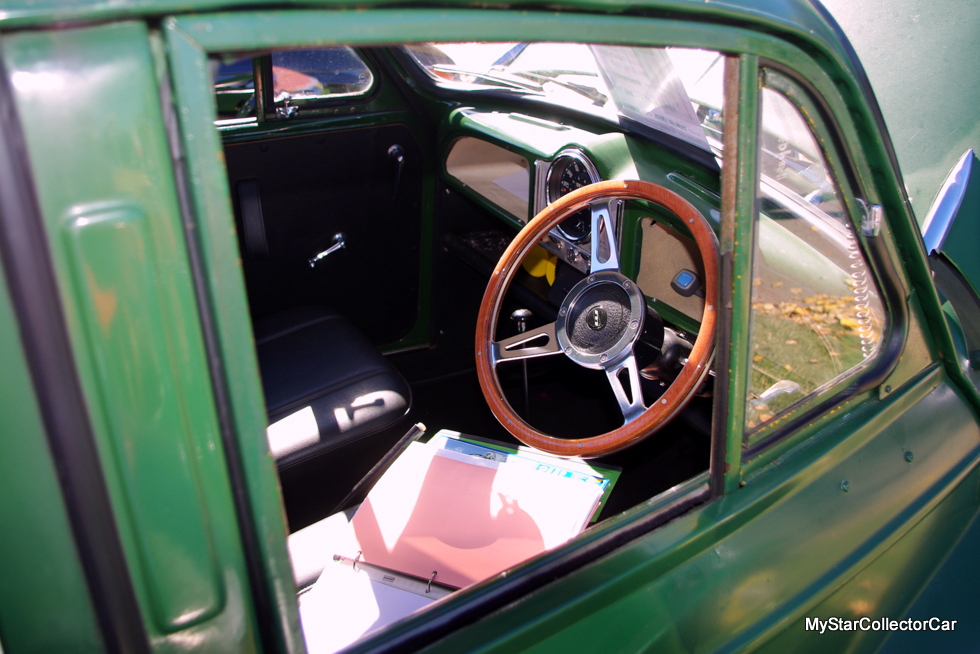 Another obvious factor is where the steering wheel sits. This is a right-hand drive vehicle so Brian said the right side “takes a little getting used to” but he is comfortable driving on the passenger side on North American roads.

This Moggy is not a speed machine. Brian explained how it “tops out at 75 but it’s screaming at that speed but it’s nice and comfortable at 50”. This is not a daily driver but he does take it to shows where “it’s a big hit”. The payload is usually a couple of lawn chairs so he’s not pushing that 500 pound limit. 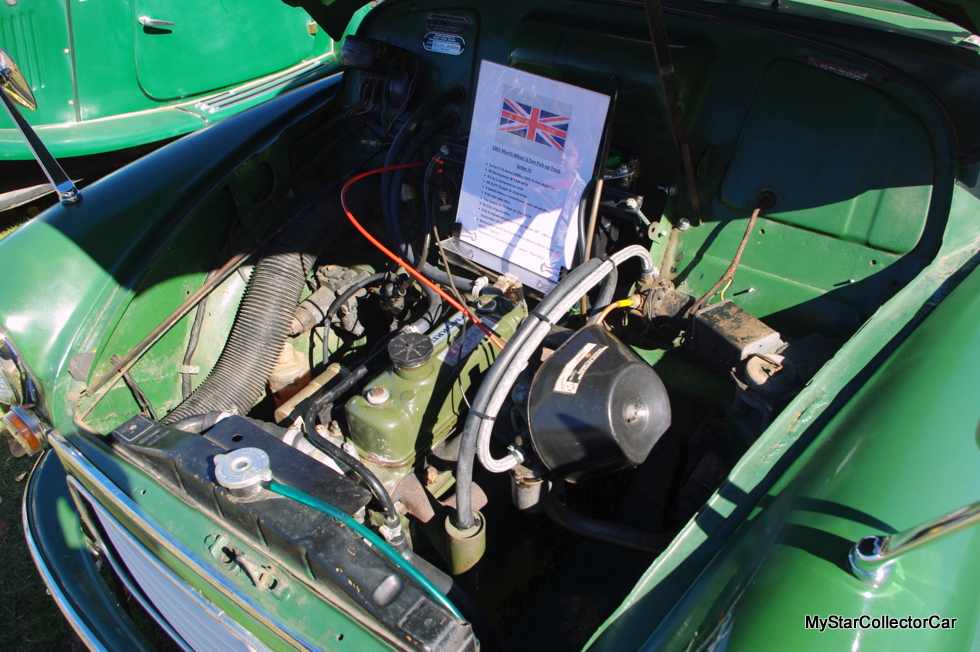 Brian explained how his Moggy has “a few old car things”—new gas eats fuel lines so it was “spewing gas all over the place” and he had to fix a starter wire but “once it got a little love, it’s fine”. He noted there are always things to do with a Lucas-wired vehicle but it was brought to nice driver status and he’s happy with it. Brian’s main mission in life is to show how off his well-travelled Moggy to a new audience because he believes it may be the only one in Canada. 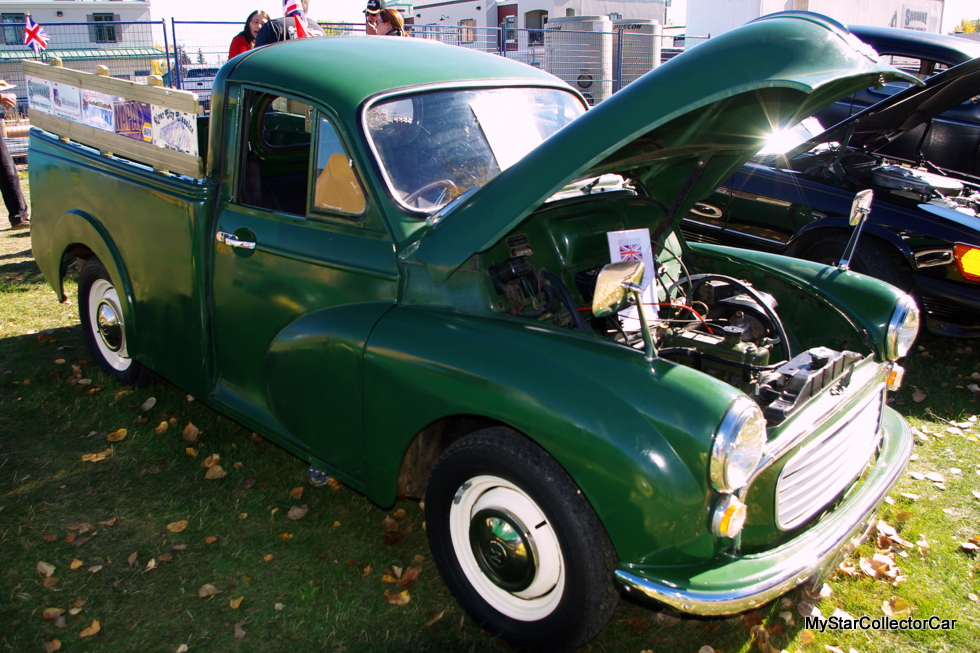 Canadians can always use a little more cute in their lives.