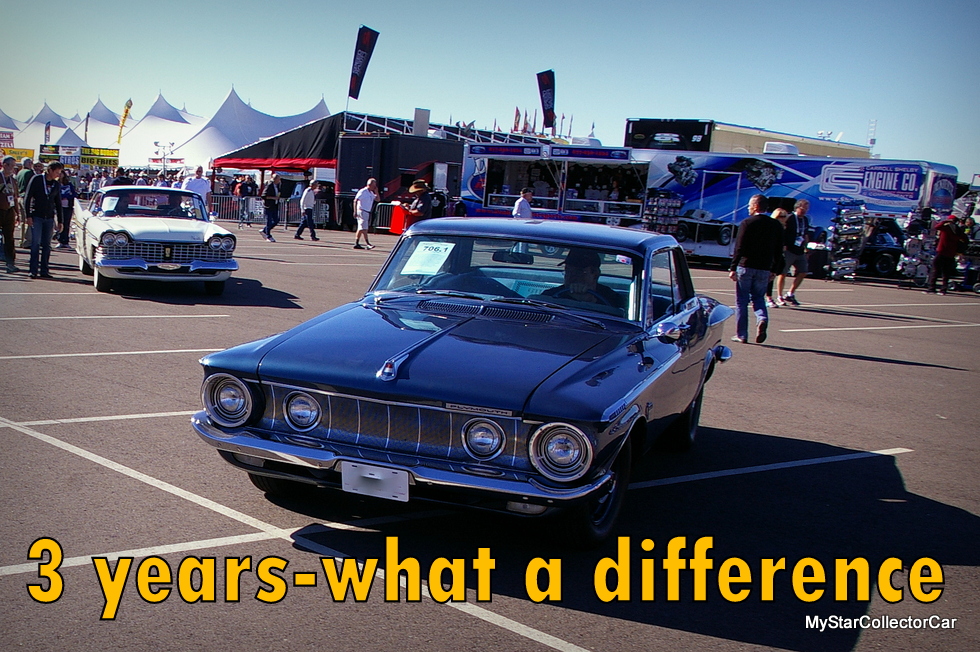 This movie had most of Hollywood’s biggest stars in its credits, right from Spencer Tracy to the Three Stooges, and it provided a 3 ½ hour car chase for a buried cache of money.

‘Even if car guys did not appreciate the stars, they would love the cars used in It’s a Mad Mad Mad Mad World.’

They needed plenty of vehicles-and even a plane-to haul the movie stars from scene to scene in this big budget comedy classic.

The movie was shot in 1962 and it provided an interesting look at how quickly car styles changed in a few short years during that era. Spencer Tracy and a few others drove then-brand new 1962 Dodges in the movie, while others rode in 1959 Plymouth Belvedere taxis. 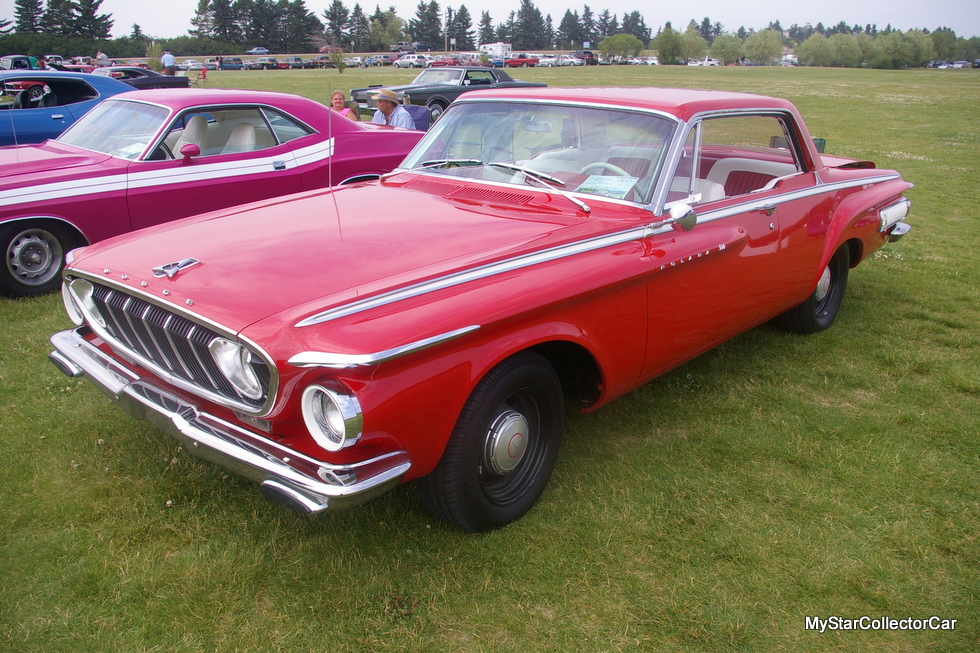 The pivotal chase scene finale had the two ‘59 Plymouth taxis in hot pursuit of a 1962 Dodge and the then- three year old cabs had some difficulty keeping up with the newer car. This pursuit scene was spectacular and it also indicated how much difference three short years made in terms of car style at the time. The 1959 car models had indeed been left behind by consumers in three short years by the time they rang in the New Year in 1962. 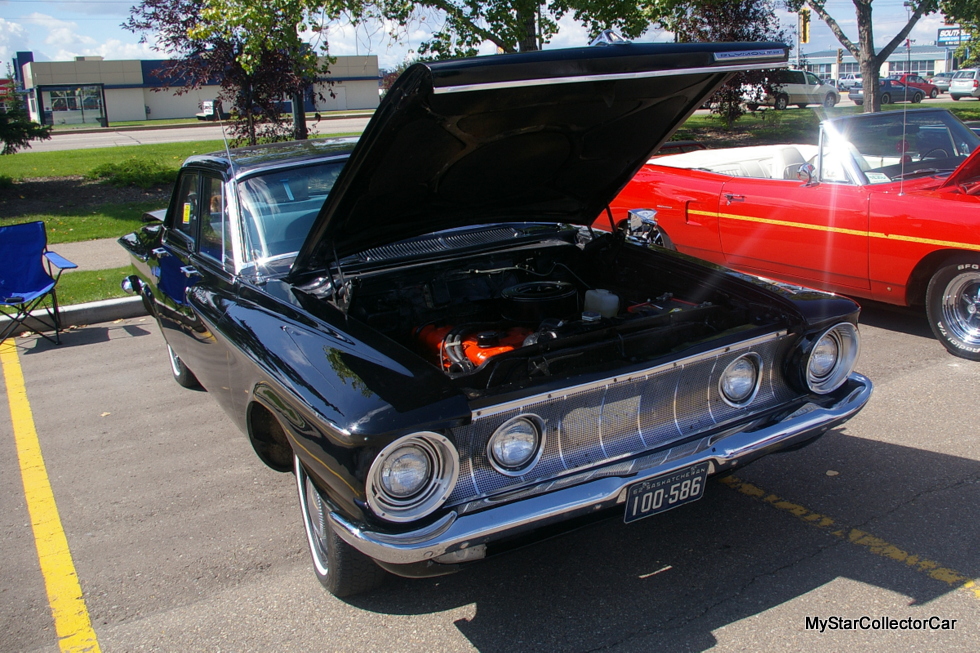 The greatest crime committed by the 1959 Plymouths was their anachronistic style. Fins were largely a bygone automotive fashion statement by ’62, found only on a handful of Detroit’s luxury models by the dawn of the second year of the Sensational Sixties. 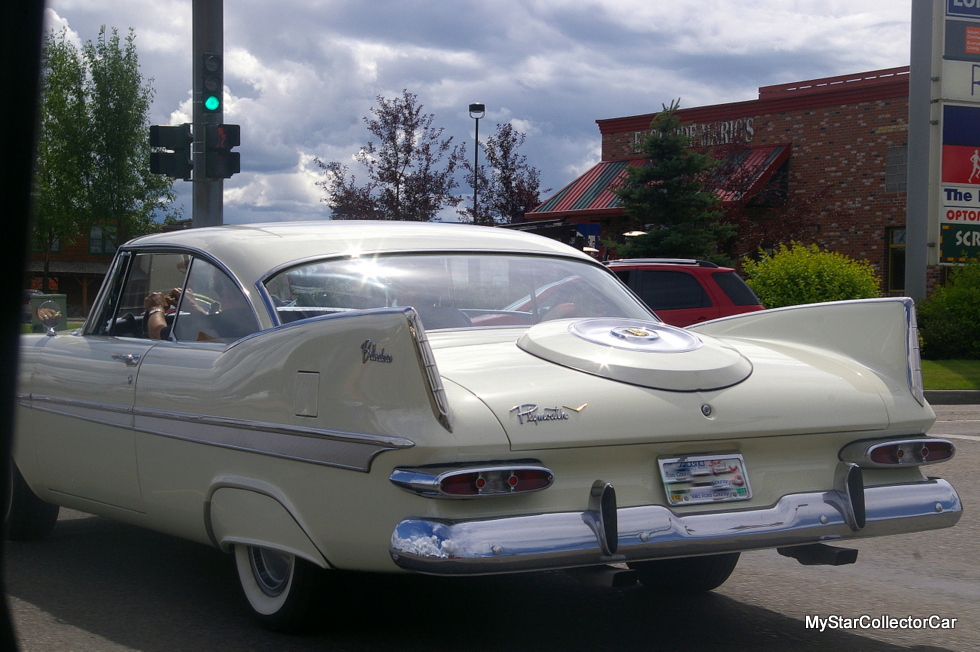 Car styles were definitely subject to change overnight during bygone automotive eras. Today’s automotive cosmetic changes are not as drastic over this short three year time frame by comparison to previous generations of Detroit’s finest. The biggest changes in today’s cars are under the hood and in the passenger area because today’s cars have an amazing array of computer-controlled functions that have advanced new cars into a cyber orbit well above their predecessors from the past. 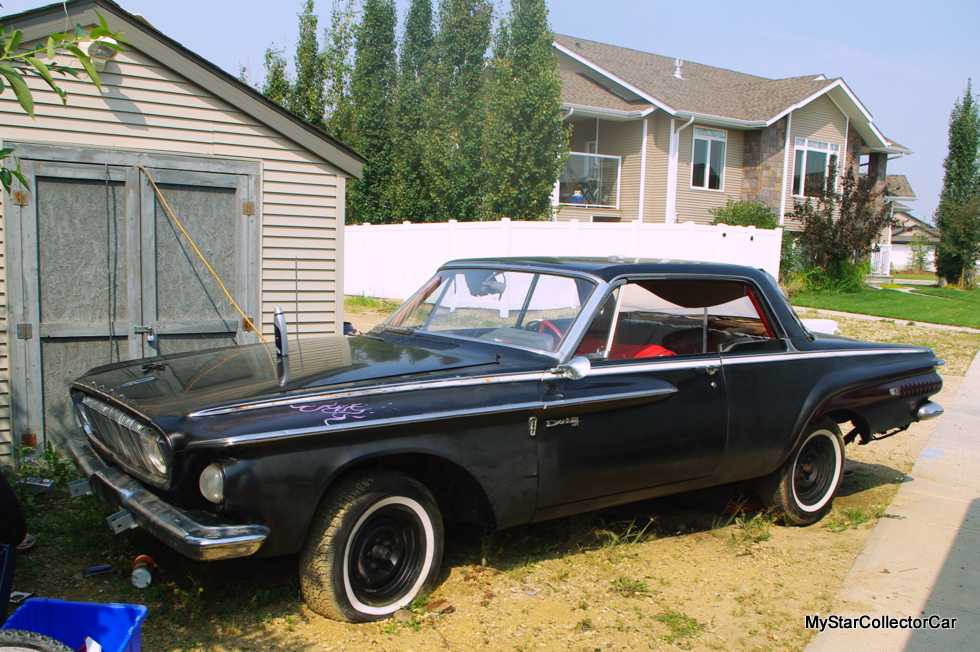 Those of us who spent our childhoods deciphering the subtle differences between a 1955 and ’56 Ford would stand no chance in today’s world without the able assistance of a well-qualified nerd to explain the differences wired into a 2015 car that pushed it three megabytes ahead of its 2014 sibling. They may look the same but they are cyber-worlds apart from each other in a way just as dramatically different as the ’59 Plymouths compared to the ’62 Dodges in the movie. 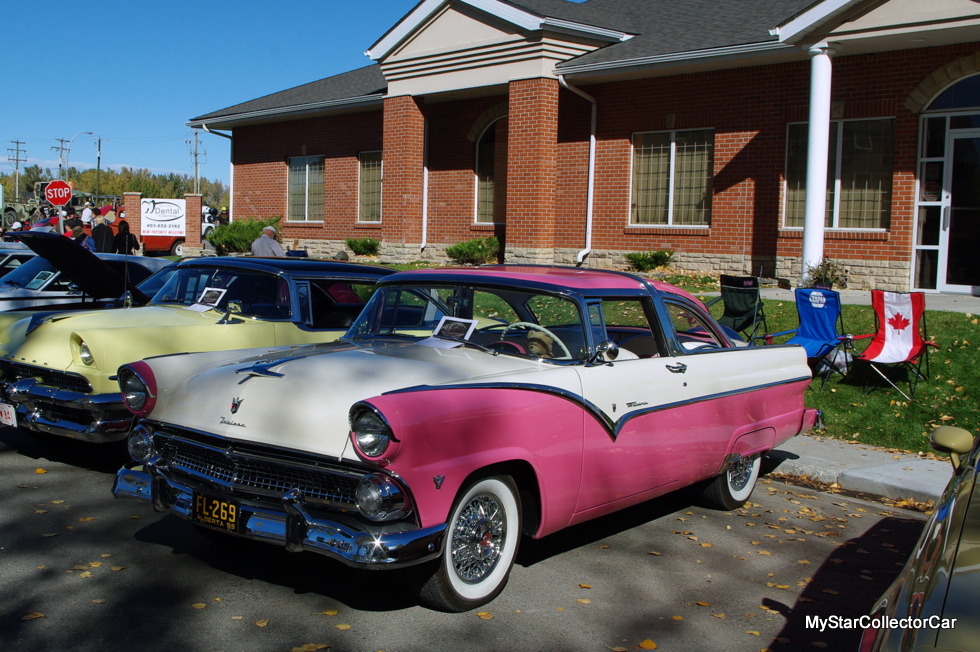 Speaking of 1959 Plymouths, I was in Grade 12 and owned a 1961 Volkswagen microbus that my brother borrowed for a camping trip weekend. The weather was very hot and that VW was no match for the heat, so I ended up with a VW van sporting a blown engine. 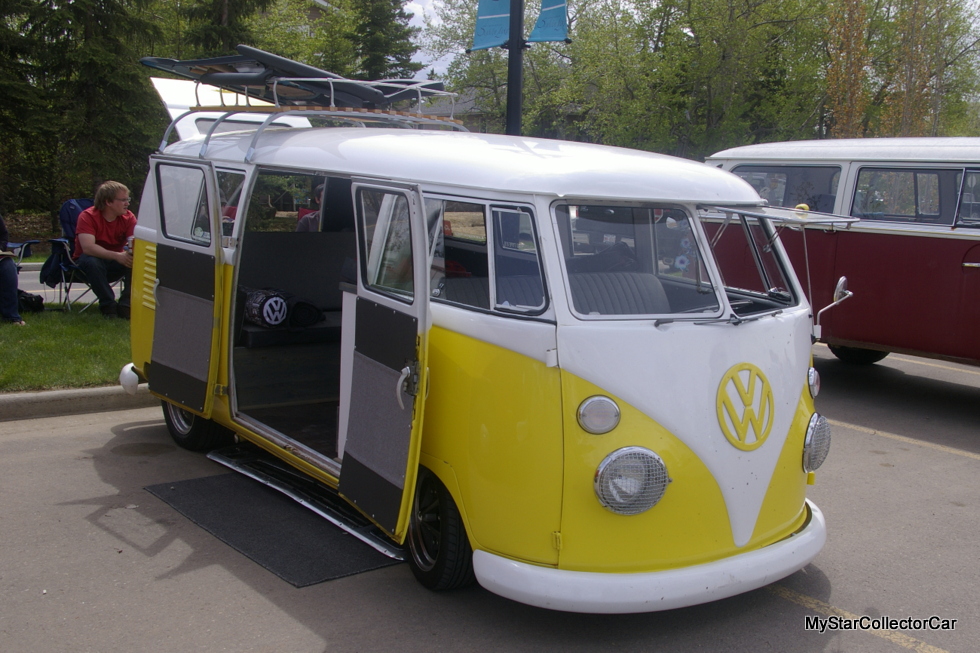 The VW microbus was a reasonably hip set of wheels for a high school kid in the early 70s, so I was able to maintain a reasonable veneer of coolness in my adolescent self-assessment. The search for another engine temporarily robbed me of transportation and my brother offered his solution: a 1959 Plymouth station wagon. 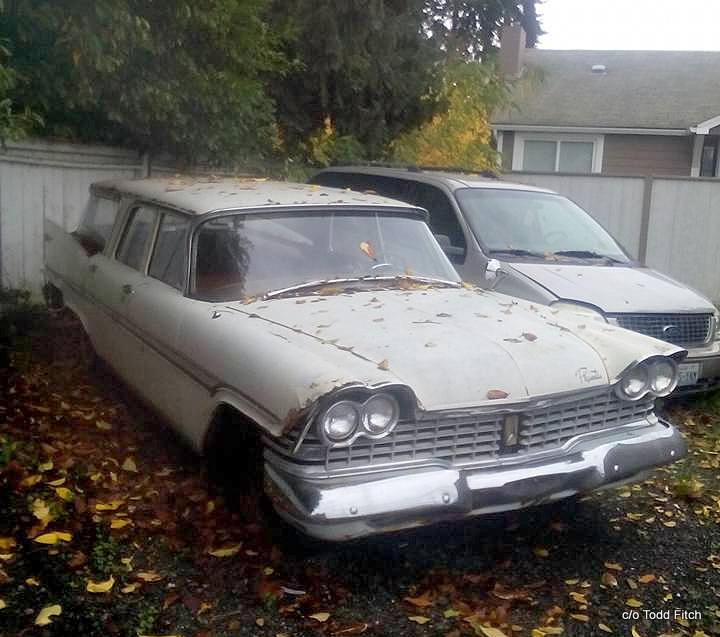 I hated the idea because the old wagon was the worst possible answer to my transportation problem since it robbed me of my self-identity as a barely cool VW micro bus owner. The fins on that wagon were an albatross to me on two fronts because it was clearly an uncool relic from the past and it was a station wagon.
I only drove the car to school a handful of times and once made a buddy of mine drive it to a less visible place so I could change a flat front tire without being judged by my peers in the school parking lot. He was very puzzled by my reaction to the car, but he played in a band and was light years ahead of me in the high school cool department. 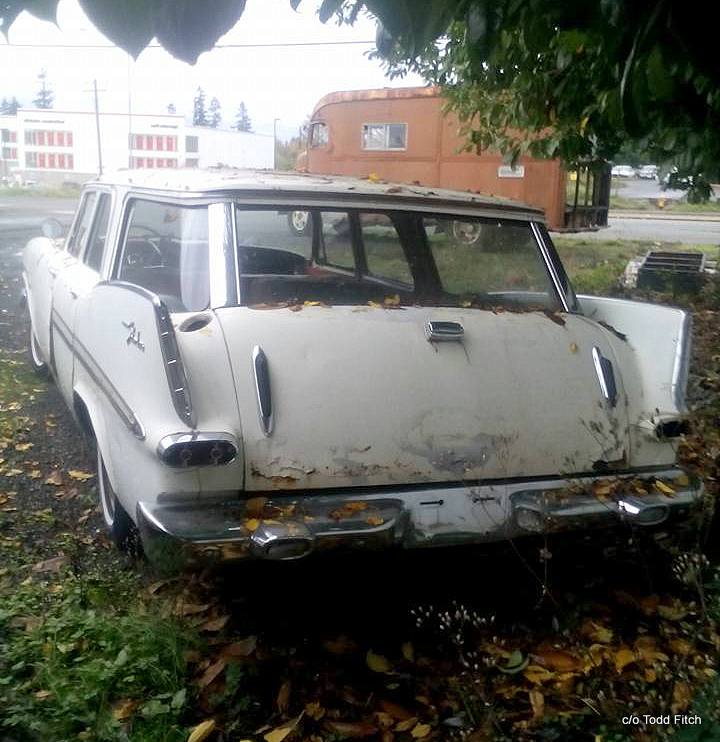 I think back on that wagon and know exactly why teenagers still have a lot of road ahead of them before they actually have a functioning brain. 21st century me would love to be the proud owner of that 1959 Plymouth station wagon because it was always cool, even if high school me was too stupid to notice that simple fact.

That kind of 50s automotive style is timeless.