James Dean was a moderately talented actor whose best career move was death by Porsche.

He managed to parlay this move into a “live fast-die young” legend which reached well beyond his brief career.

Many theories circulated about his death including a very popular Christine theory which postulated that Dean’s Porsche was possessed by a negative spirit which wreaked havoc on the lives of people who had contact with the car, or any parted-out post wreckage components of the car.

All bad karma and voodoo aside, there are some very good reasons that James Dean is dead and he is not alone in the celebrity death by automobile scene. The first thing that you have to do is get rid of the neo-conspiracy crap and get down to brass tacks about dead people and cars.

National Enquirer and their competitors will fill in the blanks when it comes to the wing-nut theories, but the basic answer to every crash is human error and a light dusting of equipment limitations or failure.

James Dean was the proud owner of a limited edition race car with his Porsche 550 Spyder which was really more of a track car than street wagon in the mid 50s. Dean fancied himself to be a bona-fide race car driver probably because ownership of a rare race-worthy vehicle had its privileges.

Even if one assumes that Dean was a legitimate race caliber driver, complete with superior skills and razor sharp reflexes, he was still destined to wear a toe tag at the end of the day on September 30 1955. This one had bad driving and the cold reality of physics written all over it.

The bad driving was largely due to the efforts of a young man named Donald Turnupseed who was the other driver involved in James Dean’s last ride. Turnupseed made a poor call when he pulled a left turn just in time to collide with the smaller Porsche’s driver’s side. This was the moment when things got complicated and fatal for Dean.

The large 1950 Ford Custom Tudor coupe had a significant weight and mass advantage over the small race trimmed Porsche 550. A light rear engined sports rocket will lose every round when it tangles with a full framed post-war Detroit giant. The tubular race frame of the Porsche made this a certainty. 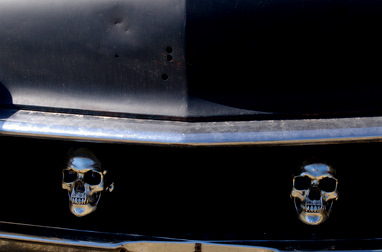 The photos of the wreck proved this point and it appeared that Dean was the unwilling recipient of a steering wheel and dash while his luckier passenger got ejected out of the car. Donald Turnupseed was virtually unscathed outside of the emotional damage of Dean’s death by his boneheaded move.

The next most famous death by car occurred in 1967 when Jayne Mansfield lost her life in a collision with the trailer of a semi. The accident was a combination of human error and bad luck when she rode in a 1966 Buick Electra land barge that collided with a bug fog obscured trailer and killed all of the front seat occupants, including her dog. The rear seat held Mansfield’s children who survived because they were shorter and under the lethal height of the trailer.

The fatalities may have been avoided by slower speeds in the bug fog but no former or current factory safety equipment would have prevented the outcome of the collision when the Buick suddenly became a convertible. The urban myth about decapitation was false but sudden head trauma did end Mansfield’s life and her show business career.

Princess Diana was a passenger in one of the world’s safest automobiles and she still lost her life in a Mercedes Benz S280 sedan on August 31 1997. The Mercedes had every safety feature known to the auto industry including state of the art traction, air bag and brake systems. Nothing was left to chance in this vehicle- outside of the driver.

That’s where things headed south in this story. This was yet another “let the drunk guy drive “story and it had a predictable ending when the rum bucket behind the wheel buried the Benz into a concrete post in a tunnel. There are so many things that people don’t do well with a generous supply of booze in their bloodstream. Impressing women is one of them, but driving a car is higher on the list of things not performed well under the influence of alcohol. 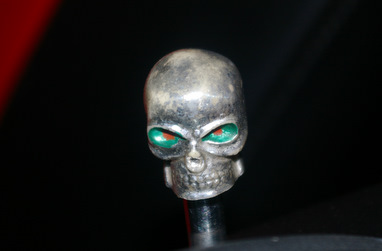 The other thing you don’t want to do is jump in a car with a drunk and let him run the car down city streets at Autobahn speeds.

This might work if the driver is completely sober and has Michael Schumacher as the name on his chauffeur license. Even then you might want to buckle up just in case Michael has a momentary lapse in his F-1 level driving talent.

None of the above occurred in Diana’s death and she paid a huge price for her lack of judgement that fateful night when she and her equally unbelted boyfriend launched like Atlas rockets in the back seat after driver Henri(.08 is only a number) Paul crashed the S280.

It was a short and lethal trip for Di and Dodi.

All of these celebrity deaths by automobile had one common element: bad decisions with fatal results. No conspiracies and no life after the crash for these famous people. They are really dead and the common denominator is human error and cars.

It happens every day to less famous people. 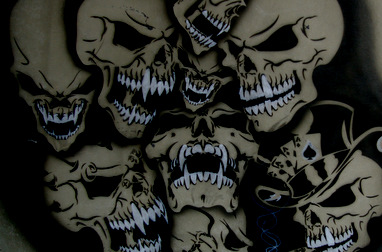 DEC 27 FEATURE FIVE FOR FRIDAY: FIVE STORIES FROM THE BACK...