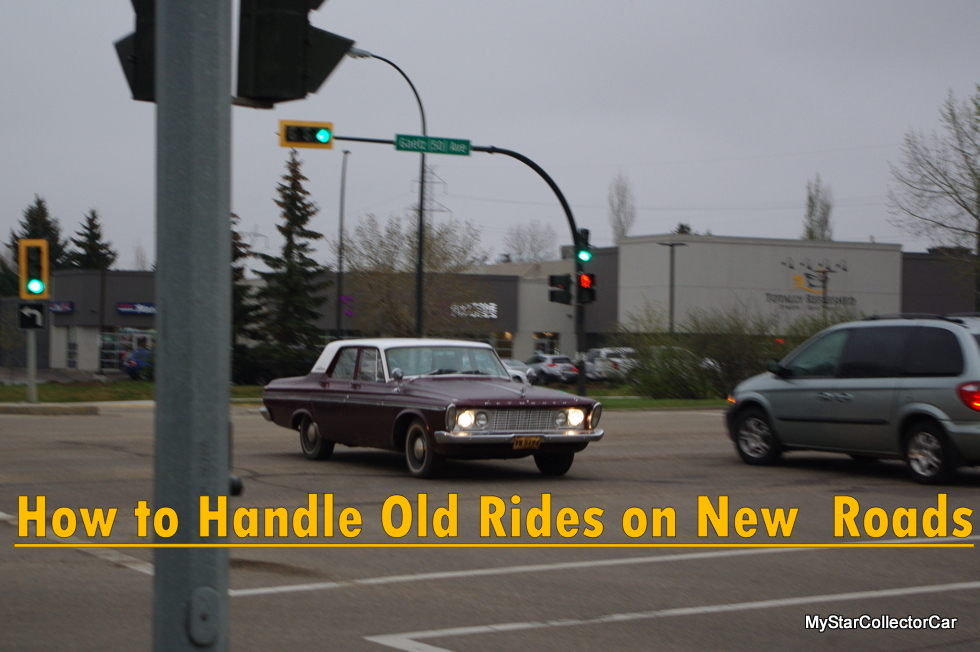 I was behind the wheel of a 1963 Plymouth a few weeks ago and approached a busy intersection where the car guy gods were in my favor because the traffic light was green and I had the right of way.

‘I noticed a late model sport utility approaching the part of the intersection with the red light against it.’

We can make right turns on red lights in our city, provided we come to a full stop and proceed when the lane is clear of oncoming traffic. 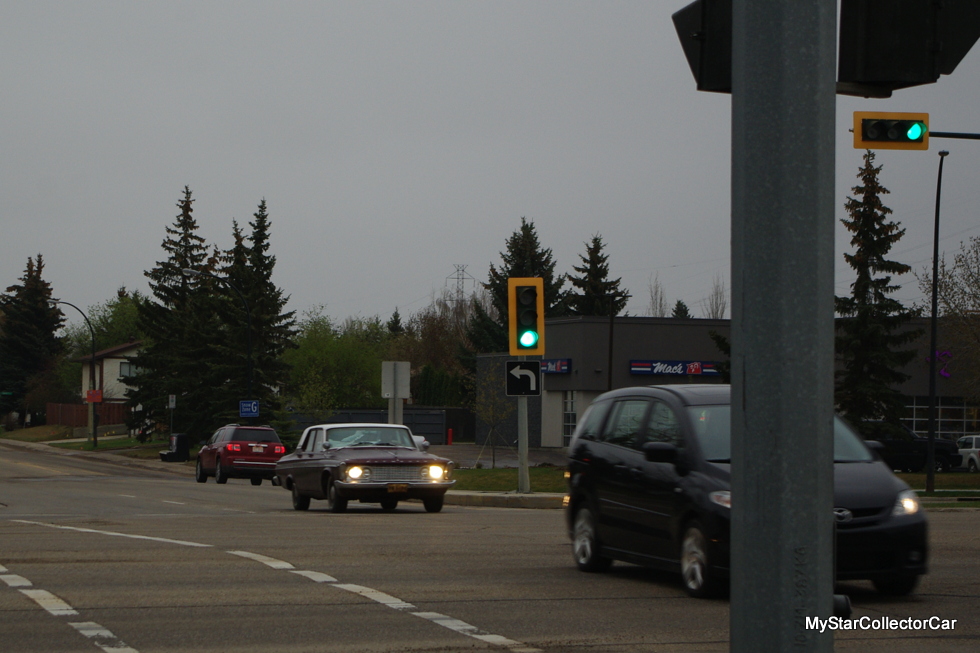 The driver blew the red and then cut into my lane without benefit of a signal light, thus initiating a reaction from me. I would add that I usually drive with my headlights on- even during the day-when I am behind the wheel of an old car just to be more visible to other drivers. 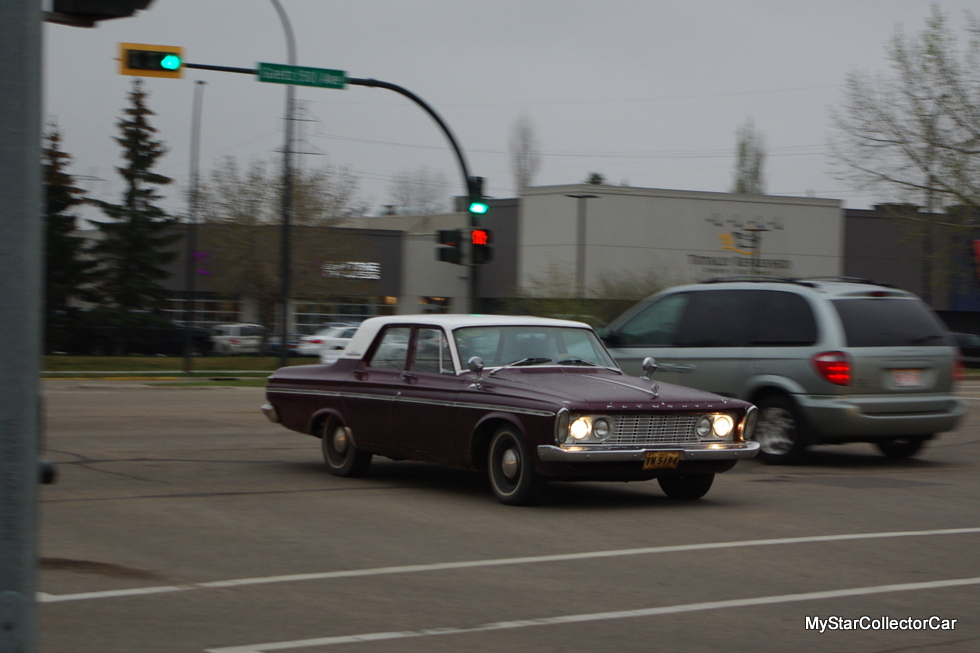 I spotted this situation early and anticipated the unbridled stupidity about to unfold in front of me, so I was able to slow down and hit my horn without crashing into this thoughtless idiot. One of the reasons I never crashed was I never assume anything behind the wheel of any car-let alone a 53-year-old sedan. 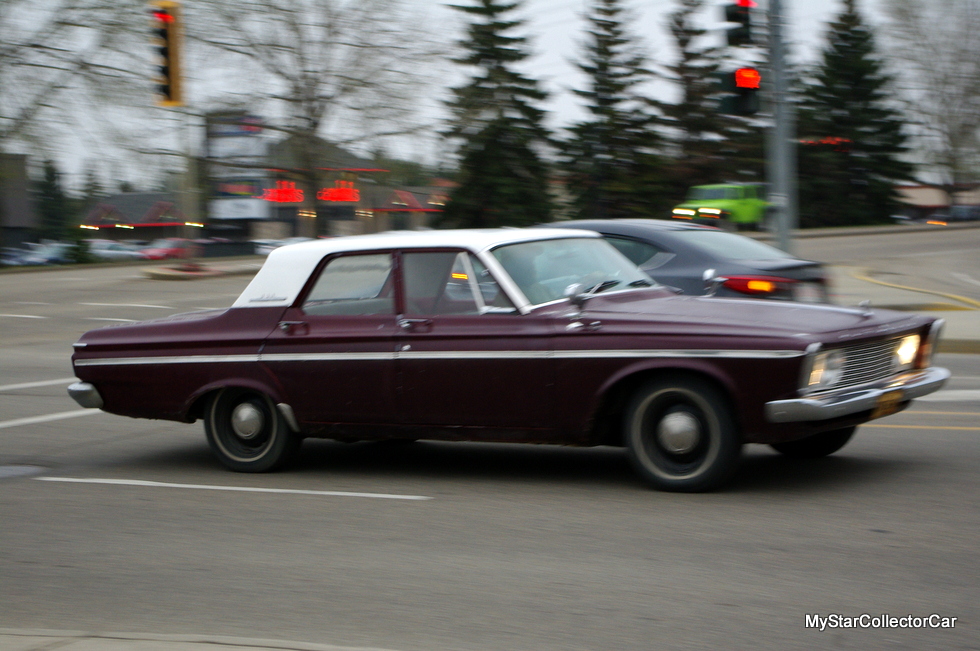 The old car has a stock drum brake system with no vacuum boost, but it is able to stop the car in plenty of time if the driver pays attention to all the road factors-including bad drivers. It also has a loud factory horn to remind other drivers when they pull boneheaded stunts like the driver who cut me off in the soccer mom ride. 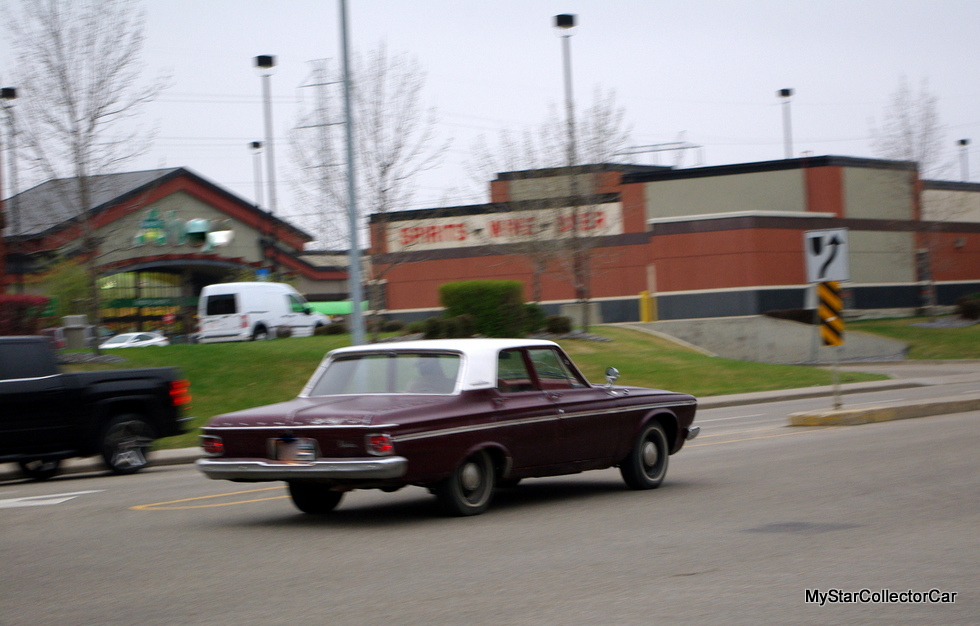 I feel perfectly safe behind the wheel of a 1963 car because I always consider 2016 traffic conditions where nimble new tech vehicles are often driven by not-so-nimble-brained people who do not understand the old tech cars on the road with them. 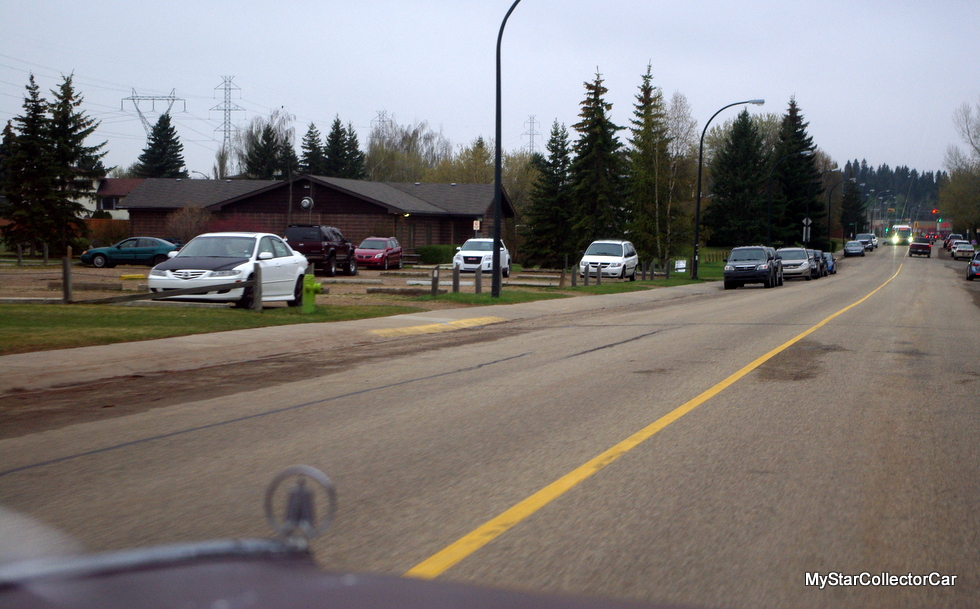 Old cars do not handle or stop as well as new cars. They require more of the driver’s undivided attention and would likely scare the living hell out of a new driver who is used to a car with quick power-assisted steering and disc brake systems that will stop on a dime compared to an old car. 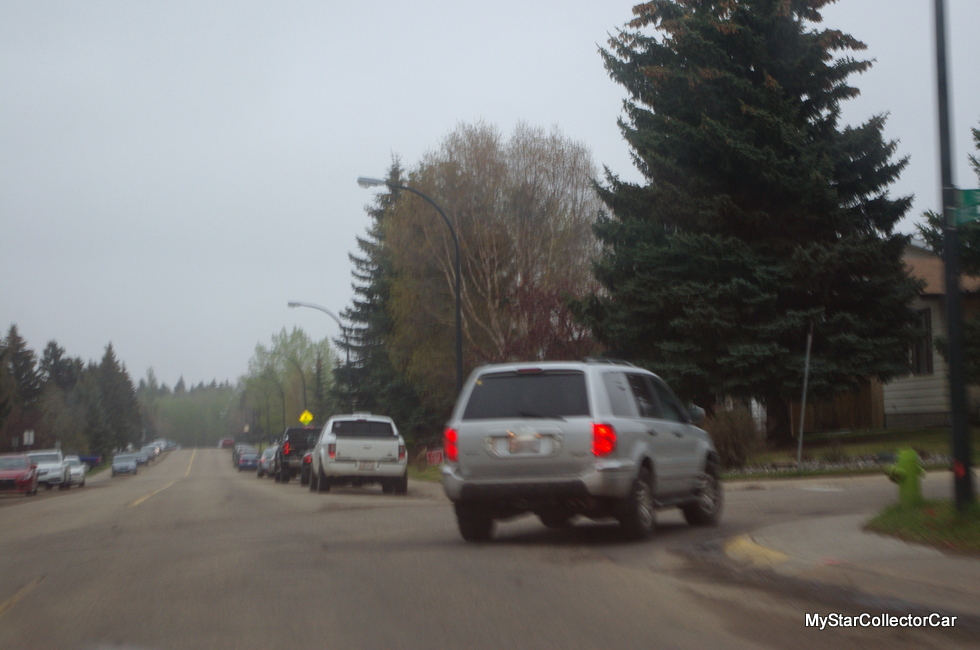 Old cars and their old school engineering are not the problem for their drivers on today’s roads. Most car guys are well-acquainted with the nuances of a car manufactured several decades in the past and can easily drive them in modern traffic. 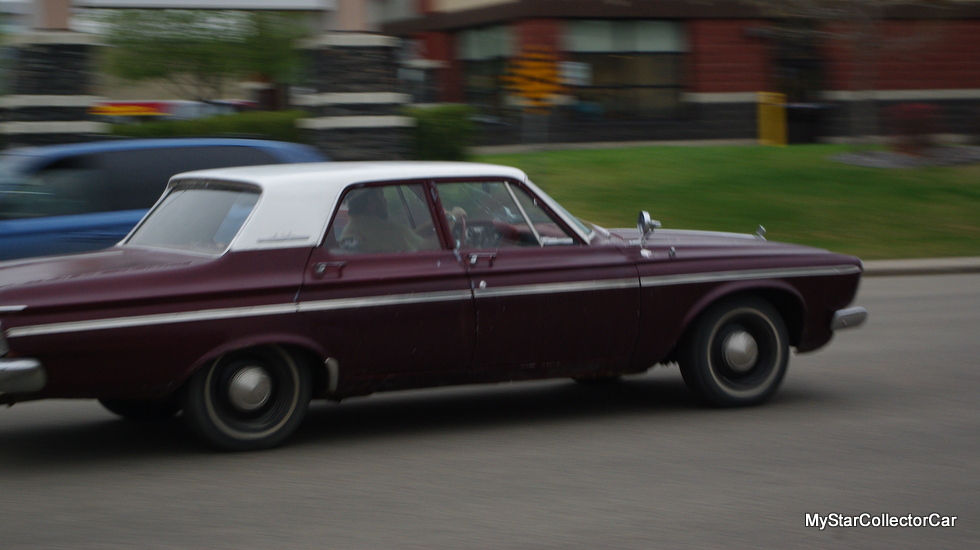 In fact, a car built in the 50s, 60s and 70s can still hold its own on the road, provided the driver knows how to drive them. The bigger issue is how new car owners treat the old cars when the older rides reappear on the road in the spring. 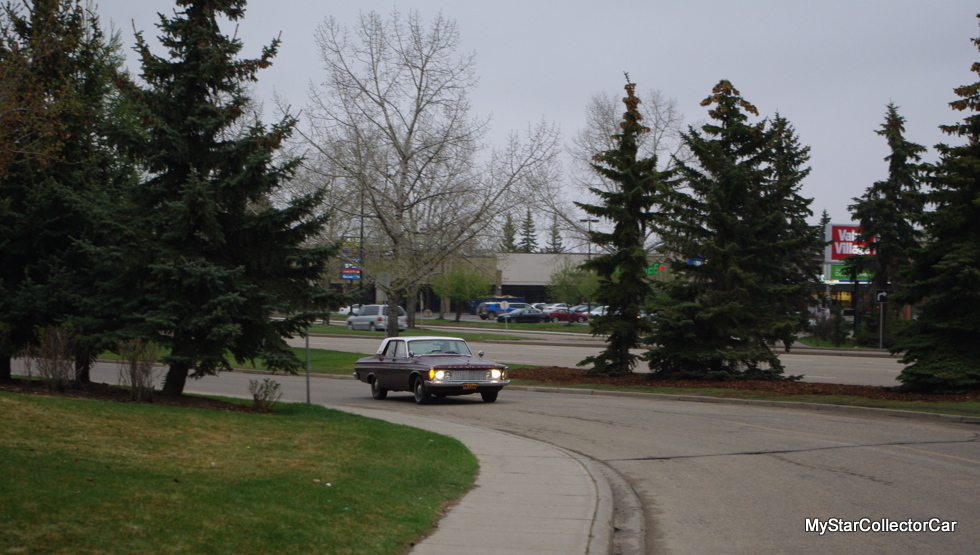 New car drivers need to avoid any situation which puts an old car in a situation where they need to brake hard or steer quickly because the new car driver has created a problem in front of the old car. The old car is a Clydesdale-in-a-cutting horse competition by comparison to a new car and will react accordingly when push comes to shove on the road.

The trick for new car drivers is to avoid any situation where they force the old Clydesdales to engage in a situation where nimble hooves are a requirement. Loose translation: do not assume old cars can steer or brake as well as your new car in traffic. 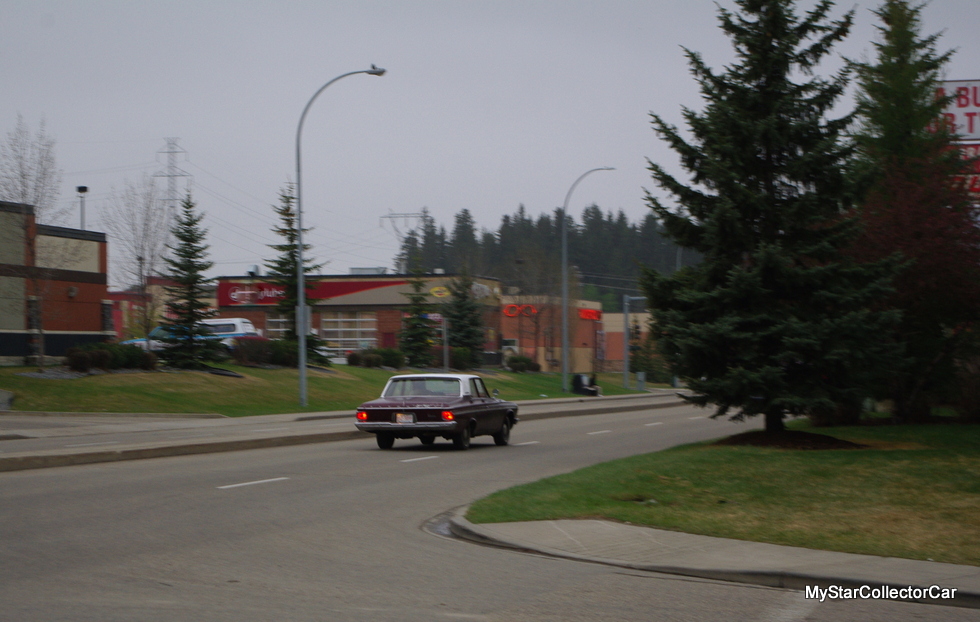 ‘Rest assured the car guys in the old cars will never assume you are a good or smart driver.’