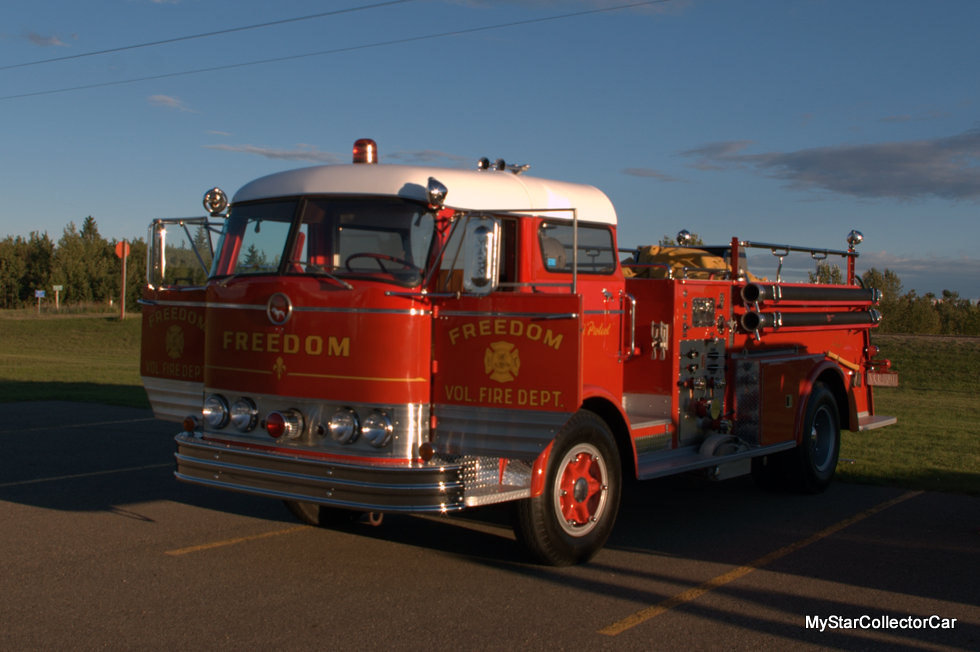 A 1959 Mack pumper fire truck will attract plenty of attention on the road even when it is no longer on active duty as an emergency vehicle.

‘The retro style of the 58-year-old emergency truck is like nothing else on the road and is an instant conversation piece for owner Dave Webster.’

The fire truck is emblazoned with Freedom Fire Department decals and we asked Dave about them. 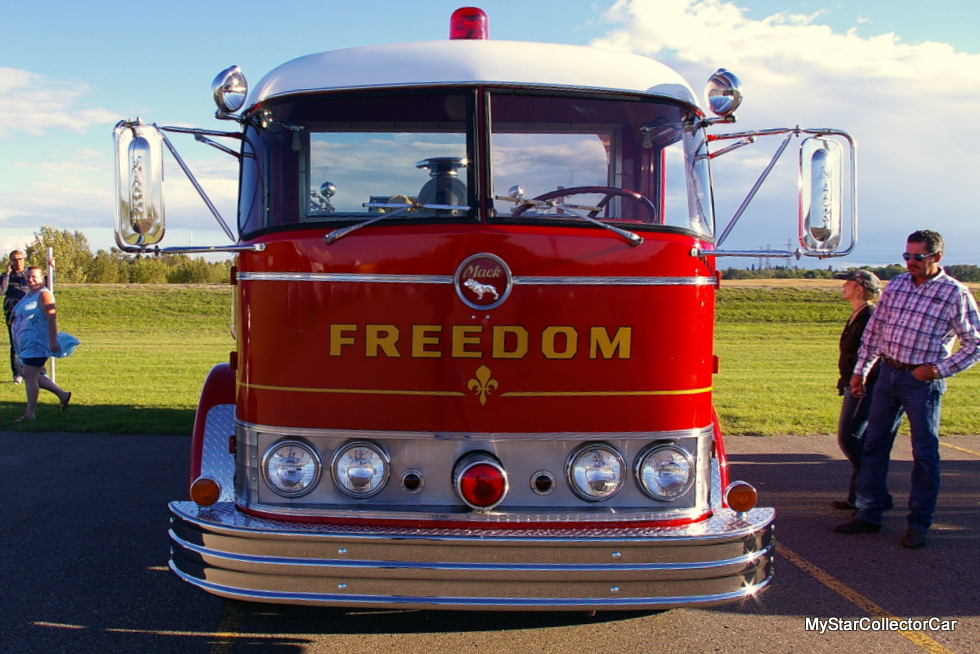 Freedom is a small community in Pennsylvania about 25 miles from Pittsburgh. The community peaked in 1920 at 3400 people and now Freedom is a quiet little town of about 1500 people.

Freedom used the fire truck for emergency service in town and also on the nearby freeway for collisions within their jurisdiction. Eventually the truck was retired from active service and ended up several thousand miles away in western Canada. 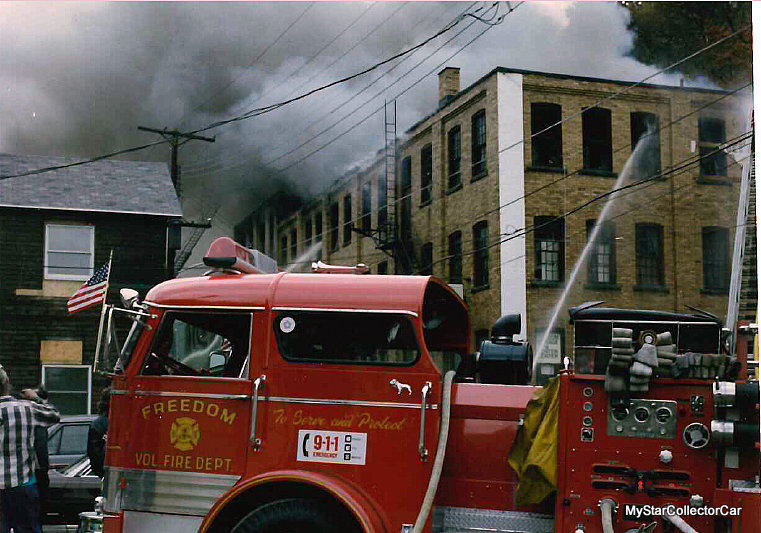 The previous owner wanted to restore the truck to its former glory but he passed away suddenly, so his brother wanted somebody to buy the truck and complete the job. Dave had already completed another vintage fire truck restoration and was aware of the work required in these projects. 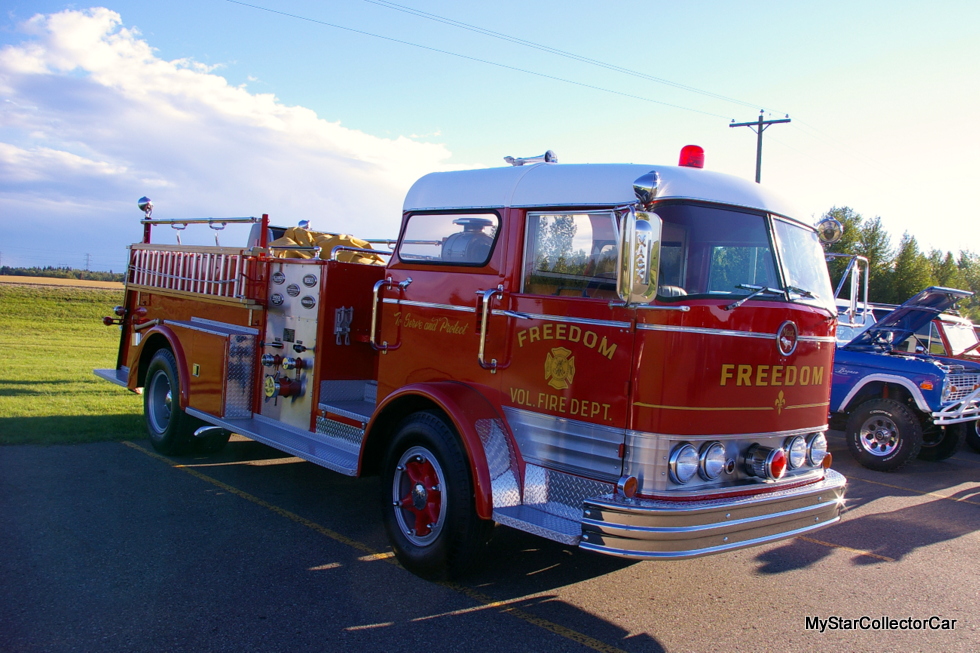 The fire truck face an uncertain future without Dave’s intervention so he decided to tackle the restoration on the Mack. In Dave’s words; “If I hadn’t bought it, it would have rotted away.” 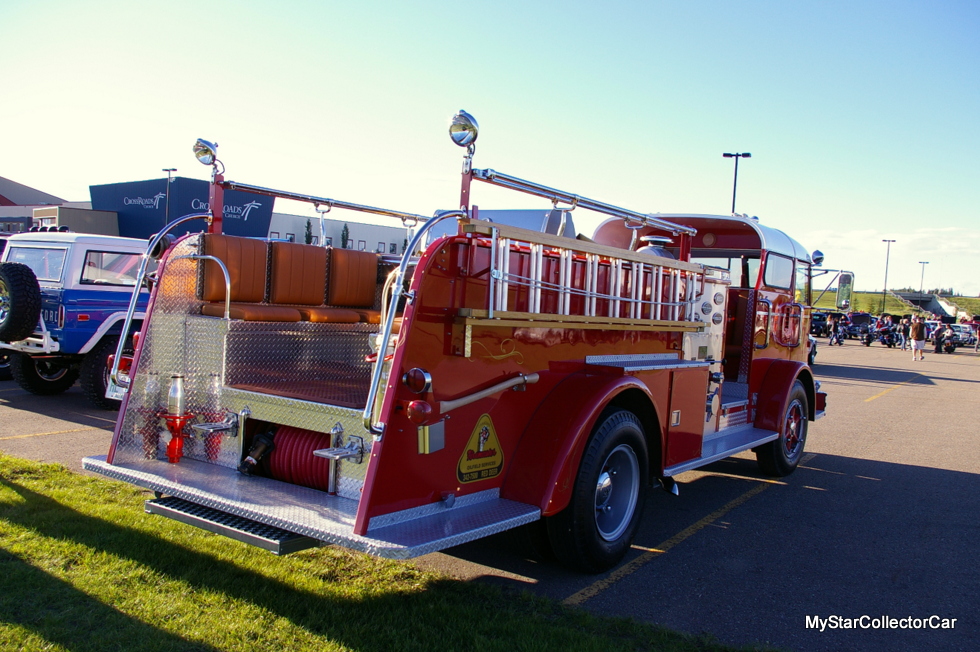 There were many major issues that had to be addressed-including a complete rewiring job on a truck with all red wires. The price tag on the wiring job alone went well beyond the purchase price of the fire truck. 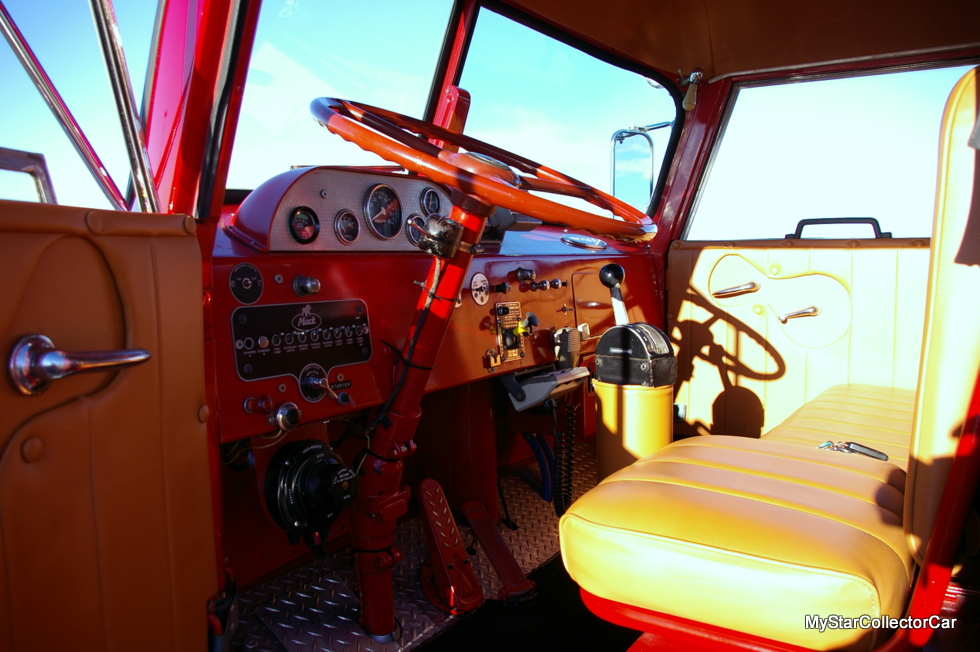 Dave also changed all the water tanks to stainless steel and told MSCC that his pumper truck is still a fully functional emergency vehicle after his upgrades. Dave also added other custom features to the truck, including a big propane BBQ and custom bench seats at the rear of the truck. 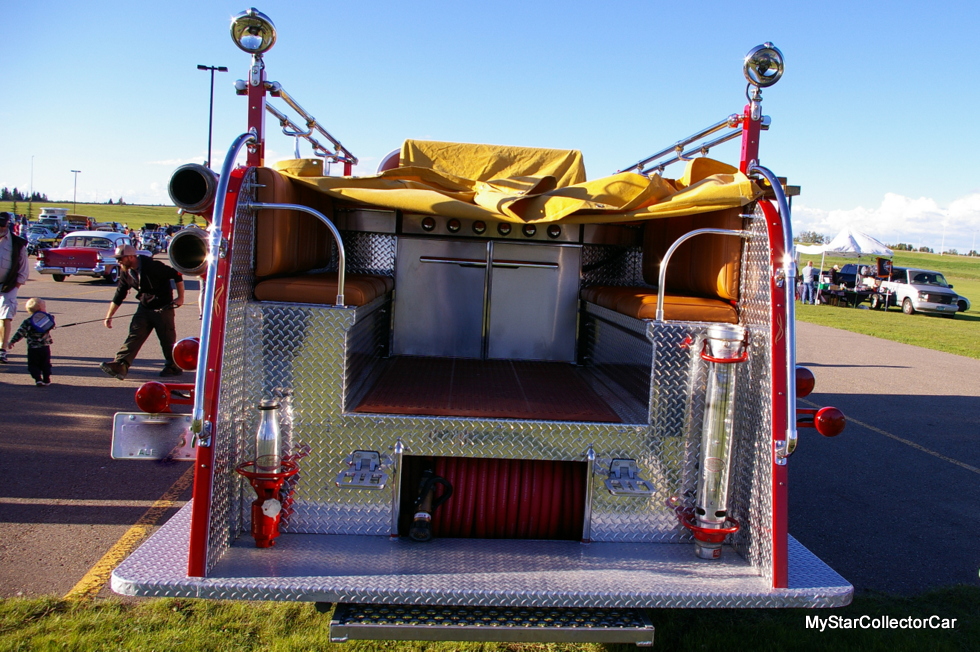 The Mack will now be used as a promotional vehicle for parades and social occasions like gold tournaments or company BBQs. The beauty of a working fire truck is that it is fully equipped to handle potential BBQ fires at social events. 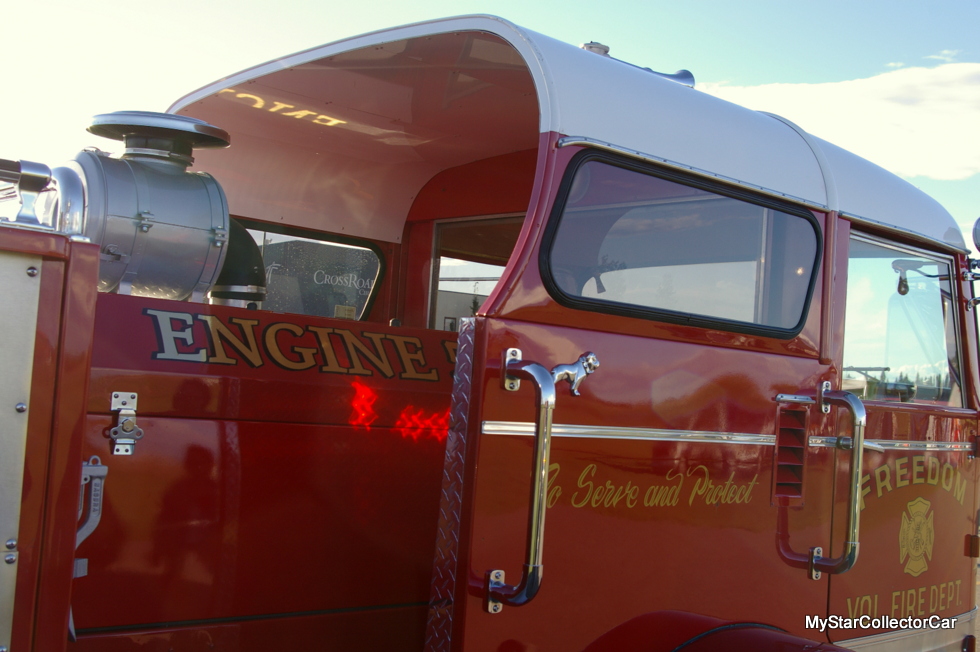 The original Mack diesel engine was replaced with a 3208 Cat engine that gives plenty of jump to the truck on the road.

Dave said the fire truck “kicks into second gear and then takes off” in his words. He added the truck is “nice to drive” and “stops on a dime” with its air-assisted power steering and air brakes. 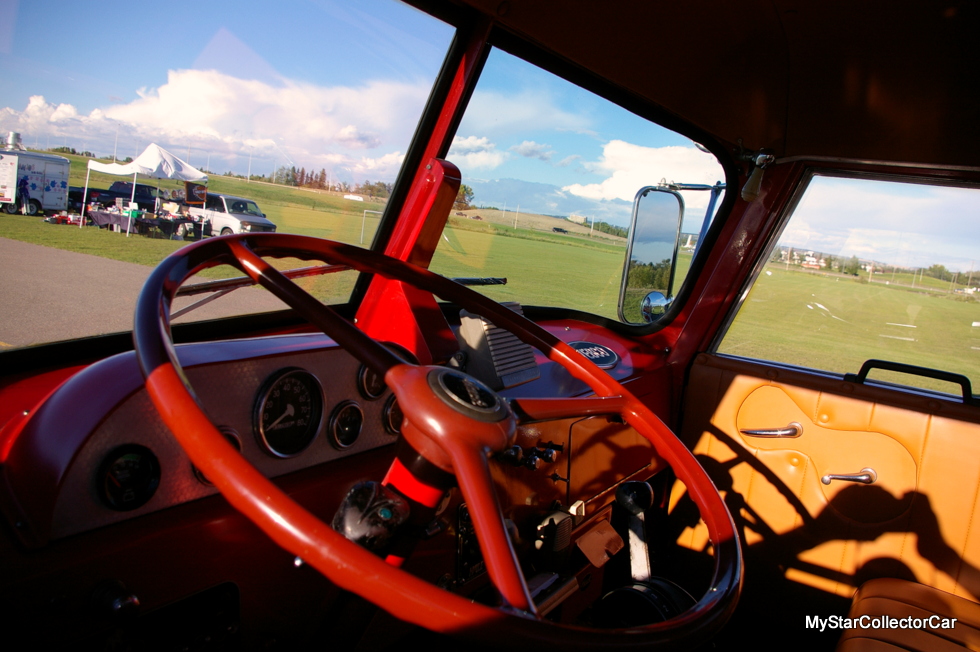 The extra touches on the restoration include carpet and a new headliner in the cab of the fire truck. Dave also covered the support ribs in the passenger area behind the cab with sheet metal to give the fire truck a cleaner appearance. 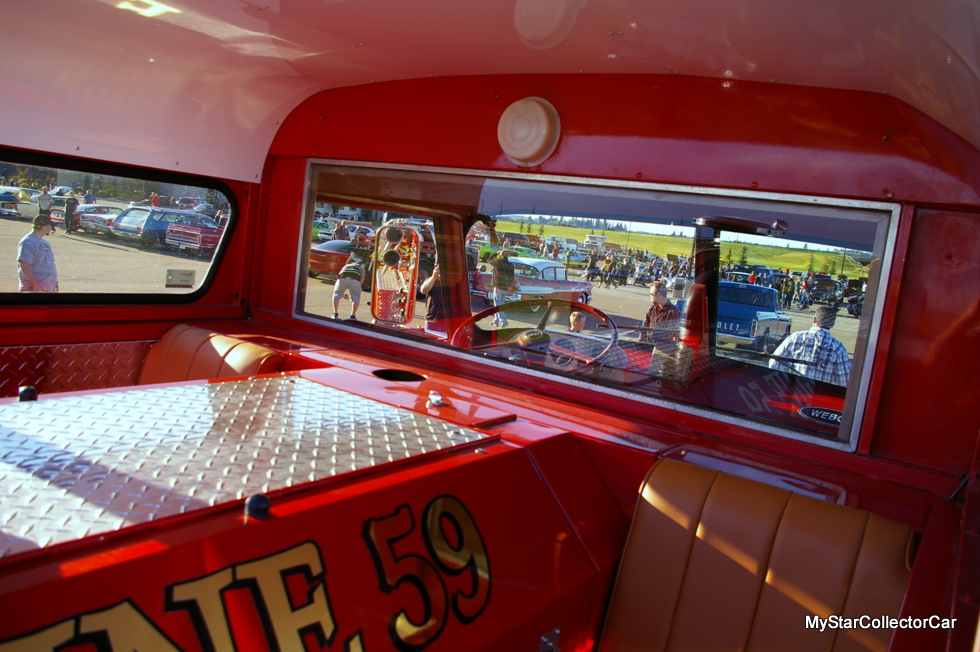 He also hid the propane fill-up behind a custom door for the same reason.

Dave put a new paint job on the Mack and managed to preserve the original decals during his massive overhaul on the truck. 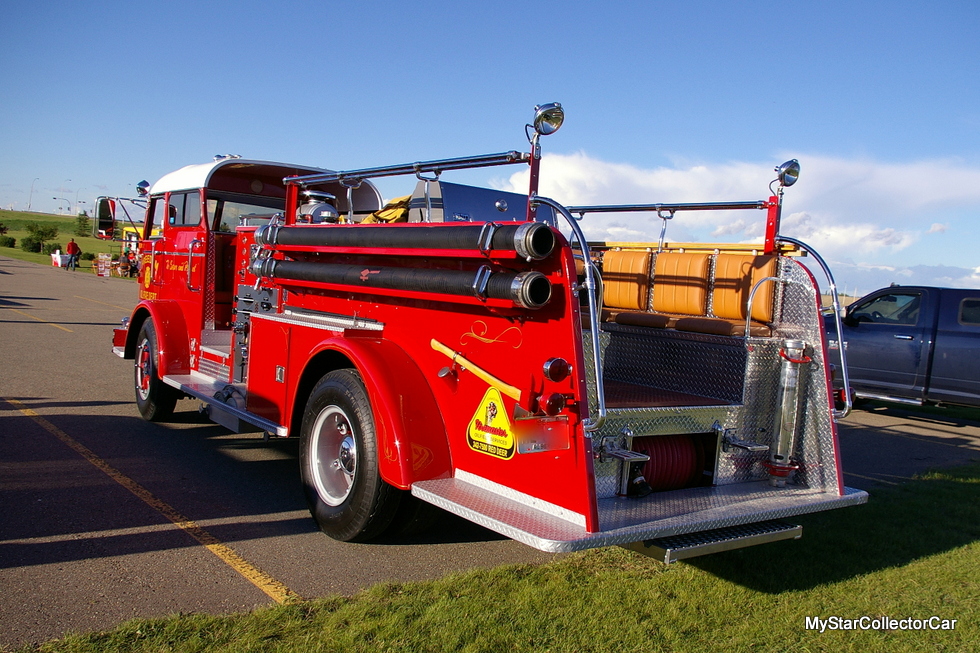 The final touch on Dave’s restoration project was a plaque in honor of Terry McNamara. Terry was the previous owner and the man whose dream was to restore this beautiful fire truck. 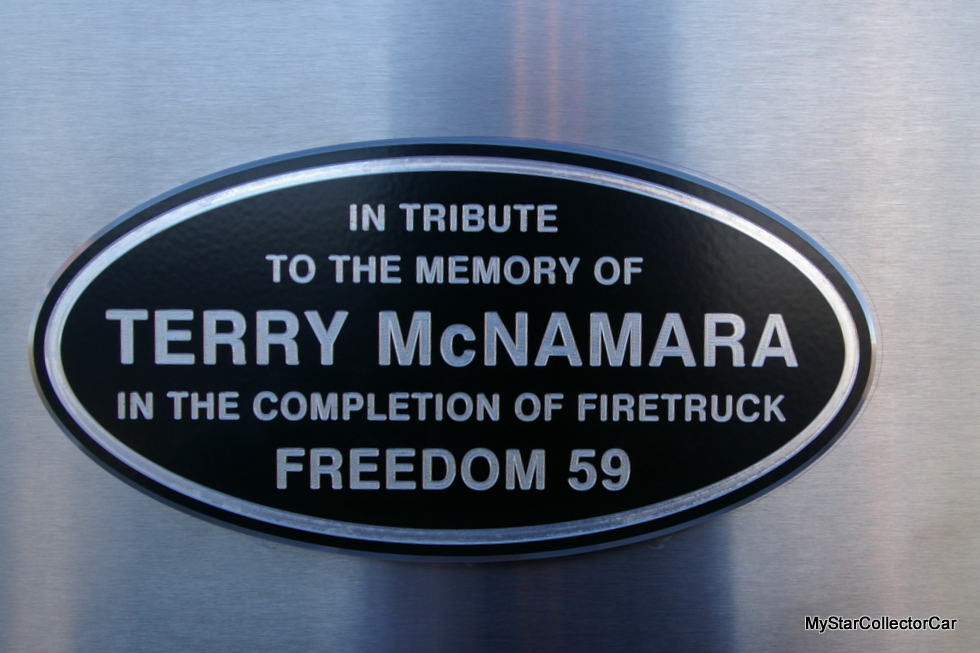 Mission accomplished for Terry thanks to Dave Webster.