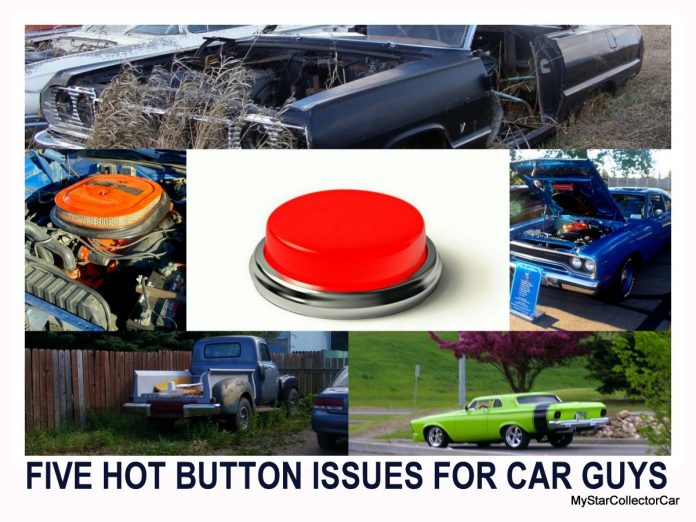 I’ve been in or around the car hobby since I was 10, so this is not a new world for me.

Despite that long-term connection to the world of old iron, it took hundreds of interviews with car guys to really give me insight into the thoughts and attitudes of car guys.

The first hot button for car guys is an odd one. Never give up the location of a project car. I made that mistake in the early years of MyStarCollectorCar when I posted a picture of a project truck and told a local guy who owned it.

The guy who had the truck was highly unimpressed, and his wife blasted me when she found out the leak came from MyStar. Since then I don’t give up the details on where a project car is – she scared the hell out of me.

The second hot button for car guys is obvious. Don’t be the bearer of bad news when you see a horrible custom because beauty is definitely in the eye of the beholder.

Maybe the guy who built it was a rugged individual with a unique vision for his car; or maybe he was drunk or high – or both. He doesn’t need you to tell him his car sucks.

The third hot button is the guy who turns another guy’s car into his story. These are the guys who “had one” or his “buddy had one” or “his neighbor had one” just so he can insert himself into the spotlight.

The trouble with this is found in the word ‘had’ because it refers to the past – if it’s even true. Maybe your uncle had a Road Runner when you were a kid  and maybe he didn’t — but in 2020, the guy with a real car is the star and you are just noise to the owner.

The fourth hot button is a messy car. Some guys won’t open the hood because it hasn’t been detailed and most guys apologize if there is stuff on the seats or in the trunk.

Personally, I like bug splats on the windshield and dust on the engine because that tells me the car has been exercised. I can also understand why they want a clean car at a car show because a lot of time and effort goes into a 5-figure paint job.

The fifth hot button issue is the rising cost of the hobby. Entry level project cars that used to be sold in the 2000-dollar range are now being listed so high you could buy a three-bedroom bungalow for the same price.

The car hobby was built around average guys with average budgets, so the trend toward stupid asking prices runs contrary to the base of the hobby. How do you hit a hot button issue with car guys? Ask an insane price for a parts car. 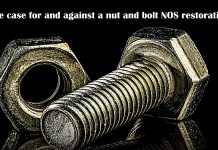