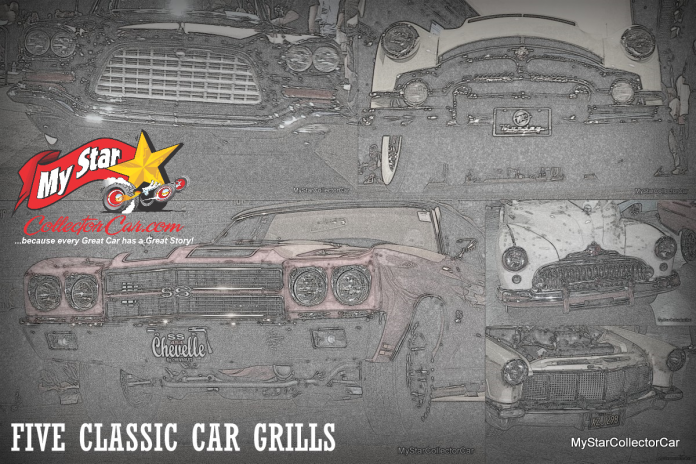 Classic grills are a moving target in Car Guy World because car guys tend to head in the direction of vintage Rolls Royces or Duesenbergs when the topic comes up.

That makes sense because the grill was such a huge piece of the puzzle with those cars, but that doesn’t mean there weren’t other great examples of a classic grill.

The first classic grill is found on a 1948 Buick Roadmaster convertible. They built just over 11,000 of these beauties and they were pricey cars, but the grill was worth the price of admission.

It was full of teeth; it had a classic Buick badge top center, and the attention to detail in this grill told everyone you weren’t driving a ’48 Chev. Everything about this grill was classy.

The second classic grill spoke the same language as the Buick. The ’53 Packard Caribbean convertible was another high-end car, so it had a high-end grill with a badge in the middle.

The Packard grill also had a curve to it and it matched the contours on the hood scoop, plus they had stylishly large signal lights set in the grill. It was classy and understated at the same time – very much like the rest of the car.

The third classic grill is found on the 1957 Continental MK II. These cars were practically hand-built, and they were incredibly expensive – so the grill had to match the car…and the price tag.

Ford hit a home run with the MK II grill because it seamlessly meshed with the simple design of the car. It wasn’t over the top – it was stylishly basic and so was the grill – everything worked on the ’57 Continental MK II.

The fourth classic grill is found on a car that also had a simple approach to the cosmetics. This was the 1957 Chrysler 300C and the grill on this brute was all business.

The grill looked like an open maw on the 300C because this car was built to seek and destroy the competition. It was subtle but scary at the same time – the last thing you wanted to see in 1957 was a Chrysler 300C grill in your rear-view mirror. It wasn’t going to stay there for long and you might get trampled in the process.

The final classic grill is found on another brute force car. The 1970 Chevelle SS 454 became a muscle car legend overnight thanks to the monstrous big block under the hood of a lightweight car.

Chevy played the understatement card in a big way with the SS 454 grill because all you saw was a clean grill with two horizontal bars that led to the SS in the middle. Nothing in the grill gave away the 450 horses under the hood but anyone who challenged an SS 454 learned about them the hard way.

The secret to all five of these classic car grills was how well they blended in with the whole car – they didn’t look like add-ons – they were part of the big picture.

That’s HOW They became classic grills. 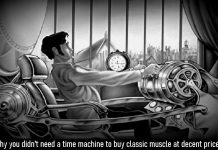 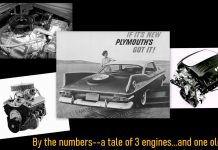