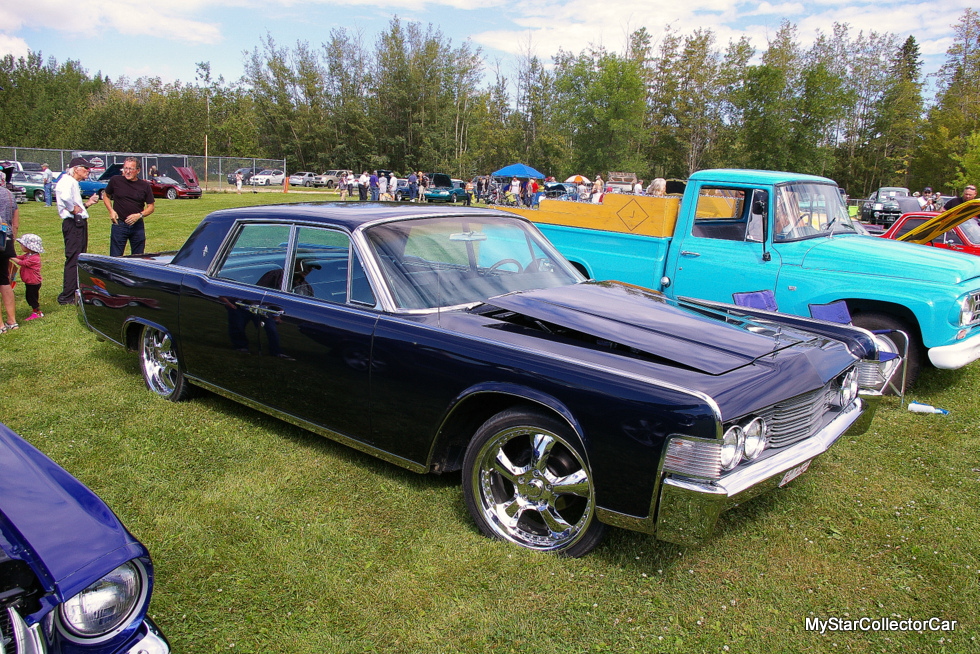 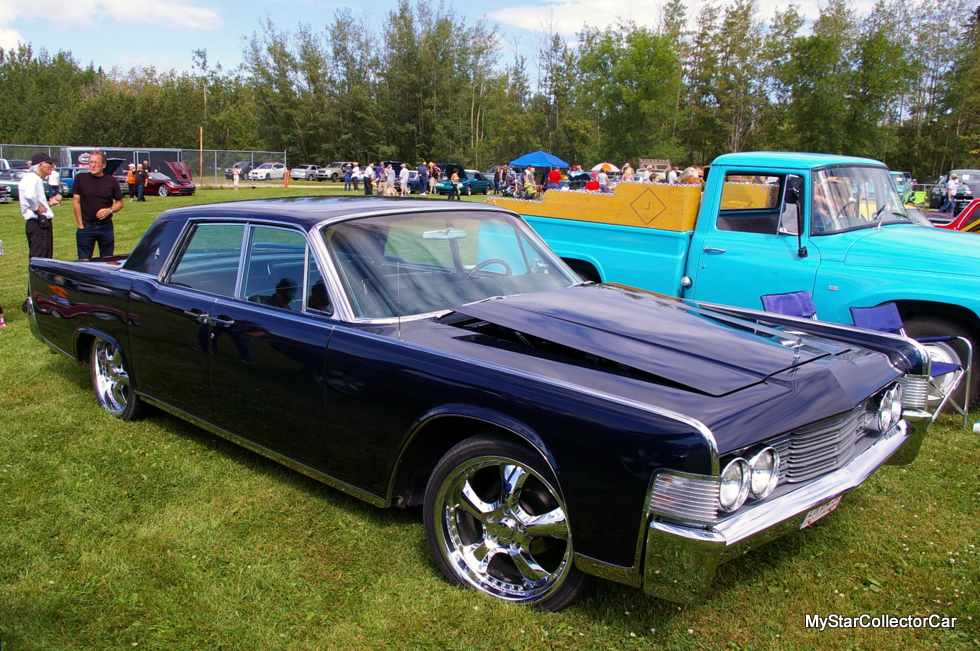 In 1965, a Lincoln Continental was the mark of success.

Lincoln ownership practically screamed you’ve made it baby-enjoy the ride.

‘Sized mattered in 1965 and a Lincoln Continental was one of the biggest dogs on the porch.’

The 1965 Lincoln still had its iconic suicide rear doors that opened in an opposite direction to lesser cars and gave the car an upscale vibe. 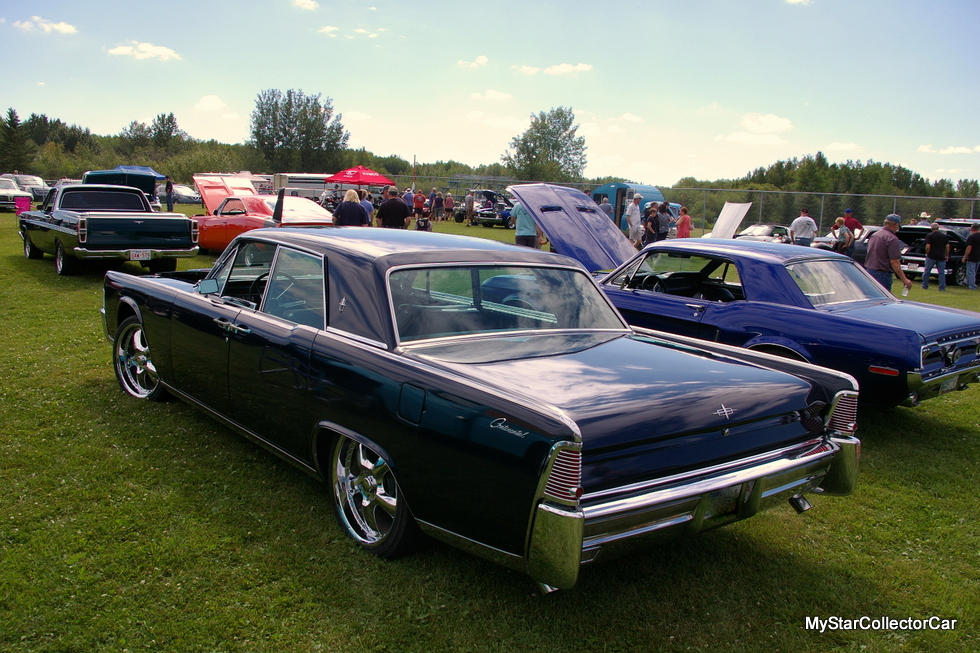 Lorne Ganske has been the proud owner of a beautiful 1965 Lincoln Continental for the past 16 years. The first thing we noticed about the car was its after-market bling wheels that were a striking addition to the Lincoln’s overall appearance. 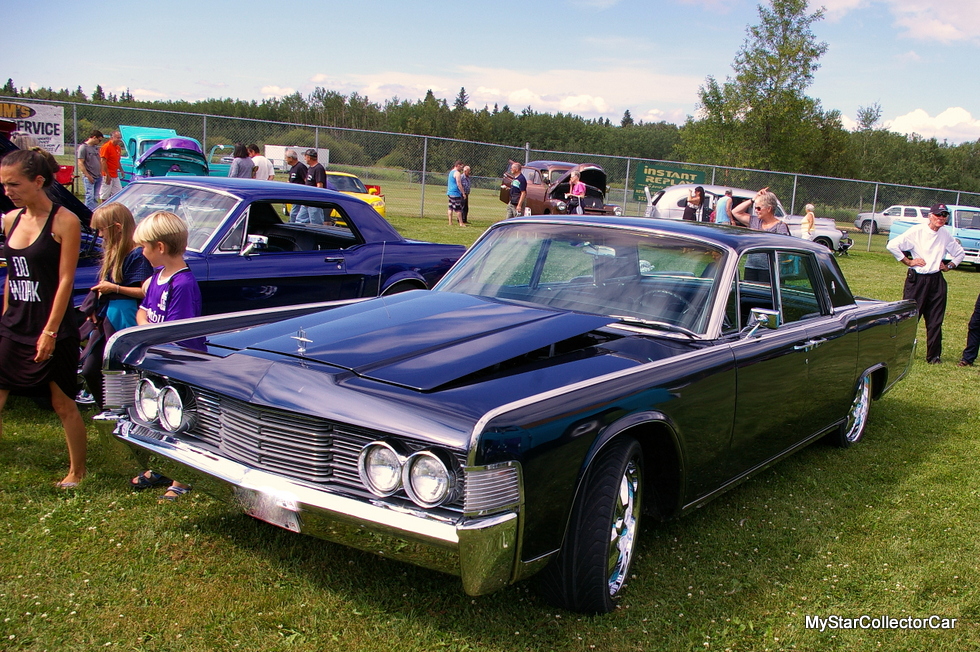 Lorne bought the Lincoln with his son and he wanted to add the big wheels to the big car to give it a mild custom upgrade. The sound system upgrades also reflect his son’s influence on the car.

The car was originally yellow but the color change to black really works on a big luxury car like Lorne’s Lincoln. A good paint job is never the final step in a quality restoration because it means the bright work will need an upgrade to match the new paint.

So Lorne spent the extra money to re-chrome the Lincoln’s bright work and match the new paint standards on the car.

He also had the big 430 cubic inch engine re-built on the Lincoln because Lorne wanted the car to be restored back to its original quality when it left the factory. Lorne’s original philosophy extends to every detail under the hood, including the proper decals positioned in the right places. 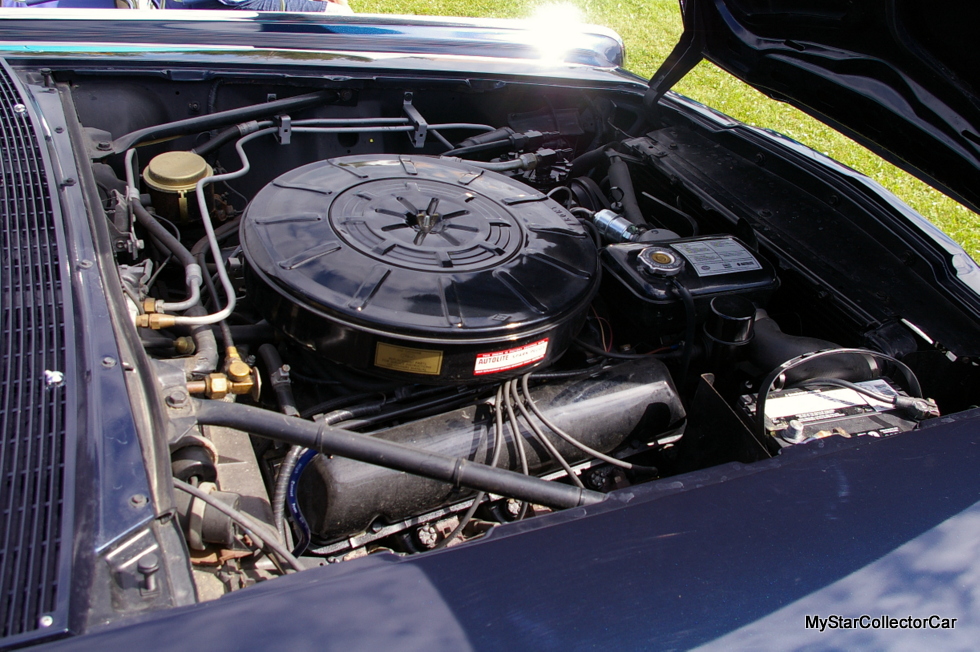 However, Lorne was able to leave the interior alone during the restoration because it was in excellent shape and did not require any work. 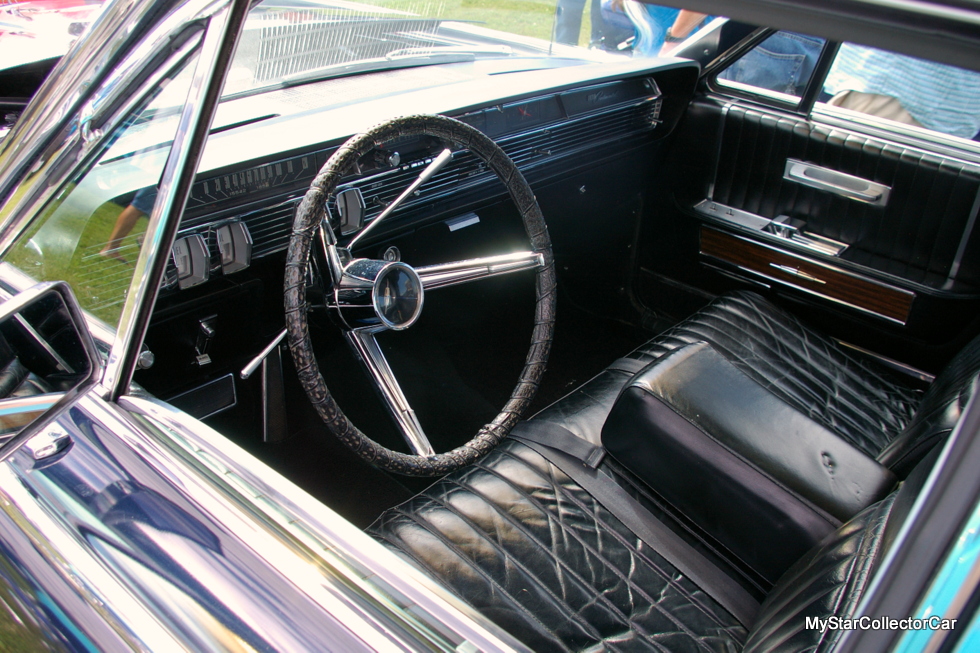 The Lincoln was a full load luxury car in 1965, so Lorne’s car has every creature comfort that was available to an upscale customer.

Lorne also opened up the trunk on his Lincoln so he could show us the incredible space available for storage in the car. Lorne described the trunk as the “first camper ever invented for a car because you could sleep in there”, according to him. The Lincoln’s extra-large trunk size may explain why these cars were also popular with the Mafia back in the Sixties. 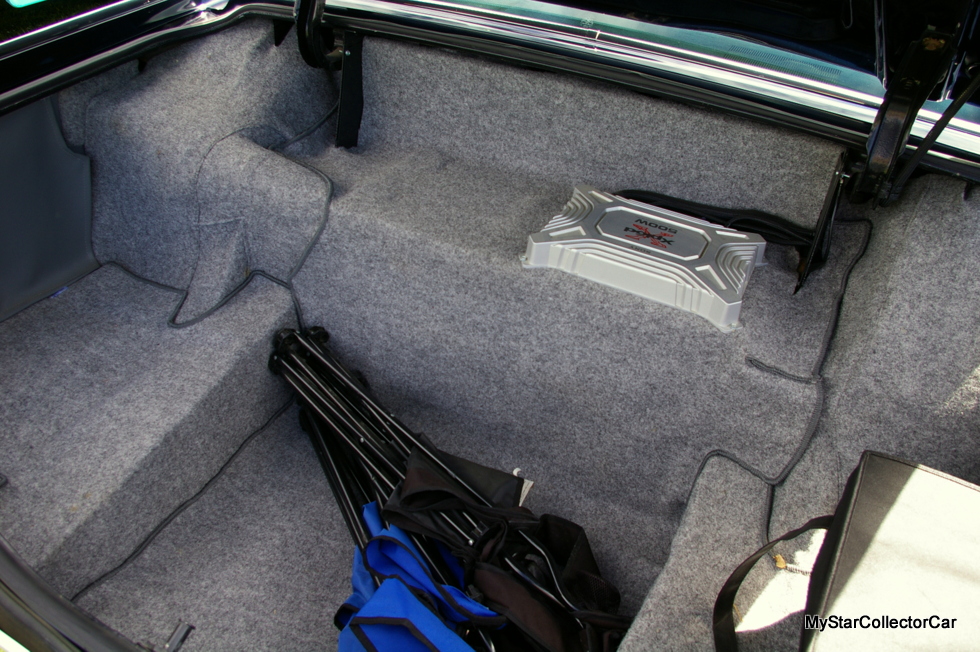 Lorne told us his Lincoln Continental is only a part time road warrior these days and now spends it winters in a garage. He has a spring ritual when he brings it out of retirement every year and pours about three thimbles of gas down the carburetor before he fires up the big block Ford engine.

Lorne enjoys time behind the wheel of his Lincoln during the summer and told MSCC his big car can keep up with (or pass when necessary) traffic on the highway. 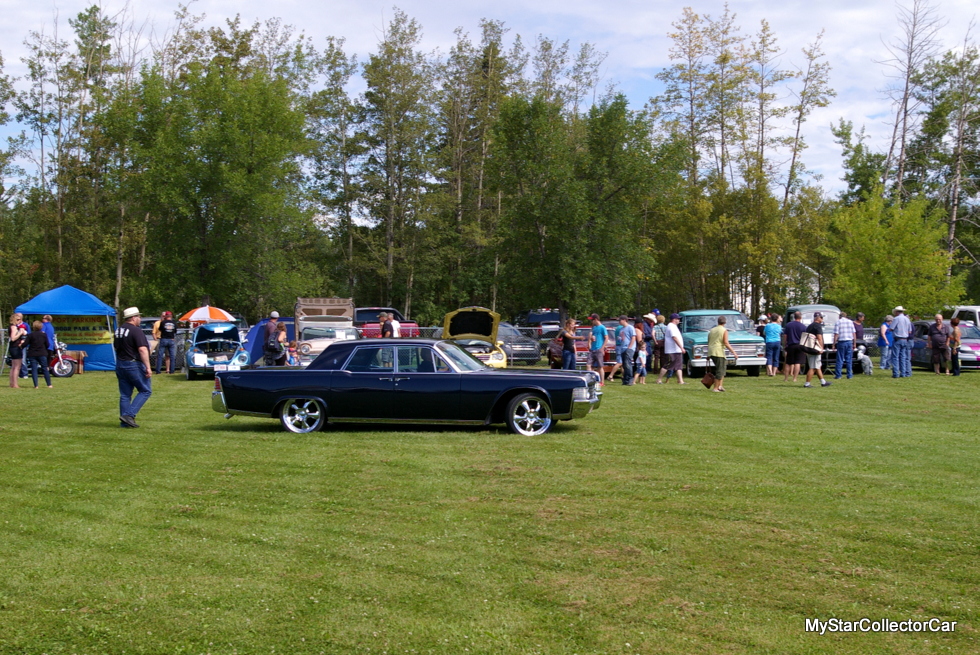 ‘The final assessment on Lorne’s 1965 Lincoln Continental is pretty simple: It’s still large and in charge in the 21st century.’