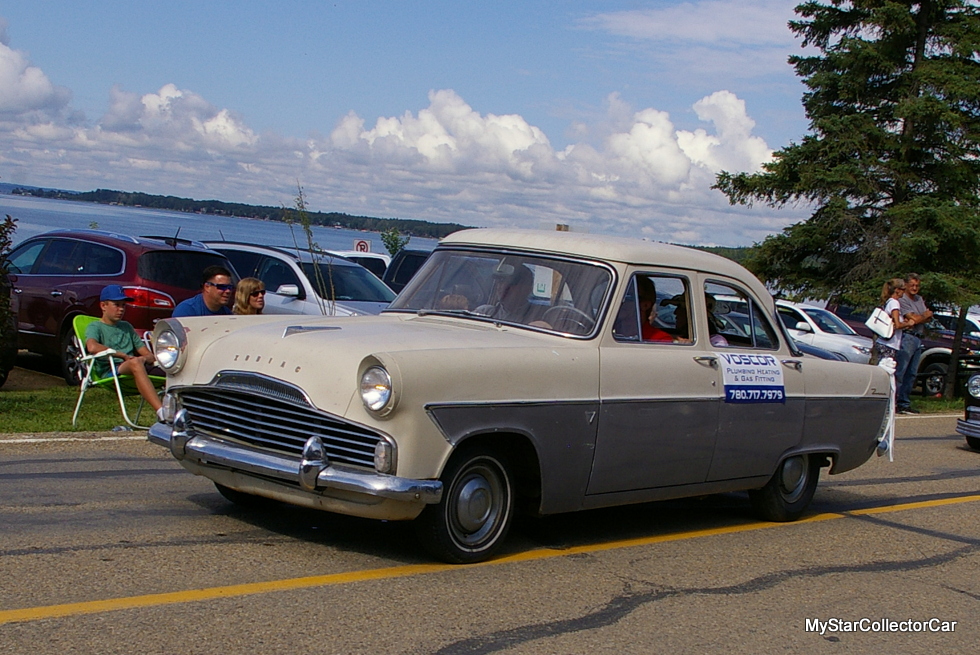 Full disclosure: MyStarCollectorCar was unaware that Ford of Britain even made a Zodiac for export in 1959.

We were aware of the Ford Zephyr (the English version and not the American model produced in the late 70s and early 80s) because the original Zephyrs were exported to the colonies (Canada in particular) in significant numbers during their long production run.

The Ford Zodiac was essentially an upscale version of the Zephyr and offered a few more appointments for its North American buyers. 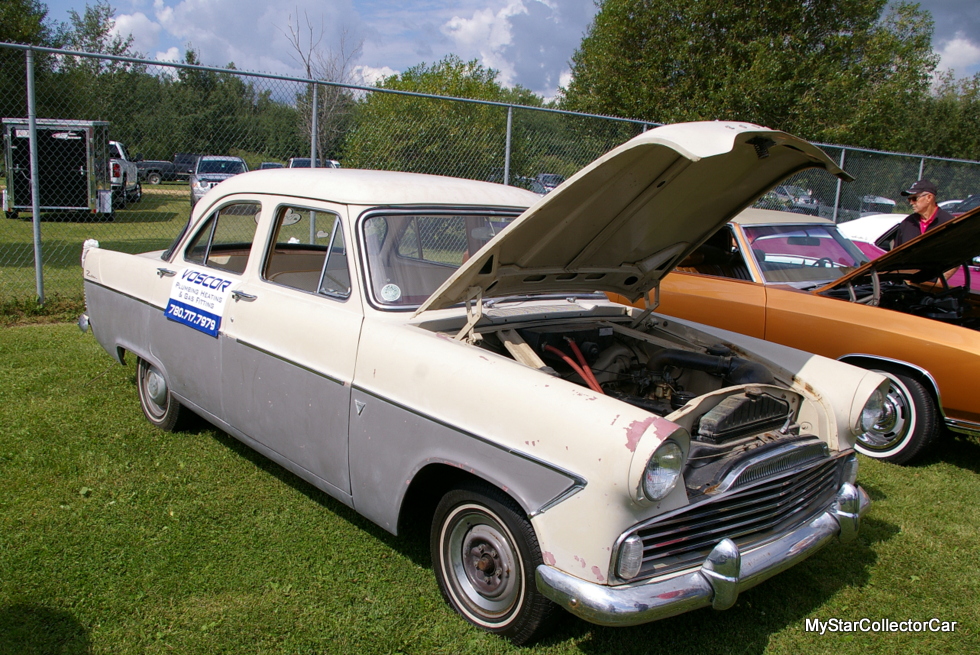 MSCC spotted a 1959 Ford Zodiac at a summer resort and got the full story about the unique British sedan from owner Dan Vos. Dan was only the second owner of the Zodiac and was able to discuss its 59-year-old history with MyStarCollectorCar. 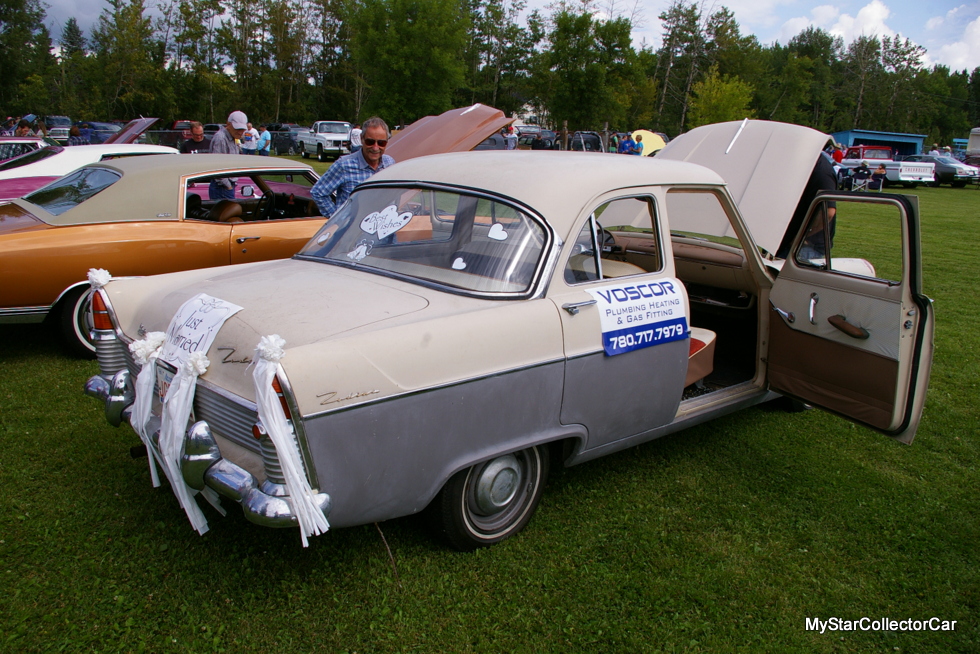 The car was originally purchased from an Edmonton, Alberta Ford dealership and was gently used by its first owner, a woman who literally used the car to attend church on Sunday, and occasionally visit her sister who lived about 3 hours away in another community.

The woman only took the trips in her Zodiac during the summer months and was cautious with the car during the rest of the year. In fact, the Zodiac only had 20,000 miles on it when Dan purchased it about 36 years ago. 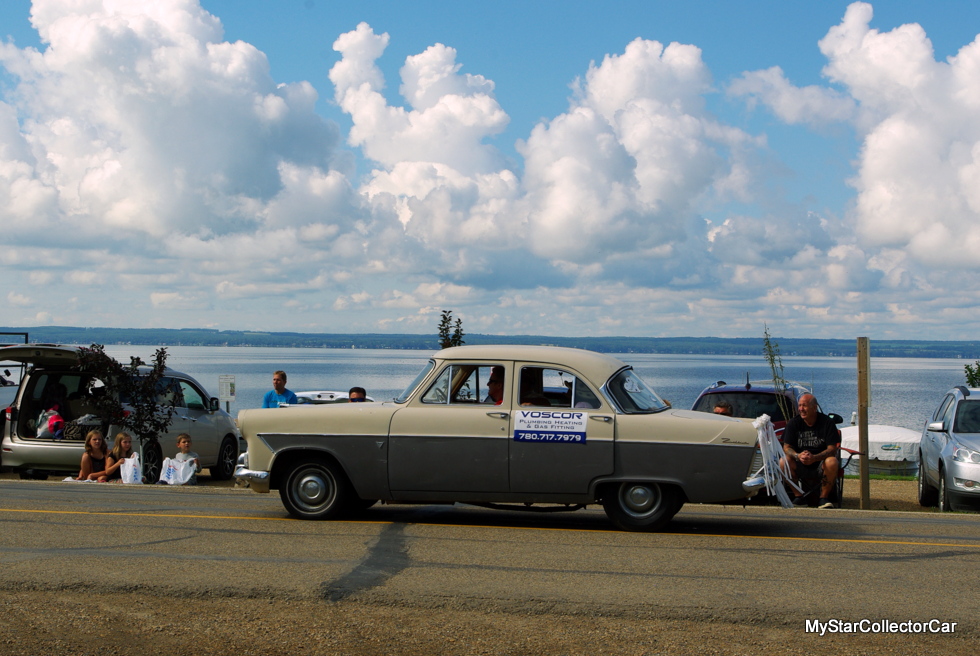 Since then, the car has become a family fixture within Dan and his large family. Dan comes from a family of 11 and every married sibling has used the Zodiac as part of their wedding. 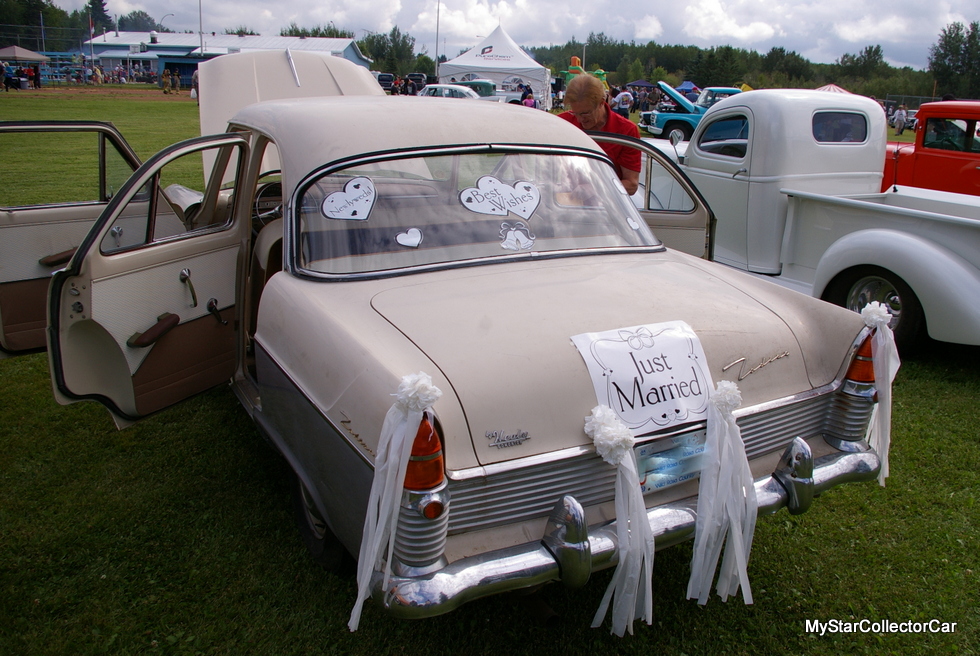 Dan has also used the car in conjunction with a horse and buggy (“Surrey with a fringe on top”, according to Dan) for his own wedding and subsequent 25th wedding anniversary a few years ago. 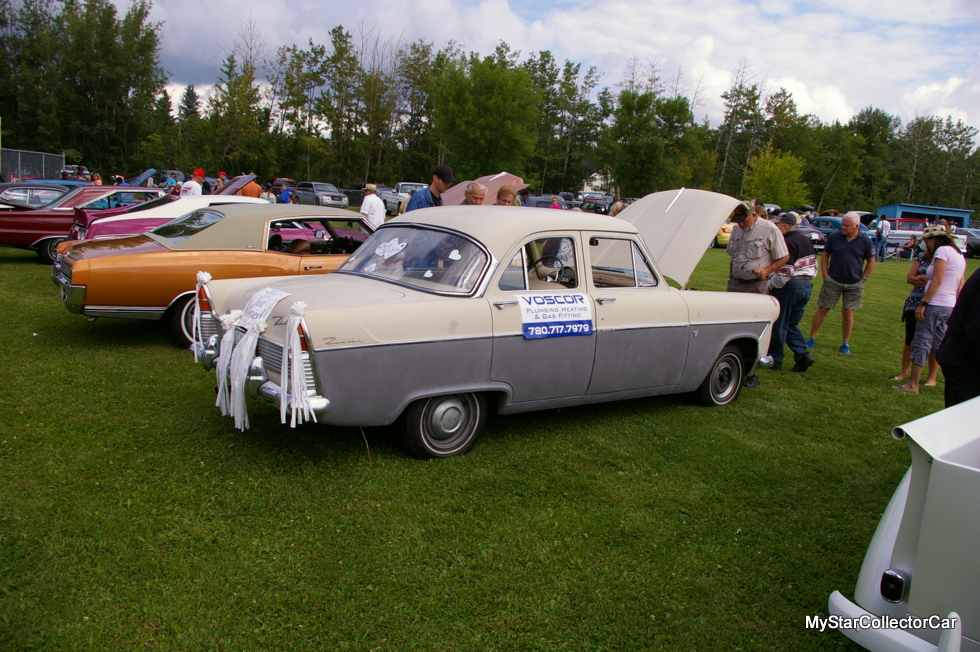 The entire tally over the past 36 years of use has driven the odometer up by 16,000 miles to 36,000 miles on the 59-year-old car. It is probably a good thing that Dan comes from a large family who could help put on the miles when they got to the church on time in the dependable Zodiac. 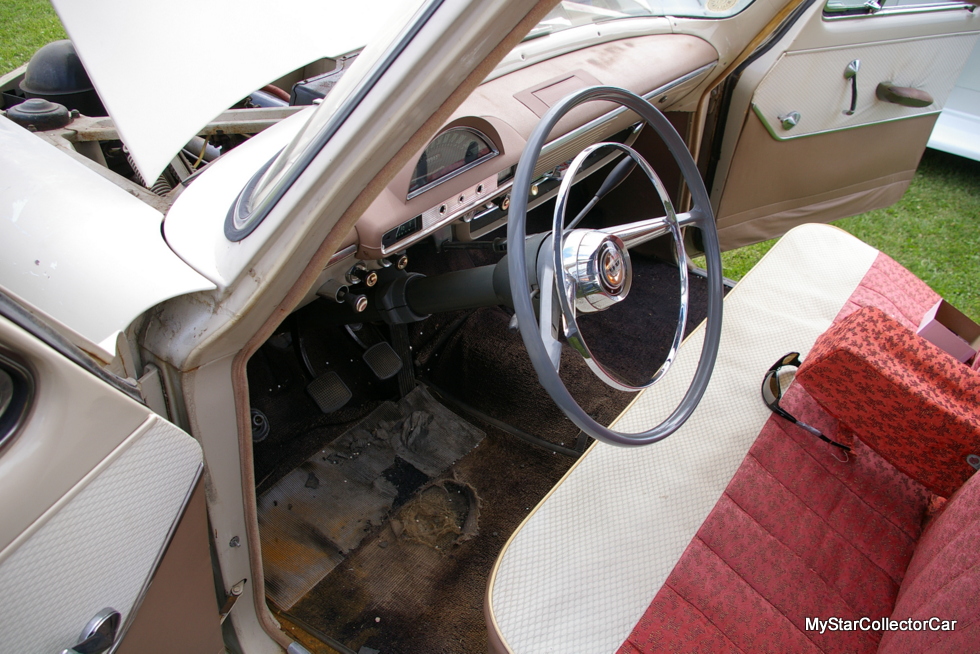 The ’59 Zodiac has led a charmed life during its tenure with both owners and retains all of its survivor qualities under Dan’s watch. He stores the car every winter and has not used the car in a frivolous manner during his entire span of ownership. 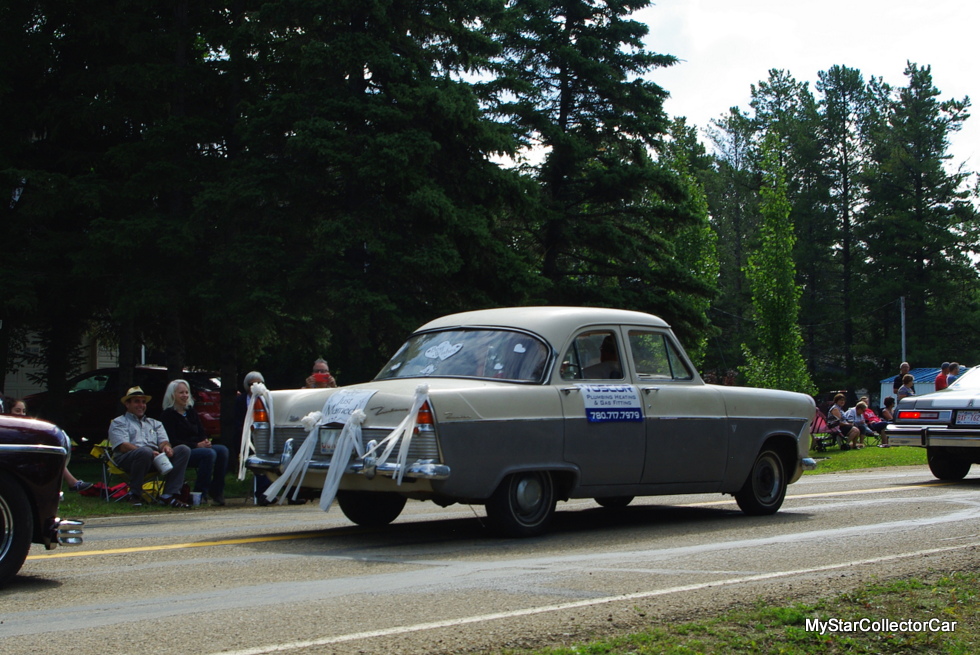 The Zodiac still has its original six-cylinder engine and is backed up by a factory three-on-the-tree manual transmission. 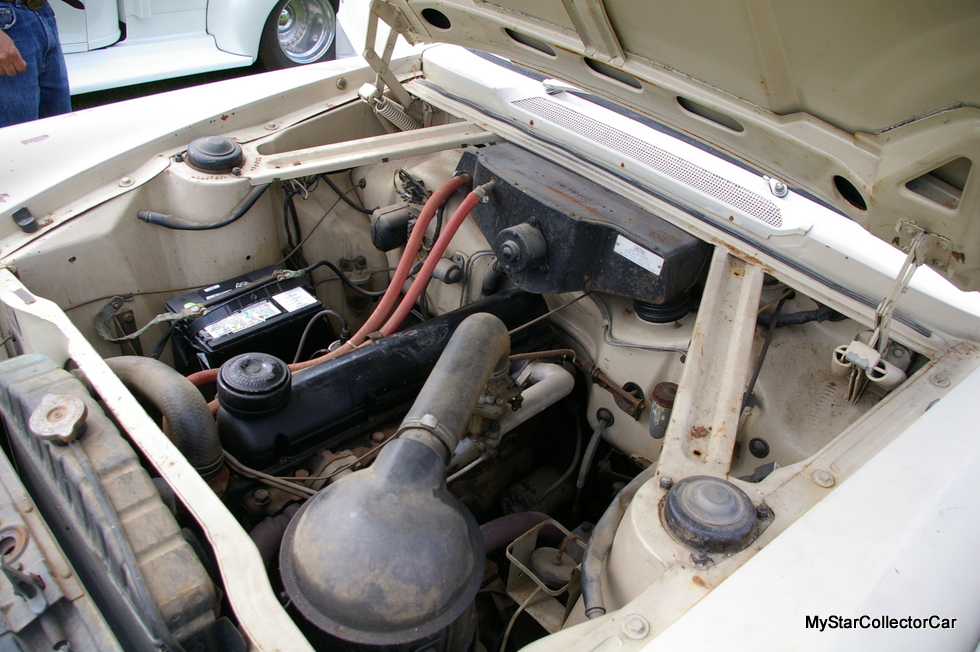 The interior is intact and Dan still has the Zodiac’s original owner’s manual–one that reflects the car’s British roots because the manual’s photo shows the steering wheel on the right side of the cabin. 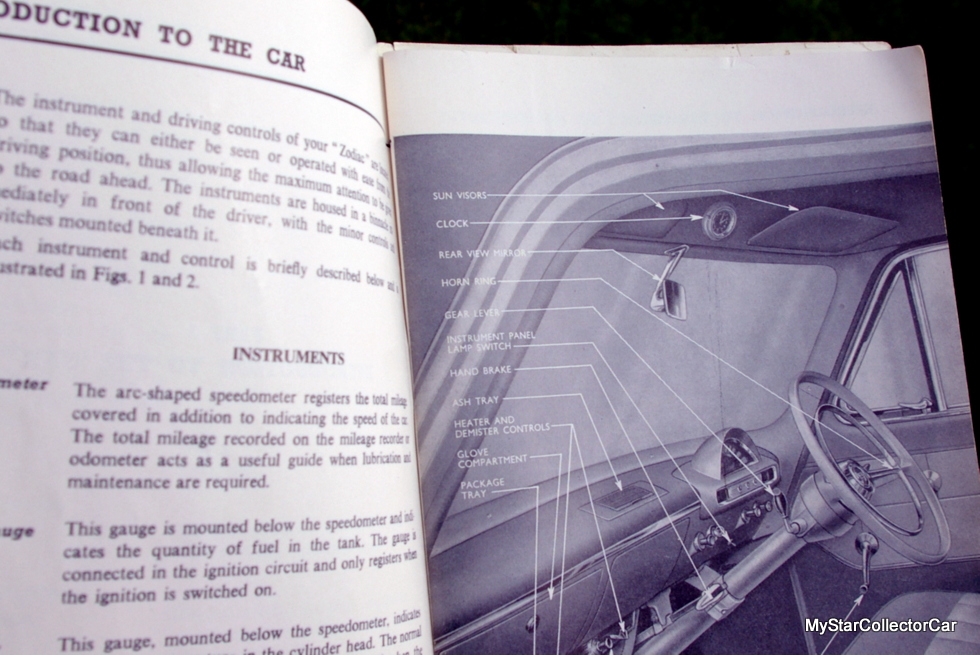 The Zodiac’s six-banger engine means Dan is able to keep up with traffic at will. The factory dual master brake cylinder means he is also able to slow down in a hurry when the situation warrants it. 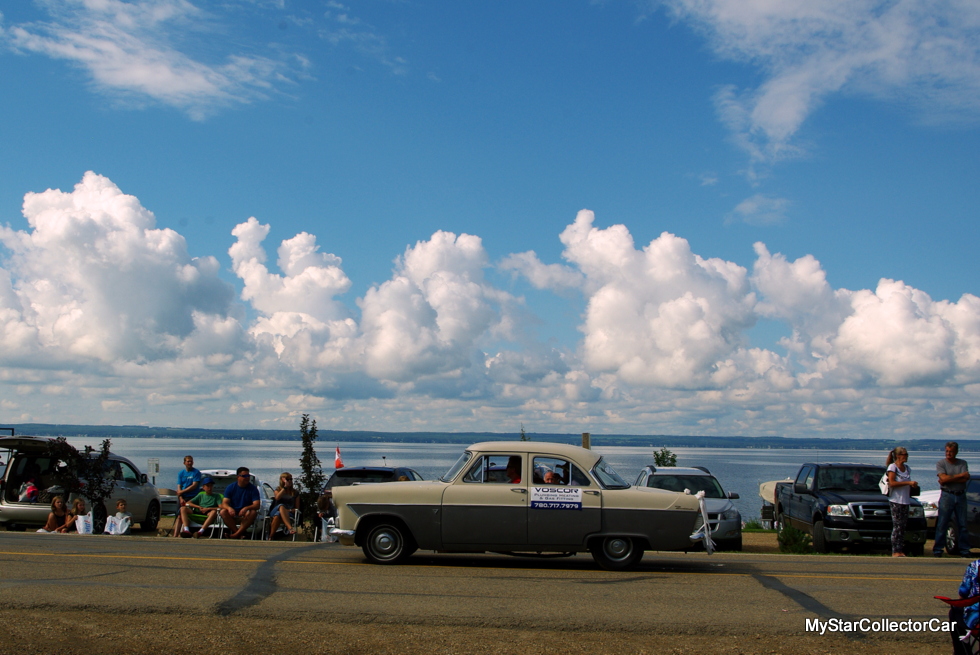 One thing was very clear: Dan has grown very fond of his unusual Ford from jolly old England.

It was a marriage made in heaven long before his siblings used the car for their nuptials.