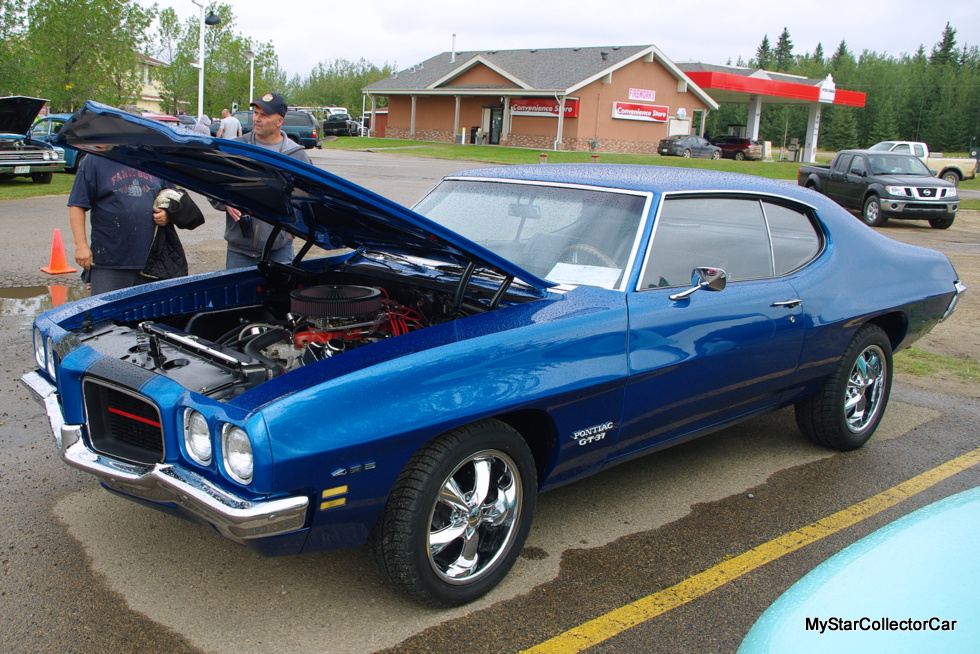 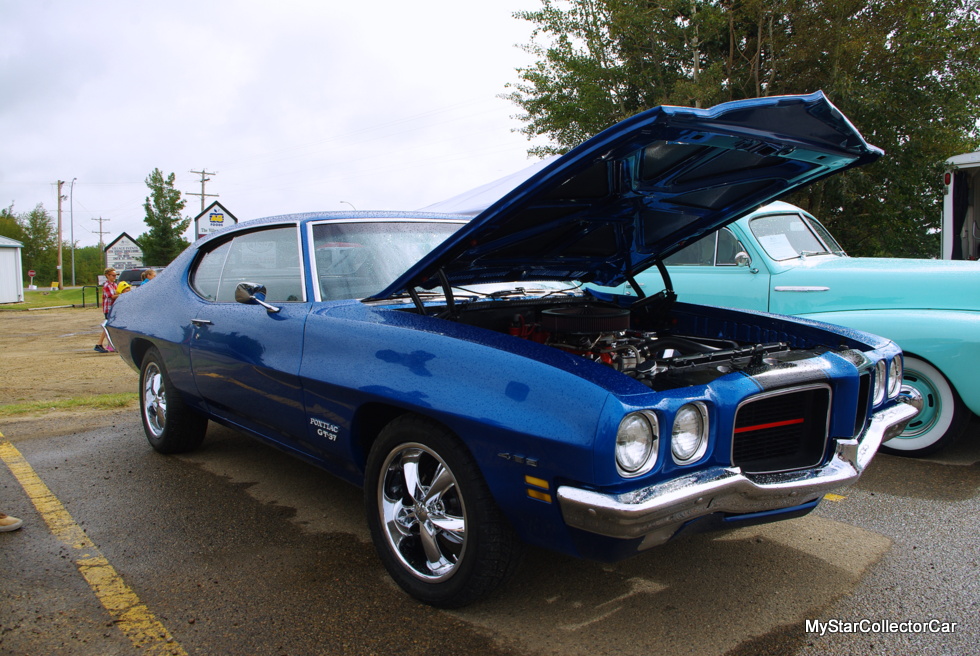 We spotted a 1971 Pontiac GT-37 at a show and wondered what was behind the unusual badges on the car’s fenders.

Owner Colin Leney filled in the blanks on his unique ’71 Poncho.

‘The GT-37 was part of an austerity program in the early Seventies when car buyers wanted to spend less on new rides, including the sportier models.’

The GT-37 was based on the Tempest model in 1970 and the LeMans in ’71. It was built for the budget-minded muscle car buyer and had a low sticker price.

The stripped-down GT-37 was a notch below the famous Pontiac GTO in price and prestige, but it offered some serious horsepower options at a discount. 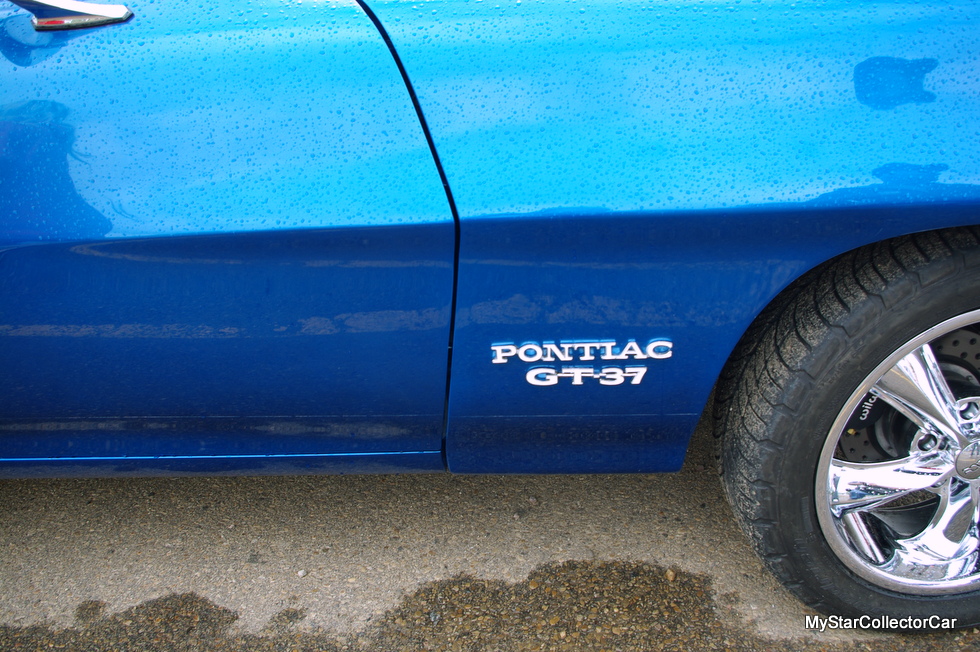 These cars did not enjoy runaway sales success during their brief run and their two production years made them a virtual unknown in muscle car history. Their legend as a lost Poncho has grown over the many years since the last one left the factory in 1971.

Colin is a self-described GM guy who wanted to own the GT-37 because it was a unique model in the General’s large stable of performance cars. 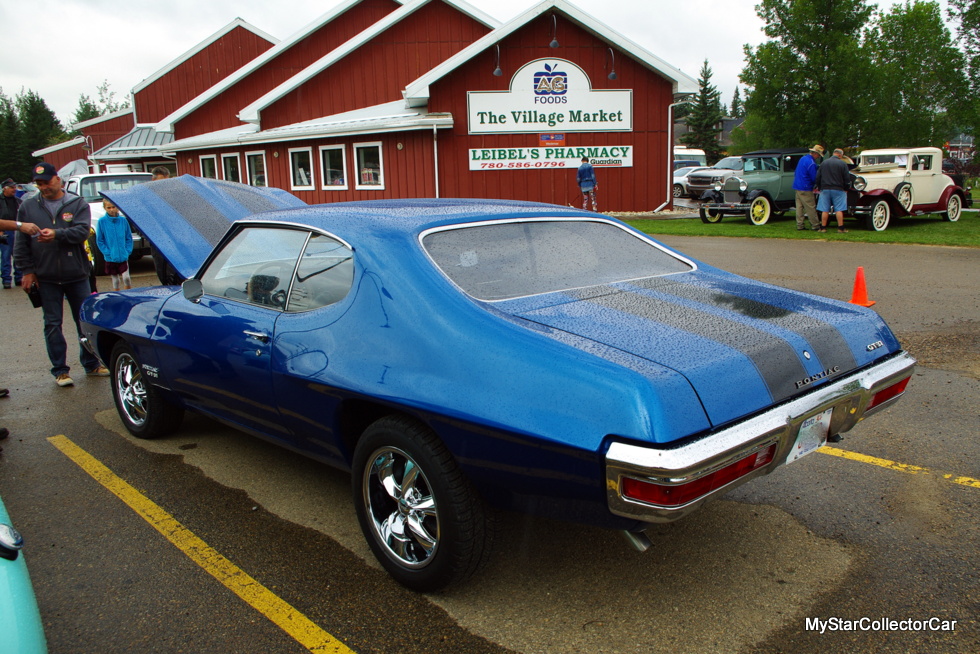 Colin’s GT-37 does not have a factory 455 big block under the hood. Instead it has a stroked-out 454 that now boasts 496 cubic inches of brute force. The engine produces 570 horsepower and 620 ft. lbs of torque. Colin added 496 badges to the fenders to celebrate the change in engine displacement. 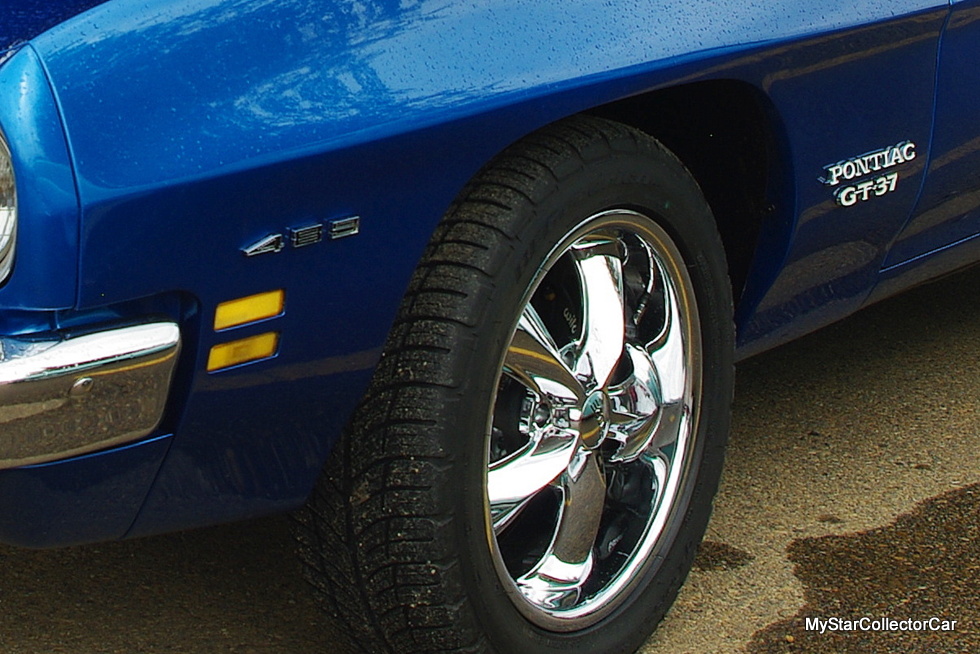 The big block is hooked up to a Turbo 400 with a 2500 stall in the mix. Colin’s Pontiac is ready to mix it up with any challengers but it also has a civilized side to it on the road. 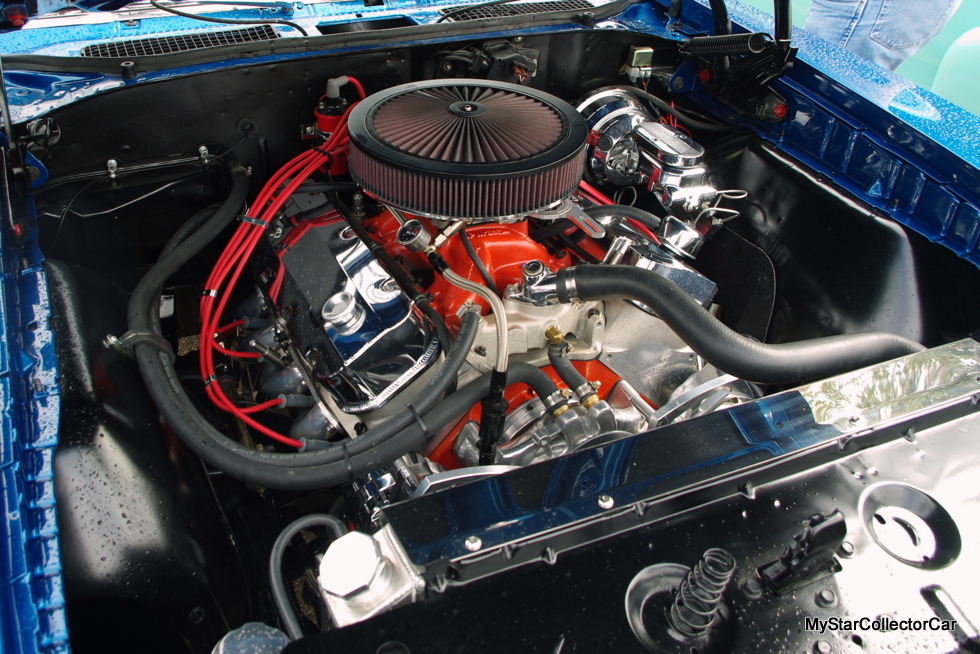 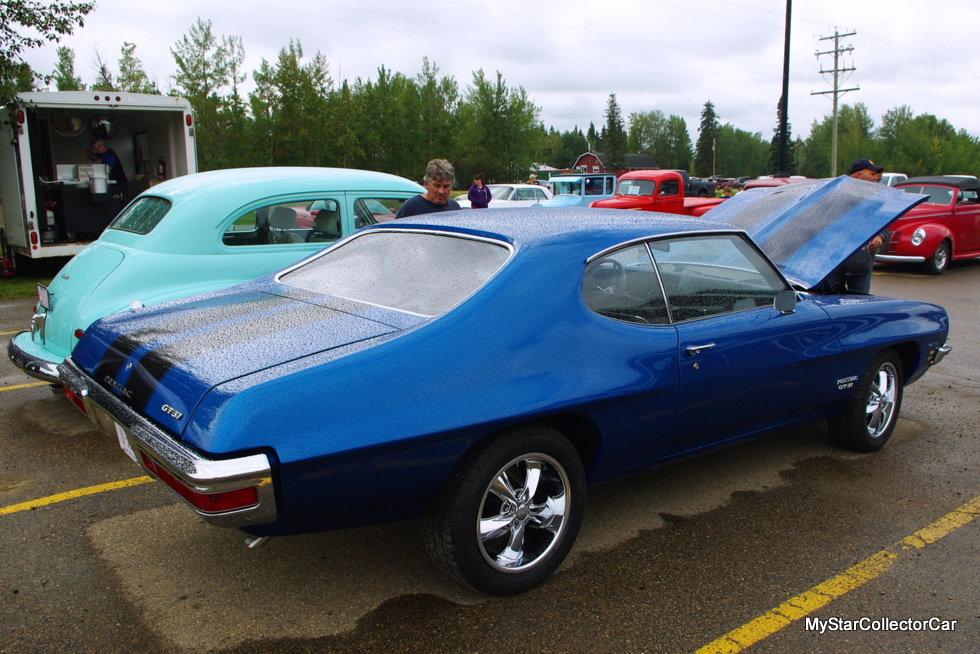 The massive upgrade in performance prompted Colin to add giant disc brakes to all four wheels. The original brakes were a front disc/rear drum configuration and Colin wanted his car to stop and go better than the original factory model. 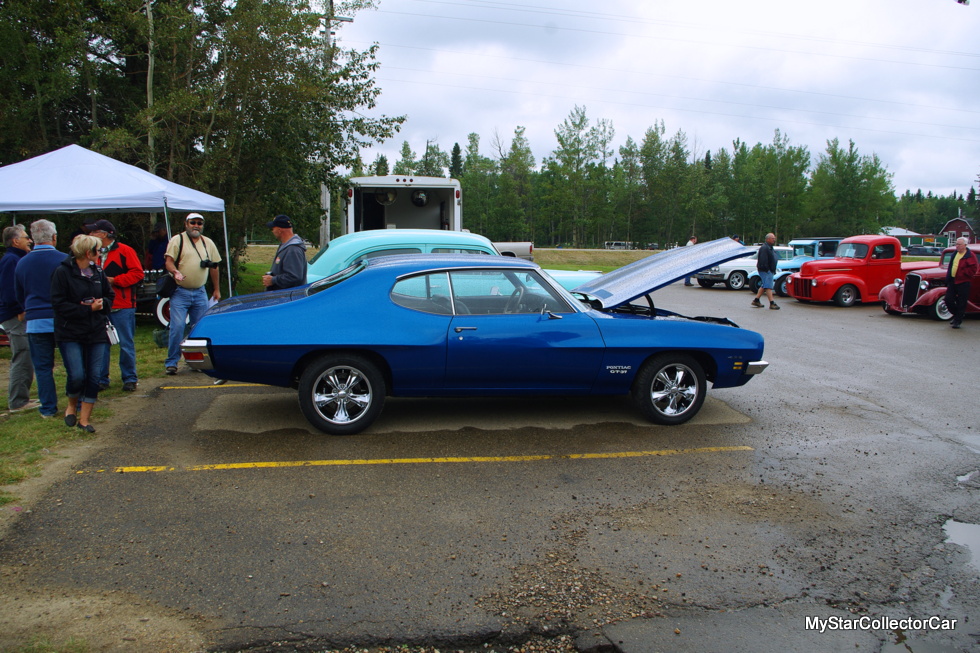 Colin also added a custom radiator to the GT-37 to allow the car to keep cool while delivering red hot performance on the road.

Colin’s Pontiac GT-37 has other custom touches, including its paint which is the result of a six coat base/clear combination that goes well beyond the factory finish. The battery has also been moved to the trunk to give the engine compartment a cleaner look. 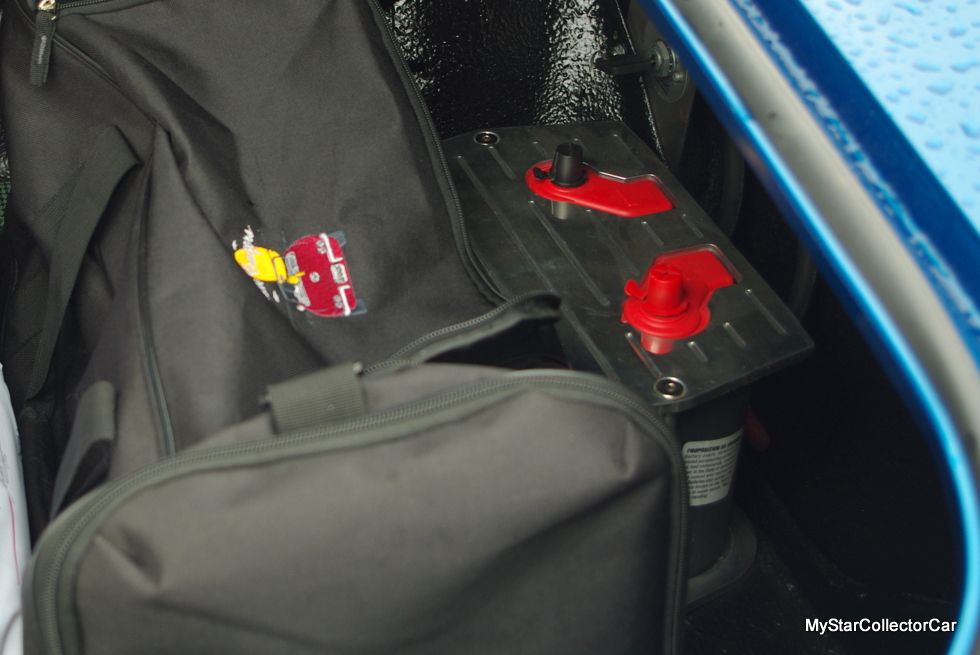 The car was equipped with factory power steering and brakes, while Colin added power windows to his list of creature comforts in the GT-37. The stylish steering wheel is an aftermarket replica of the original in the car. 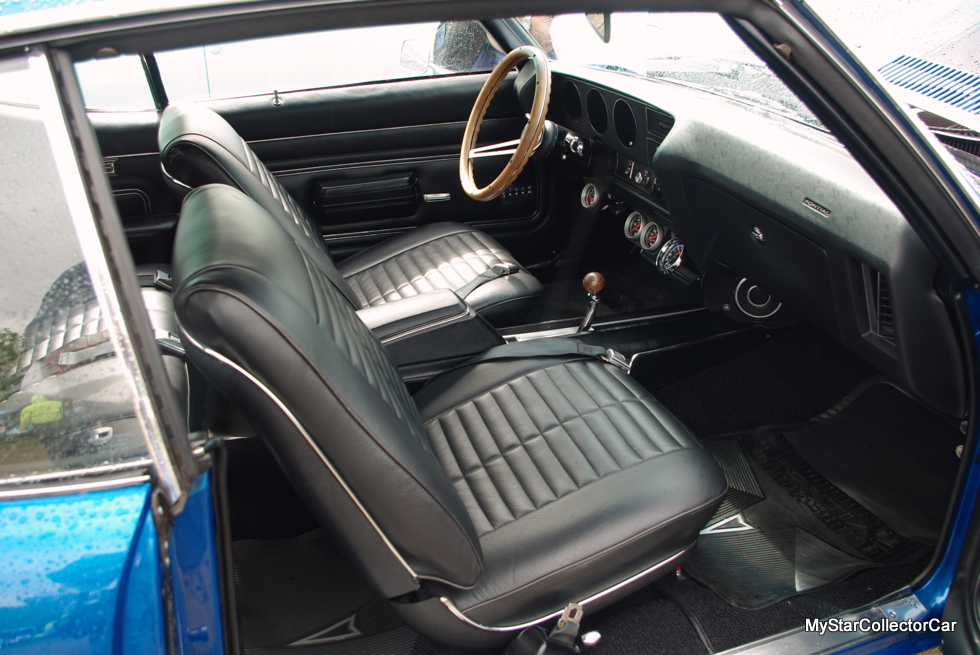 The car has undergone a complete rebuild on the front end and is “beautiful to drive”, in Colin’s assessment.

‘The final result is a perfect blend of early 70s style and 21st century performance for this lesser known Poncho muscle car.’

Please re-post if you enjoyed this article