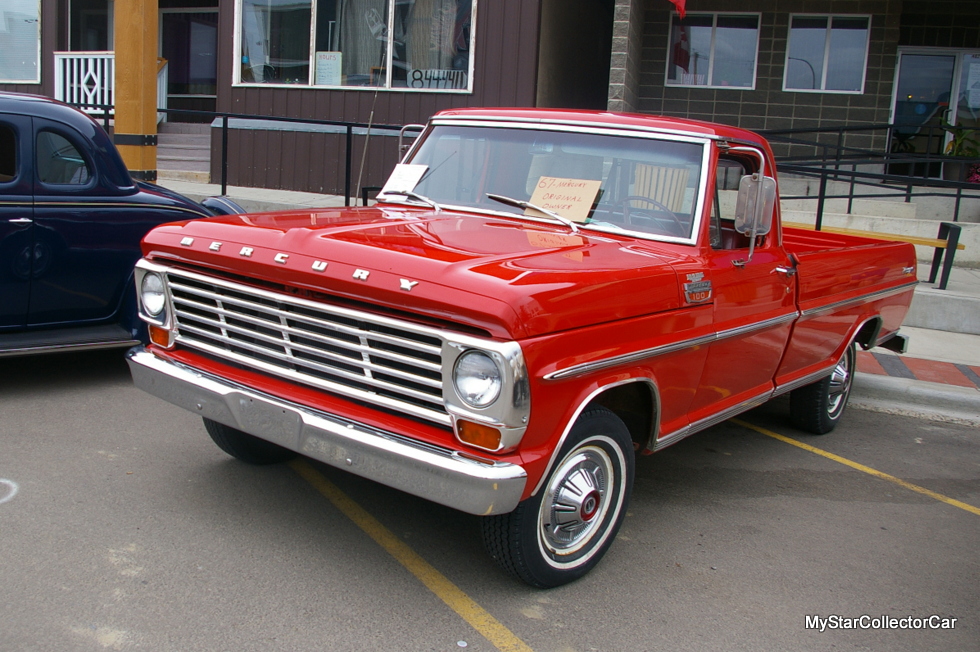 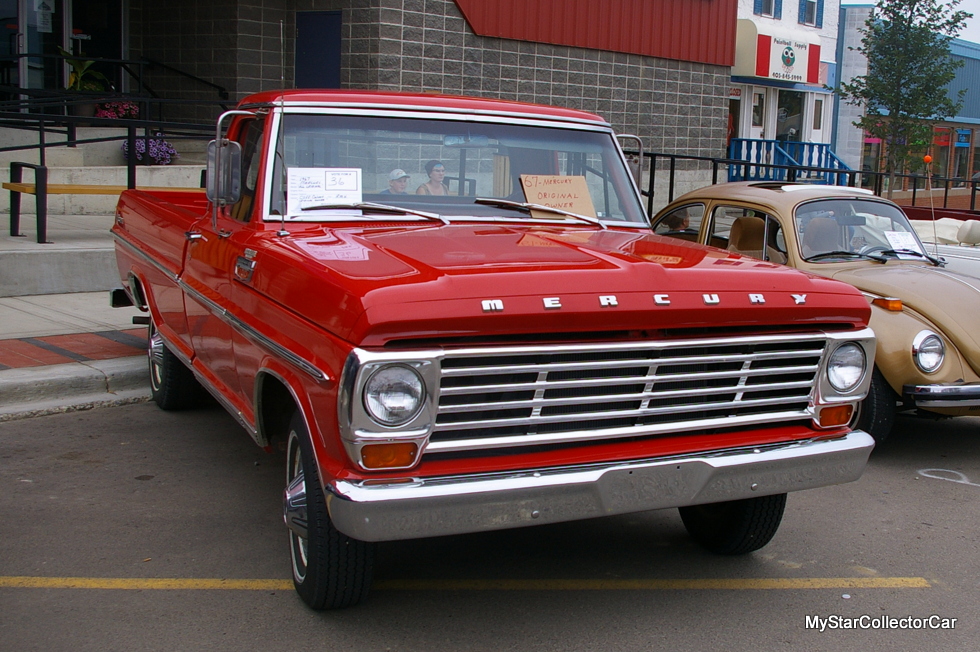 Mercury is a name from the Ford family that was always associated with an upscale car model that was a notch above a basic Ford on the elegance scale.

However there was an oddity in the Canadian Ford family because Canada’s Mercury dealerships sold a Mercury truck from 1946 to 1968.

‘The trucks were essentially a re-badged Ford because small towns in Canada had either a Ford or Mercury dealership-but rarely both-to sell Ford products.’ 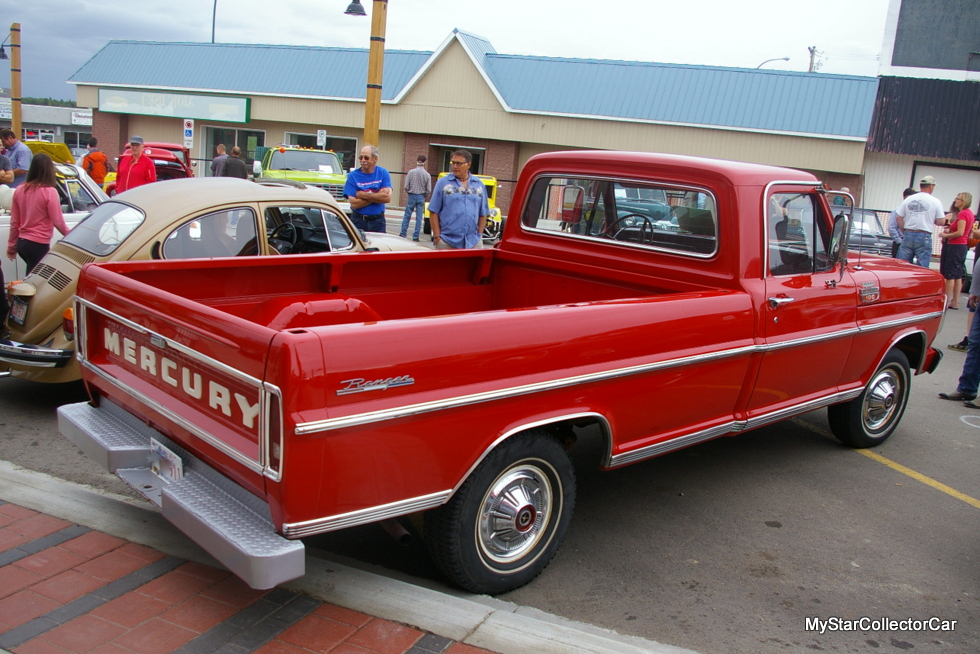 One result of the Auto Pact agreement was an eventual phase-out of uniquely Canadian vehicles like the Mercury truck. The trucks are a great conversation piece when Canadian owners take them to shows in the US because many Americans are surprised when they see a Ford truck with Mercury badges. 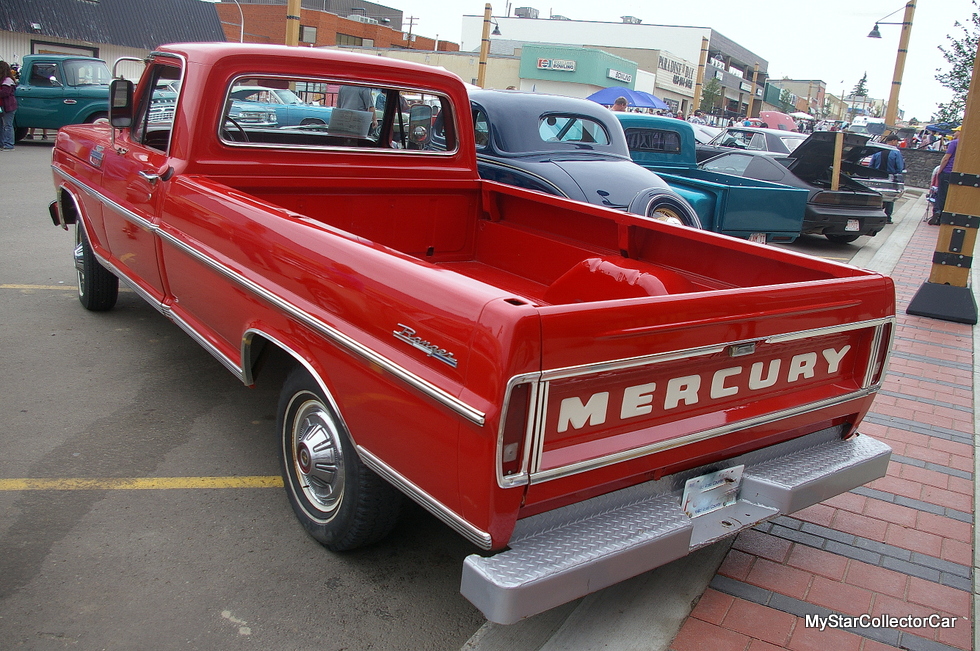 Mercury trucks ended their production run in 1968 so they are now also a unique visitor at Canadian shows, given the fact the last Mercury truck left the factory 48 years ago. We at MSCC seek out Mercury trucks because of their rarity so a 1967 Mercury pickup was on our radar at a summer show.

This truck was even more unique because owner Cliff Calvert bought the Mercury brand new in 1967, a year that marked the 100th anniversary of Canada as a country. Cliff is a practical man who bought the truck for practical reasons back in ’67: he needed a truck.

Cliff was a heavy equipment operator who spent plenty of time on the road (building roads) over the years and wanted to buy a truck to use for his job. He purchased the new Mercury for 3200 dollars and the truck served dual roles towing a house trailer or being towed by a grader to job sites over the years. 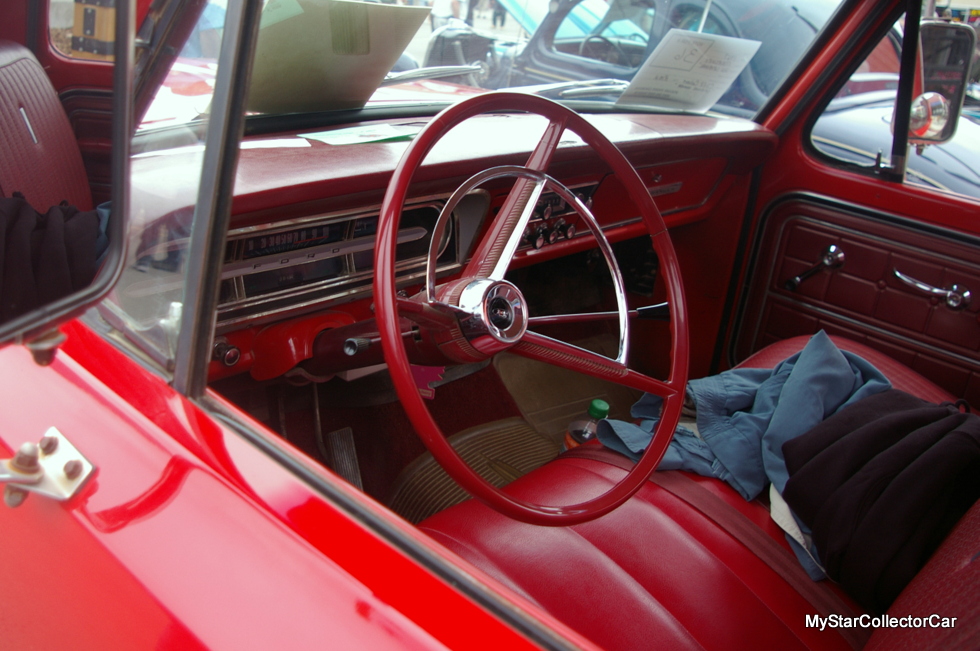 The Mercury truck has a three-on-the-tree manual transmission bolted up to a 352 Ford V-8 that Cliff calls “the best engine Ford ever built” in his opinion. The fact the engine was able to pull a large trailer down the road behind the Mercury truck backs up Cliff’s assessment. Cliff said his Mercury could “run all day every day at 60 mph in second gear” while the truck pulled the trailer down the road. 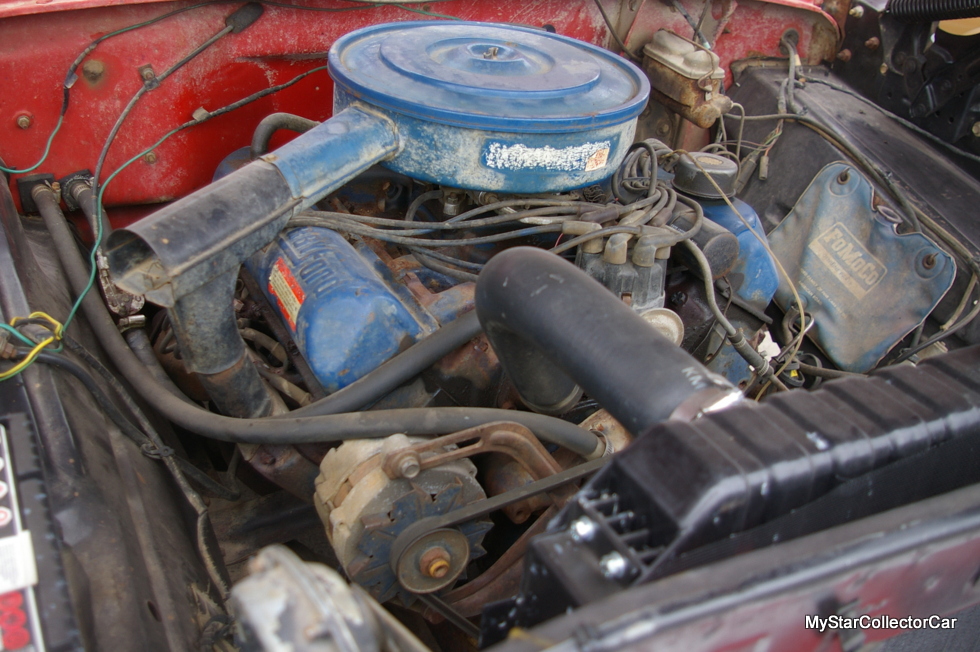 Cliff called his Mercury “a car and truck combined” for its multi-task role as part of his family’s history and it now has 157,000 miles of Cliff’s life on its odometer. Additionally, the truck has never been in an accident during its entire time on the road. 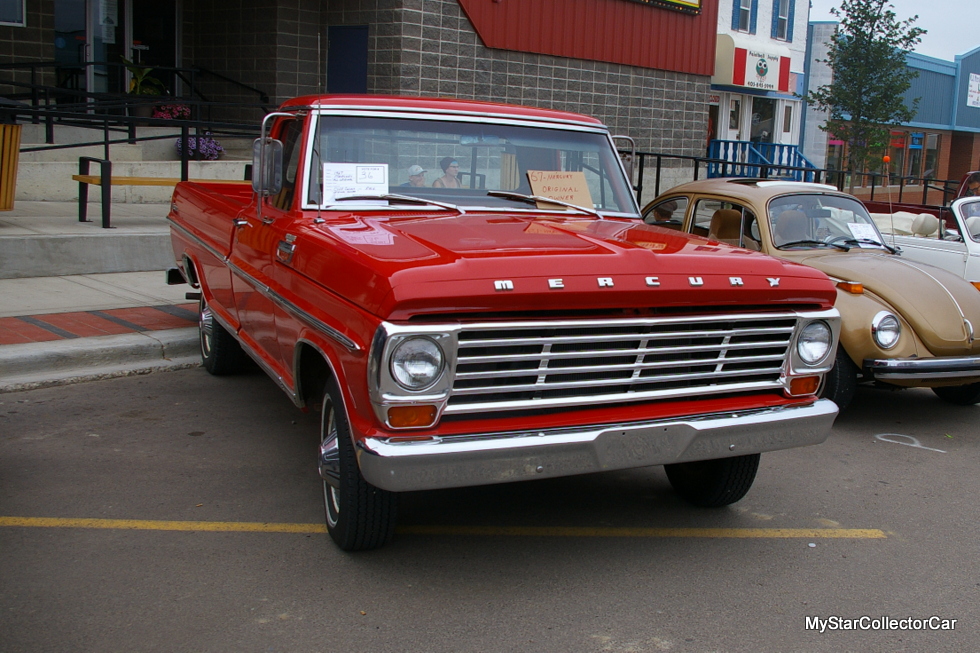 Cliff had it repainted about 20 years ago and still looks after the truck with the same level of care he used when he bought the Mercury in Canada’s centennial year. One of the best ways to keep a truck for 49 years is to look after them and Cliff’s Mercury is an excellent example of a well-maintained vehicle.

‘We noticed that Cliff’s grandson was very interested his granddad’s truck and we suspect the Mercury truck will be in Cliff’s family for many years to come because the kid already knows how to work the truck’s three-on-the-tree transmission.’