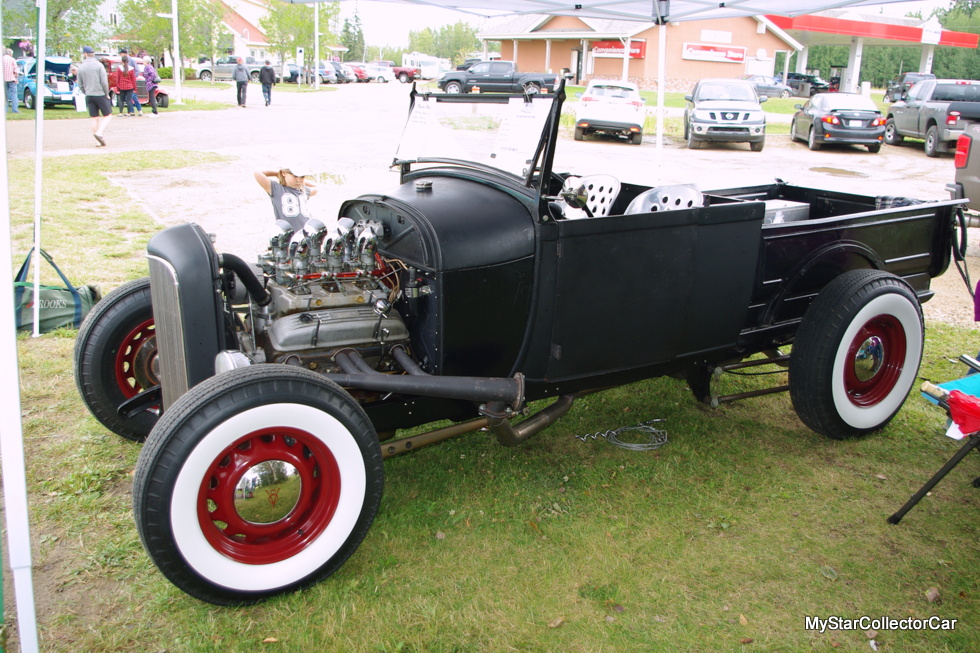 ‘There are many reasons why—they range from lower costs to a blueprint for your project when you forget how to put everything back together.’

Not many guys use a combine for a donor. 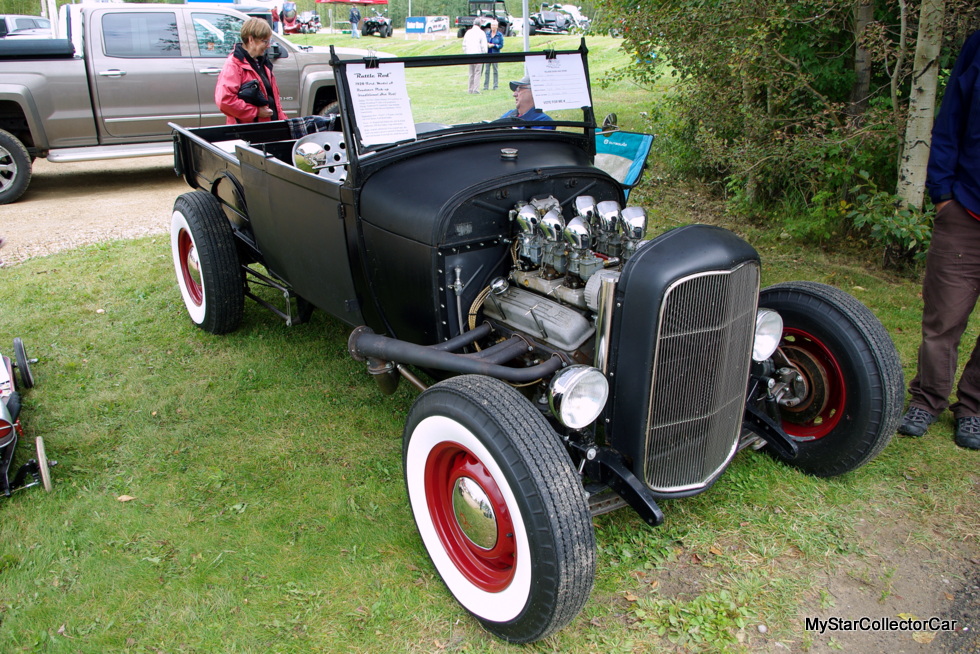 Rob Laidlaw found the perfect project in a 1928 Model A truck because it was in mid-construction phase when he bought it. This old truck was a dream ride for him because he “fell in love with the Model A” when he was ten years old and his uncle had “an old truck like this and a sedan”. The owner’s wife “hated the truck” so Rob and his dad made a long road trip to pick up the unloved Model A. 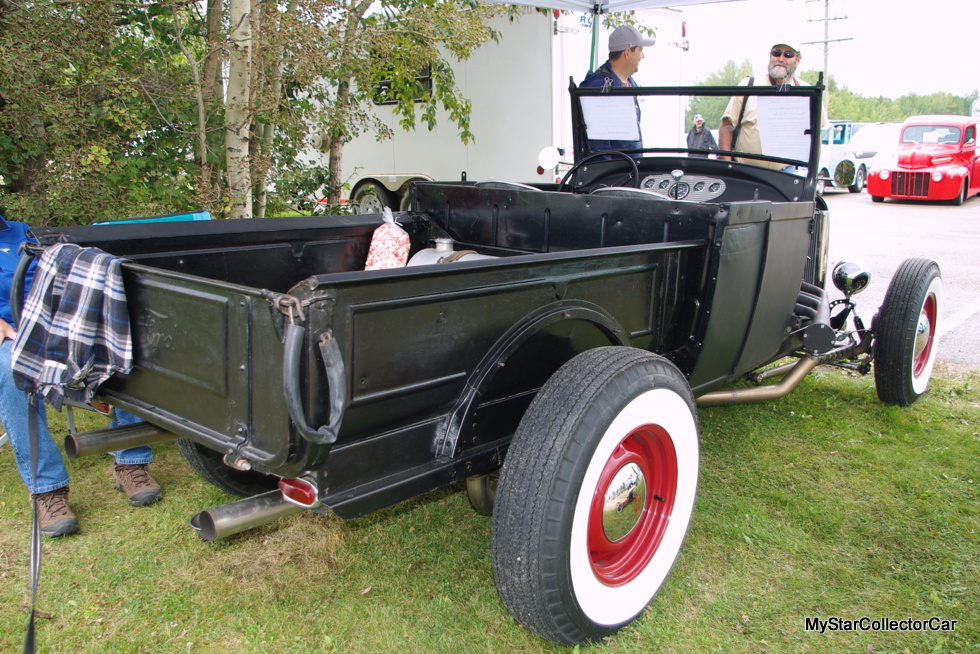 This Model A came with a 350 Chevy small block out of a combine and Rob said they were reputed to be well-engineered engines but “it’s got a different cam and different heads” because of the unique workload in a combine. 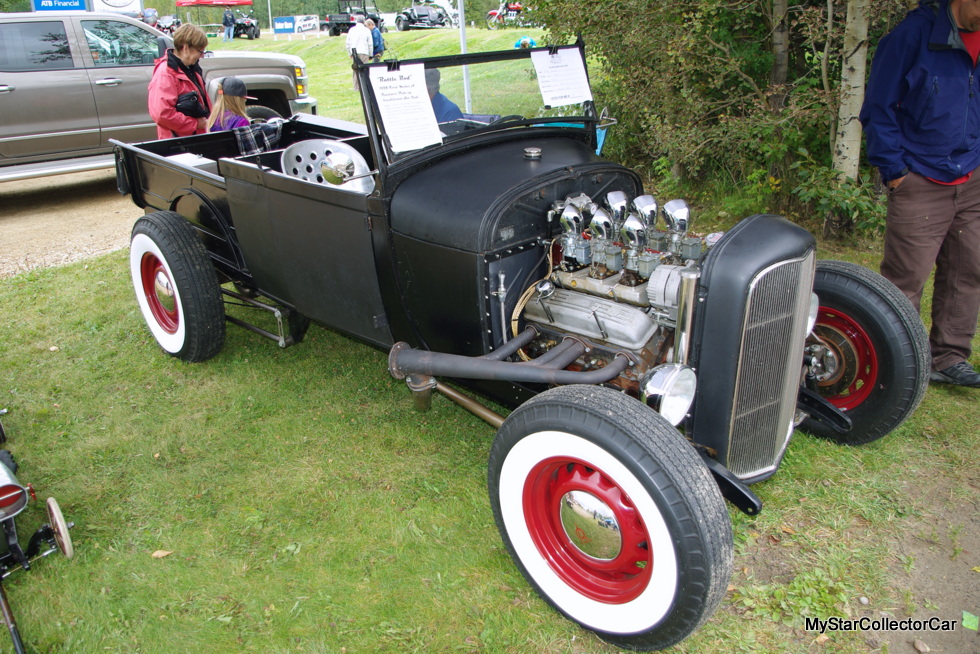 Rob worked with the small block and added his own unique touch to the engine with a custom-made array of old school Stromberg carbs. Rob used “all 1940s vintage carbs” for the setup and rebuilt them all with the exception of a brand new one he found through a contact. He said it took “about two hours to set them up” and he “learned it all from scratch” but Rob has a huge advantage over most people because he’s an engineer. 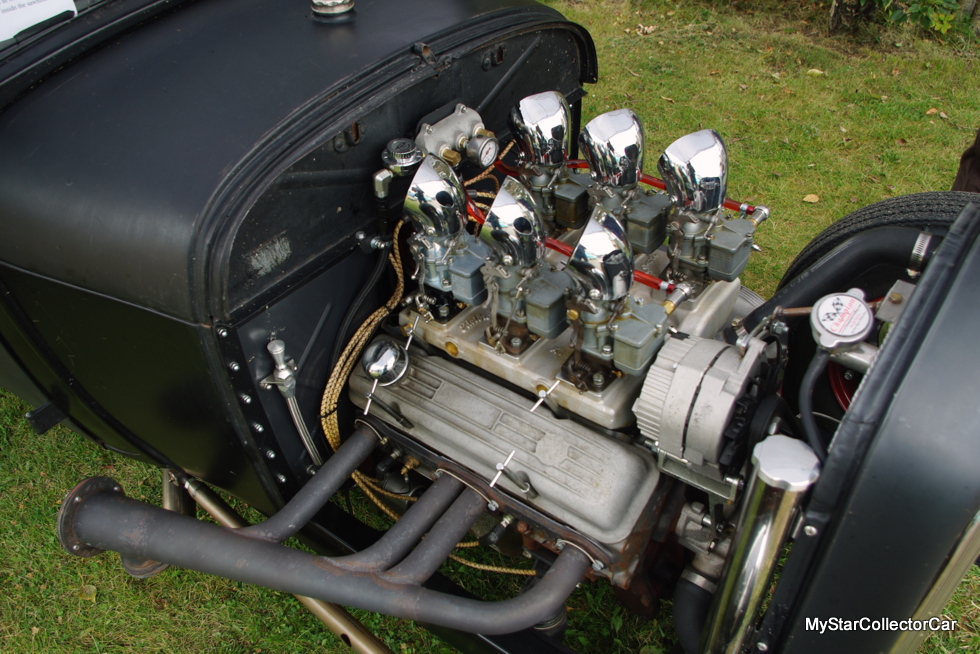 They work well—Rob explained how they work off the middle carbs until half throttle then all of them kick in so it’s a fairly simple system. Rob admitted he had a lot of help from the “old car guys” because they walked him through the whole process. He said they were “super helpful”, he “learned a lot thanks to them” and their advice was instrumental in the success of the project.

Rob also learned how to work with metal so now he knows how to weld and use an English wheel because he wanted to do this work himself, gain valuable experience, and draw his kids into the hobby. He wants his kids to “learn how to turn a wrench” because he wants them to get away from the computer world and into the hands-on world. 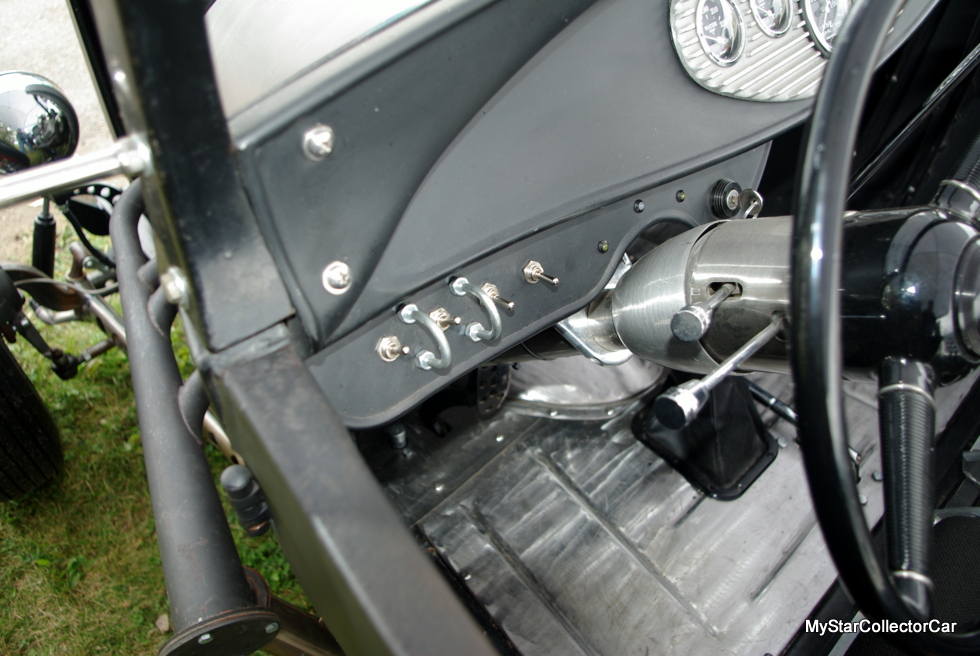 The lesson is taking because Rob’s daughter Aida wanted her name on it for the show—he’s happy because he wants his kids to be “ interested in real things”.

Rob made some practical modifications to the truck. He extended the firewall because these old Model As “weren’t built for taller guys” so he needed the extra room. The gas tank was moved to the truck bed because it’s safer and the original tank was a mess plus the battery is back there in a more accessible location. He also had to add an electric fan because the truck tended to run hot. 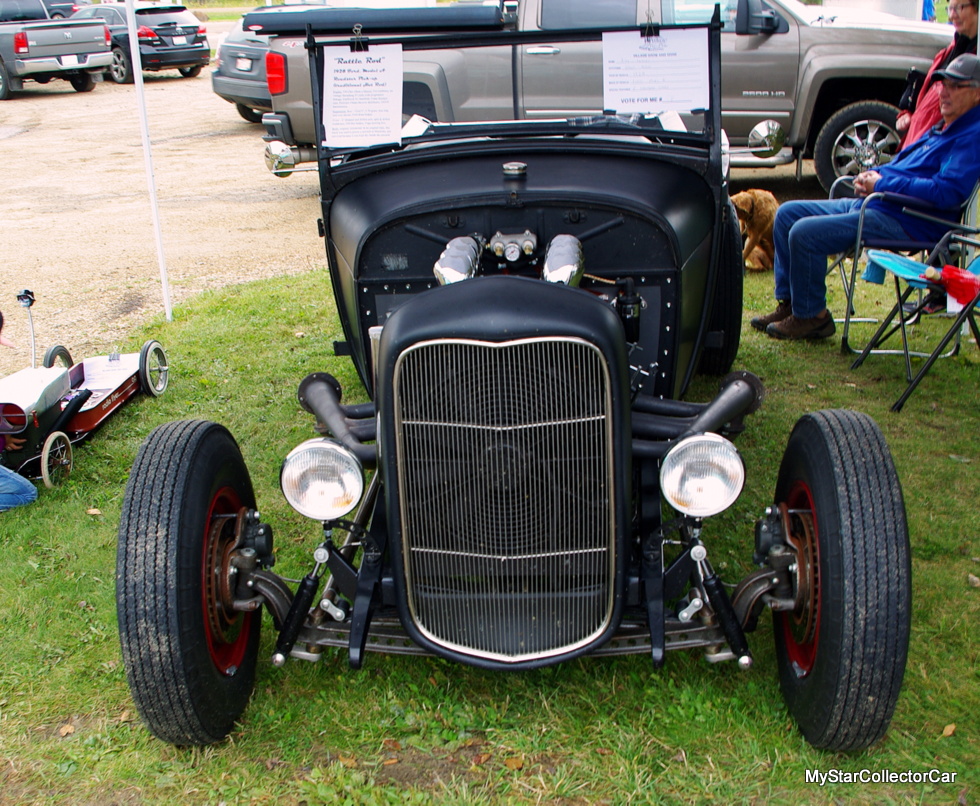 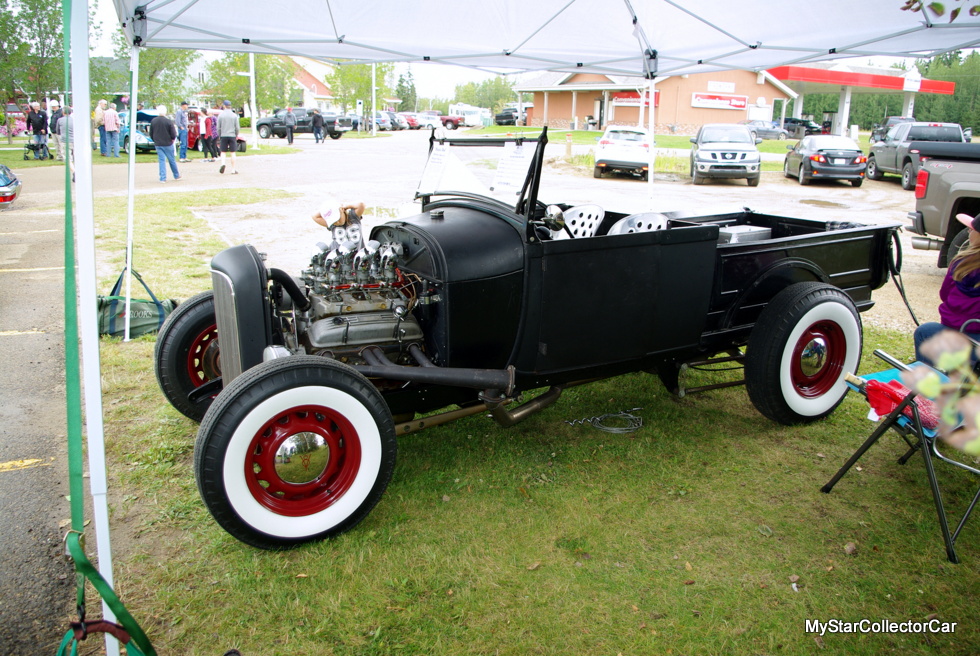 Rob loves the driving experience in the old truck even though the front tires “kick up rooster tails when you make a turn in the rain” and the exhaust makes “less noise than a Harley but you need ear plugs” when the caps come off the headers.

This ’28 Model A is a work in progress but there’s one thing that’s locked in—the definition of the truck. People tend to call it a rat rod but Rob has an entirely different term for it. 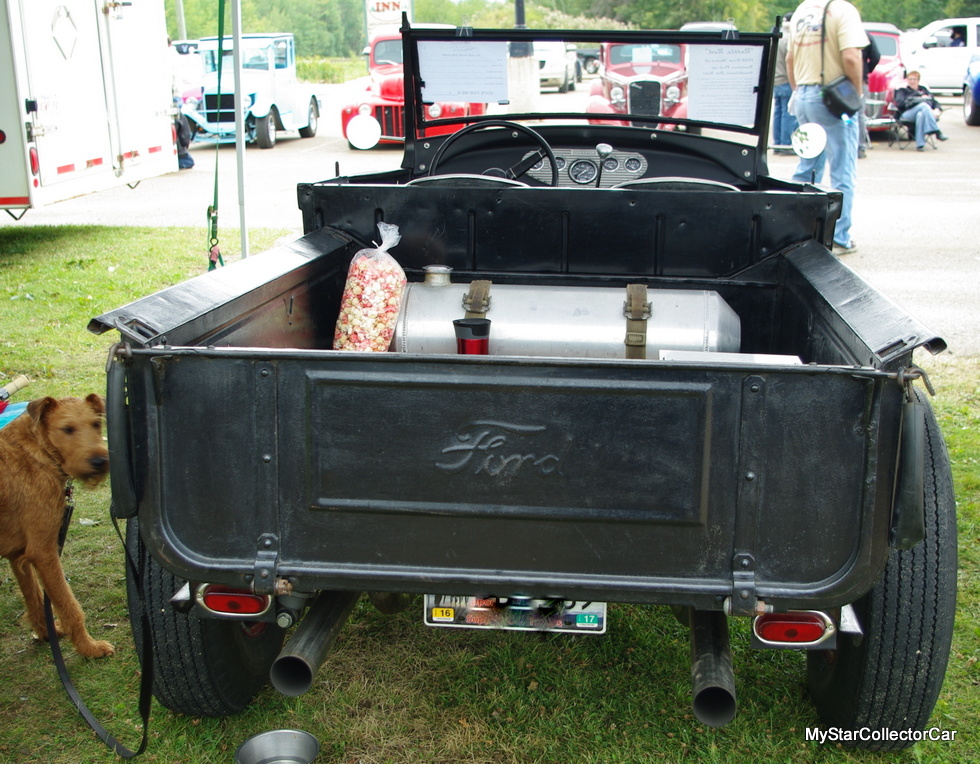 ‘This build is based entirely on tradition so Rob explains it this way “ I call it a traditional hot rod, not a rat rod”.