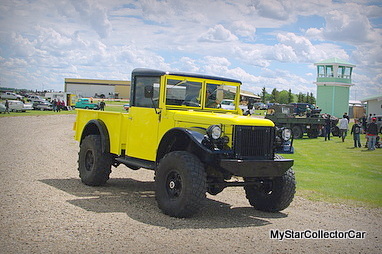 The Power Wagon is well established as a brute force behemoth.

The military loved these indestructible monsters because they could take whatever was dished out on the battlefield.

A lot of veterans literally owe their lives to this beast of burden because they were used for everything-including ambulances.

Harry Grundke is like most owners of vintage military equipment because he’s an expert in the history behind his vehicle. 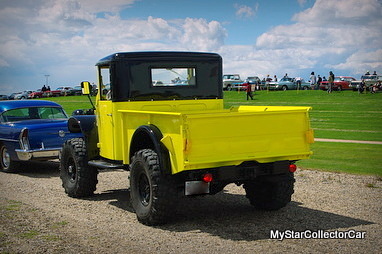 Harry explained the story behind this Power Wagon, “It’s an M-37, that means it’s Canadian so it has an Arctic top.It’s an old RCAF truck”.

Harry had an entirely different vision for the Power Wagon but he wanted to stick to its Dodge roots, ” It was a non-runner when I got it and I wanted something I could comfortably run so I decided to go Cummins diesel”. 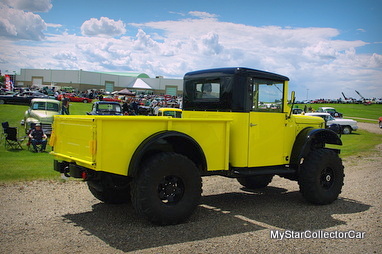 This wasn’t a job for the faint of heart or talent-challenged but Harry was undaunted as he explained, ” I’m a retired mechanic so I had the time to take on a big job”.

Big job is an understatement because Harry admitted this project took two and a half years but the end clearly justified the means because this is an incredible resto-mod.

Harry explained the basis of the Power Wagon, “I did a body swap on a 2003 Dodge Cummins truck. It was definitely a challenge because I put it together three times took it apart three times. This took many thousands of hours”. 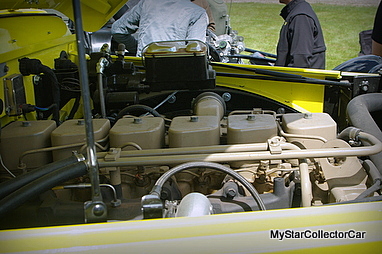 The process began with the foundation, “The frame was cut and shortened then I dropped the body on the chassis”.

There were many other little things that went into the Power Wagon, ” It’s an A-100 Dash shifter relocated for the four-wheel drive and the seats are out of a minivan Safari. They’re the second row seats. Everything else is custom”. 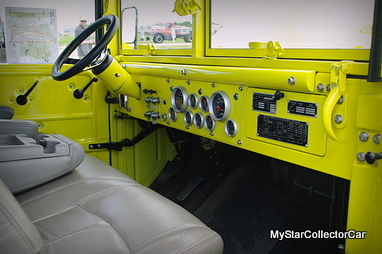 Harry added, “There are so many things you can’t see like every line is custom made by me and the stock ’52 hitch is mounted to the new frame”.

His goal was pretty simple-get a vintage look with new tech under the skin and make it a real driver. The mission was simple but getting there wasn’t but Harry is at the fun stage of this project because he definitely drives his old Power Wagon.

The experience is the best of both worlds as Harry explained, “This truck drives better than my ’03 and it gets 22 miles per gallon even though it’s a little heavier at 7000 pounds. I get a lot of looks at 70 miles per hour. Guys drive by taking pictures of it on the road.It’s actually not bad for noise,it runs like a diesel runs and it makes sounds that I like”. 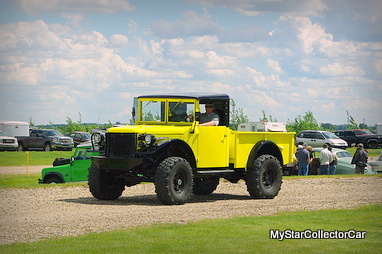 Power Wagons generally get “a lot of looks” but a giant bright yellow truck doing freeway speeds is definitely an attention-getting device. Harry explained the color choice, “I wanted almost florescent yellow but this is actually an ’08 Suzuki motorcycle color”. 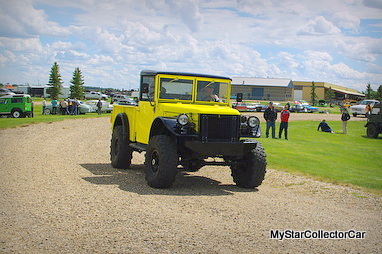 Harry has already had a few adventures with his big truck, ” I was in an exhibition tractor pull and ended up backing into a mud-hole and getting stuck. A stock Ford diesel couldn’t budge it”. 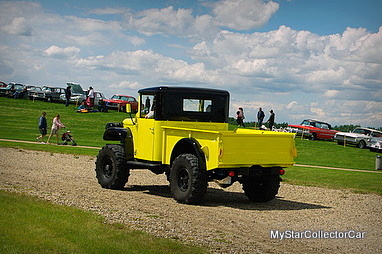 The goal was to get a ’52 Power Wagon to run like a new truck and has brute force under the hood. This was an ex-military vehicle so there’s only one way to sum up this Power Wagon project.