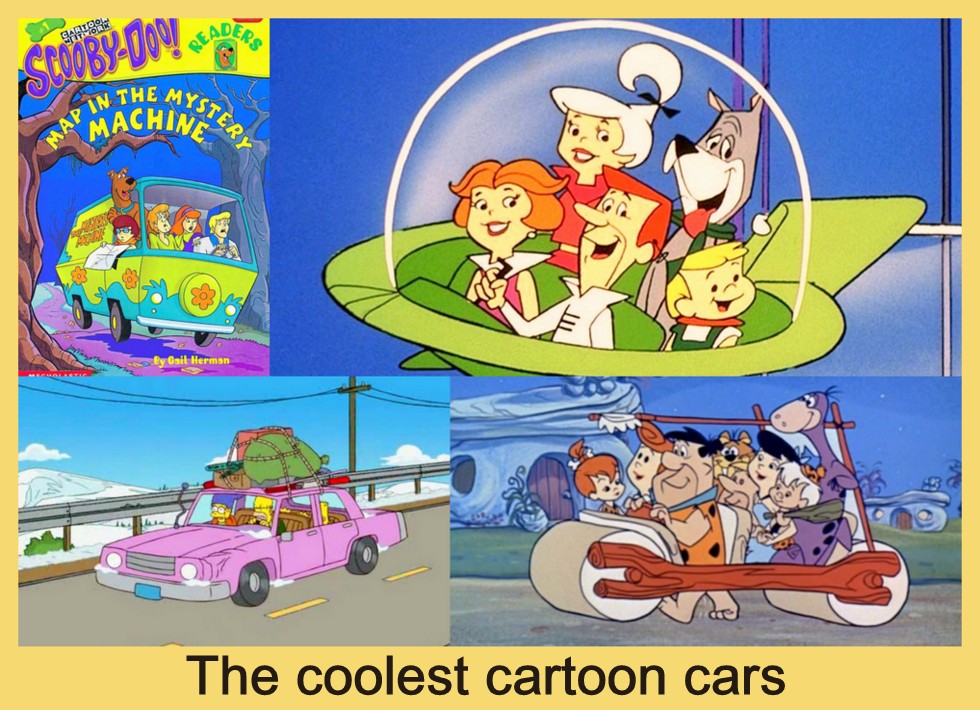 Cartoon World is a strange place where the TV show stars can survive a vast array of mishaps that range from anvils dropped on their heads from great heights (see Wile E Coyote for more details) to ugly dynamite incidents where beaks get blown off faces (see Daffy Duck for more information).

Every kid who grew up in front of a television set is well aware of the death-defying antics of the main characters in their favorite cartoons. 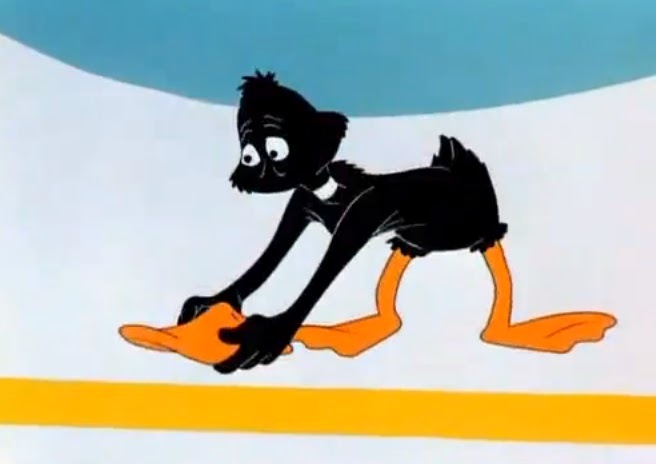 However, every cartoon star had to move from Point A to Point B at some point in the show. Transportation was easy for some of the stars because they were fast on their feet and did not typically need a vehicle (see Speedy Gonzalez and the Road Runner for further info). 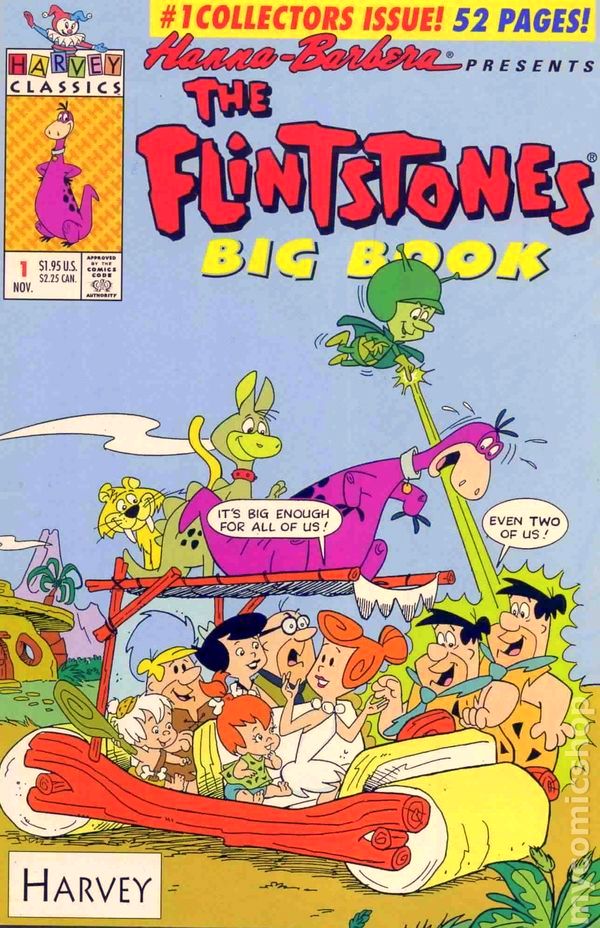 The other choice for cartoon characters was a vehicle and these rides played an important but subtle role in the show. MyStarCollectorCar wants to shine the light on three of the famous rides from a bygone era in Cartoon World.

The first vehicle that comes to mind is the Mystery Machine van used by the Scooby Doo cast in their famous cartoon show. The exterior of the van was adorned with a psychedelic paint scheme, along with a large sign along the upper rear quarters of the van that indicated it was indeed a mystery van. 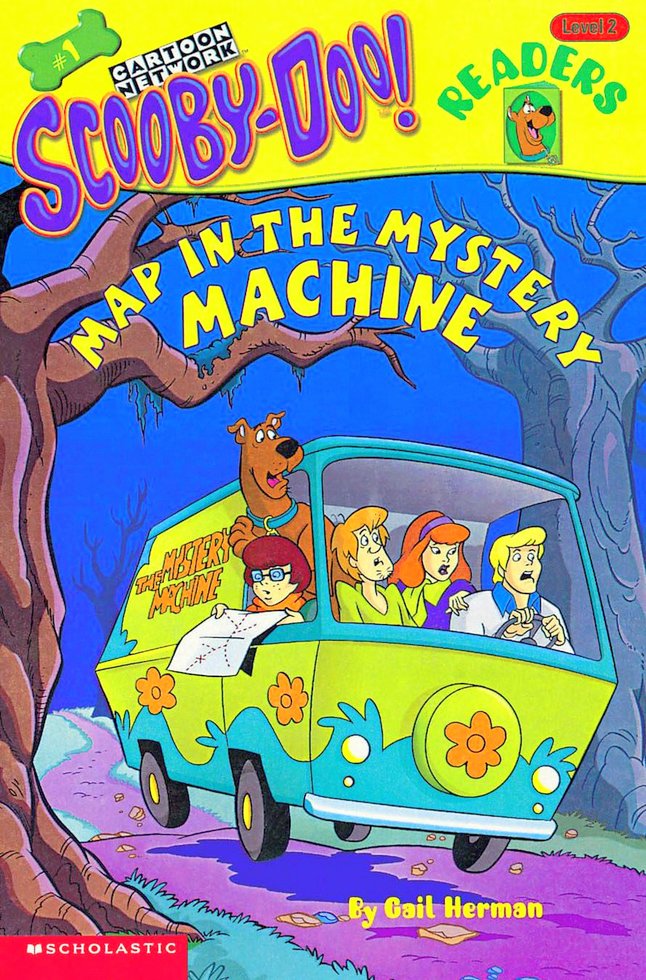 The Scooby Doo van transported the “gang” to a weekly misadventure and was a reliable way for them hit the road to encounter a host of fraudulent ghosts that scared the hell out of the dog and had the same effect on the cowardly hippy in the show. 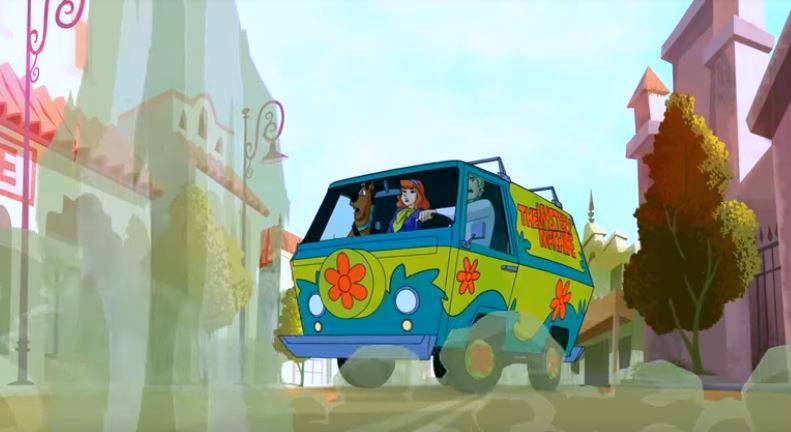 The Mystery Van was also a mystery to car guys because it appeared to be the love child of a Volkswagen bus and a 1960s-era GM van romantic encounter. The spare tire was mounted on the front end of the van and most car guys would notice this VW bus feature, while the basic shape of the front headlights also indicated a Volkswagen bus heritage. 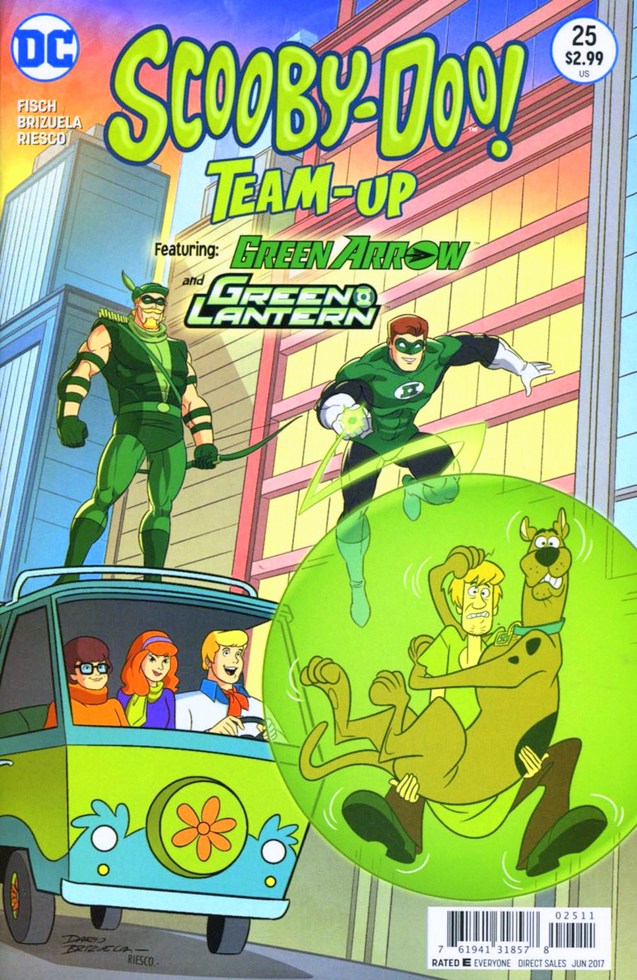 The fly in the ointment would be the rest of the van’s style because it resembles a GM van. The creators behind the Scooby Doo cartoon paid plenty of attention to a 1960s van, but they did not zero in on a particular brand when they designed the Mystery Van.

Nevertheless, the Mystery Van is a very cool example of a retro cartoon ride.

Another example of a bygone era in cartoon show wheels did not even have wheels. The hover car driven by George Jetson was flying high in the friendly skies of a space age future where everyone had a fast commuter vehicle like Jetson’s. 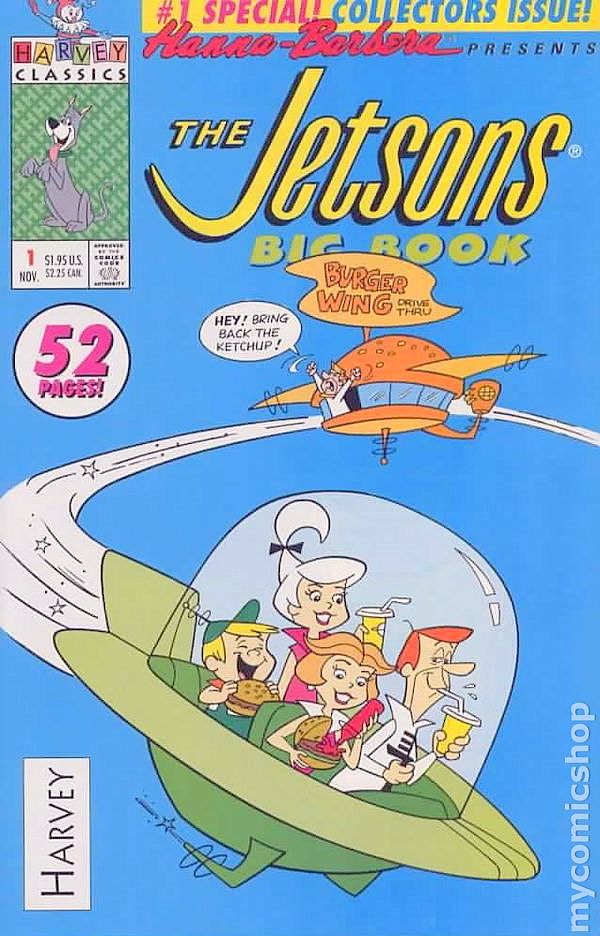 His car had all of the style predicted by 1960s editions of magazines like Popular Science where these future rides were destined to be a common sight in the 21st century. 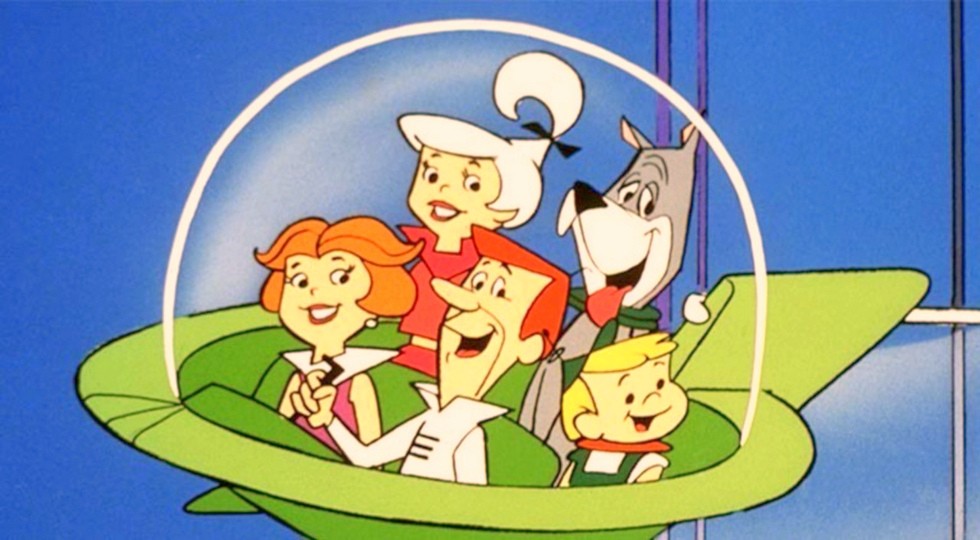 George Jetson’s car has not yet debuted almost 20 years into the 21st century, but this cartoon from almost 60 years ago had plenty of hover cars during its brief TV run in 1963 and ’63. We at MyStar are still waiting for the real thing when it comes to extra-terrestrial cars because George’s cartoon version was so cool. 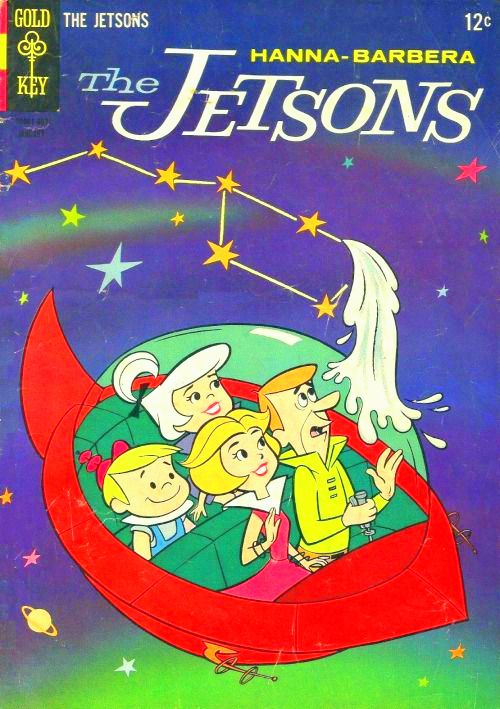 The last retro ride example from Cartoon World is definitely a favorite here at MyStarCollectorCar: Fred’s pre-historic car from ‘The Flintstones’. Fred’s car was actually state-of-the-art in terms of green energy choices because it was allegedly propelled down the street “through the courtesy of Fred’s two feet”. 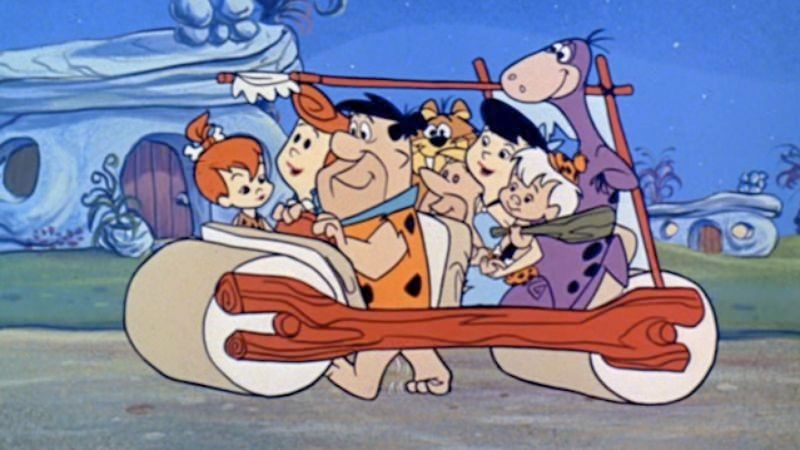 Most TV viewers were unconcerned with the tree-hugging factor with Fred’s car-particularly when they witnessed him at a prehistoric gas station pumping fuel (via wooly mammoth gas pumps) into the same car. They simply wanted to see the coolest cartoon car in animation history. 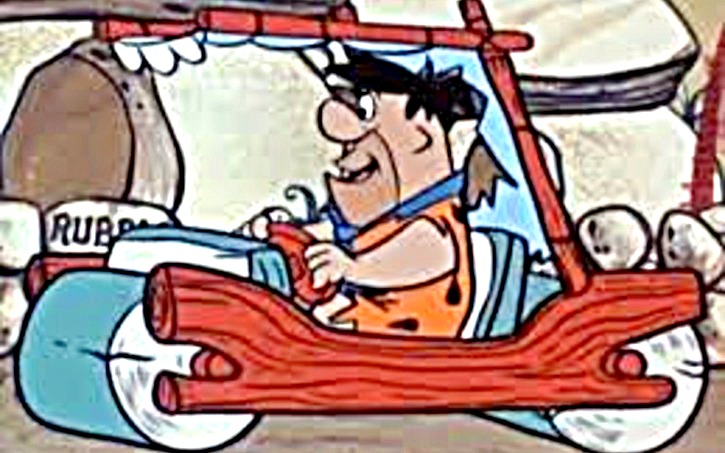 MyStarCollectorCar wishes to extend all due respect to the aforementioned rides, along with Homer’s car in ‘The Simpsons’, even though Homer’s famous dent-ridden cartoon car is still on TV. 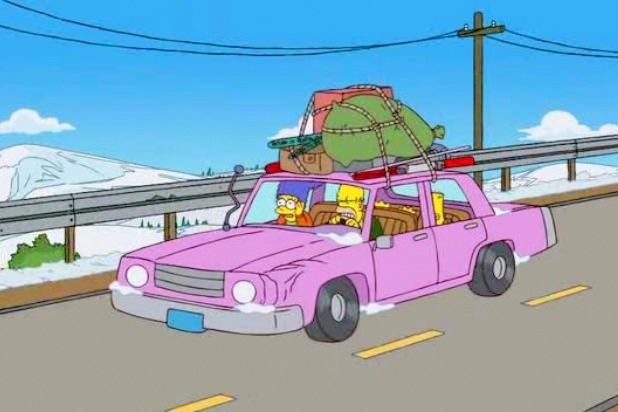 No, it’s Fred’s car by a pre-historic mile for us here at MyStarCollectorCar because there is nothing cooler than his car.

AUGUST 17 MYSTARCOLLECTORCAR FEATURE FRIDAY: RAMBLER IS NOT A FOUR LETTER...

MYSTARCOLLECTORCAR EXPLAINS WHY THE FORD GT40 BECAME A MOVIE STAR