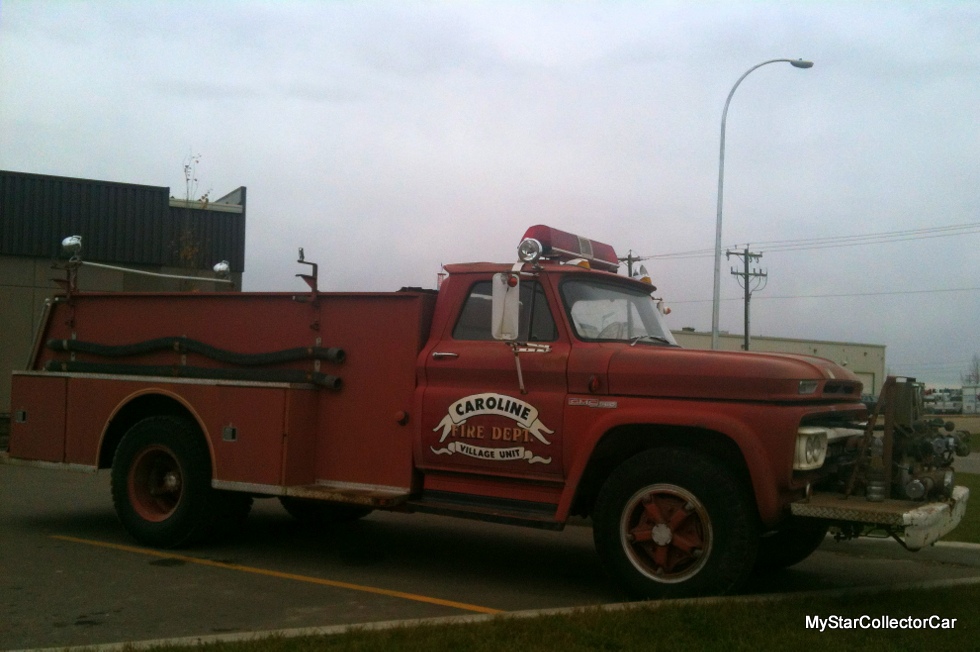 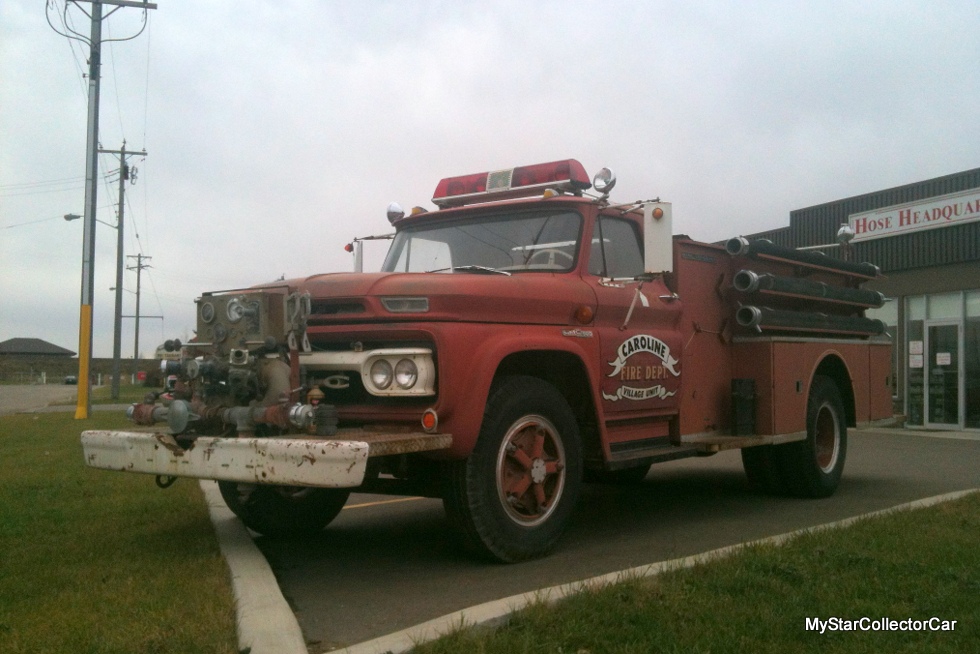 There is one way to guarantee attention at any car show and it has nothing to do with a Corvette, Mustang or Hemi Mopar.

‘There is nothing more visual than a giant red truck with flashing lights, a loud siren and a payload of emergency equipment—these trucks satisfy every childhood dream for every kid who found a toy fire truck under the Christmas.’

Gary Davis was one of those kids who never lost his childhood  enthusiasm for fire trucks because in his own words, “they’re pretty cool”. His son Andrew explained how Gary spotted a ’65 GMC 960 King-Seagrave fire truck in an online ad and he jumped on the chance to buy what he called “a big lawn ornament” plus he liked the fact that it was a “local truck too”. King-Seagrave was a big chapter in Canadian fire- fighting equipment so this truck had some serious history behind it. 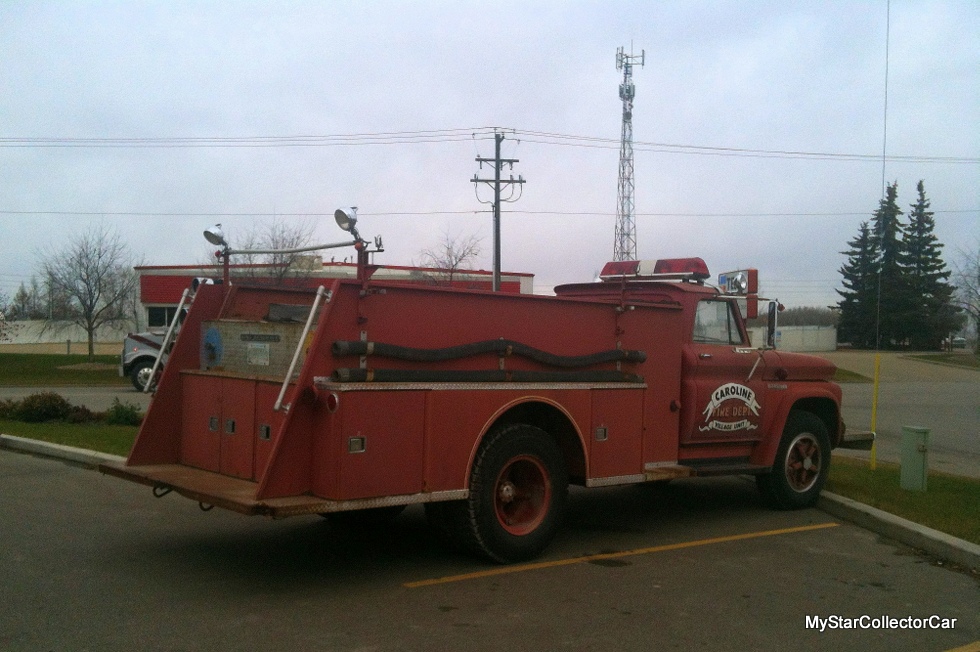 The ’65 GMC was with the Caroline, Alberta fire department—Caroline is a village so the truck didn’t see a lot of action and that kept its mileage down to a documented 10,000 miles over its 50-year career. This is truly a great example of a large scale survivor vehicle. 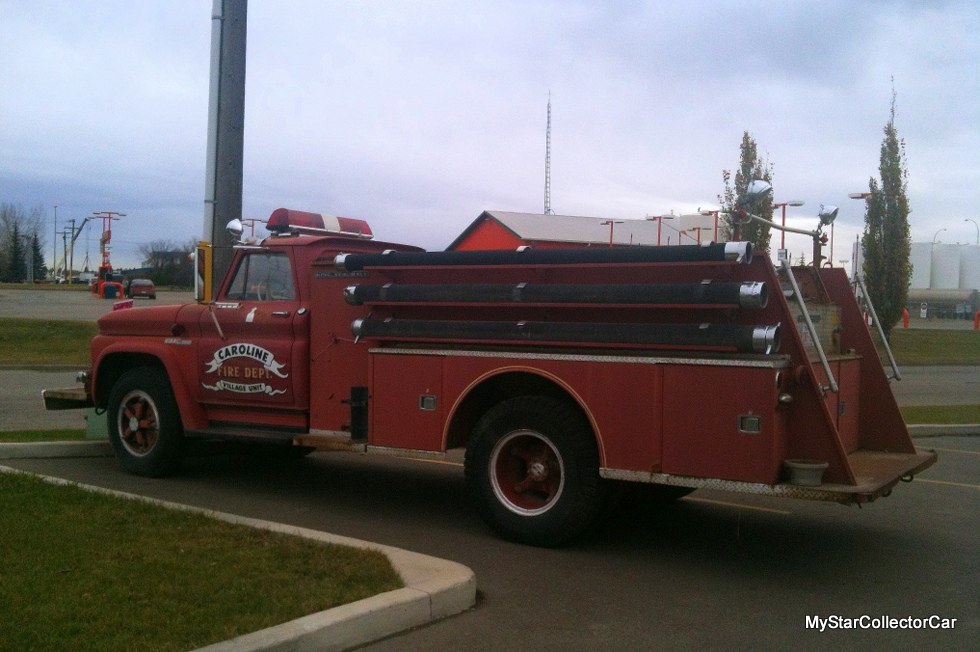 Andrew saw some serious future possibilities for this old truck so his first mission was to get it running. The Davis family is well known in the local drag racing scene so the wrenching part comes naturally to Andrew. The difference is he’s used to driving and working on vehicles that crack some serious ETs at the track.

He had the 327 4-speed power train running in no time but the brakes proved to be a bit more of a challenge. Andrew said it “has the go but not so much stop yet”.  This truck has an air assist vacuum unit under the seat so the air bleeding is more complicated than a ’65 GMC pickup.He wants to get it up to roadworthy status by spring. 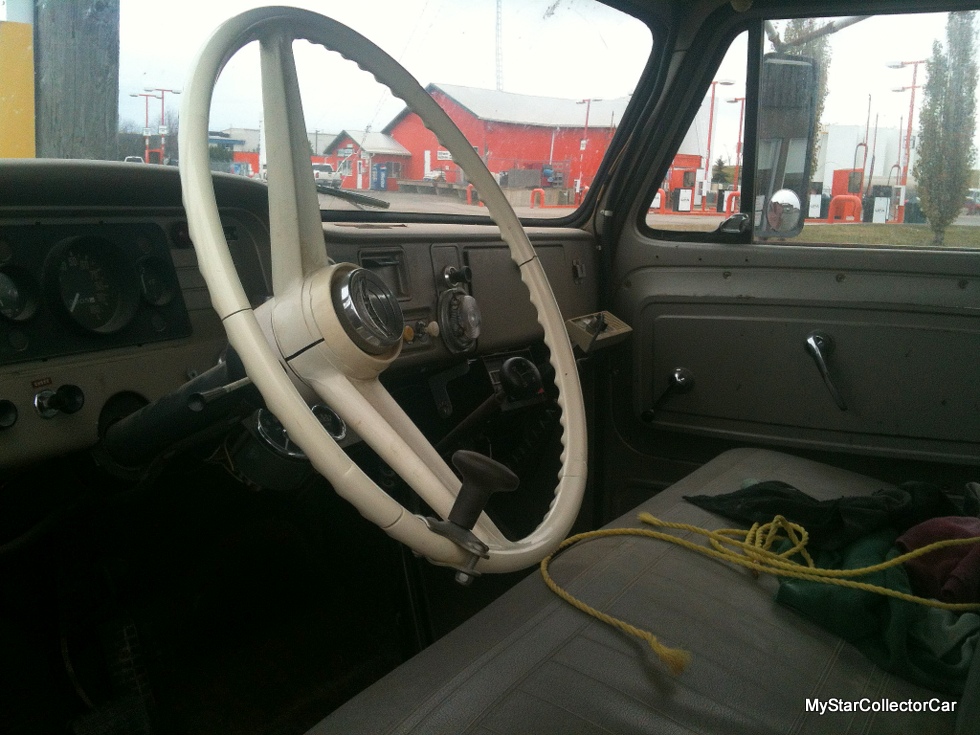 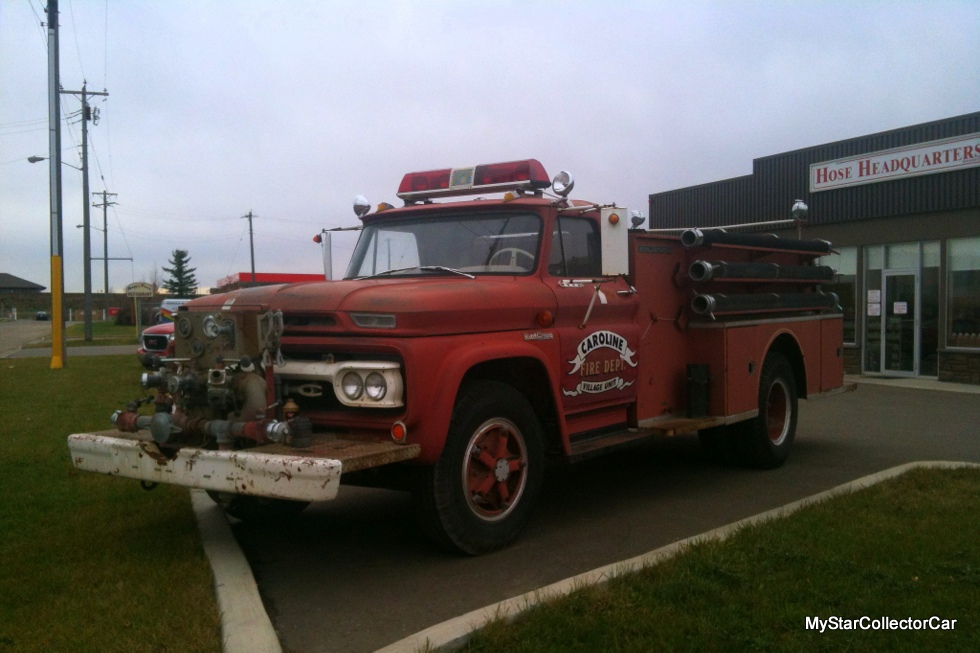 The emergency lights and siren all work on this unit but Andrew is in the hunt for an older version of the pneumatic siren and period correct lights that came that came with this 51-year-old truck because now it has an electronic siren. They want to replicate what bystanders heard when this truck was on the job. 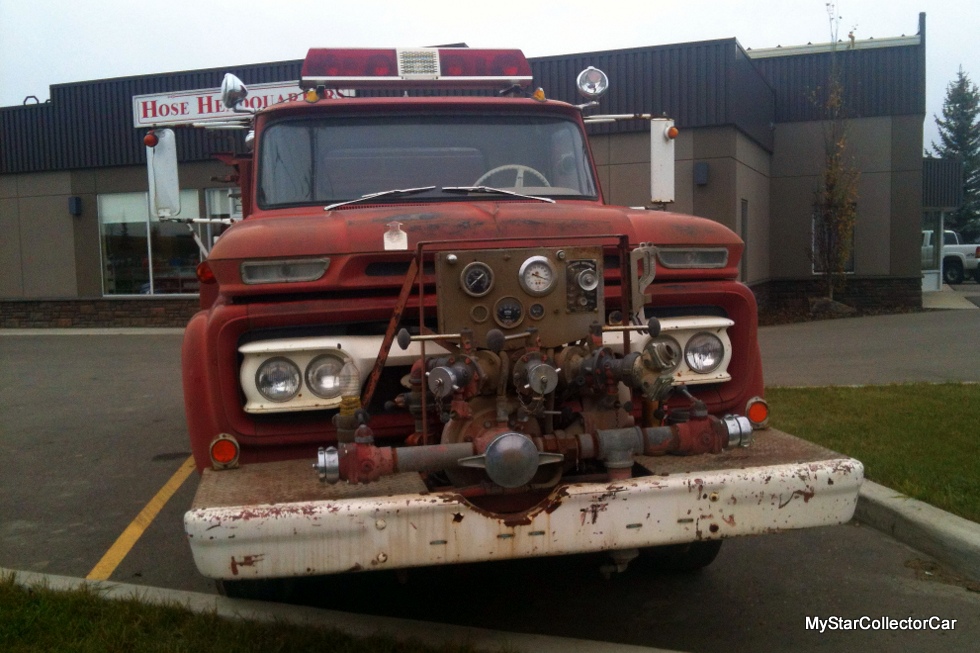 The Davis family owns a company called Hose Headquarters so this old fire truck may be the most aptly named promotional vehicle in the history of promotional vehicles. Andrew explained how they want to take it to a few shows for the PR value and possibly enter it in the odd parade. There is little doubt Gary’s desire to own a very cool, full-sized version of a dream ride for a 6-year-old kid from back in the 60s wasn’t motivated by business—it just turned out that way. 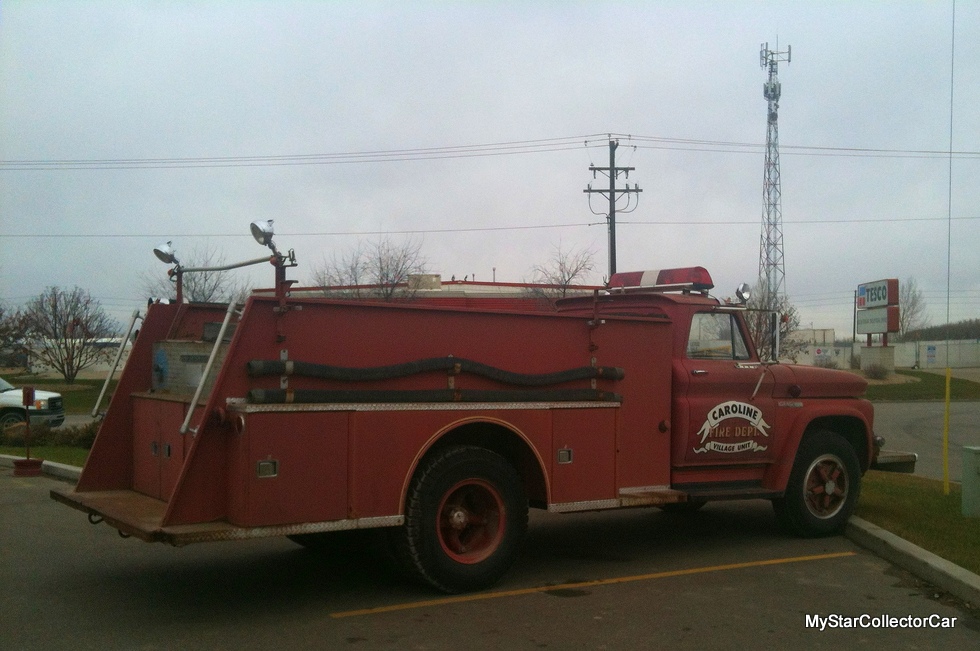 Call it the perfect company vehicle.