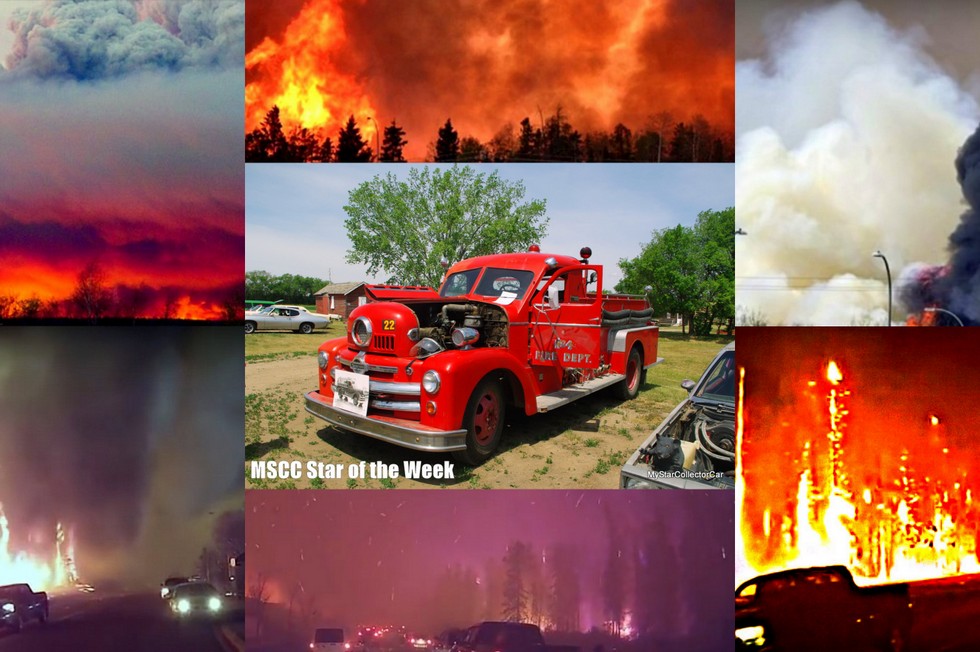 MSCC MAY 14 STAR OF THE WEEK: 1953 BICKLE SEAGRAVE FIRE TRUCK—IT WAS THE RIGHT CHOICE

The MSCC Star of the Week is always based on some kind of back story.

‘The last few weeks have been one massive back story in Fort McMurray, Alberta, Canada because this city of over 80,000 people has been under siege since May 3, 2016 and firefighters are the only reason it’s still around.’

These firefighters put in superhuman efforts to minimize the damage from the aptly-named “monster” to save a large percentage of Fort McMurray.

This MSCC Star of the Week is a 1953 Bickle Seagrave fire truck—it was the right choice. 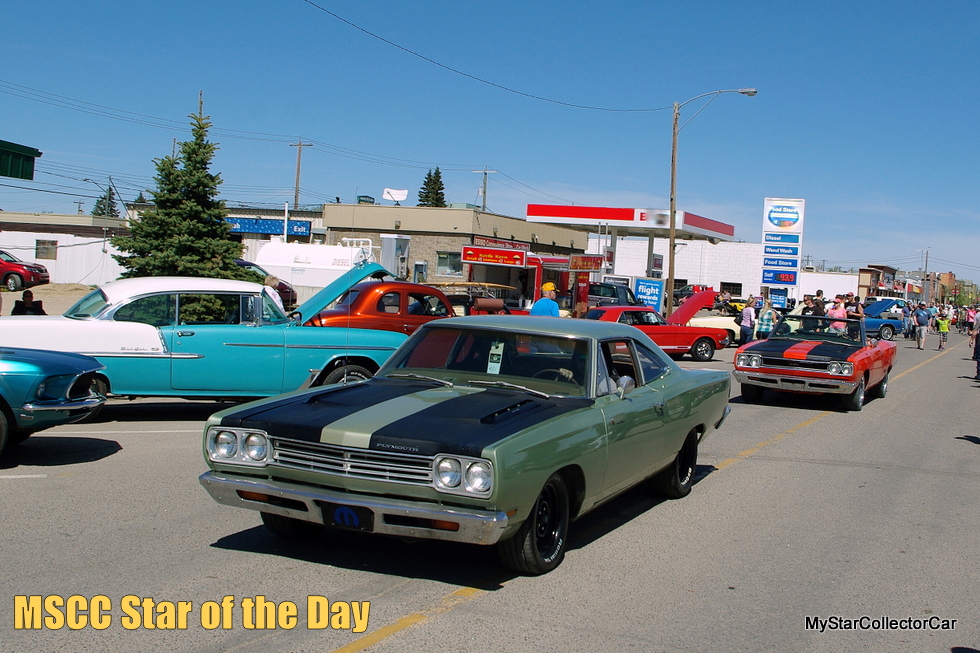 MSCC MAY 14 STAR OF THE DAY: ’69 ROAD RUNNER AND A ’69 GTX CONVERTIBLE—THIS IS HOW YOU EXIT IN STYLE

The B-body Mopars debuted in 1962 but in 1968 they rocketed into the stratosphere with two names—Road Runner and Charger.

‘B-bodies were functional, well-engineered cars and the big block 413/426 wedge and 426 Hemi turned these Clark Kents into Superman with a very bad attitude but for better or worse, these cars never won any points for style until ‘68.’

The Charger set the world aflame and the Road Runner won the war in Detroit for affordable muscle back in ’68 and they took it up a notch in ‘69.

This MSCC Star of the Day is a lesson in how you exit in style—in a ’69 Road Runner and a ’69 GTX convertible. 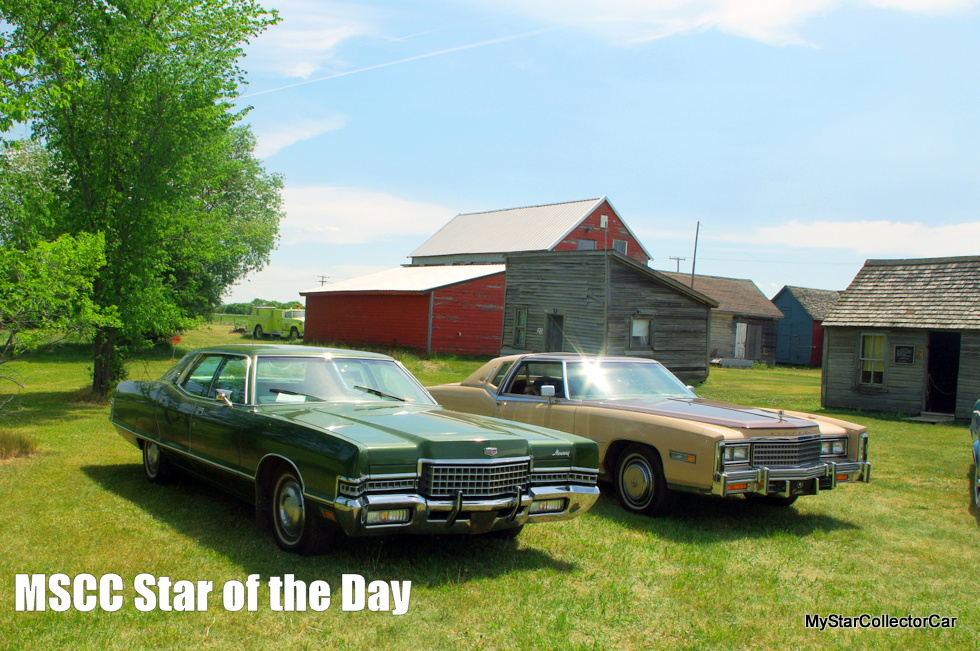 MSCC MAY 13 STAR OF THE DAY: THE LAST DAYS OF MASSIVE IRON—THIS IS WHY THE 70S WERE SO COOL

Make no mistake about it—the 1970s had a lot of strikes against it.

The music got pretty bland as the decade wore on plus disco reared its ugly head plus cars had the life sucked out of them via heavy-handed smog and bumper laws but they still had style.

‘Unfortunately 1970s cars were the whipping boys of the car hobby so they paid a huge price in popularity—demolition derbies and crushers were typical endings for these unloved rides.’

There’s been an uptick in love for 70s iron and this MSCC Star of the Day picture from a 2015 show shows why the 1970s were actually pretty cool. 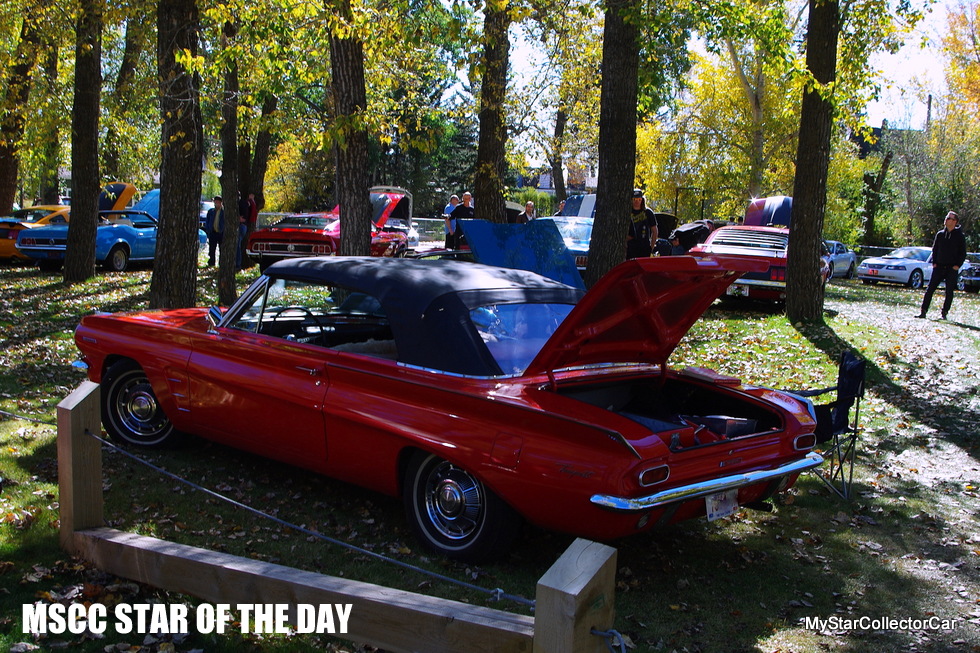 The early 60s were a transition period in the car industry.

‘The 1950s were in the rear view mirror and Detroit started to envision a new era with smaller cars and a lot less chrome thanks to the success of the upstart VW Beetle.’

This transition definitely didn’t happen overnight but the little Beetle was the reason cars like the Ford Falcon, Dodge Dart and Chevy Corvair hit the showrooms in North America.

This MSCC Star of the Day ’62 Pontiac Le Mans was Poncho’s answer to the debut of the Kennedy era small car. 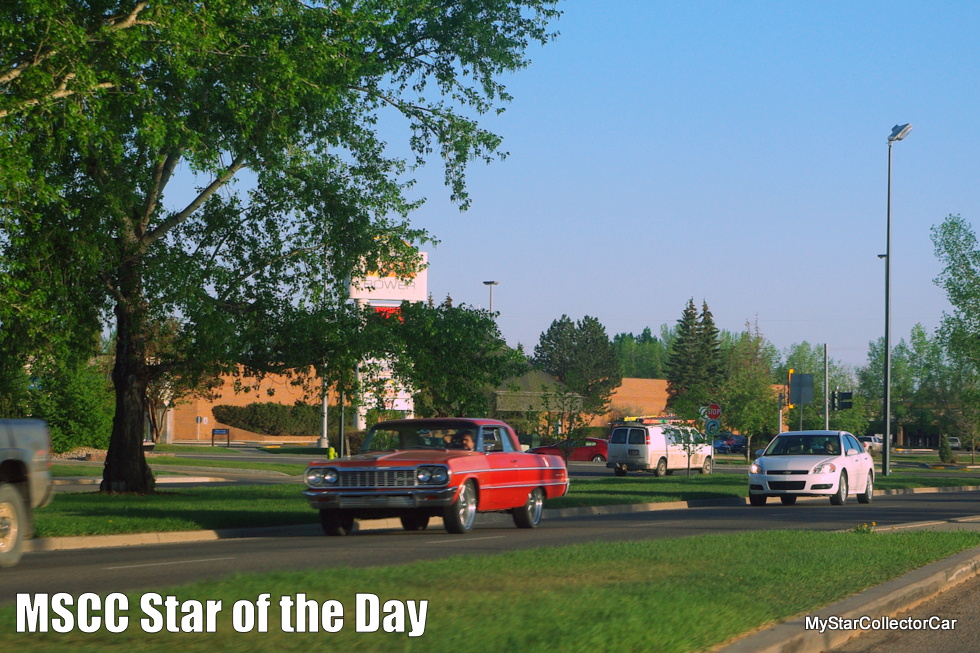 MSCC MAY 11 STAR OF THE DAY: A WARM SPRING NIGHT AND A ’64 IMPALA—SOME GUYS GET ALL THE MAGIC MOMENTS

Cars can merely be a functional part of your daily routine or they can be a magical moment.

‘The experience differs significantly from one person to another but clearly a soccer mom hauling 3 toddlers around in a Subaru Forester on her way to Walmart isn’t having a magical moment by even the loosest definition of the concept.’

Car guys have a magic moment every time they turn the key in a classic piece of iron.

This MSCC Star of the Day ’64 Chevy Impala out last week on a warm spring night is a case study of how some guys get all the magic moments. 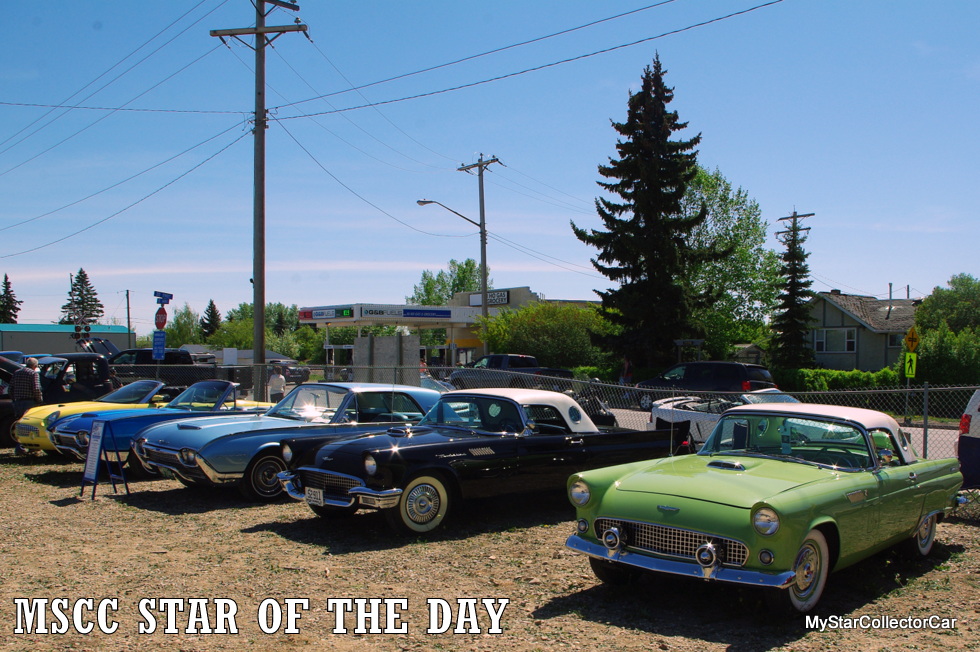 MSCC MAY 10 STAR OF THE DAY: FIRST TO LAST GENERATION OF THE THUNDERBIRD IN ONE PICTURE

The Ford Thunderbird debuted in the 1955 model year but production began in September 1954.

Many people regard the 1st Generation (’55-57) as the classic era but there were many versions of the Thunderbird.

The MSCC Star of the Day is this herd of T-birds at a weekend show because it encompassed the first to last generation in one picture. 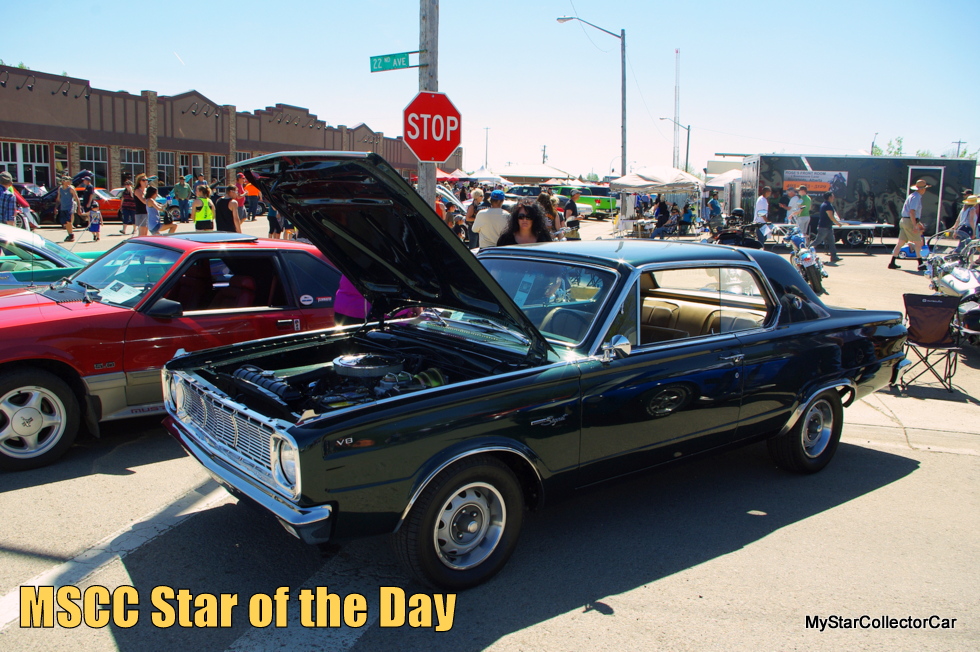 MSCC MAY 9 STAR OF THE DAY: ‘66 VALIANT SIGNET—A DART BY ANY OTHER NAME IN CANADA

There has always been a little cross border rivalry between the United States and Canada.

The competition extended into a bit of a skirmish known as the War of 1812 when the then British colony decided to duke it out with the newly-minted country known as the United States.

‘The rivalry extended into the auto industry and it made for some interesting car models over the years because you could buy cars like a Pontiac Parisienne or Ford Frontenac in Canada but not the US.’

This MSCC Star of the Day ’66 Valiant  Signet may look like an American Dodge Dart but this is what a Valiant looked like in Canada that year—a Dart by any other name.