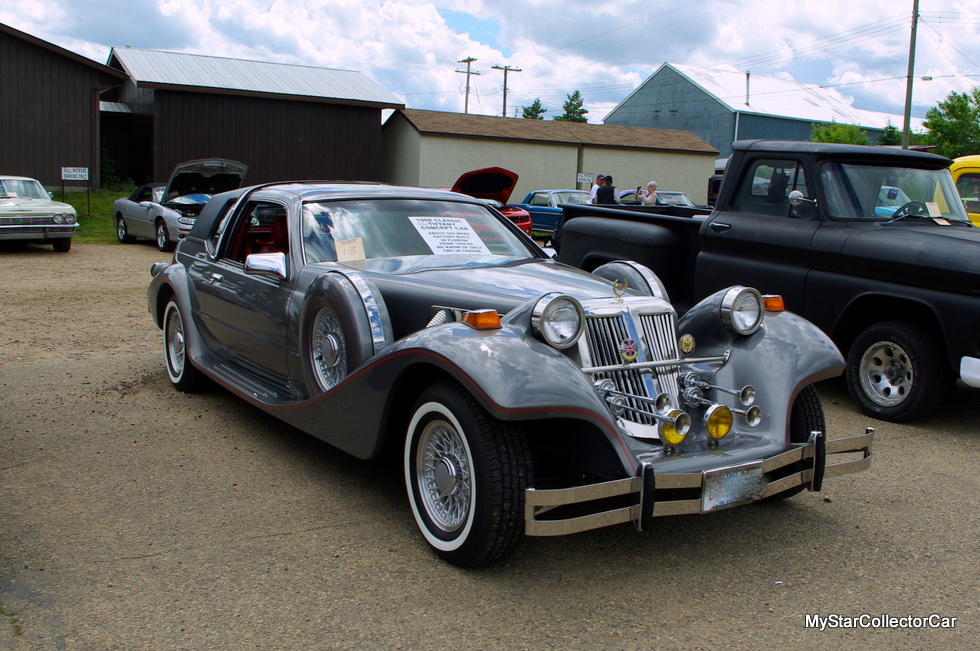 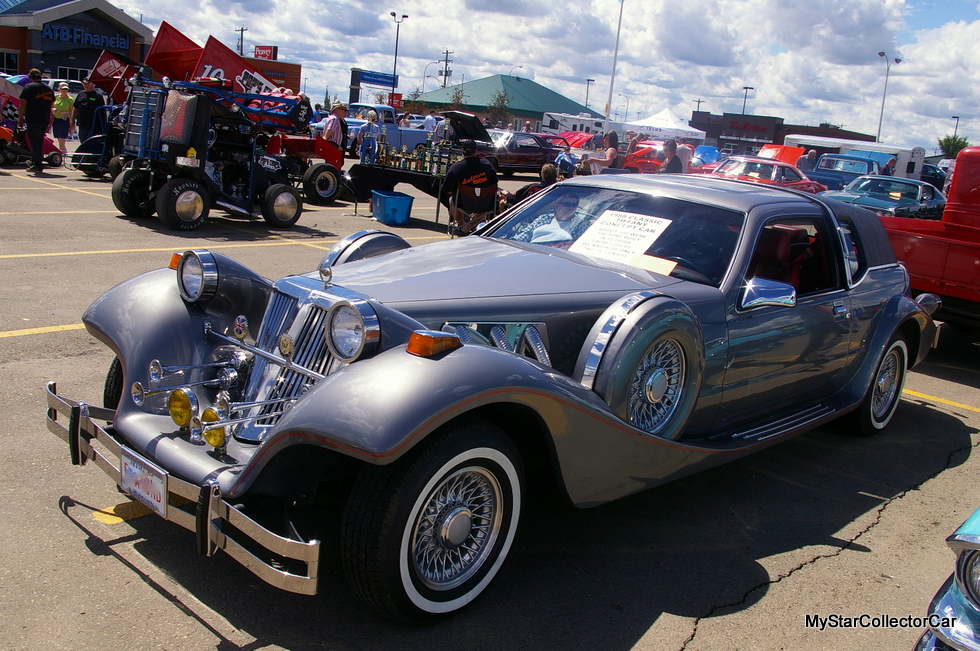 We were at a small town car show when we spotted an unusual car in the midst of the entries.

The car in question was a 1988 Classic Tiffany and it brought a sense of Hollywood flair to a small prairie town.

‘The Classic Tiffany was a limited production car that was built by the now-defunct Classic Motor Carriages during the 1980s, a decade known for its consumer excess.’

The Classic Tiffany was a good fit with the 80s for this reason because this car is outlandishly elegant and draws a crowd whenever it is on the road.

The car bears a throwback style that was last seen in top end luxury automobiles from the pre- WW II era, with a hint of Rolls Royce looks thrown into the mix. It has all the luxury whistles and buzzers with an overall power-everything philosophy built into the car during production. 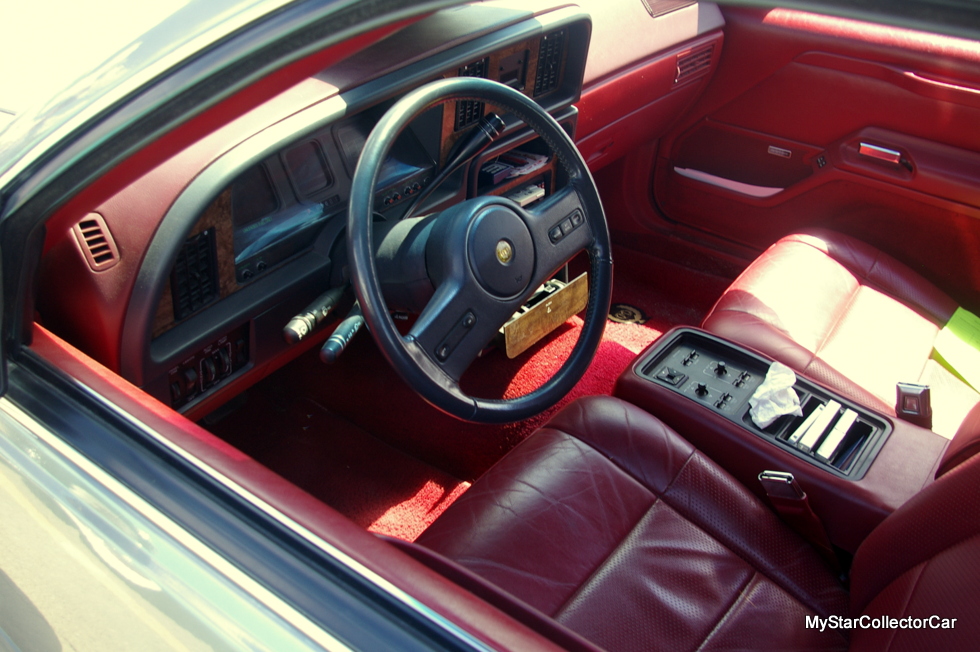 Owners Bob and Lil Hyndman purchased the car in the fall of 2014 during a period when Bob weighed the Tiffany purchase against custom-building a similar vehicle. Bob is a retired military mechanic who had the right skills to tackle a custom build, but he is also a practical man who knew the Tiffany was ready for the road and answered all his needs for style and function. 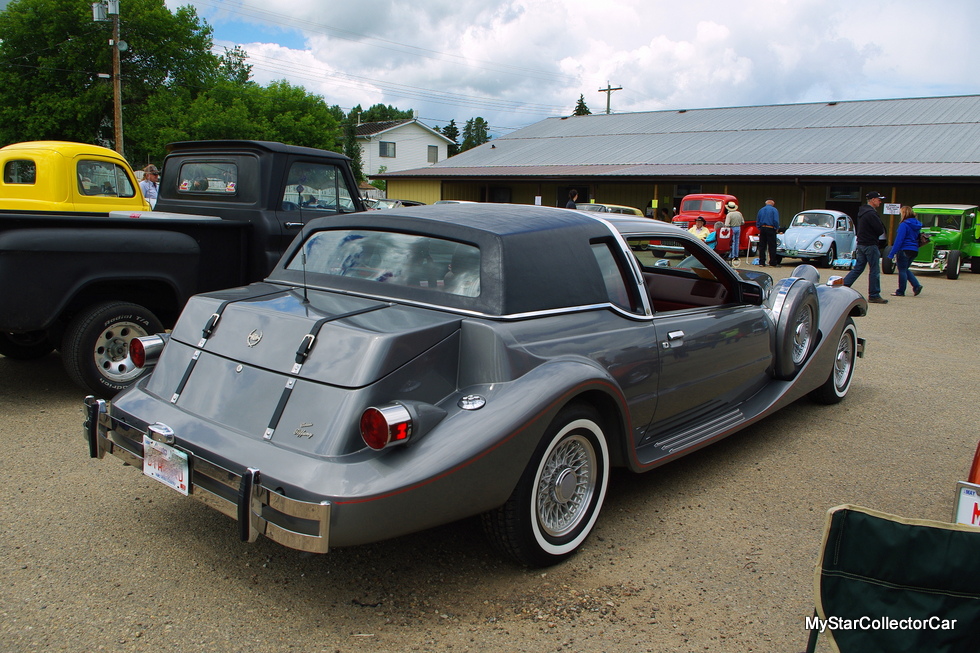 The car is built on a 1988 Mercury Cougar platform and Bob told us only 500 were built during their production run. Details about the production numbers are a little sketchy because the builder had a few financial/legal issues after the last Tiffany was built in the late 80s. 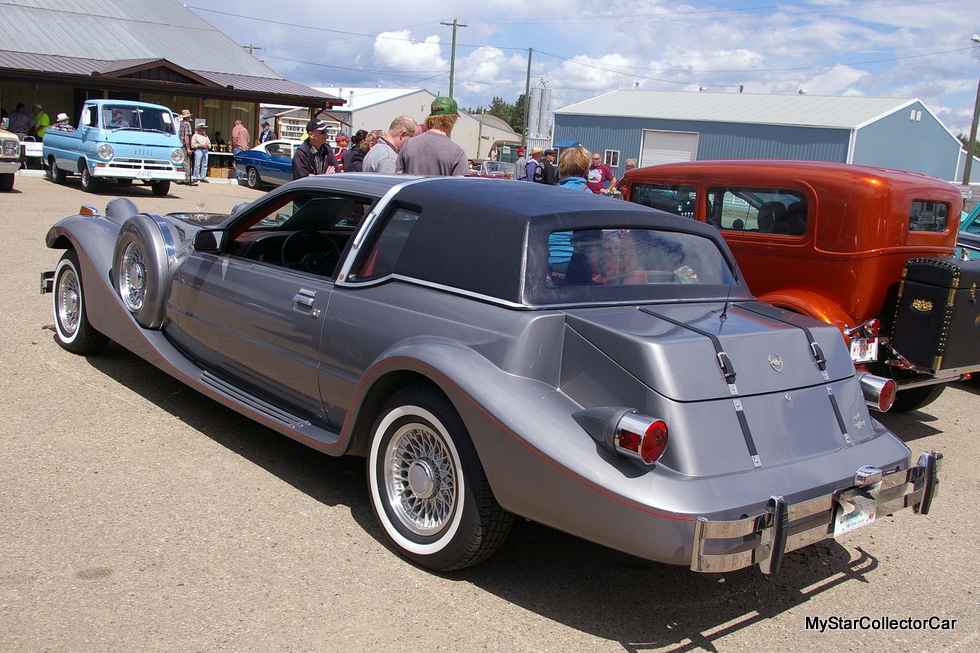 Even the car’s name (Classic Tiffany) was designed to avoid litigation with the famous upscale Tiffany’s brand, although the Classic Tiffany’s retail price would have fit right into the lavish budget of a typical Tiffany’s high end customer. 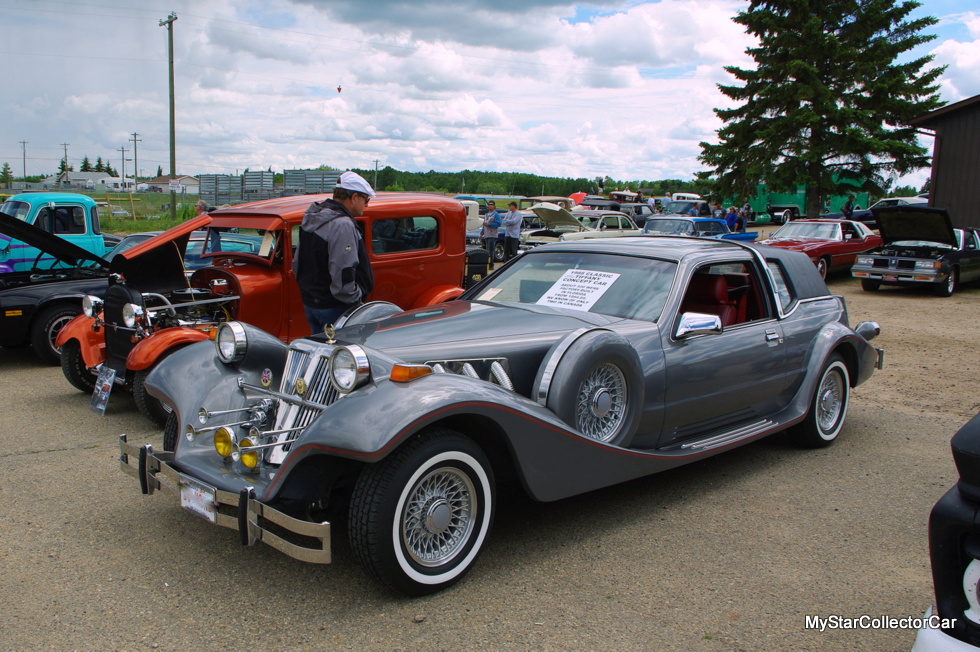 Classic Tiffanys have fiberglass bodies that have been sculpted into one of the most eye-catching cars ever built for the road. Bob and Lil’s Tiffany has a 145 inch wheelbase and runs down the highway with the famous Ford 302 linked to a Ford automatic transmission. The long wheelbase on the Classic Tiffany means the car rides “like a big Lincoln” in Bob’s words. 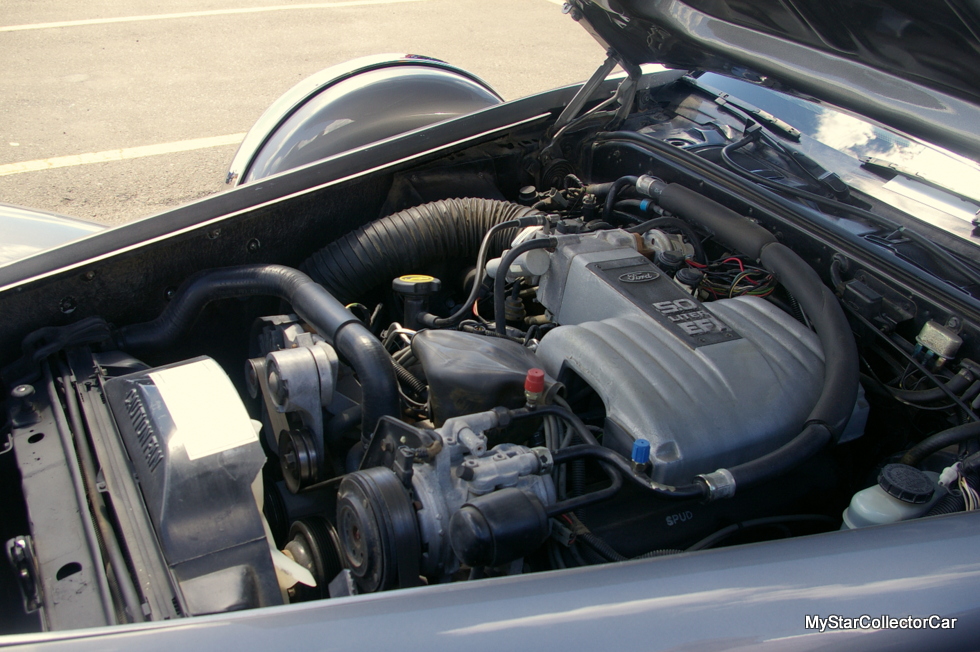 Bob told us his Classic Tiffany will run down the road at a steady and comfortable pace with modern highway traffic. We ran into the car at numerous shows during the past car show season and will confirm that Bob and Lil do indeed use their unique ride to full advantage.

Bob’s car has US and Great Britain badges on it because it was used as a show car at events in both countries in 1988, according to Bob. He has gotten used to answering many questions from curious onlookers who have never seen or heard of a Classic Tiffany before they encountered this one. 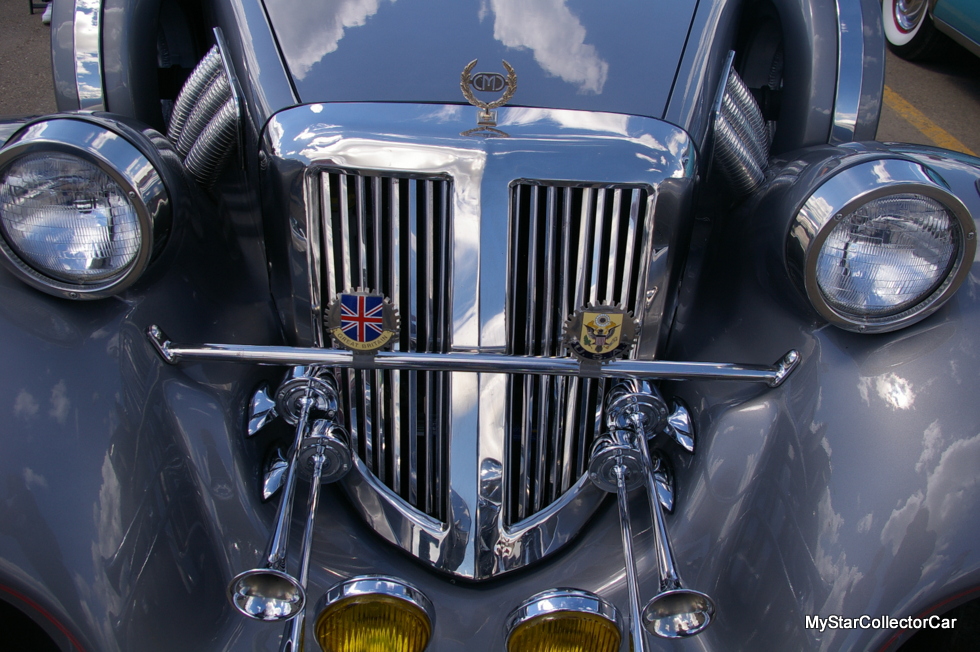 We at MSCC were among the ignorant masses when it came to his stylish ride from the 80s until we met Bob and Lil.

Thanks to both of them for the automotive history lesson about one of the most interesting rides from the 1980s.