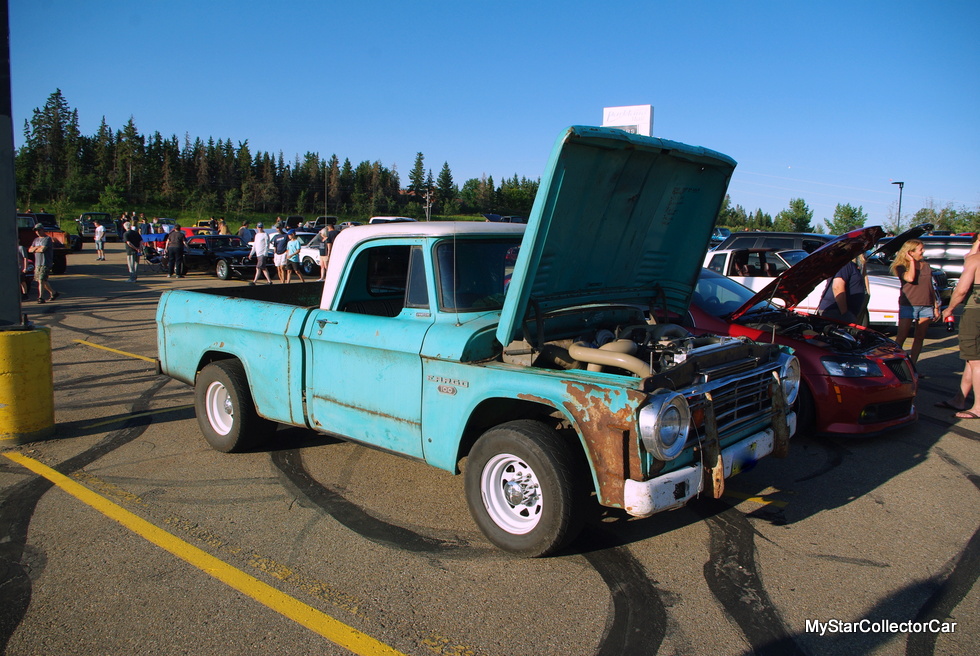 Thomas Miko is a young guy with an enormous amount of talent.

He is a journeyman heavy duty mechanic by trade so it should come as no surprise that he was able to wedge a large Cummins diesel engine into a 1967 Fargo pickup truck.

Fargo trucks were familiar vehicles for Canadian truck buyers because they was sold by Plymouth dealers in Canada and bore an intentionally striking resemblance to the Dodge pickups. 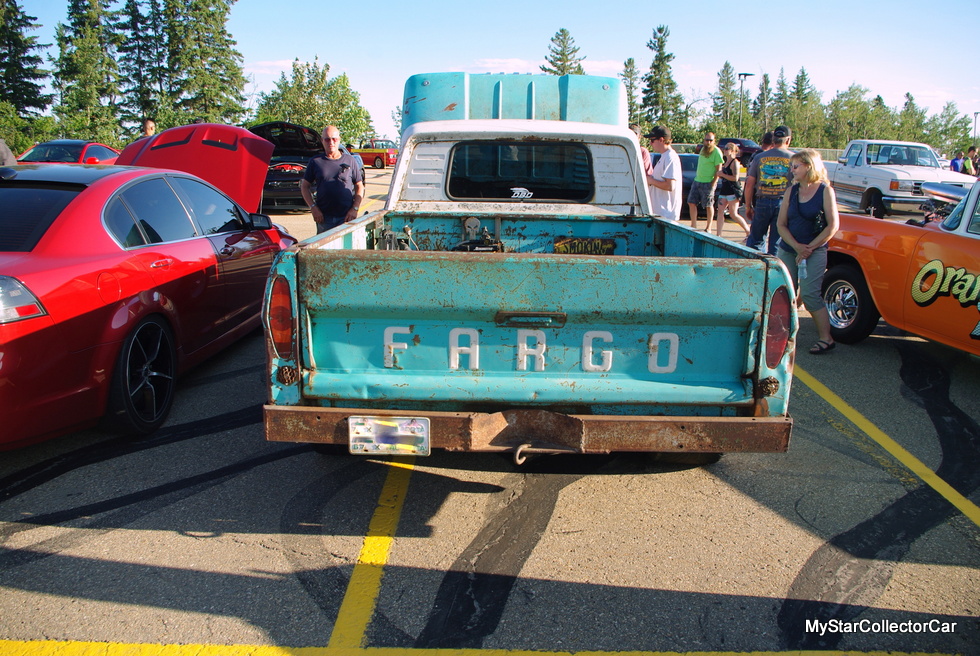 Thomas was aware of a 1967 Fargo that had been retired from the road in 1974 and he became its second owner in 2017. The truck had been used up on a farm by its former owner and needed a big boost to bring it back on the road. 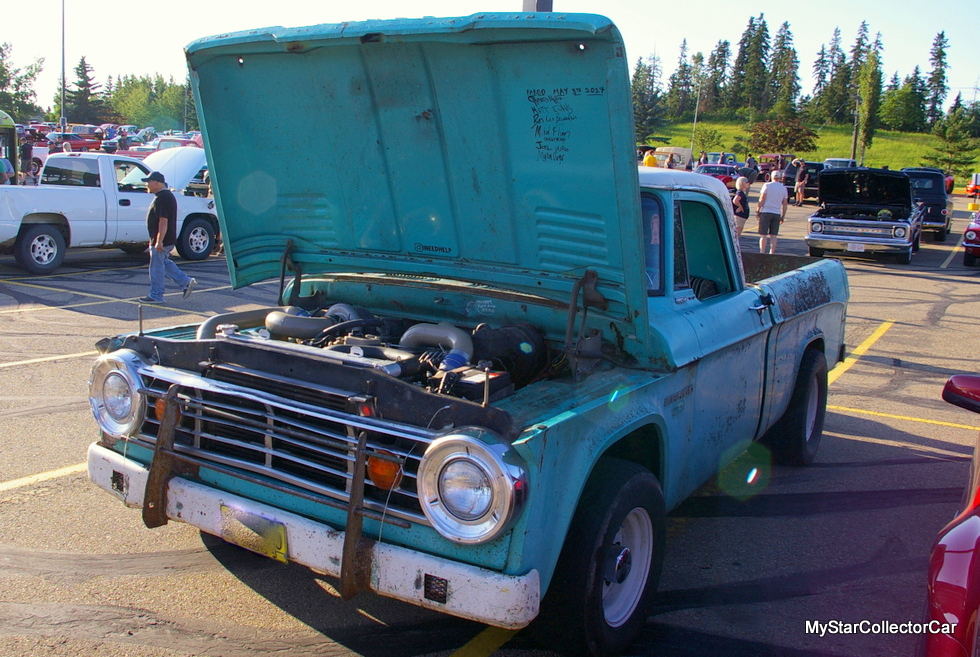 Thomas decided to blend the Fargo’s old school Sweptline body style with a 1989 Dodge truck chassis and a Cummins diesel engine. The result was s series of mechanical misadventures that tested the components to the max during the shakedown period. 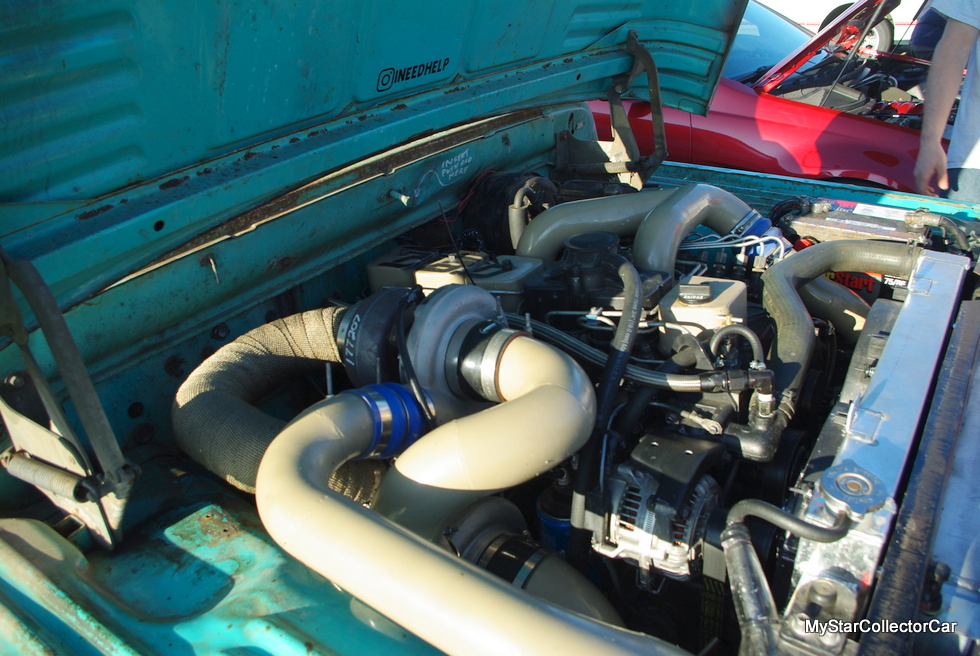 An early casualty was the Fargo’s original automatic transmission because of the massive torque produced by the newer diesel engine. Incidentally, Thomas was able to move the firewall back on the Fargo so a Cummins would fit under its hood–without even removing the front clip along the way. 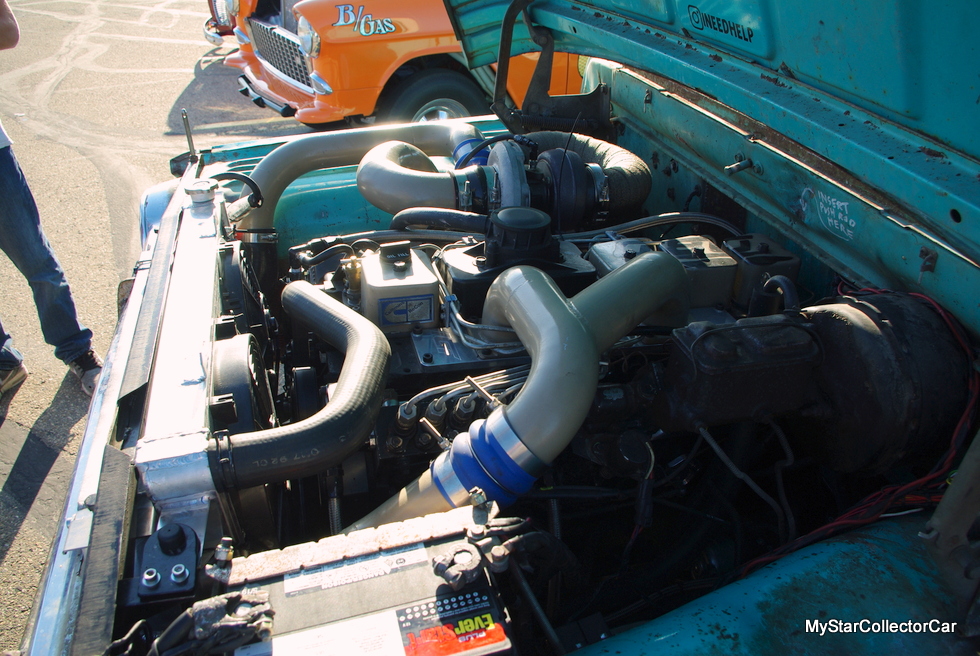 He also cut the box on the truck so he could transform his Fargo into a short box. He located an auxiliary transmission cooler into the truck bed, along with bed wood donated by an old barn. 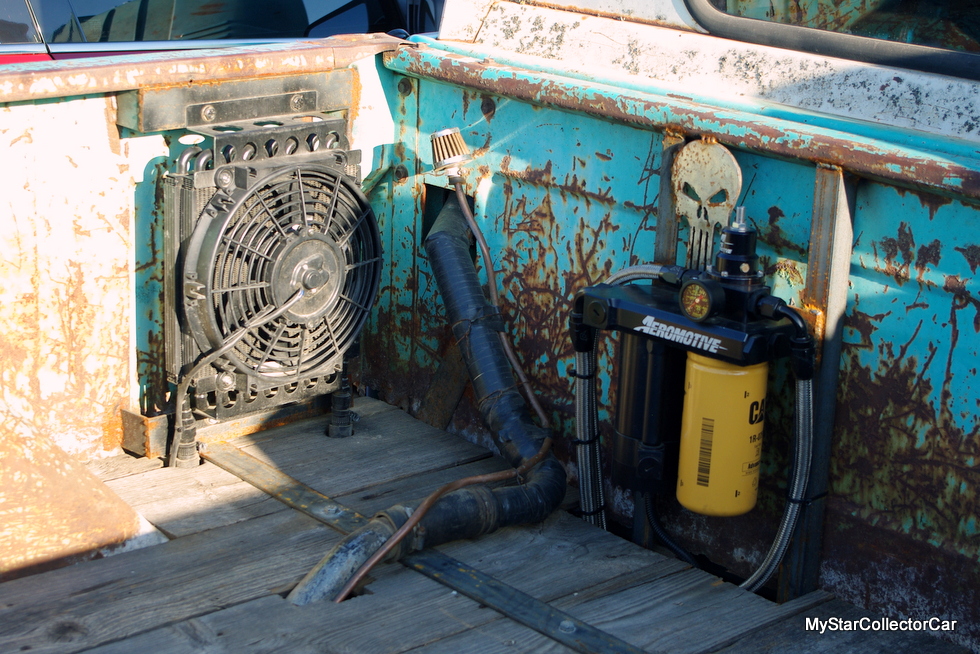 Thomas liked the unrestored look of his truck and wanted to keep the plants growing on the sides because they were part of its lengthy storage on a rural property. He discourages people from rubbing the plants off his Fargo and noted they will turn green if they are provided with water. 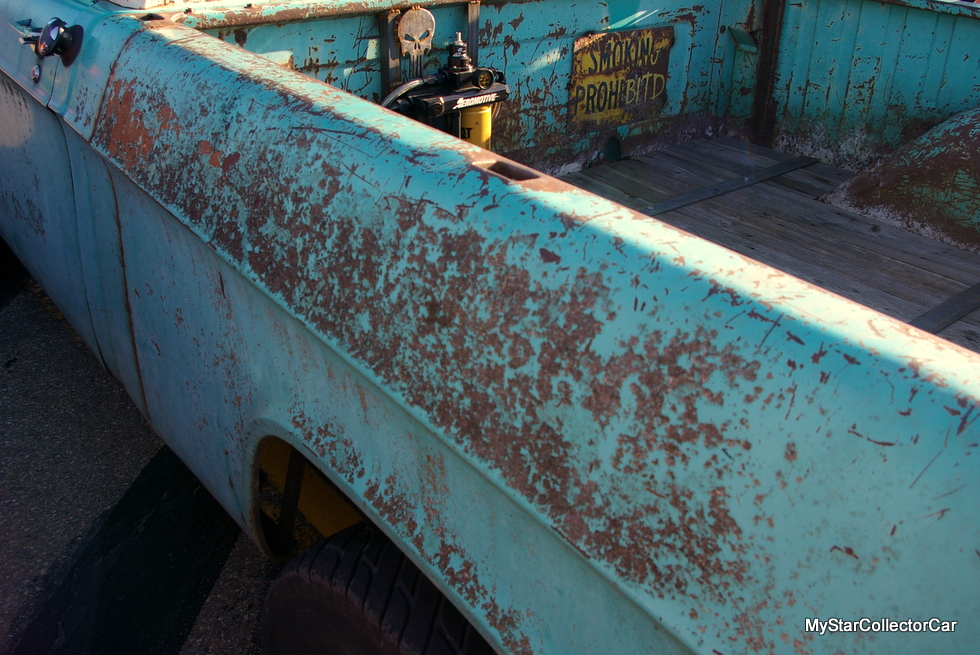 The Fargo now has an even more monstrous 1993 Cummins diesel with an intercooler boost that required some mods on the front end of the truck to provide access to the outside air. It will go about “100 million miles an hour”, according to Thomas. 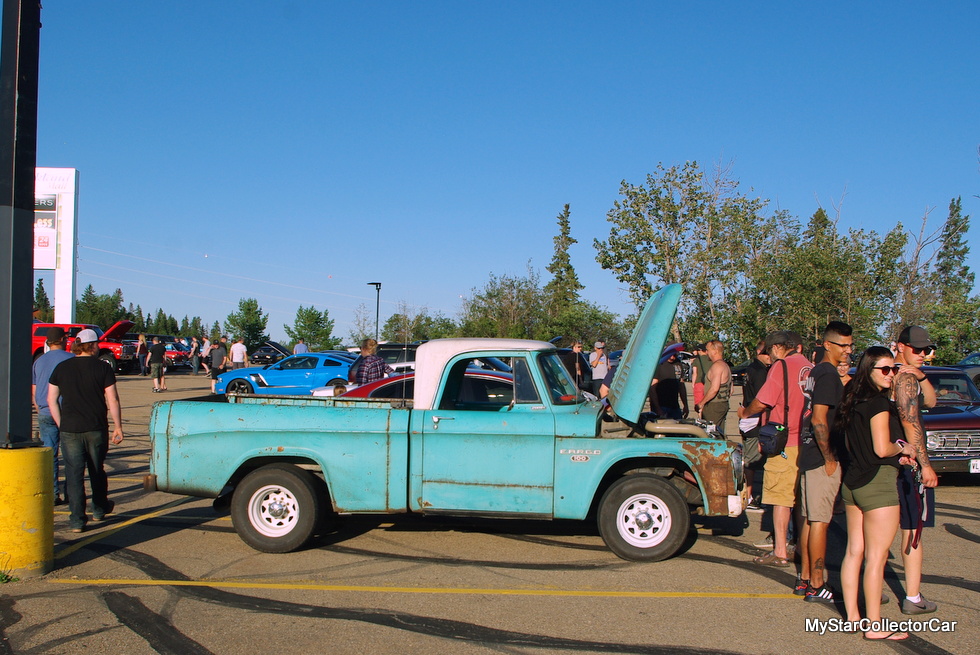 As mentioned, Thomas wanted to preserve as much of the originality of the Fargo as possible during its massive transformation so he kept the factory look in the cab. The truck has its original instrument panel, along with extra gauges to measure the vital signs on the newer powertrain. 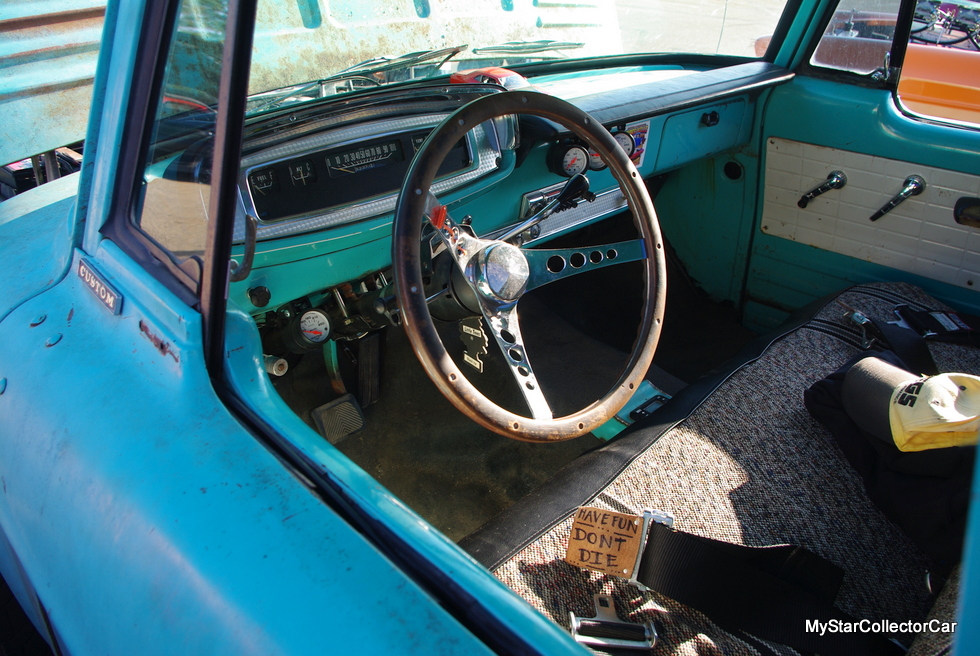 The Fargo’s original radio is still in its dash and Thomas has hidden his newer sound system under the bench seat. He added a more powerful in-dash speaker that fits right into the factory radio speaker’s place and included other auxiliary speakers that did not require carving into the cab interior. 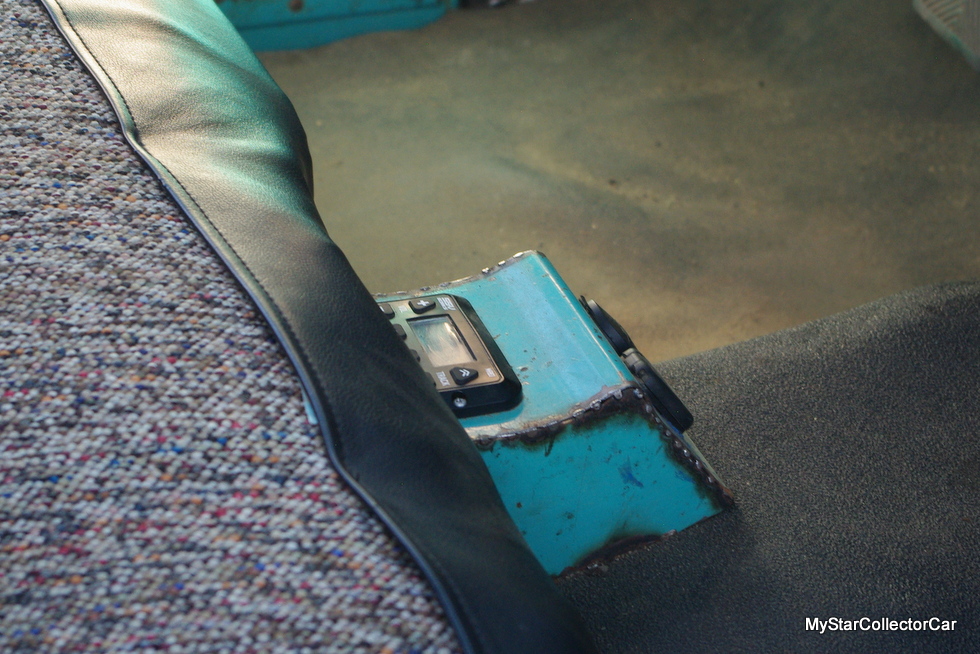 Thomas was heavily involved in the Fargo project but he wanted to acknowledge everybody who also played a role in its resurrection. The list of people is under the hood of the truck and it includes friends and relatives. 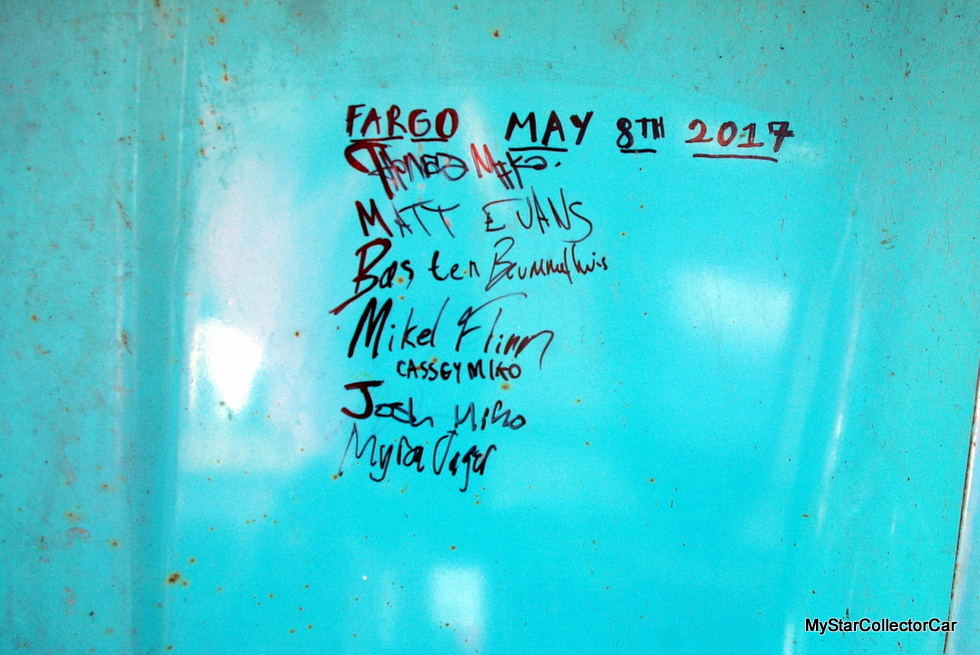 Thomas mentioned his former boss will also be included on the hood list in the future because he was generous with both his shop and talents during the Fargo’s transformation into beast mode. 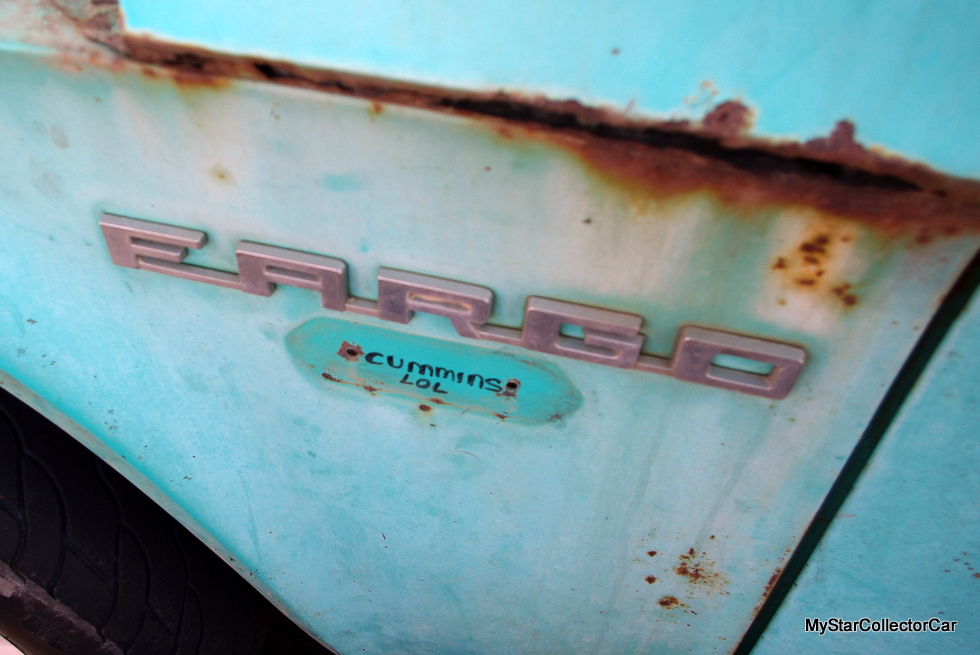 These days Thomas is able to enjoy time on the road building memories in his truck (instead of building his truck) and is very appreciative of the experiences along the way.

Fortunately, Thomas is a young 20-something who has plenty of time to build memories with his 53-year-old Fargo and his friends on the road of life.

MSCC JUNE 4 FIVE FOR FRIDAY:THE K CARS WERE HERE…HOW THEY...