We at MSCC get at least one plea a month from car guys who have been victimized by theft of their beloved old rides and we know the total theft numbers are absolutely staggering in their scope.

We have deep sympathy for the owners when some lowlife misfit has stolen much more than a set of wheels-they have stolen memories and dreams.

Most car guys have very strong reasons behind their ownership of old cars.

We discuss their reasons in every car and truck story on our site because the reasons are personal and unique to each owner.

He or she has invested time, money, heart and soul into a project that represents a fundamental part of their lives. 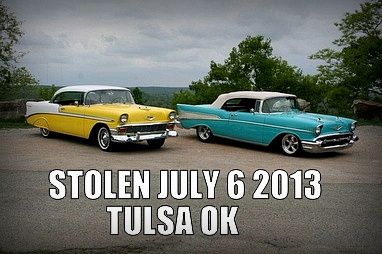 The vehicles are not simply a commodity to them; they are a time travel portal to a time and place in their lives when these vehicles made a lifetime impression. Some of the luckier car guys even own the actual vehicle from their younger years and they are very grateful for their good fortune.

Other car guys have finally found an opportunity to fulfill a lifelong personal car dream and the road to their dream often is very often not an easy route. Their childhood car dreams were followed by adult car dreams where real life responsibilities stood in the way of the long-standing car dream.

Eventually the sun, the moon and the stars align and the car guy achieves his or her dream of ownership. Better late than never when finally car guy gets to fulfill that car dream. These are the warm and fuzzy moments in car guys’ worlds. 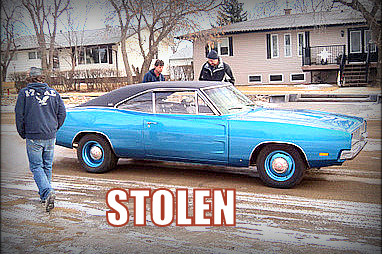 Until a sub-human parasite steals that dream and sells it or parts it out on the black market. They have no remorse about their ability to destroy the lives and dreams of car guys because these scumbags were only programmed to bring misery to other peoples’ lives. To suck the joy and happiness out of others’ lives is their calling in life.

They have stolen more than a classic car or truck but that notion would never even enter into the equation for them. Some would argue their lowlife criminal actions are not really their fault because they have encountered difficulties during their lives and are not responsible for their actions.

Some would say we should blame society and not the thieves for their behavior because we live in an age where personal accountability seems to have gone the way of finned cars and vent windows.

We at MSCC consider this new age (where responsibility for one’s criminal behavior has been shifted away from the actual lowlife) to be one of the most misguided directions ever pursued in a do-gooder world where nobody is to blame for anything.

Somebody is to blame and our money is on the thieving rats that break into private garages to steal the property and dreams of their victims. A stolen car or truck means nothing more than a quick buck to them and they will steal them in a heartbeat, given any opportunity to grab somebody else’s property. 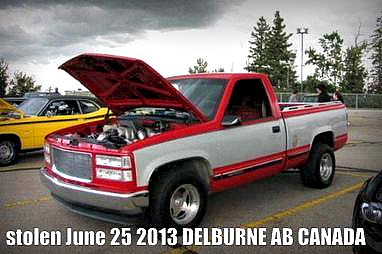 Eventually the car thieves will be caught, but they will not face the same rehabilitation techniques presented to horse thieves in the Old West.

Sure it was pretty harsh, but there were very few repeat offenders when it came to convicted horse thieves in the Wild West.

For a look back at MSCC stolen vehicle alerts please follow this link.