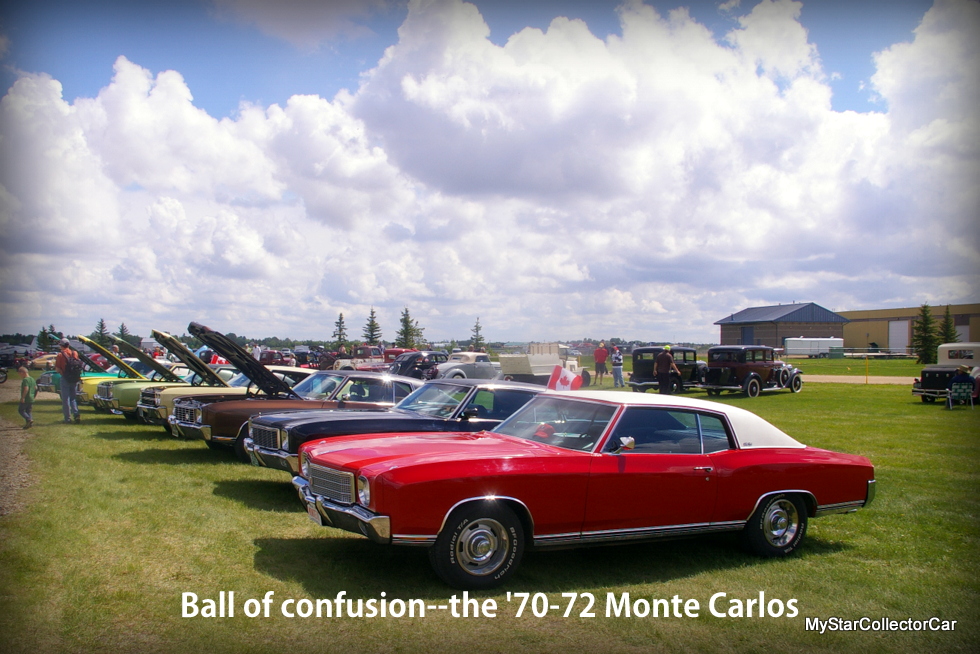 ‘Ball of Confusion’ was a big hit for The Temptations in 1970.

The song may also be an appropriate anthem for the first generation Chevy Monte Carlo that debuted that same year. 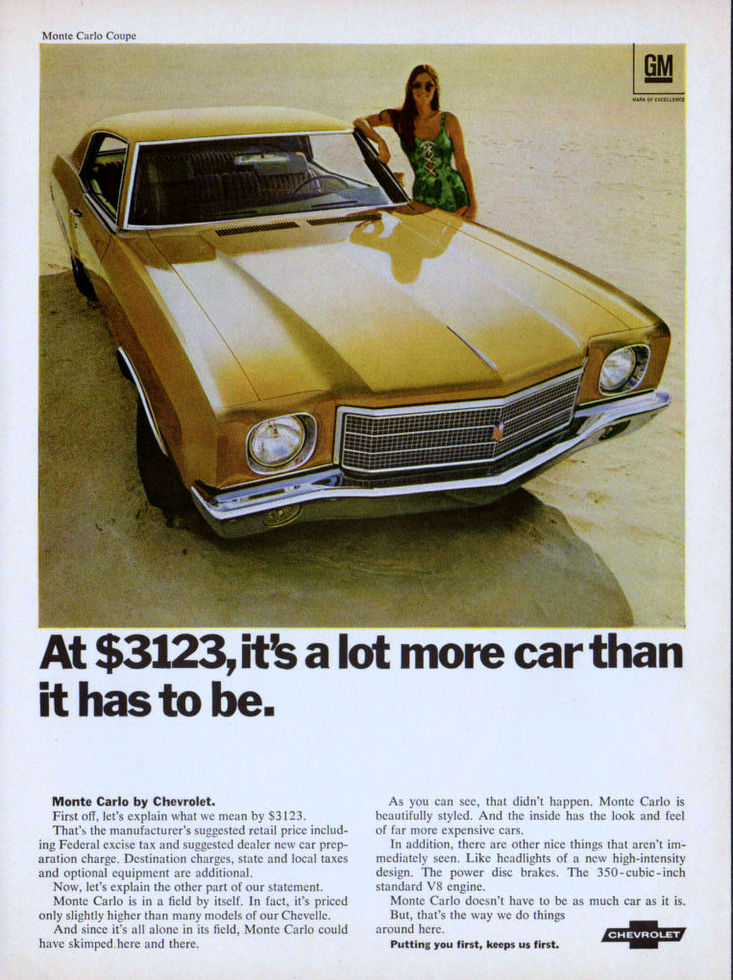 The reason for confusion is the 1970-72 Monte Carlo models bore a striking resemblance to each other because they shared a very similar body style during that production period. However, there were enough subtle differences to lessen the impact of the Temptations’ song title on these cars and MyStarCollectorCar is here to outline the differences for our readers. 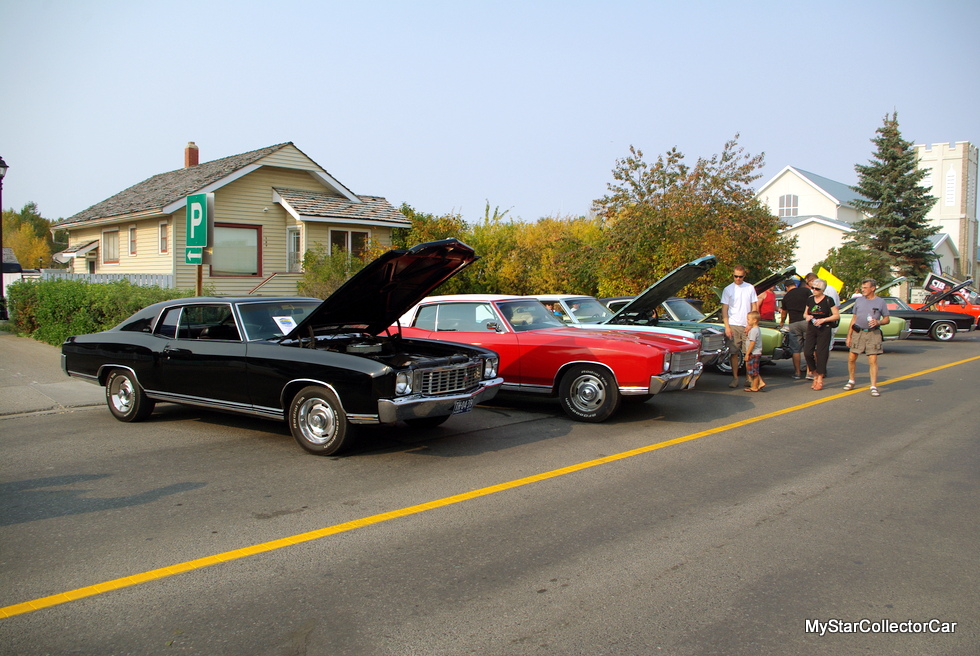 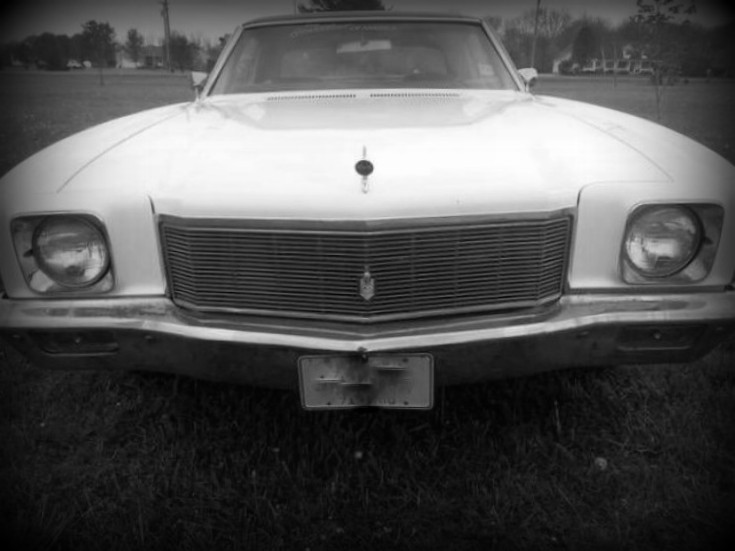 By contrast, the 1972 Monte Carlos had vertically positioned (but still rectangular-shaped) park/signal lights that were moved from the bumper to each side of the front grille on the ’72 models. 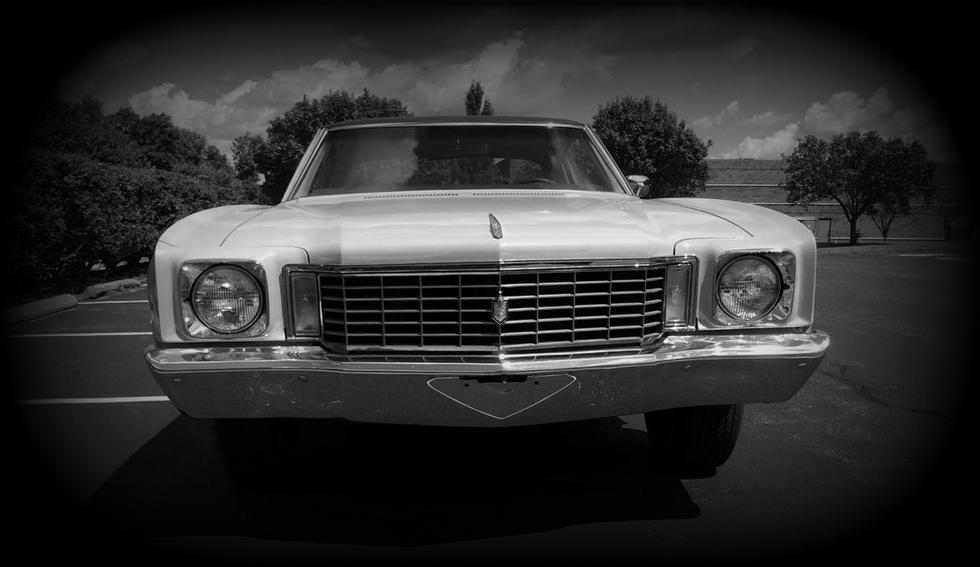 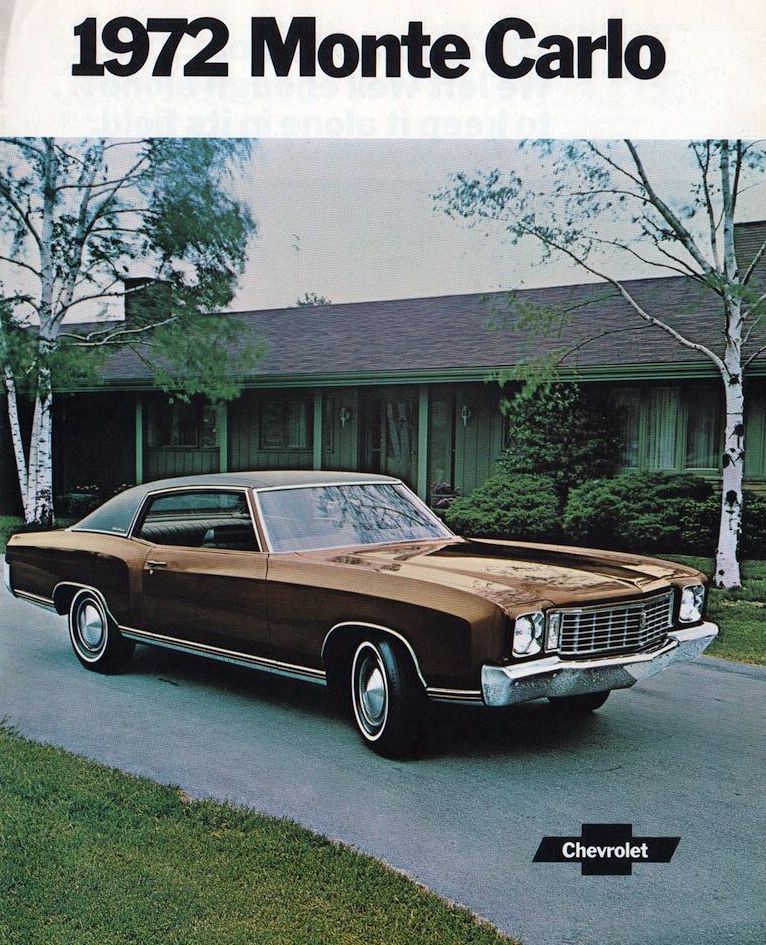 The front grilles on the 1970-72 Monte Carlos were also a solid method to ID the year of the cars because all three were completely different. The three model years shared the same basic grille perimeter, but the 1970 Monte Carlos had a very detailed inner grille that was composed of many small square vertical and horizontal strips that likely terrified bugs at the time. 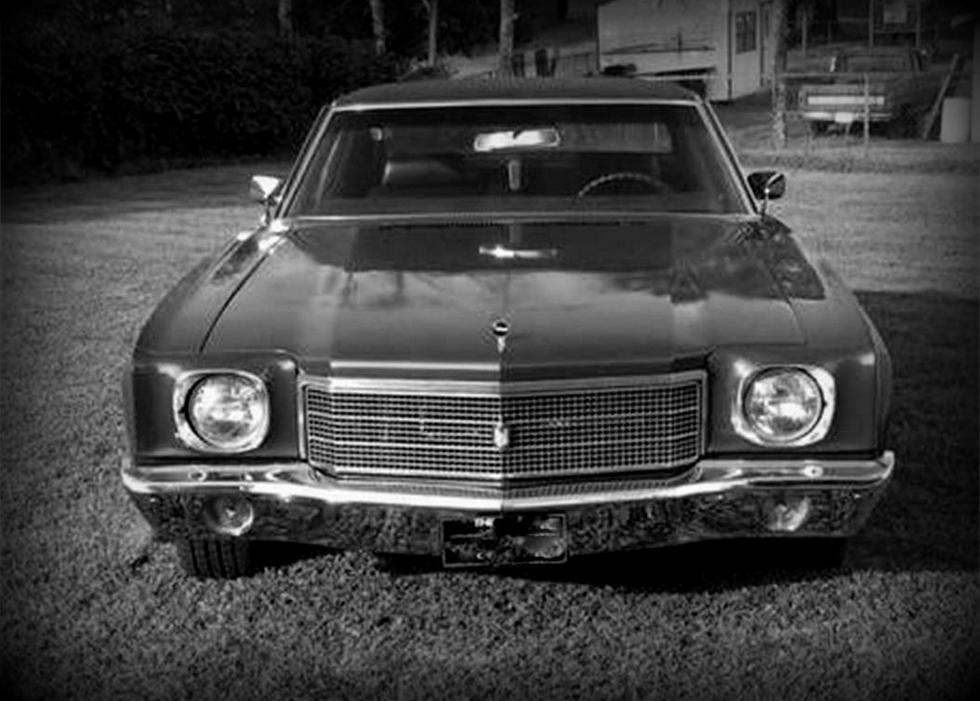 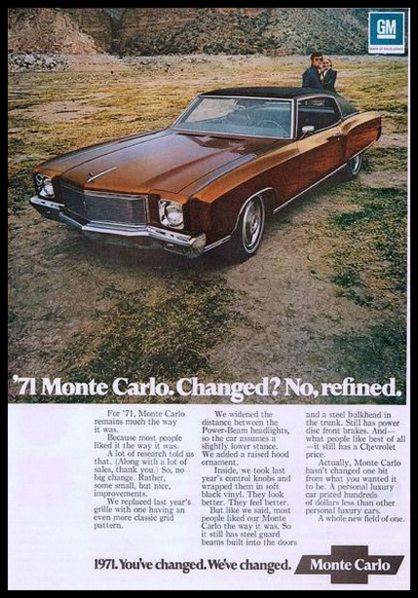 The 1972 Monte Carlos shared that same basic front grille perimeter with the earlier models but the reintroduction of more vertical strips within the ’72 models’ inner grilles gave them a rectangular appearance that was unlike either of their predecessors.

As mentioned earlier, the cars bore a close resemblance to each other-but don’t try to fit a 1970 Monte Carlo front fender onto a ’71 0r ’72 model for one simple reason: it won’t bolt onto either newer model. 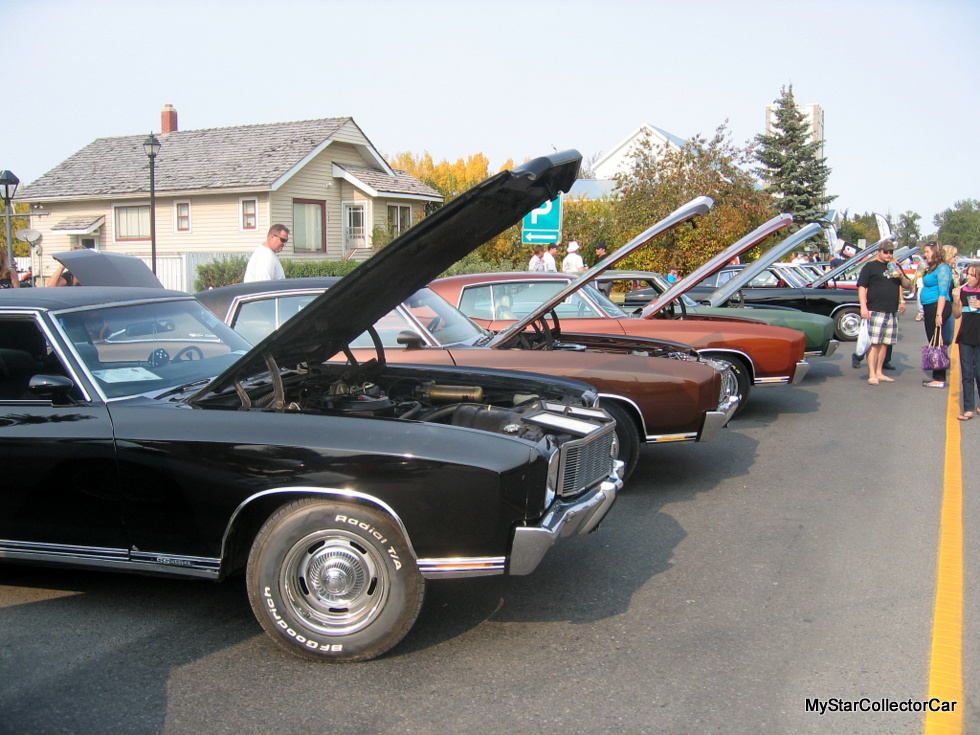 The more MyStarCollectorCar dug into the differences, the more differences we found between the three model years. The differences were subtle but obvious when we were made aware of them, so we experienced fewer balls of confusion about them. 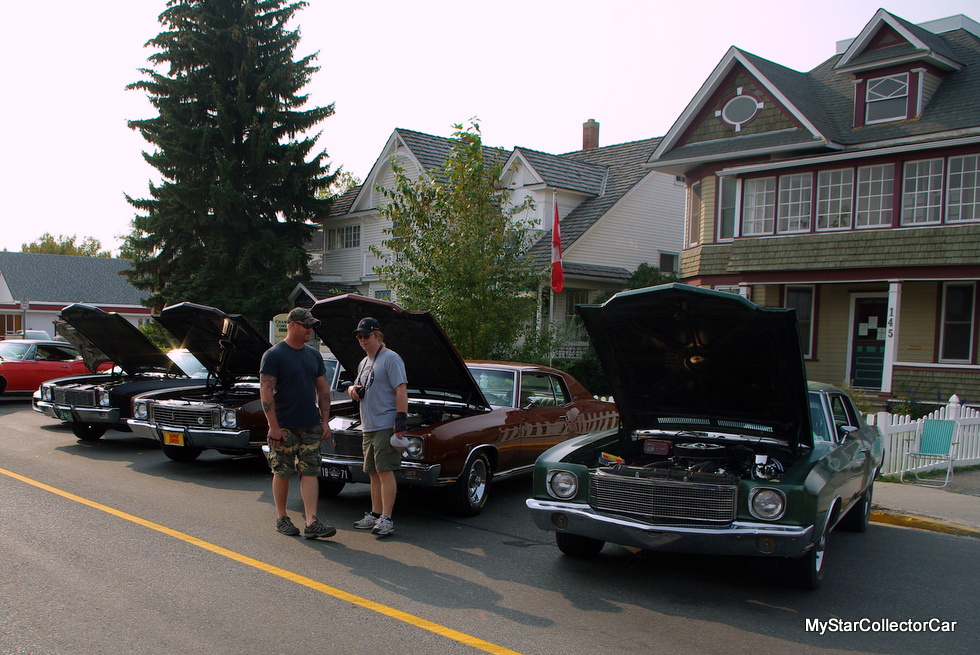 The 1972 Monte Carlos had wider chrome spears with a subtle, slightly raised forward section that featured MC letters on their hoods.

There are many other minor differences between the 1970-72 Monte Carlo models that will identify them in the correct model year, but the final portion of our first-generation Monte Carlo lesson is the view from behind the cars. 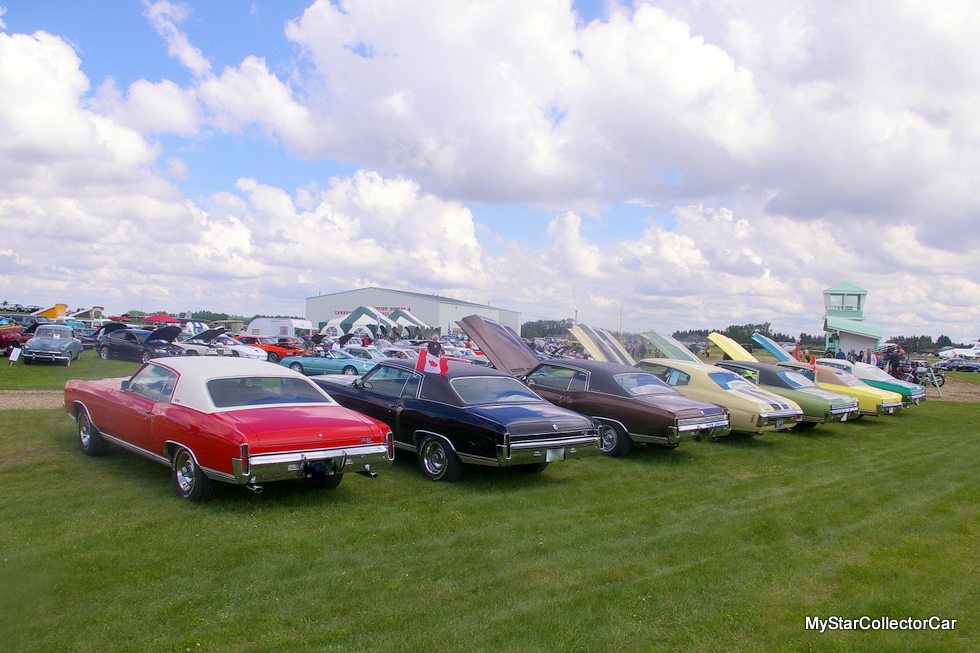 The tail lights in the 1970 Monte Carlos do not contain a chrome vertical strip in the middle of the lenses, while the 1971-72 models’ taillights do have the strip in them. 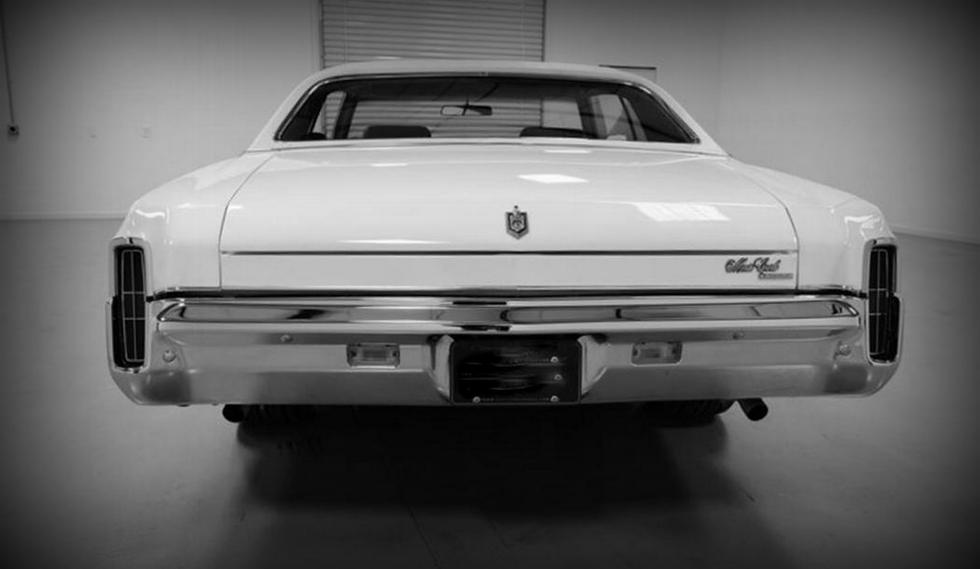 There are other differences but, for our purposes, the chrome configurations around the trunks are different in all three years and this difference will be the last one for this article. However, MyStarCollectorCar advises our readers to refrain from tailgating any first-gen Monte Carlo in  traffic while attempting to spot the trunk keyhole differences. 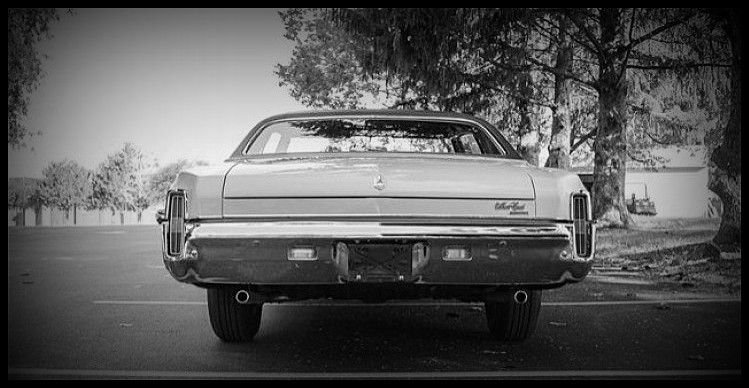 Save that inspection for a static display at car shows and remember this simple fact: the bling around the trunk keyholes got blingier every year from 1970 to 1972 on Monte Carlos.