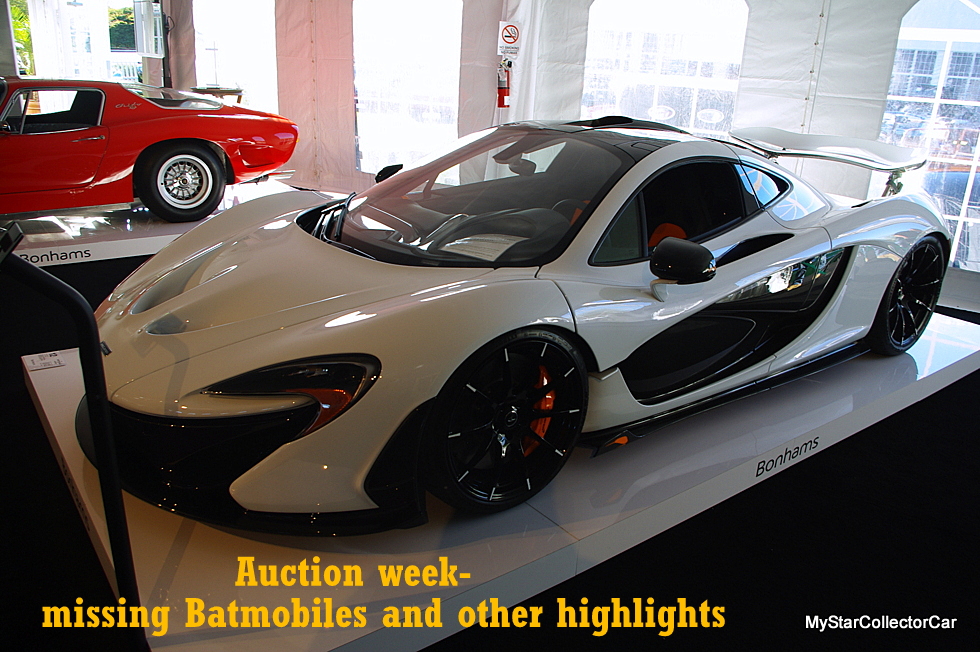 This was a typical day at the show—it was stacked with some of the most incredible iron you’ll ever see in one city.

There were several goals set and most of them were accomplished on Day 1 with one exception—the Batmobile went missing.

‘This is the real deal, George Barris built 1960s version of the Caped Crusader ride and it’s the definitive Batmobile for a very specific demographic—mine.’

Despite the missing Batmobile, this was one of those days you bookmark forever because it started with a unique auction right across the street. Bonhams is a high-end auction and the pace is a lot more settled than most auctions. The location is right next to a golf course and the odds are pretty good most of the cars would easily qualify for Pebble Beach. The background music ranges from progressive jazz to Perry Como to Otis Redding so they are definitely aiming at a specific group. 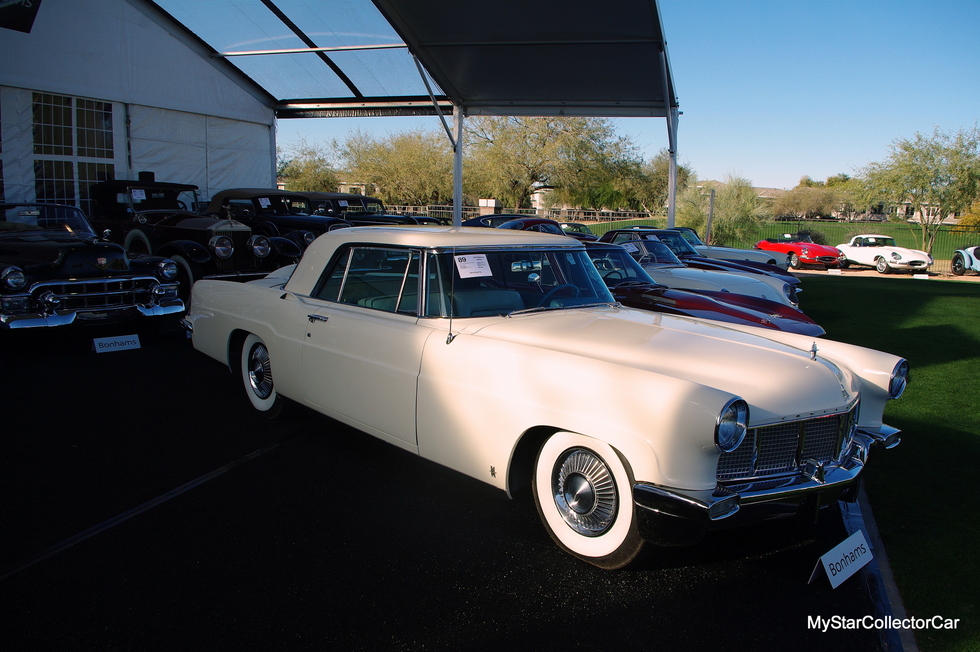 I liked it—there weren’t many people around the cars and the setting was like a Hollywood set. I had to look at the notes for most of the cars because this was exotic to the next level but it was cool in a subdued way plus it had the biggest lineup of Porsches I’ve ever seen in one place. 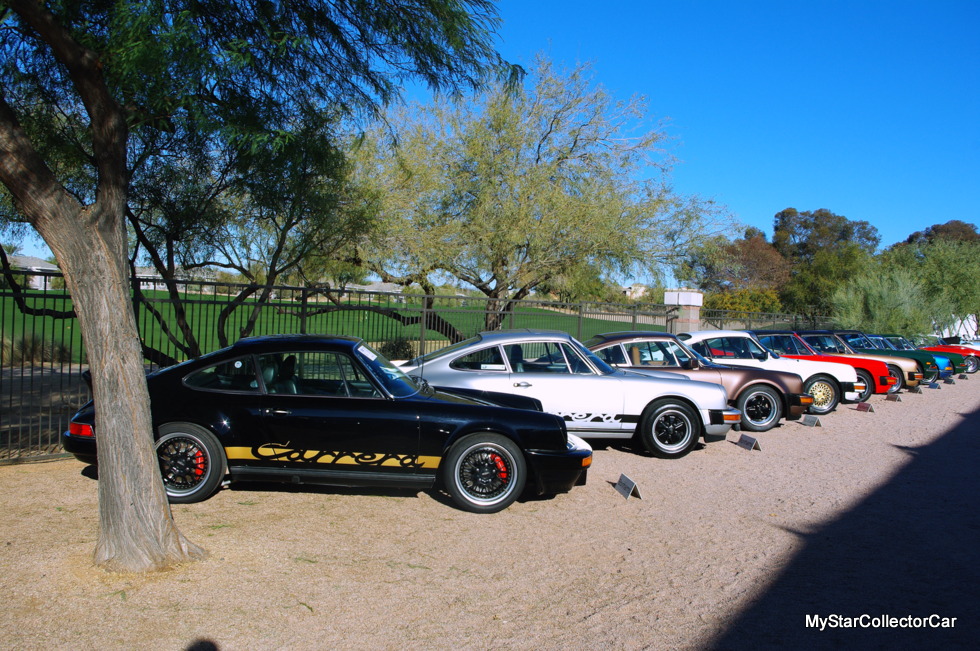 Barrett-Jackson was up to its usual high standards later that day and the first few hours were spent in search of the Batmobile. Angus Sutherland is a contributor to MSCC and he’s a Batman fan but he’s definitely not an original Batmobile guy so he was less than enthusiastic about the mile each way hike in search of the legendary custom.

The Batmobile never did surface but word on the street was it would be there later this week. That was a minor setback because this was another incredible assortment of old iron. It was like a car show on massive steroids because there was literally something for everyone—a 1960 Olds claimed the prize for furthest from the auction stage this year. 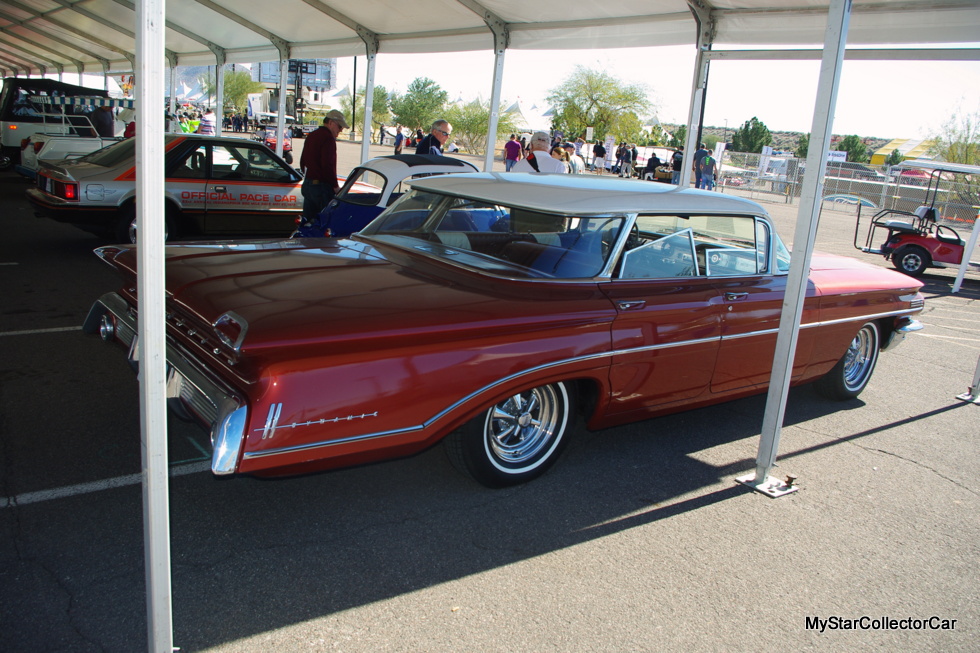 There was the usual assortment of midway-like food areas and that alone is worth the trip because these people really know how to put things like foot long hot dogs, pizza, burgers and giant turkey legs—it’s what a guy like Homer Simpson imagines heaven is like. 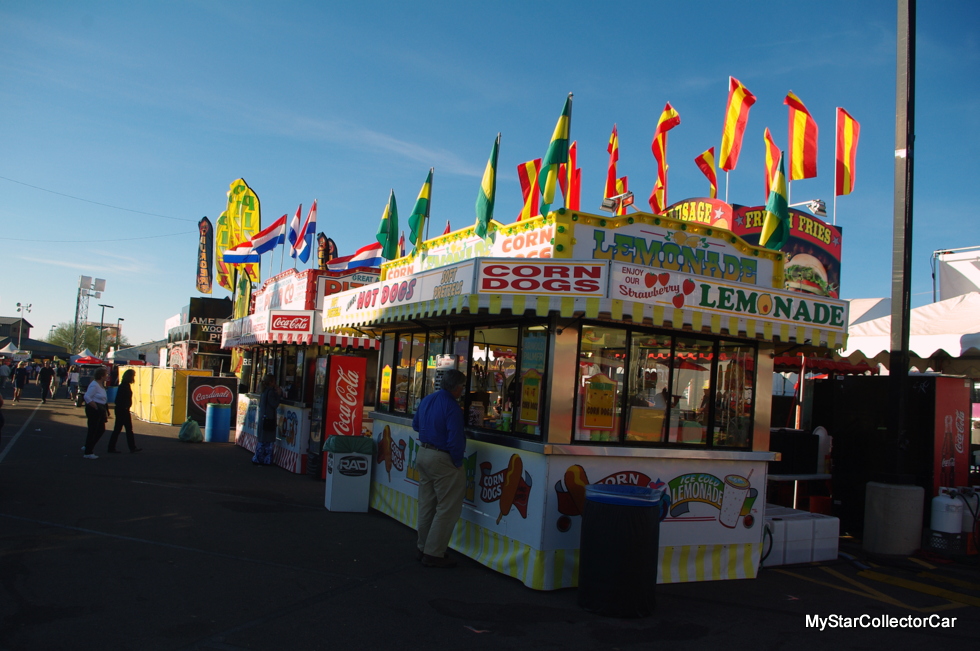 The one thing that was a little off base was a place that sold life-sized, moving mannequins—they were perfect Halloween props but they were a little spooky for a car crowd. 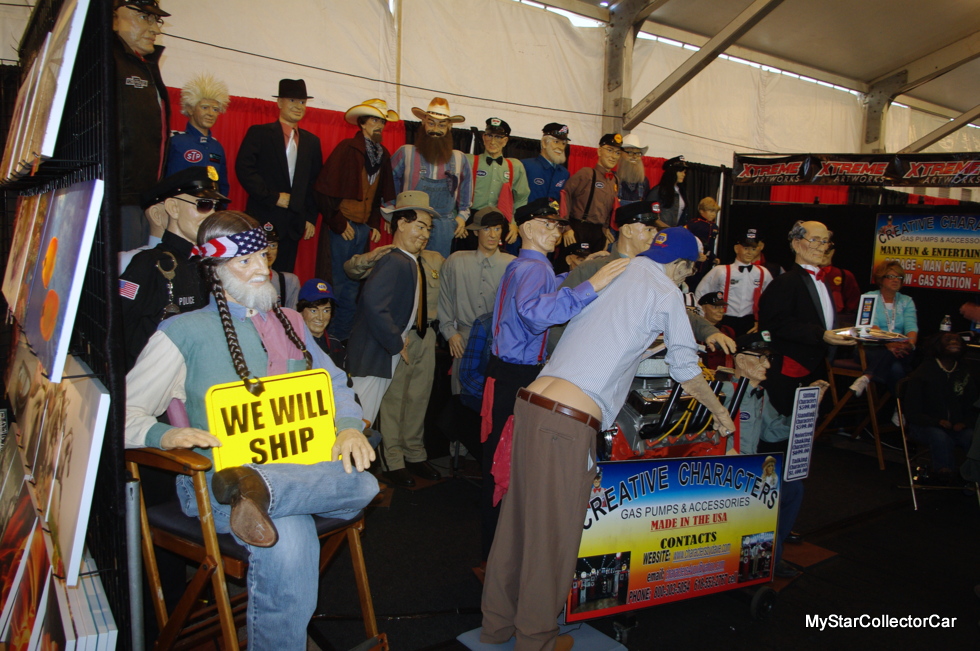 There were too many highlights to list in the 500-ish allotted words but this was a typical Barrett-Jackson show because it had four of every car you’d ever want and in every color. 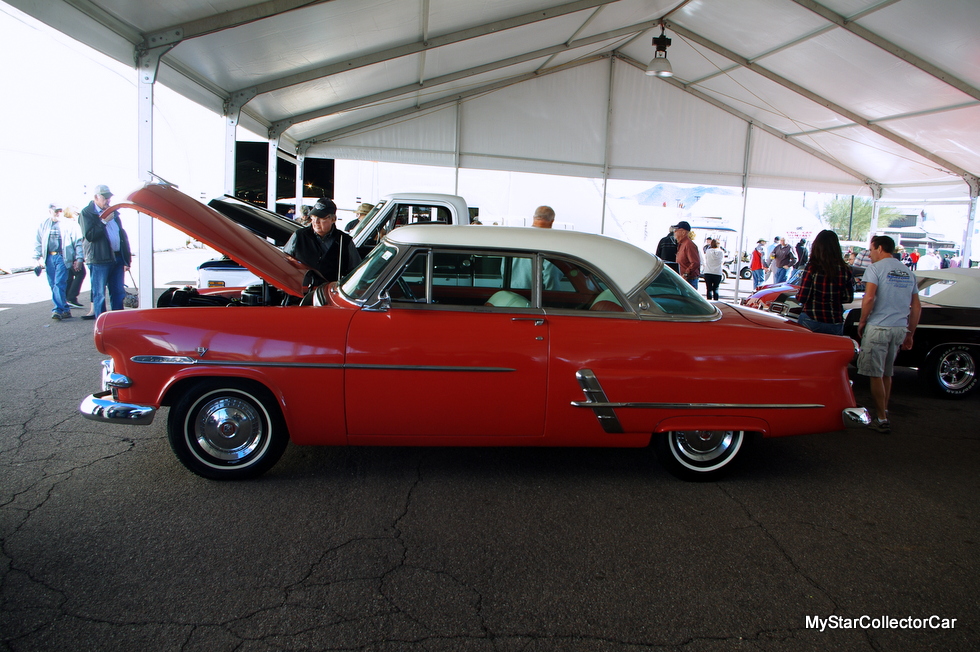 The day was a spectacular example of the perfect day for a car guy so the possibilities were infinite but if I had to define one highlight it was a ’64 Aston Martin DB5 because it defined the trajectory of Day 1. It was the first car I saw yesterday on a spectacular Arizona morning in a cool little venue and it looked just like the James Bond toy car I had when I was a kid. 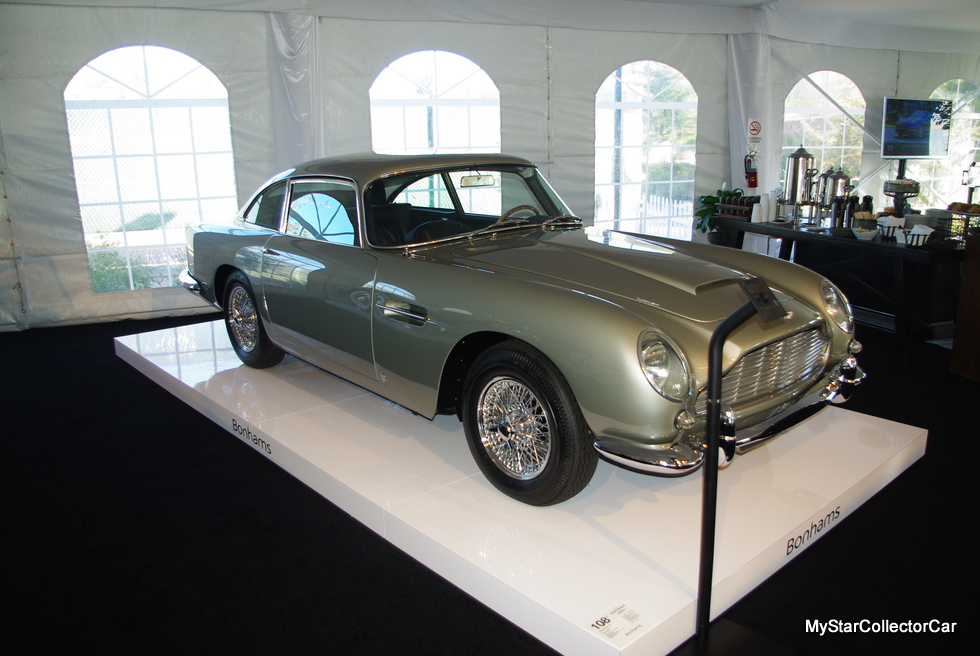 ‘I had the James Bond toy car and it was my all-time favorite ride until I saw the Batmobile on TV that same year.’