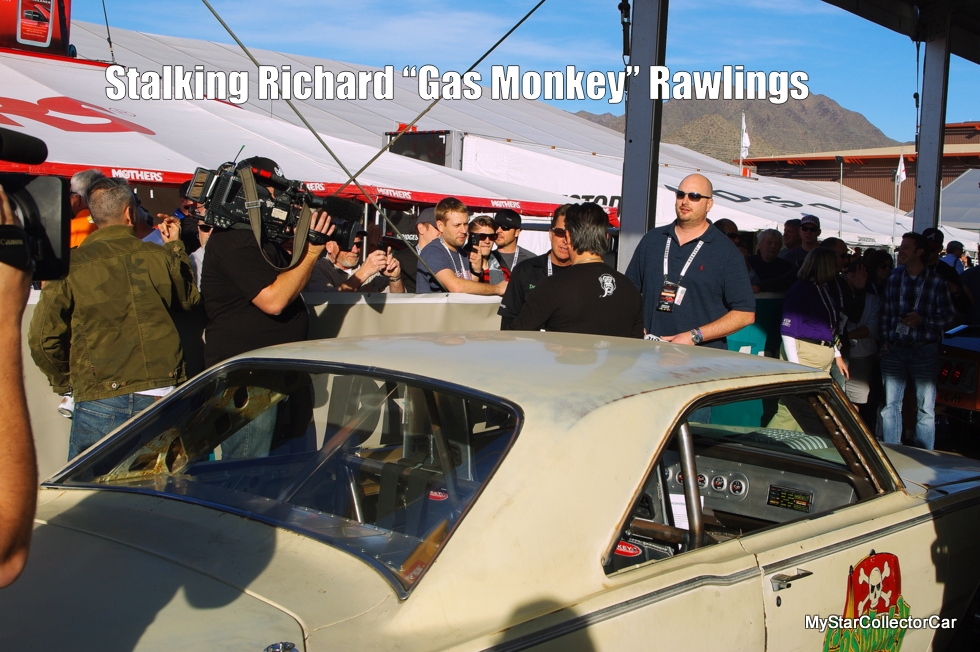 Scottsdale is Woodstock for car guys so you always get the gearhead equivalent of a Jimi Hendrix or Richie Havens sighting when you attend these events.

This is a world heavily permeated with the smell of raw high octane gasoline and car guy rock stars .

‘Guys like Richard Rawlings are car guy rock stars in the 2016 car show universe so you push hard for an encounter with Mr. Gas Monkey Garage because he’s a guy who really speaks car guy-ese plus he’s got one of the hottest car shows on TV.’

Richard had a few cars at this year’s Barrett-Jackson but there was one car that really defined what these guys do at their shop.

It was an unassuming 1967 Dodge Dart 2-door hardtop tucked away under a tent—Richard and his crew thought this car would be a lot cooler with a Dodge Challenger Hellcat engine under the hood. 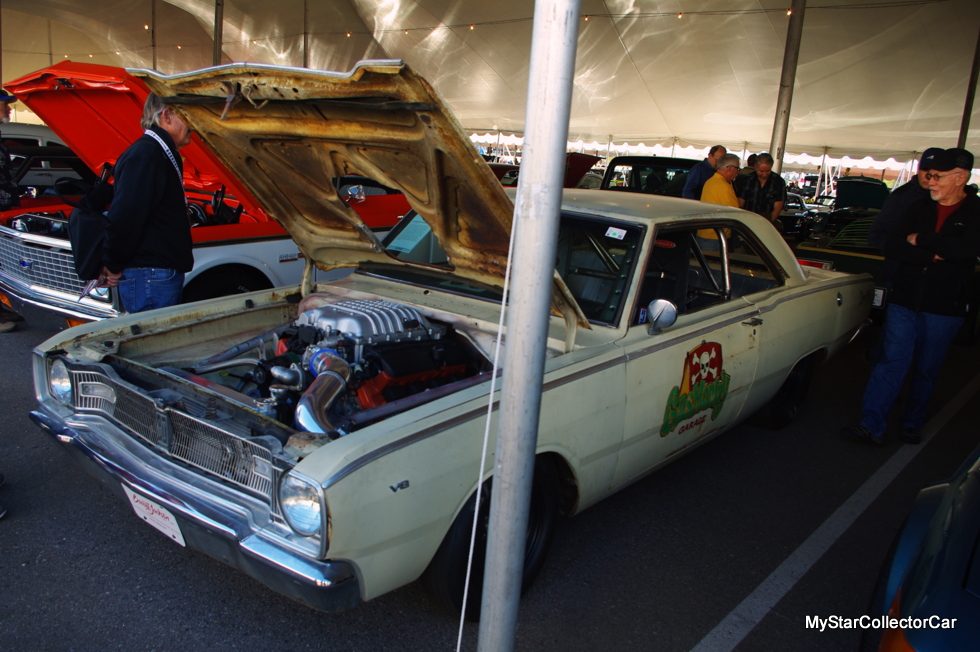 Richard’s ‘67 Dart is the kind of car thousands of people would walk by and look at with a little bit of “what the $#% is this car doing here at a major auction” attitude but when you scratch beneath the surface this is Gas Monkey insanity at its highest level.

That’s why I staked out this car for most of the afternoon.

It was a busy stakeout because a fair number of people knew this car and those that didn’t were brought up to speed really fast by those that did know it so this was a basically a press conference for a ’67 Dodge Dart. I eventually had to leave the stakeout for two hours to look at the massive number of classics at the auction because this is Barrett-Jackson so the tents beckoned  . 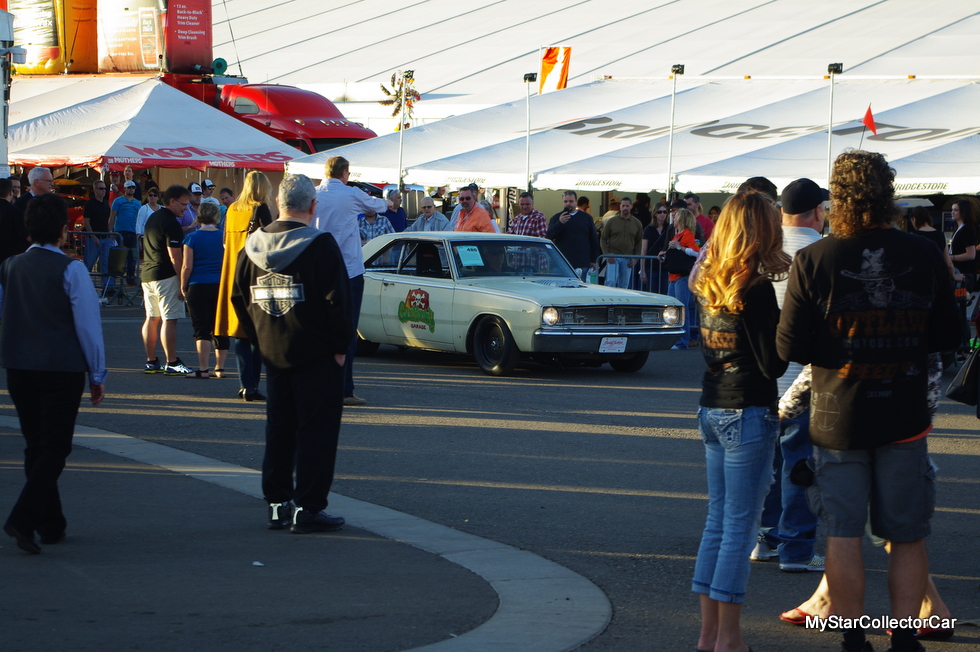 Later on, I saw the Dart in the staging line so I clung to it like a life raft on the Titanic because I knew Richard would have to do some camera time to pump up the PR on this insanely muscled-out Dart. They fired up this monster when I was standing next to it—it was like somebody set off a hand grenade in a broom closet so I jumped–and so did everyone within  100 feet . 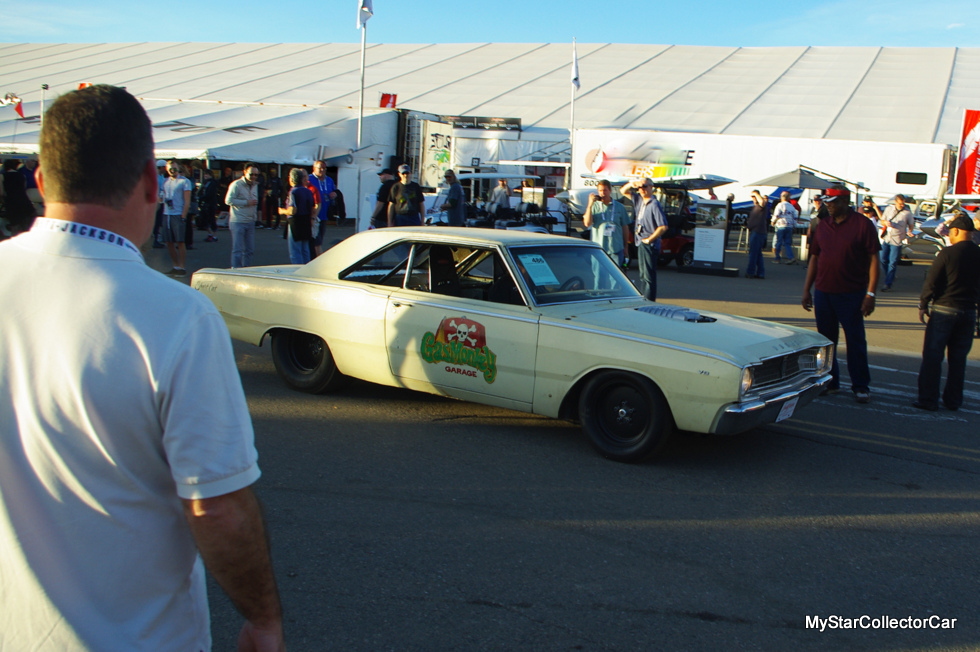 Richard did show up right after the explosive start and it turned out he’s a pretty gracious guy because he was under siege within seconds by his fans and he handled it like he was running for Congress. I had about 30 seconds to hand him a card for a future interview before he was whisked away by the production crew but he handled it like a pro. 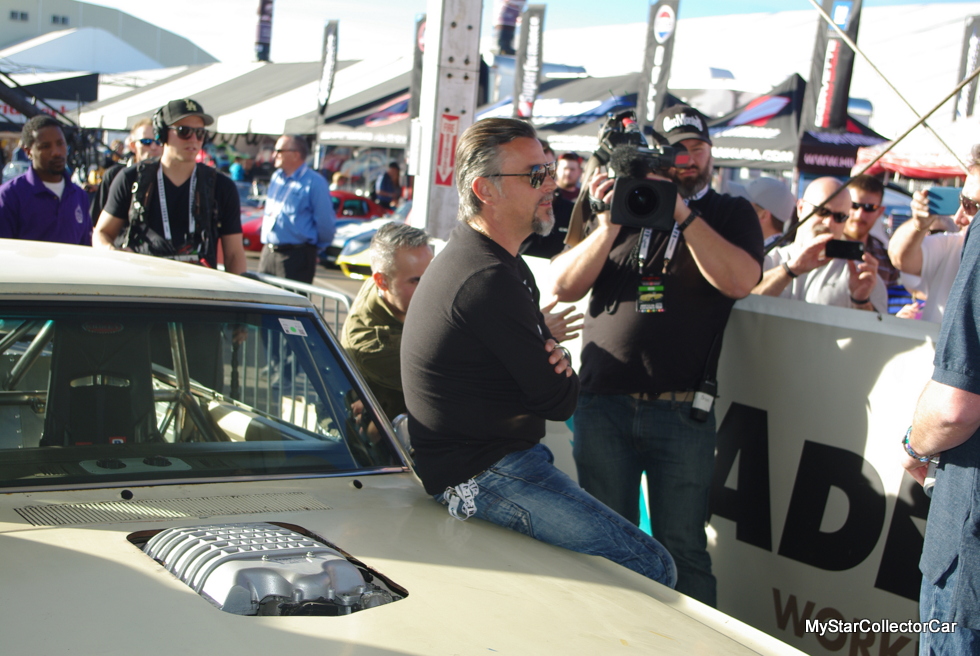 Barrett-Jackson had a great night last night—people mobbed the cars, sales went through the roof and during the evening the MyStar crew had a group picture taken with Richard Rawlings. 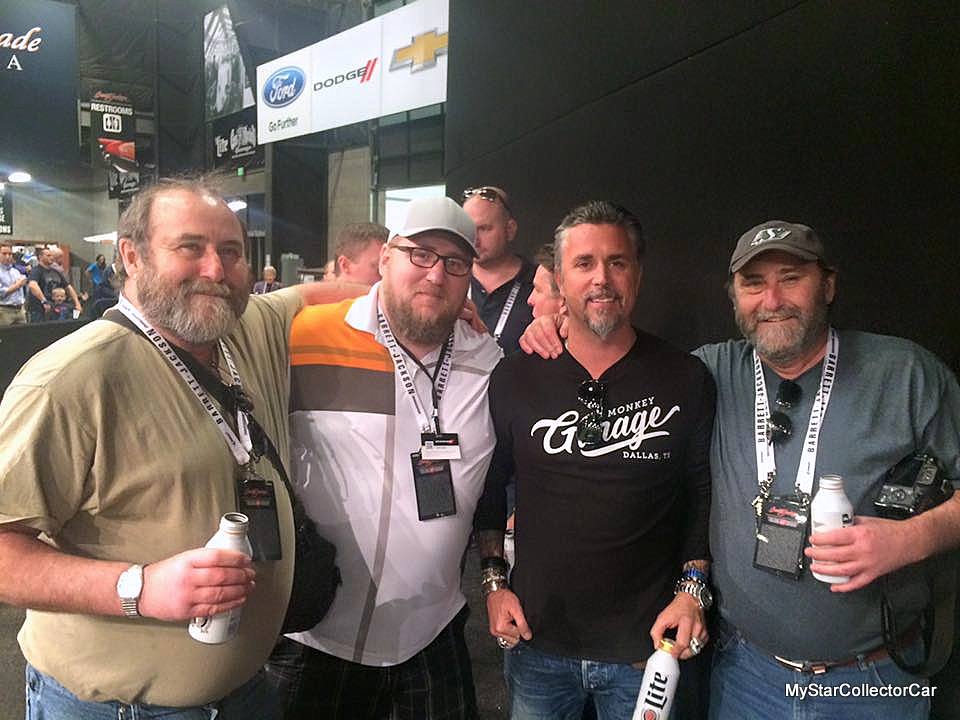 ‘Stalking Richard Rawlings via an insane ’67 Dart paid off.’