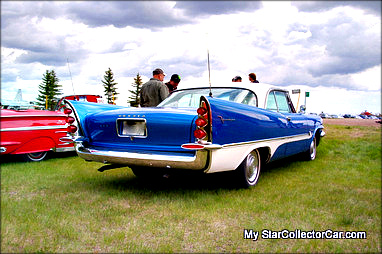 Most of the time a car that’s shoved into a wetland on the back 40 acres has a very bleak future.

Time is short because rust incubates well in a muddy, damp environment.

This is basic grade school science…

Typically a car stored like that is an irretrievable mess in a few years but a 1957 DeSoto is not a typical car. In fact, most “Forward Lookers” (the cult following behind the ‘Forward Look’ era at Chrysler) regard the ‘57 DeSoto as a work of art.

This particular DeSoto Firedome was rescued 16 years ago just before the point of no return by a visionary Mopar fin guy named Don Muyres.

Don understated the amount of work required but he admitted “it probably shouldn’t have been fixed up because it was that bad” and parts were scattered across the property but Mopar fin guys are highly motivated so the car was on the road in a year. 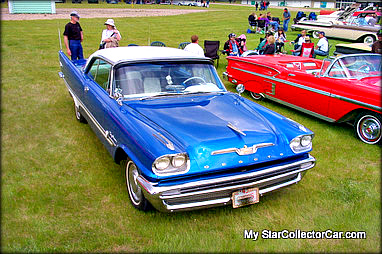 Veterans of car projects know that taking any car from a watery grave to roadworthiness in a year is heroic but the feat becomes legendary with incredibly rare cars like a ‘57 DeSoto. 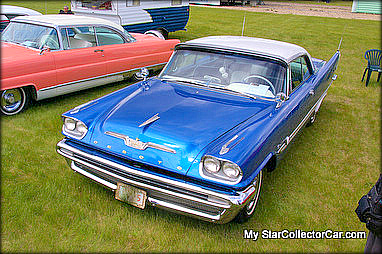 The car needed extensive metal replacement because it was in a swamp and this era wasn’t Chrysler’s finest hour in the rusty panel arena.

Don and his wife Audrey built this car to drive so the DeSoto is the anti-trailer queen and their two perspectives on the car were an interesting study. 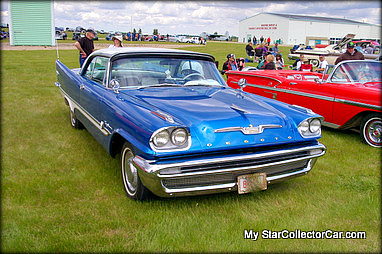 Audrey is ambivalent about the reception the car gets on the highway because she reports ” sometimes you get the thumbs up and sometimes you get the middle finger if you’re not going fast enough. People should realize that this car is probably a lot faster than theirs but we don’t drive it that way”.

Don had a little different perspective on the Firedome. He admitted “I’ve had it up to 130 (mph not kph) and it’s really stable. The motor just smoothes right out”. 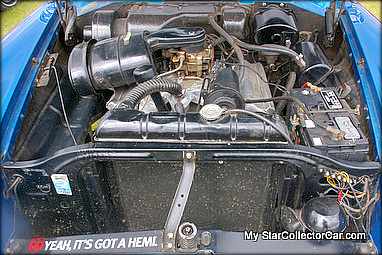 Mopar guys wouldn’t be surprised that the 1st Generation Hemi could push this car to that kind of top end but Don probably surprised and ambushed a few Subaru drivers on the highway during that run.

The Muyres have accumulated enough road time in the fin car to assess it from a practical point of view. Don would like to add cruise control and Audrey would like AC in the cabin. They did add a sound system in the form of a period correct record player but there’s no word on an MP3 player or satellite radio. 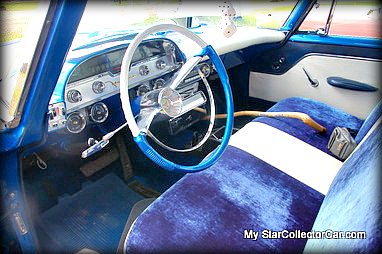 The DeSoto has seen the real world over thousands of highway miles and Don admits that they’ve had to drive through a few hailstorms in this old classic. That’s a painful reality found in any road trip.

Don’s a hands-on guy so he actually had a non-road trip adventure with the car. He was checking the dipstick when the hood fell down and pinned him. Audrey started getting nervous when he was gone for a few hours and didn’t answer his phone. She found him trapped under the hood. 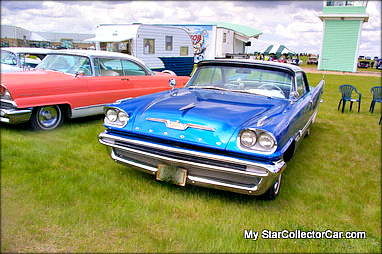 Aside from that misadventure, Don and Audrey have really enjoyed their relationship with this rare car. Parts supplies opened up in the least few years and Don bought a windshield for 250.00. He’s found contacts in Sweden where ‘57-8 DeSotos are a little more common than other areas. 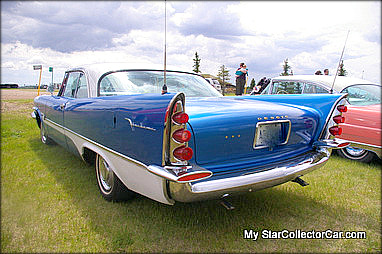 Ultimately the experience on the road is what really counts. Don likes the attention as he explained, “It’s great when younger people speed up to see the car and then give us the thumbs up. That’s what it’s really all about”.

Saving a classic like this ’57 DeSoto is a lifetime achievement but clearly Don and Audrey’s experience behind the wheel is priceless.