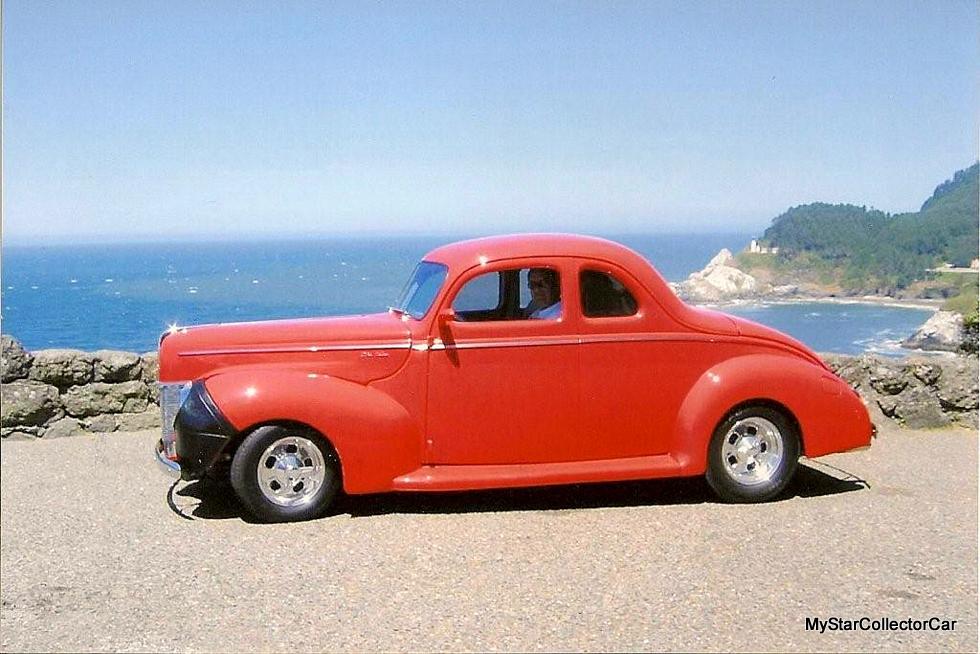 Ron Stimson was a man on a mission back in the early 1990s.

He spent a year and a half on a quest for a 1933, 34, or 40 Ford project car. Ron wasn’t interested in a finished car because he wanted to build a hot rod himself.

One that included all the blood, sweat and excessive swearing that comes with building a show-worthy car.

Ron narrowed his search down to a ’40 Ford coupe because,“they have the nicest lines of anything to come out of Detroit”.Many hot-rodders agree with Ron on the 1940 Ford issue. That makes them desirable so that’s why Ron looked at so many cars that were all rust held together with prayers.

Like so many guys in search of the automotive Holy Grail, Ron drove thousands of long dusty miles only to find something that was 90% oxidized and 10% real metal-usually with an obscenely high asking price.

Ron kept up his search the old fashioned way like most motivated car guys by looking at ads, making two million phone calls and using every personal connection he had. That finally paid off when Ron found a cousin who had been a hot-rodder since the days when Elvis Presley was still a truck driver. 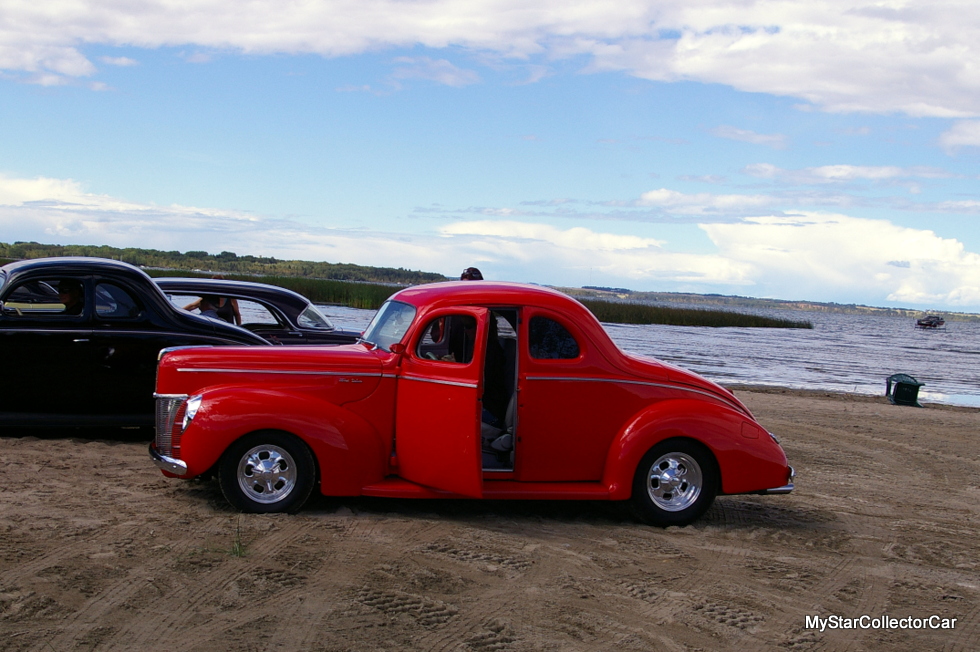 Even better, Ron’s suddenly favorite relative just happened to have a 40 Ford coupe under a tarp at his lake cabin. This car was so complete he assured Ron that he could probably get it running in 2 days. That wasn’t quite true but Ron didn’t care-he was going to replace the old flathead with new Corvette power because rods always run better with more than 4 times the original horsepower-that’s a constant in life. Ron really jumped into the hands-on approach by taking an auto body course at a local college where his instructor was a fountain of teaching, advice and encouragement. Ron built a great self-designed and fabricated chassis but that’s where he hit the wall. The bodywork was way too much for his limited experience and that’s when he was introduced to a body man who could handle this daunting task. 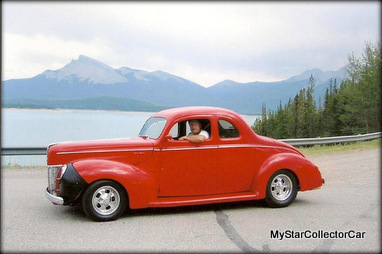 He applied his talent to this project and the result was an amazing 40 Ford and since then this car has won many trophies including the first show it was ever in…a remarkable feat. Nothing was more remarkable than “best paint” after nearly 18,000 miles of real world driving.That rarely happens when the competition has brand new paint and there was another big honor.  It came a few years ago when the Ford made the Snap-On Tools calendar.Ron is having a great time with his car pal. He’s put on nearly 20,000 miles of trouble-free fun miles traveling to shows all over the Pacific Northwest and Canada. He particularly enjoyed an Oregon coast trip and he’s looking forward to many more adventures in this hot rod icon. 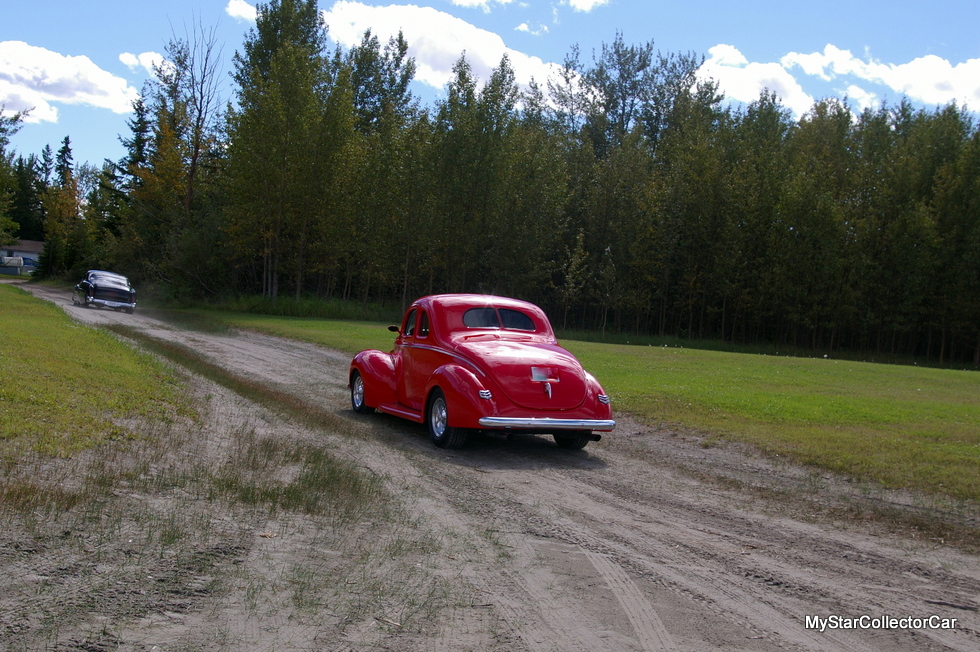 Ron truly gets the hot rod creed-build a legend and drive the wheels off it.