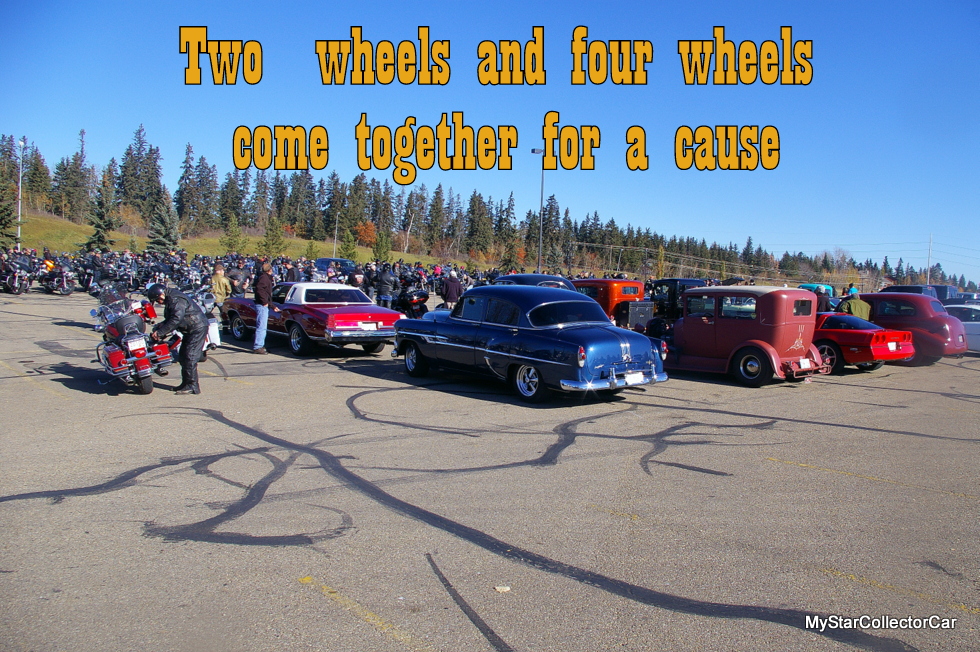 Last week was a tough time for people in our community.

One of our local farm families lost three young daughters in an unspeakably tragic accident on their farm.

Their 11-year-old twin girls and 13-year-old daughter were killed, and the shock wave from their untimely passing rippled through the entire country.
Their deaths sparked an outpouring of support from all corners of this region, including a fundraiser spearheaded by motorcycle enthusiasts and supported by members of our local car community.

‘The goal was to raise funds in memory of the three girls and provide emotional support for their beleaguered family.’ 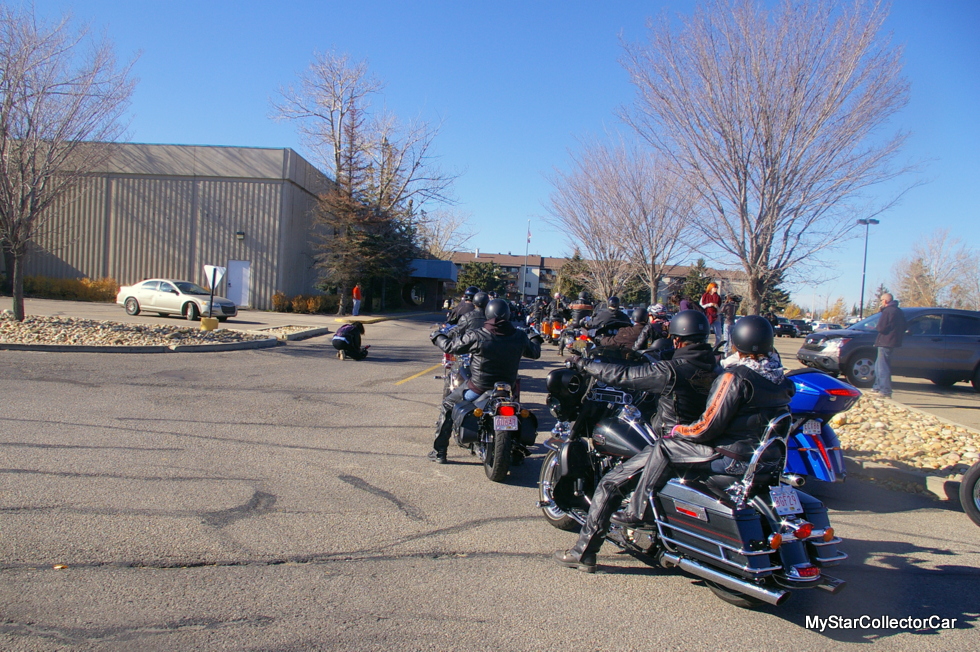 We at MyStarCollectorCar are big fans of four-wheeled rides, but this past Saturday made us fans of the two-wheeled rides-with a few three-wheeled motorcycles thrown in for extra measure. The weather gods were smiling down on this event because the temperatures were around 17-18 degrees C (about mid-60s Fahrenheit) under cloudless skies for the event. This kind of weather is the equivalent of a grand slam home run for events held in October here in Central Alberta. 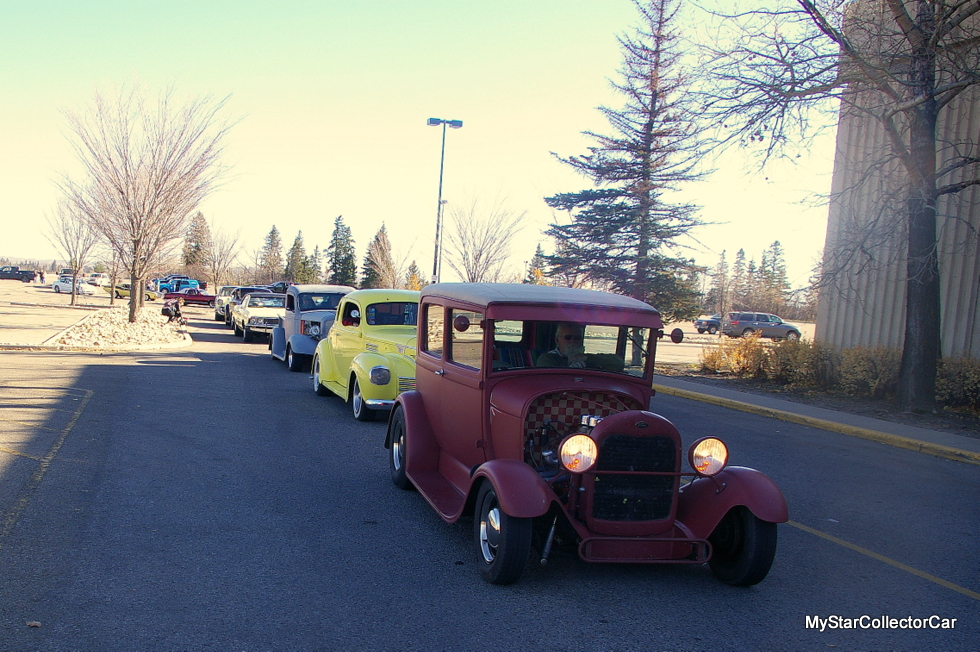 Consequently, there was a massive number of motorcycles at the event. The unofficial count was over 300 motorcycles with about 25 classic/custom cars to ride along with this giant posse of Harley riders and their other-bike brand friends. Bear in mind this ride went from a good idea to a great event in only three days. One of the organizers told us how one rider was in traffic en route to the meeting place in a Red Deer, Alberta mall parking lot when a car window rolled down and somebody handed the motorcyclist a 50 dollar bill for the fundraiser. 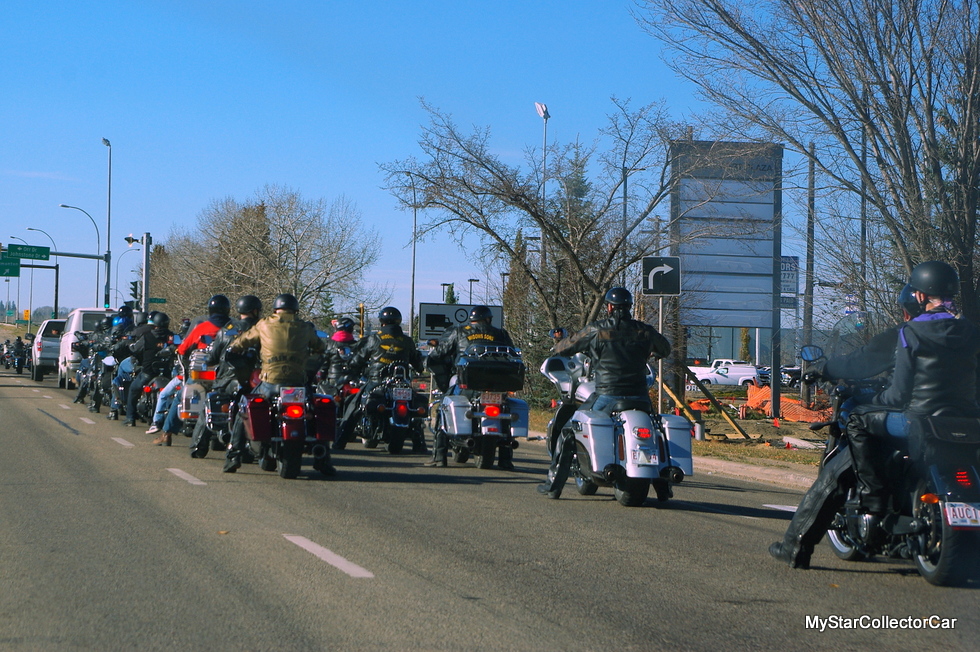 The gathering point at the mall was the start of something very special that afternoon, right from the moment the bikes fired up for the 50 mile trip west to Rocky Mountain House. The sound of over 300 bikes is impressive to say the least-even for hard core car guys like us at MSCC. The rumble gets your undivided attention as the emotional impact of that sound combined with the sight of a herd of hogs rolling together and pushed adrenaline levels to dangerous levels. 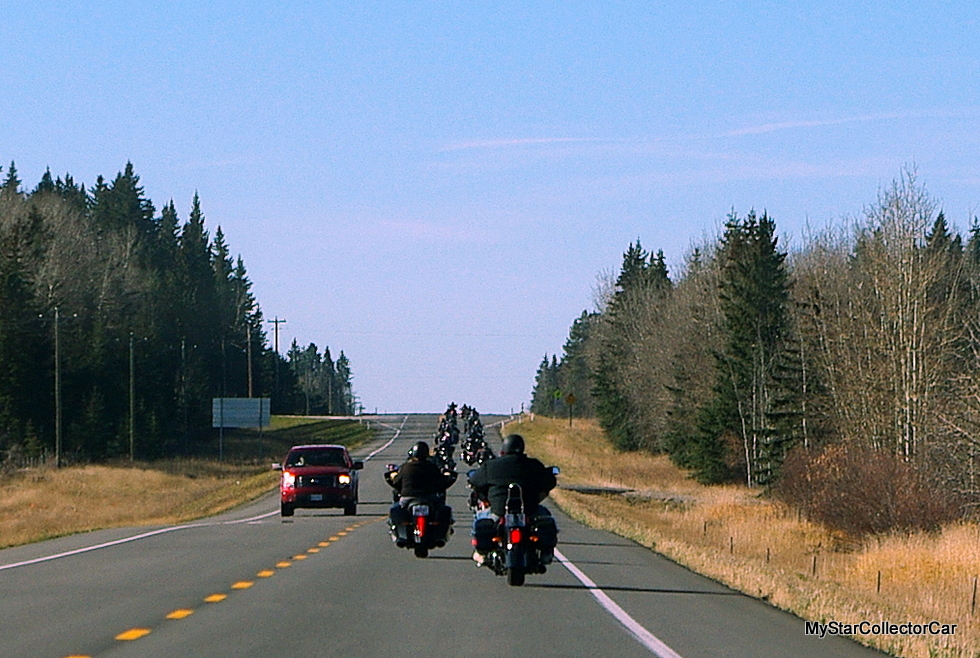 The car guys and girls followed right behind the bikes and they all hit the highway to show a common bond of support for the unfortunate young girls and their family. The route on the way to Rocky took them near the area where the tragedy took place and the return trip took them right by the farm so the family could witness this massive display of sympathy for their inconceivable loss. 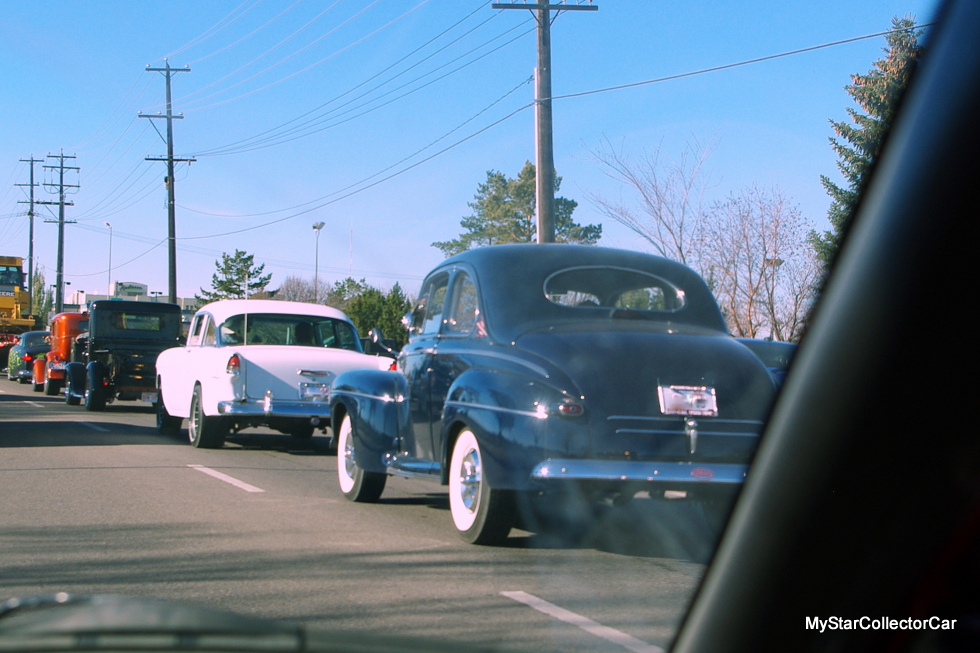 The entire journey went flawlessly for the participants and we noticed it was very well-run for an event that was conceived just a few days ago. Marvin Eliuk was one of the organizers and he gave good instructions to the participants before they left the mall parking lot. It turns out he was no stranger to charity rides because he is part of the local Central Alberta Toy Run for motorcycle enthusiasts that takes place every year and provides gifts to kids who would not have a good Christmas without their support. Our local car guys have taken on a similar event for the same purpose in our area. 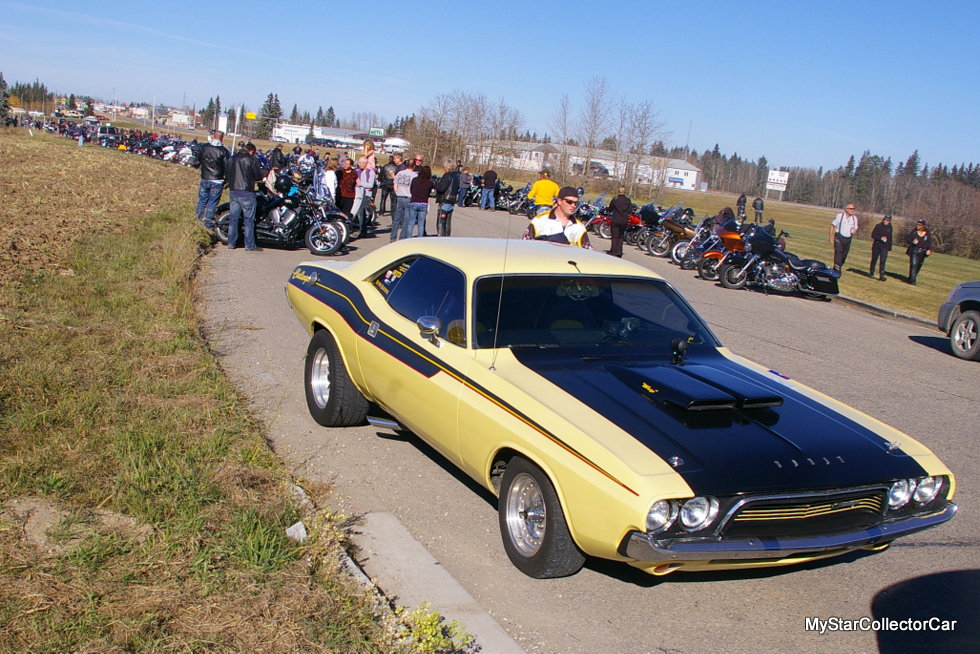 The most important part of the equation for car guys and motorcyclists is pretty simple: both are part of the community and want to help people in need. The tragedy that took those young girls’ lives has changed their family forever and nothing will be able to alter that horrible reality for the surviving family members. But at least they know that people in their community share their grief and feel their loss. 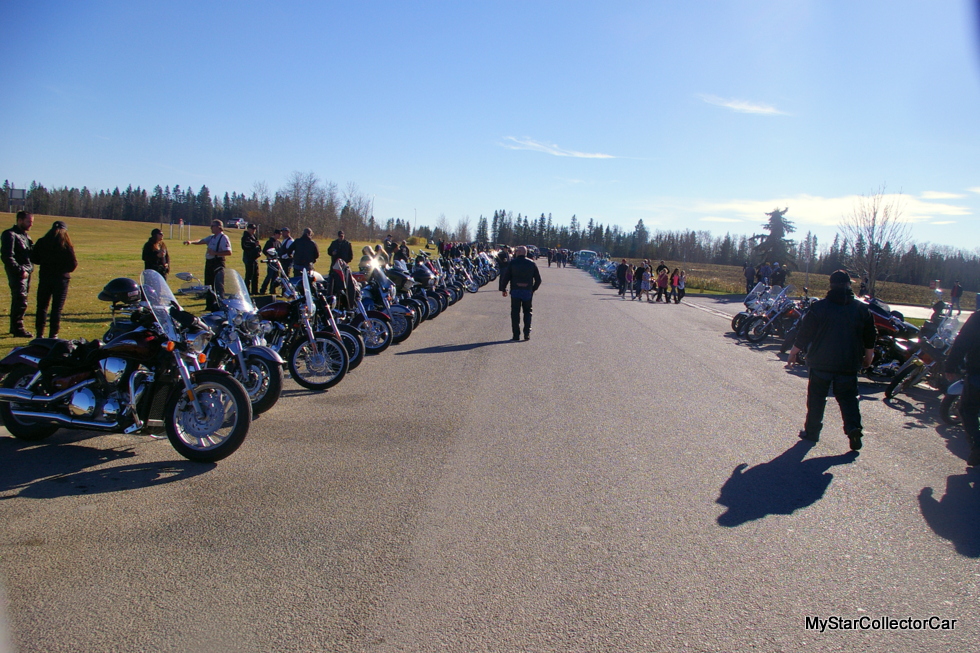 A gathering of two-wheeled and four wheeled enthusiasts proved that point.