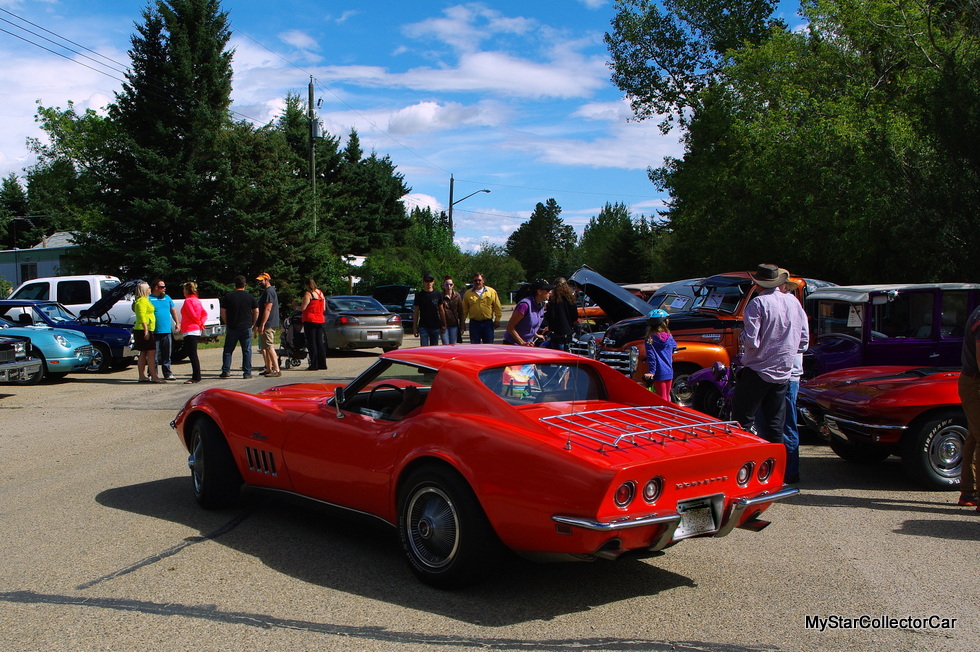 We spotted a beautiful 1969 Corvette Stingray at a show and knew we had to get the story behind the muscled-up American sports car legend.

This car had a big block 427 and was backed up by a factory four speed manual transmission to corral the 390 horses under its hood.

“The Corvette was an instant legend from the day it first left the factory back in 1953 and became the standard by which every other North American car manufacturer was held in the two-seater American sports car department.”

Ford countered very quickly with the Thunderbird in 1955, but General Motors never strayed from the two-seater philosophy with its Corvette. 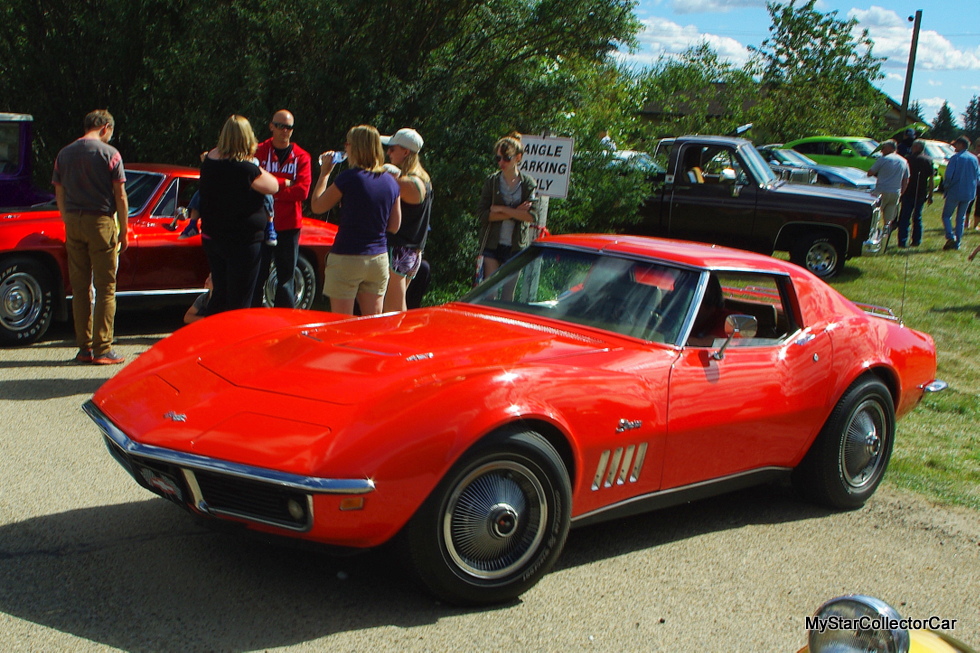 ‘Vettes just got faster and cooler over the years, starting with the original and morphing into the ultra-cool second generation Sting Ray in 1963. By 1969, the Corvette had become the Corvette Stingray (subtle name change from Sting Ray) and offered a massive amount of horsepower for these street warriors. 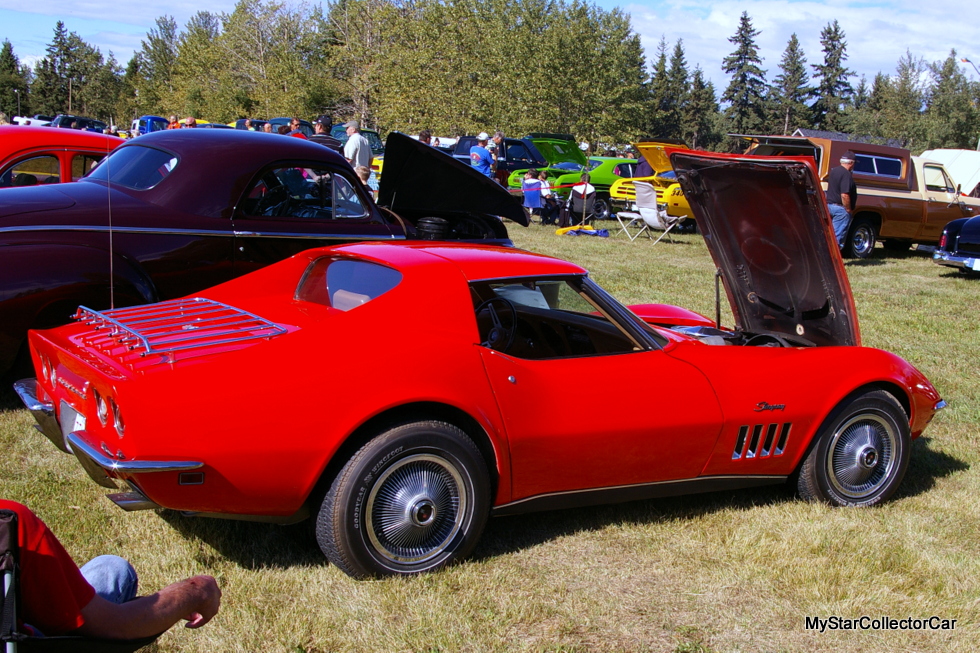 The cars looked fast and were fast the minute their owners decided to go on a right foot adventure with the gas pedal, particularly the big block ratty ‘Vettes. Most people know the term “rat motor” as it applies to the famous 427 cubic inch big block engine from the General and are aware of its brute force reputation in GM muscle cars. It was an even more exciting engine option under the hood of a ‘Vette. 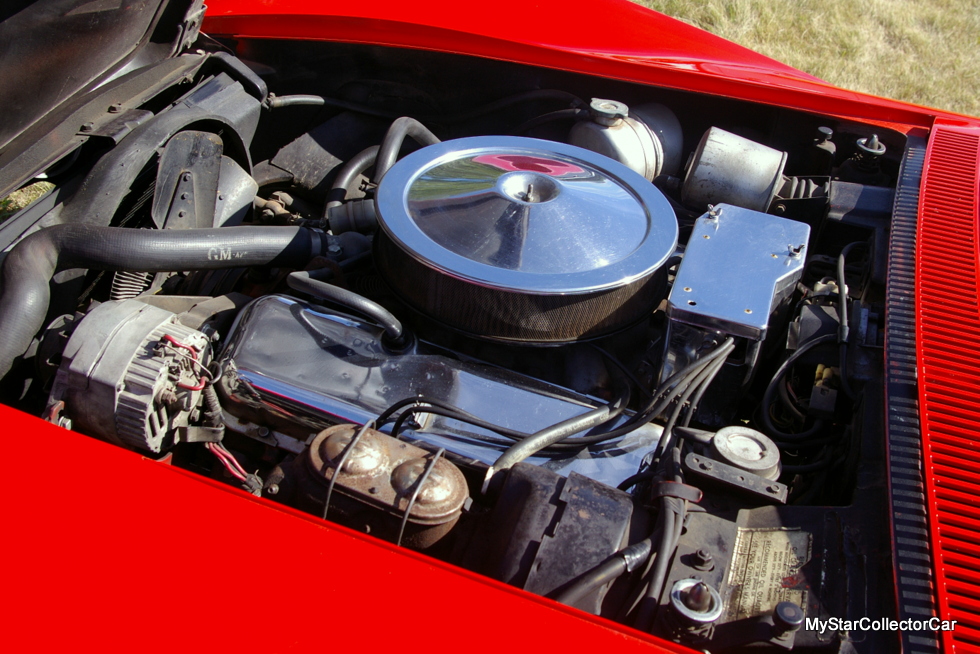 None of this information was lost on the owner of the 1969 Corvette Stingray we spotted at the show. Dieter Hercher was a big fan of these late 60s ‘Vettes when he was a young guy, in fact he was enough of a fan to buy this one in 1975.

Dieter was the proud owner of a new 1974 Chevy Vega woody wagon at the time and traded it away to get the older Corvette. Bear in mind North America was in the midst of a big hike in gas prices during the aftermath of the 1973 Arab oil embargo, so the movement was away from big block gas guzzlers and toward fuel-efficient cars like the Vega. 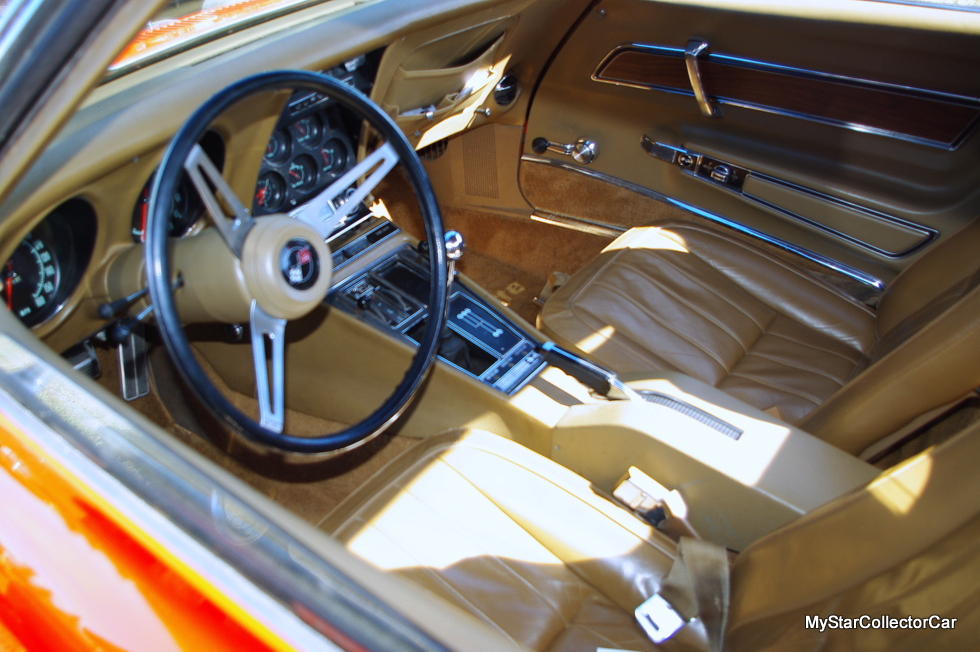 In short, it was a great time for a young Dieter to ignore the higher pump prices and purchase the car of his dreams-definitely not that brand new Vega. Dieter purchased the ‘Vette at exactly the right time in the early 70s, an oil-crunch era when muscle cars were cheaper and less desirable for most car buyers.
He was obviously a young man with a great plan back in ’75 because he knew he would never have another opportunity to own a 1969 Corvette equipped with a big block 427 for that price ever again in his life. 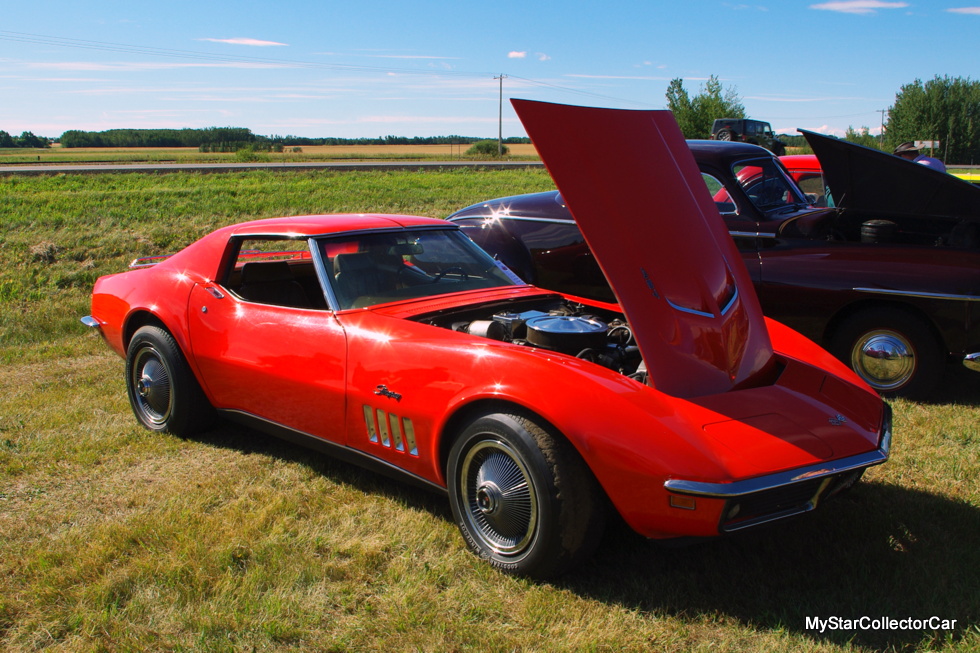 Dieter used the car as a daily driver during the early years of ownership and now he drives it about 500 miles a year. He has all of the documentation for his ‘Vette, as well as its original steel rally wheels. 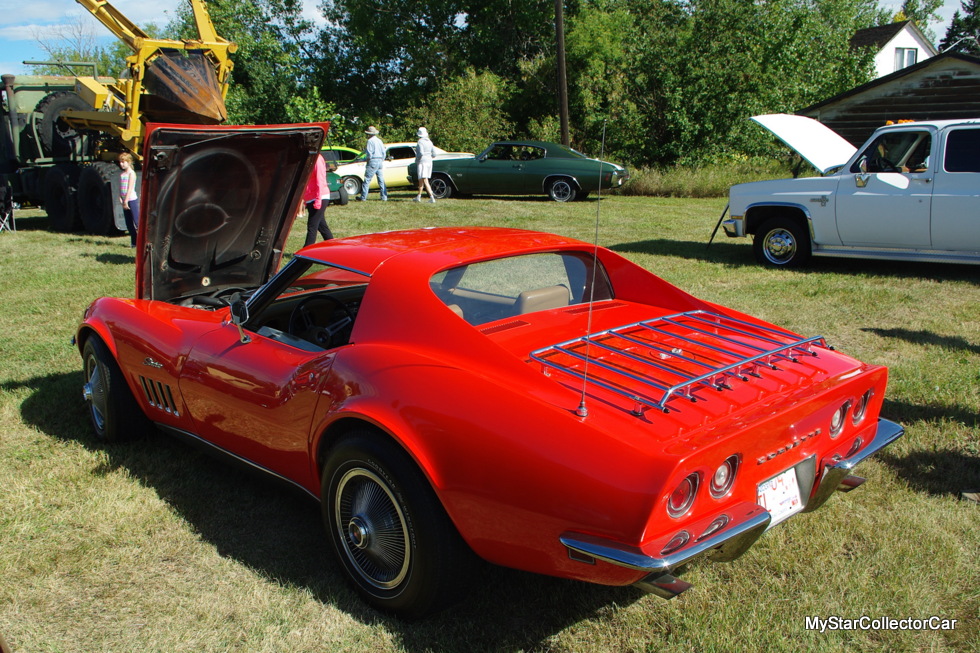 Dieter is at a comfortable financial point in life where he can enjoy the car and does not have to even consider selling his ‘Vette. In fact, the only future plan for the car is as an heirloom, because his son will be the next owner of the car.

Dieter sure knows how to make a kid happy.