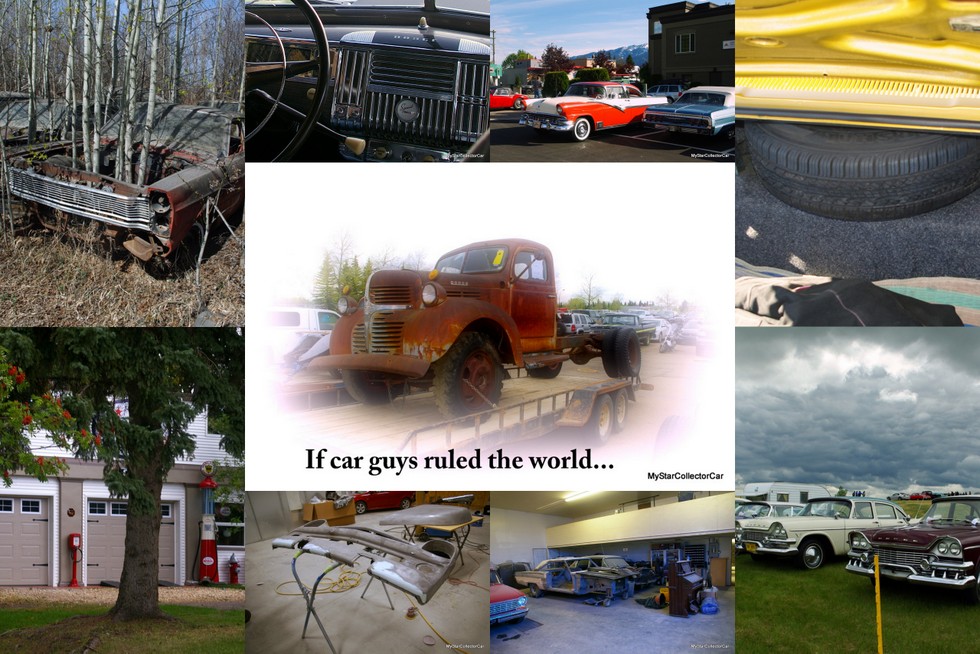 MyStarCollectorCar decided to list some of the highlights of a perfect world ruled by car guys and share our vision with our readers.

Bear in mind car guys look at the world a little differently from many other people who see little magic in an internal combustion engine housed in a vintage ride.

The first change in a car guy world would be in house plans. 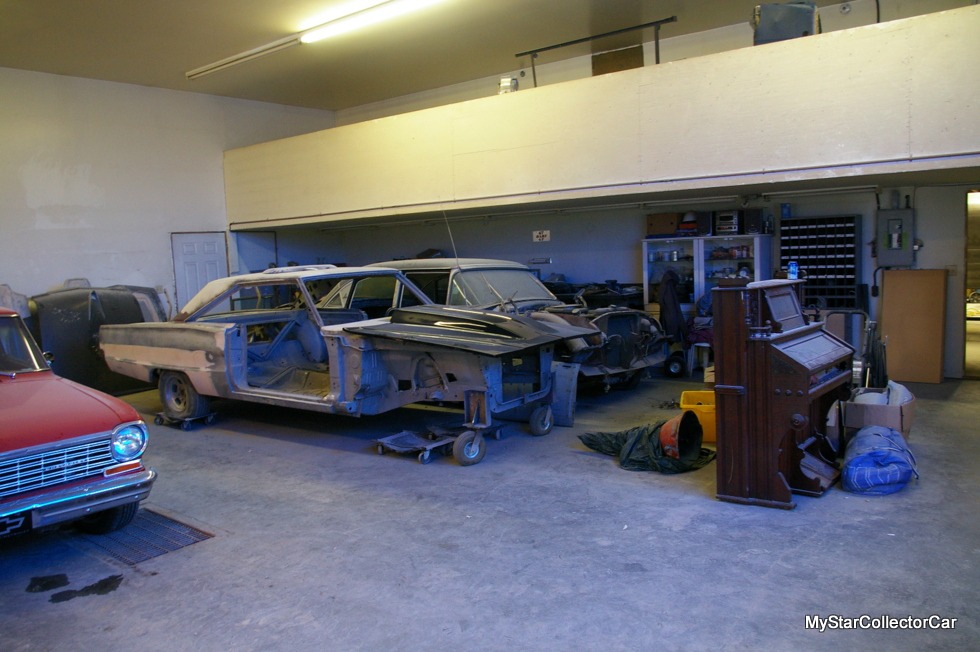 The second change in a world ruled by car guys would be a requirement that everyone has to own at least one classic ride. The vehicle would have to come from a simpler era when the only computers known to exist were seen on TV in Star Trek episodes and eventually destroyed by Captain Kirk. 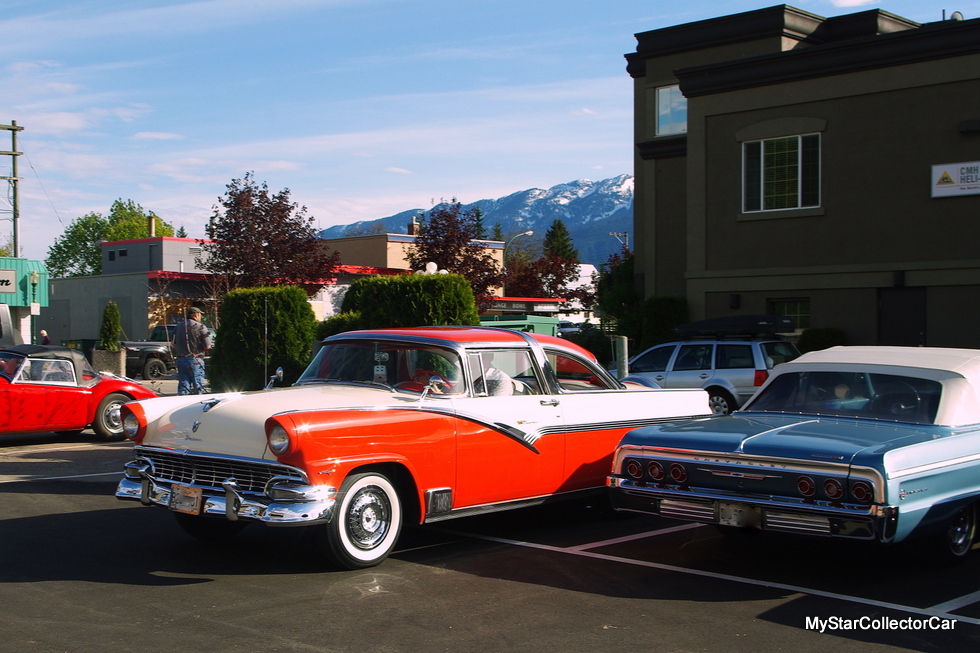 The third change would be to the education system. Shop classes would start in Grade One and be a major part of the curriculum right through Grade 12. Every kid would learn how to excel in reading, writing, arithmetic and how to change a tire in the early grade school years. 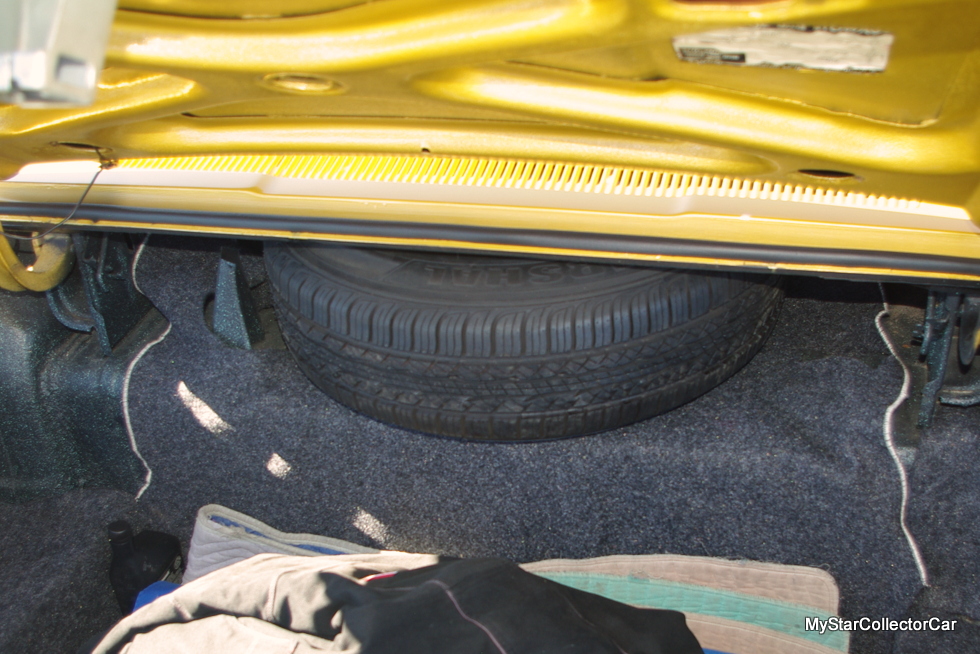 Every student would learn how to do a brake job in junior high and engine overhauls in high school. All driving lessons would be taken in a three-on-the-tree manual transmission car with non-power drum brakes and steering. 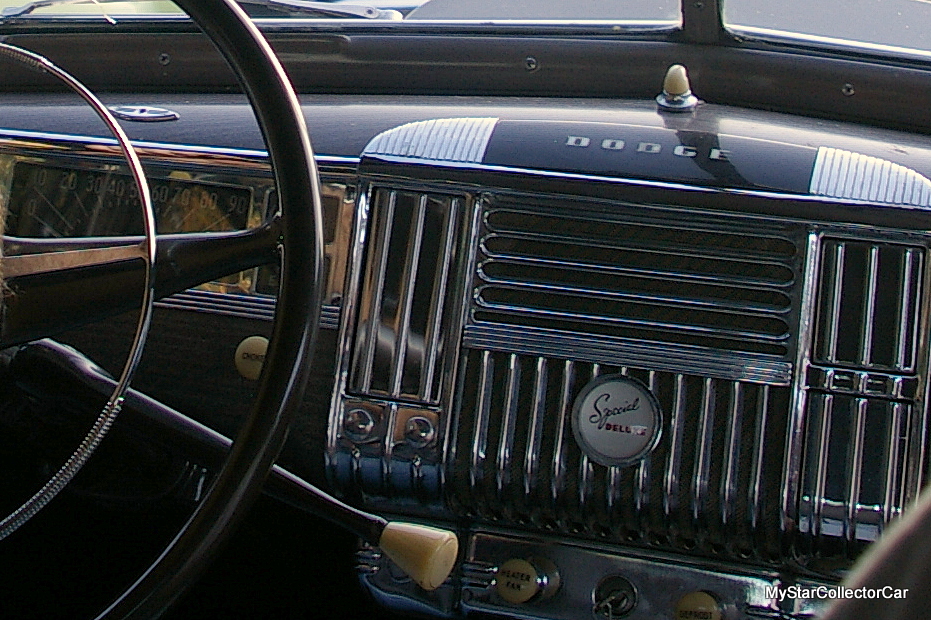 Any kid caught with a cell phone in shop class would have to watch it get squashed in the shop vise. Extra credit would be given to any student who learned metal fabrication or automotive electrical-and he or she would automatically be placed on the honor roll.

The fourth change would be to gas stations. Every gas station would offer leaded high octane fuel on their gas pump menu, along with a generous supply of filters, belts and hoses. They would also have free old school air pumps with bells that slowed their dings down as they got close to the right pressure. 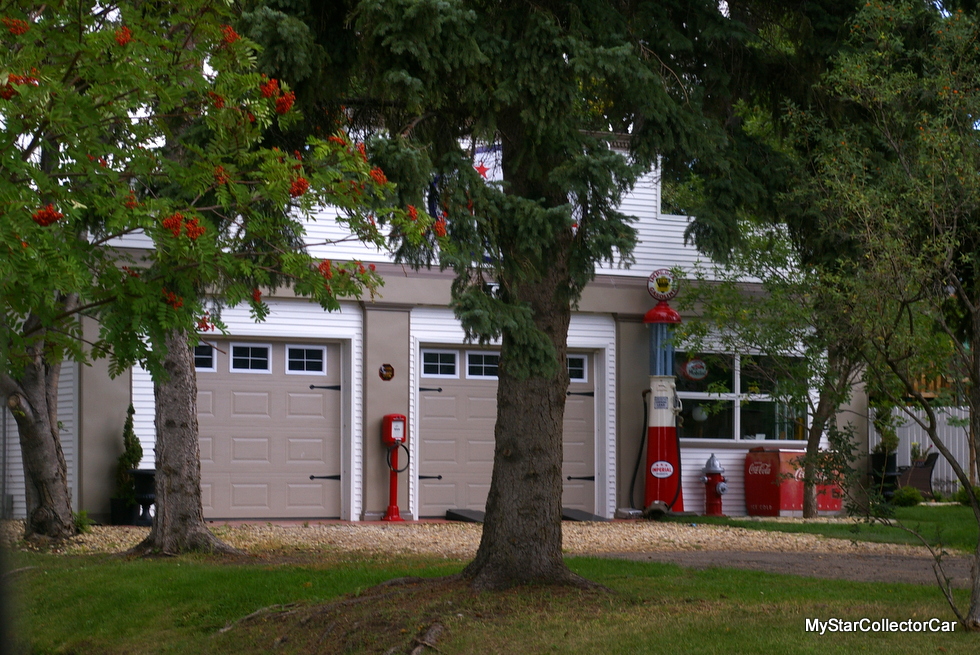 The fifth change would be to auto recycling businesses. They would be renamed junkyards or auto wreckers to reflect their historical roots in plain-speak English. Junkyard owners would also be given more freedom and better financial incentives to keep old cars in their yards, along with complete protection from tree-hugging legislators who want to crush their inventory. 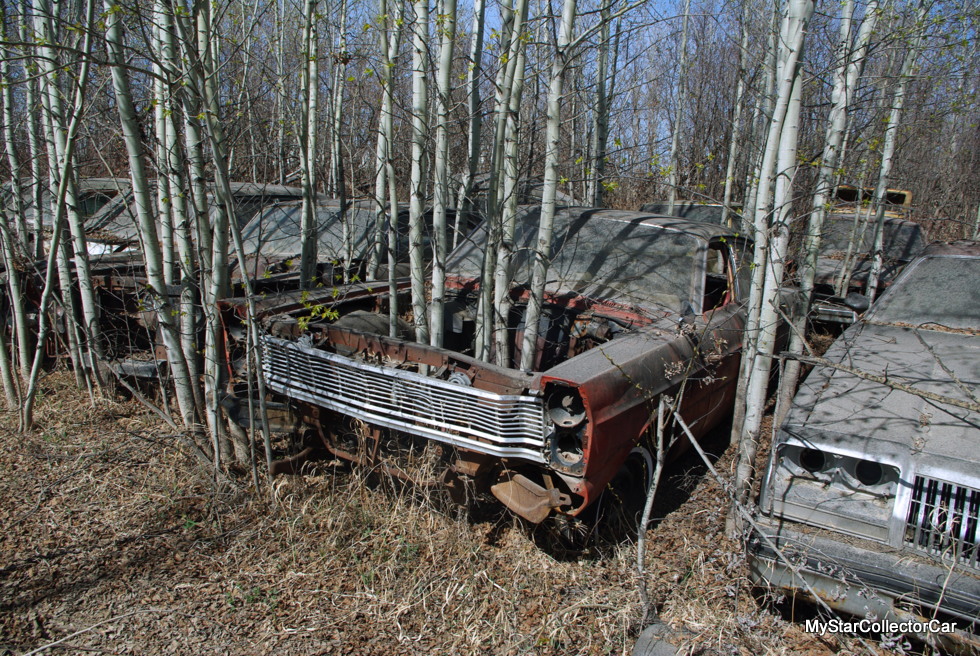 The sixth change would be the electric car program. All electric cars would be sent to an actual recycling center where they would be dismantled and recycled into toasters. 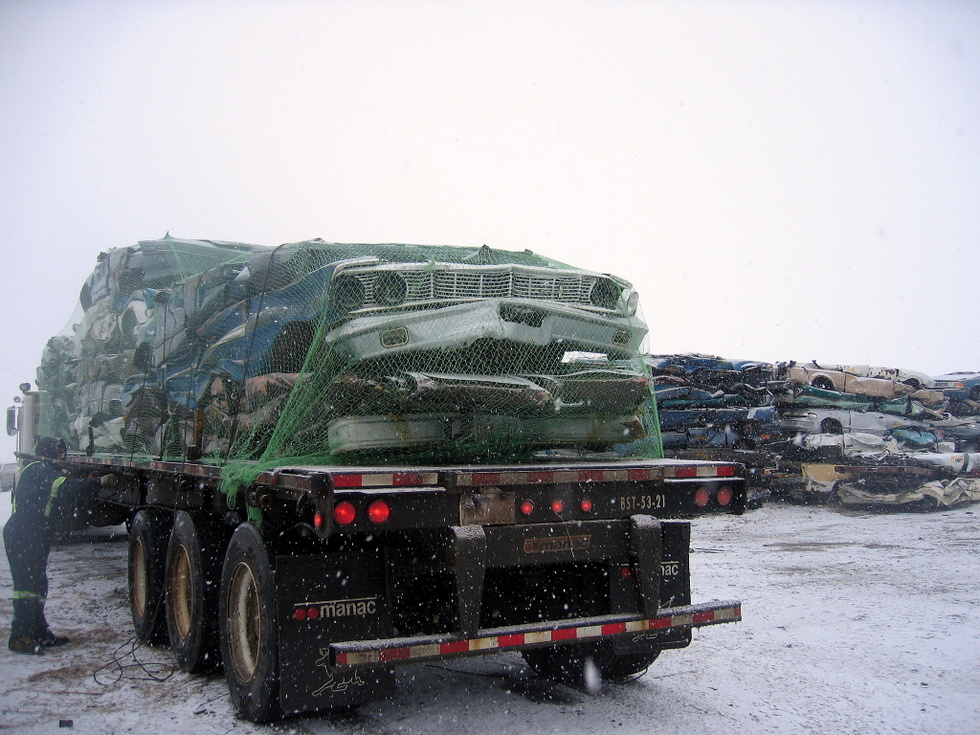 A recycling program would also apply to plastic cars so they could be melted down into replacement signal light lenses and new vinyl seats for old cars. 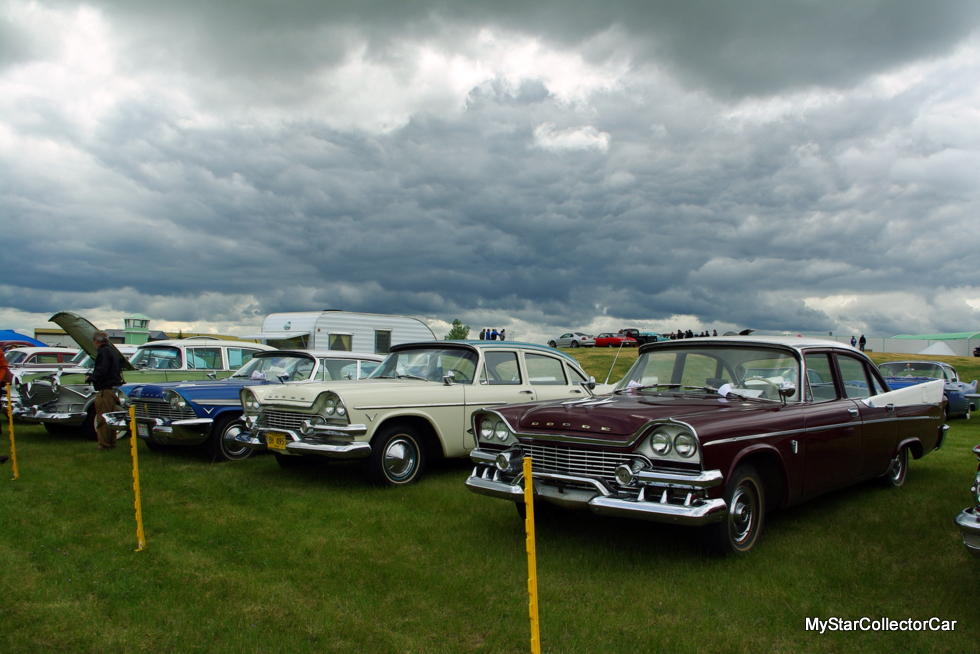 The last change made in a new world run by car guys would be to put more chrome and tail fins on all brand new models because giant fins and more chrome were always a great game plan.