There is always going to be a generation gap.

‘That gap got Grand Canyon wide when I read the Oct.9 LA Times business section piece by Martin Zimmerman that cited a J D Power study which indicated that Generation Y has less interest in cars.’

J D Power monitored Internet traffic conversations on Autoblog, Twitter and Facebook for several months earlier this year and came to the conclusion that teens and early 20-something “careerists” had less interest in our four-wheeled friends than previous generations. I understand the social websites but why would anybody get on a car website to talk about something in which they apparently have no interest?

The malady has even gotten a new name based upon the drop in car ownership in Japan. Social scientists in desperate need of a new buzzword fix call it “demotorization”. So young “careerists” have decided to “demotorize”. I have “demotorized” in the past under a different plan. My plan was to drive the hell out of a badly neglected car until a piston tried to bust its way out of its cylinder jail. Most of that decision to “demotorize” was in the hands of my car. Gen Y has changed the definition to include a conscious and apparently rational decision not to own a car.

I should be happy that a new generation has decided not to become the newest members of the gridlock gang, but mostly I am puzzled by the news. The study indicated that Gen Y was a comfortable member of a new cyber society that “perceive less of a need to physically congregate, and less of a need for a mode of transportation”. Personally the need to physically congregate was one of the driving forces behind my first car.

So this is a generation gap of unprecedented proportions if J D Power has the skinny on Gen Y. I really don’t understand these young whippersnappers if the visceral appeal of a car holds no appeal to them.

A car is the first real taste of independence in a kid’s life. Take away a car and the emotional umbilical cord survives longer than it should and the danger of a forty seven year old basement dweller living with his aging parents becomes a real possibility. This is the ugly reality of a generation with no plan to cross an important threshold which includes interaction with the real world.

Don’t get me wrong, the Internet highway is a great place to spend some time. So is a real highway, especially if it gets some kid on a road to physically congregate in the real world. 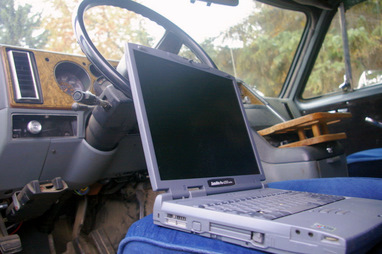