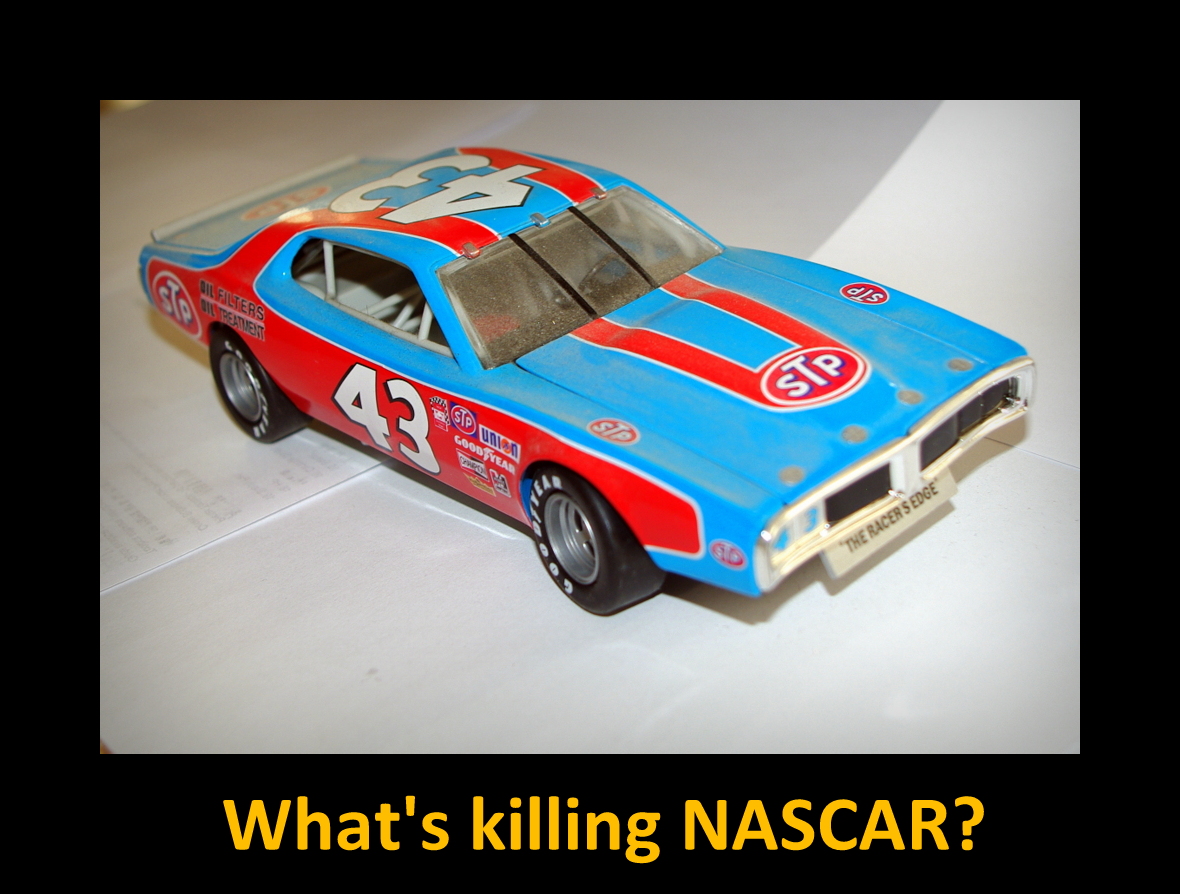 NASCAR is an American motorsports icon-or at least it used to be one.

These days the senior stock car racing circuit is not firing on all 8 cylinders and has been black-flagged by its fans.

There are plenty of reasons behind the current woes in NASCAR and its uncertain future.

One of the biggest reasons is the cars. The term “stock car” is laughable at best because today’s Cup cars bear little resemblance to their stock versions. 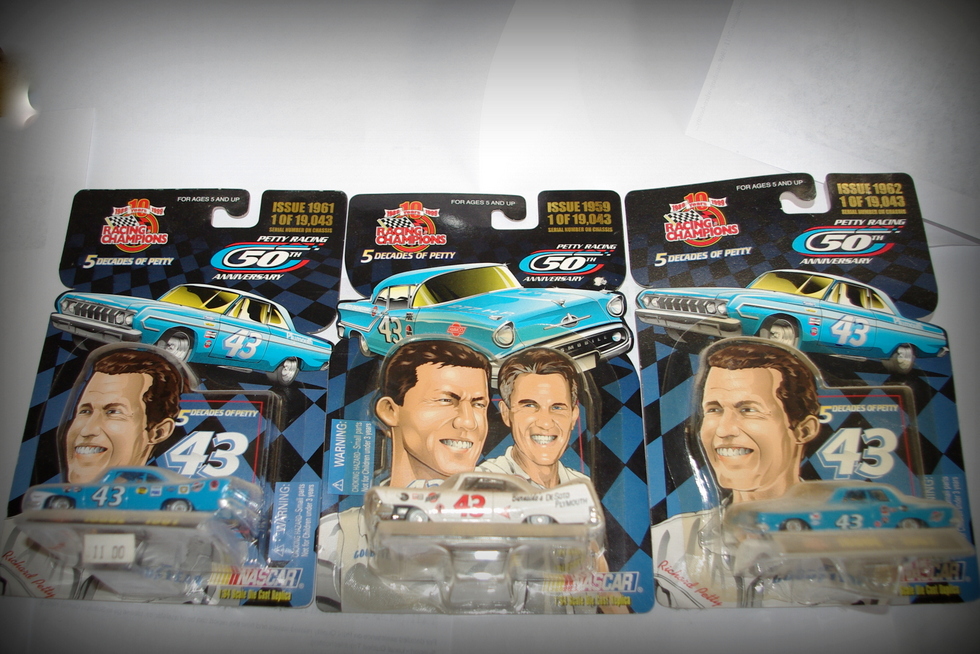 In fact a Cup car without decals would be indistinguishable from any other make in 2017. We need the decals just to make the distinction between a Toyota and a Chevy in a race. The cars follow the same intricate template design that will give them maximum wind drag efficiency at high speed.

None of the “stock car” models in Cup racing even come in two door coupe versions and yet we witness two models competing every week during race season. NASCAR used to require a basic adherence to a stock version and the manufacturers used to build versions of the track cars to comply with the regulations.

A good example of compliance is the Plymouth Super Bird. These cars were built in limited numbers so Chrysler could get an aerodynamic edge on its competition after Ford began to produce sleeker cars like the Talladega in the late 60s. 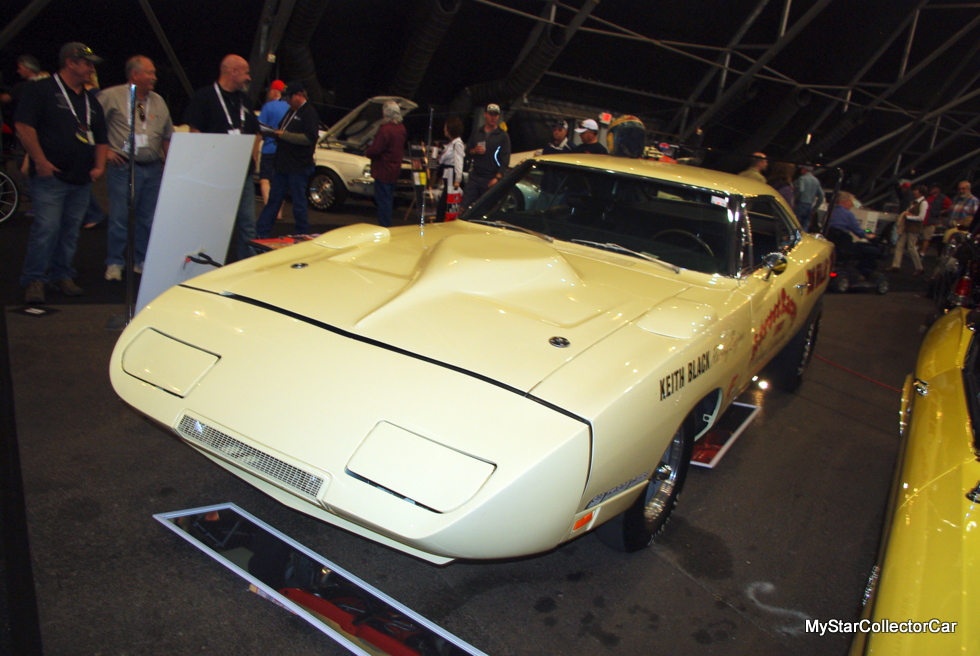 That was how things were done in the past. The Big Three raced each other on and off the track with factory versions of their track cars. You could take the decals off any of the track cars and still know the year, make and model of the race vehicle by its basic appearance.

Another issue is the exit of Chrysler in Cup racing. They left on a high note after winning a championship with Brad Keselowksi in a Dodge, but their departure from NASCAR also eliminated a sizable segment of Mopar enthusiasts who went from rabid NASCAR fans to casual NASCAR fans. 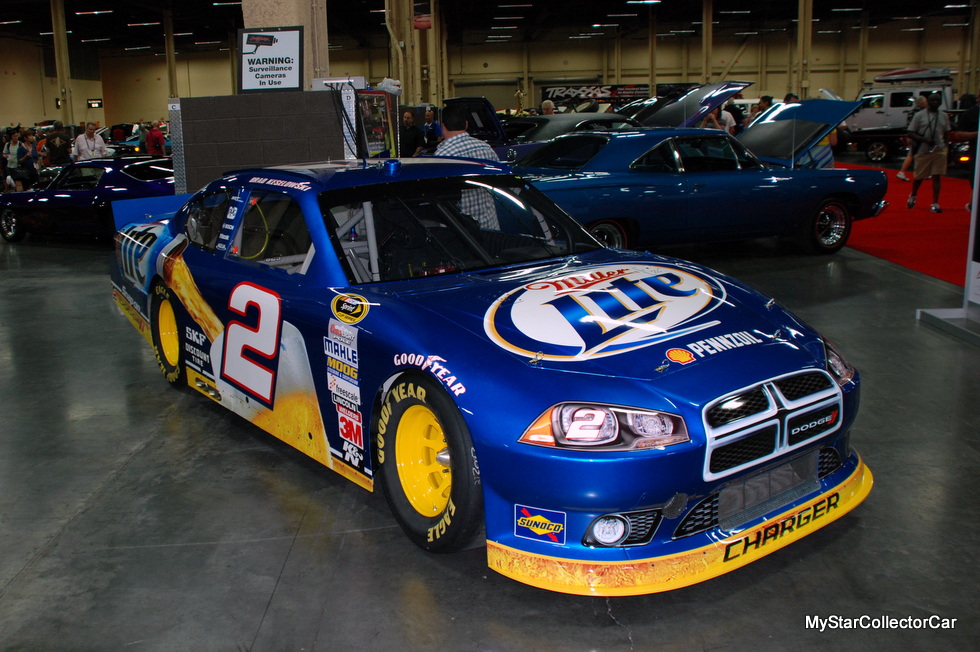 NASCAR was once again a sports league in which Mopar fans had no team and they moved away from the sport.

The other issue was the intense effort put forth by NASCAR to make Danica Patrick their newest superstar-despite her mediocre career in Cup racing. On-air cheerleaders like Darrell Waltrip sang her praises every time she even managed to get into the Top 10 during a race and viewers were not impressed with the undeserved accolades. 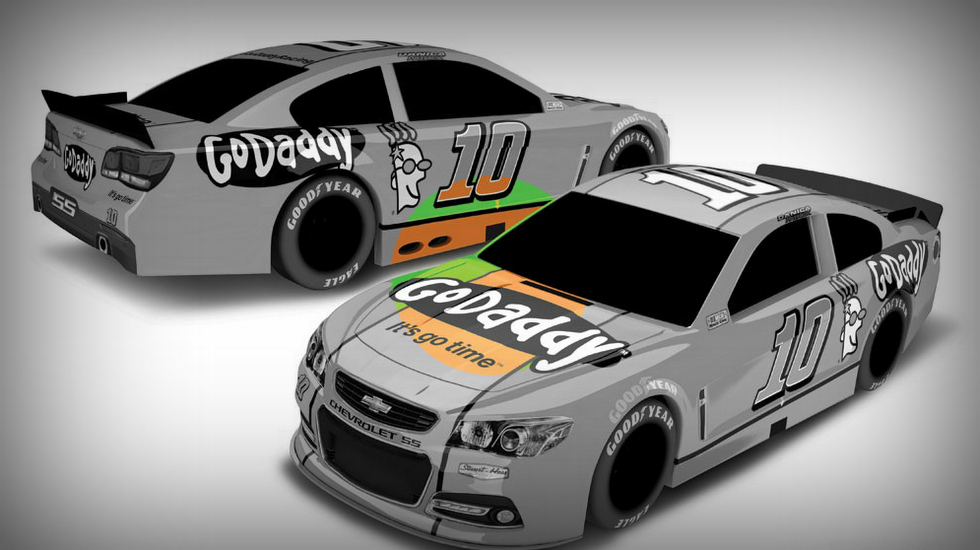 A steady diet of Patrick worship was a bad move and eventually fans began to resent the inclusion of a mediocre driver in the publicity mix at the expense of top tier drivers. She still sells a lot of merchandise to love-starved male fans who view her more as a bikini model celebrity and ignore her driving skills.

The only way that NASCAR can regain its popularity under current conditions would be a Dale Earnhardt Jr. Cup championship and that is an unlikely prospect, given his current health, age and inability to consistently finish high in races over an entire season. 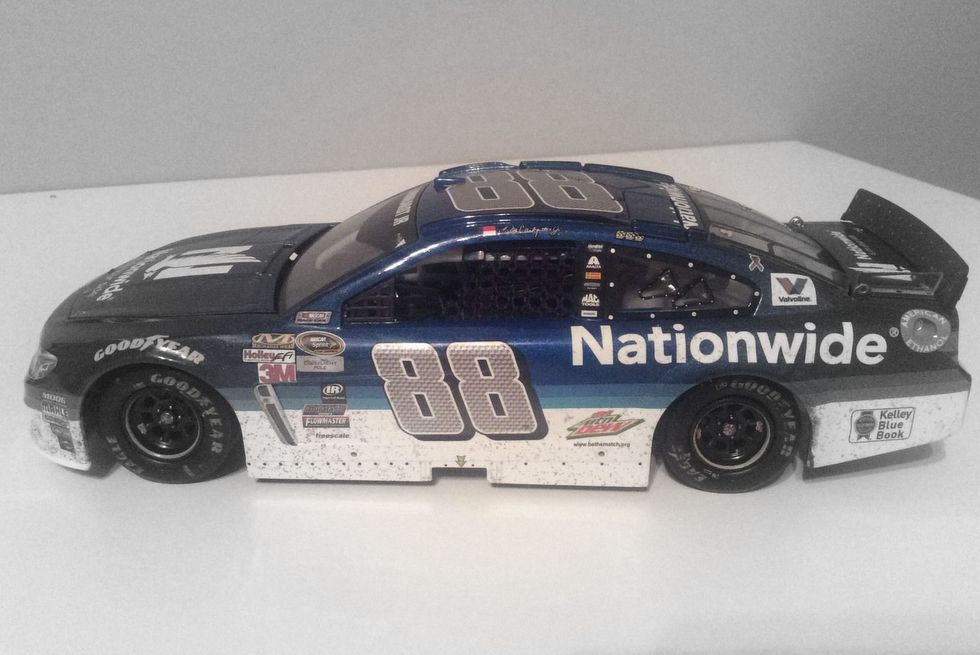 The best way for NASCAR to regain its fan base is to return to its roots. GM, Ford and Chrysler already have production model 2-door coupes with their pony cars and these vehicles have performance engine options right from the factory. 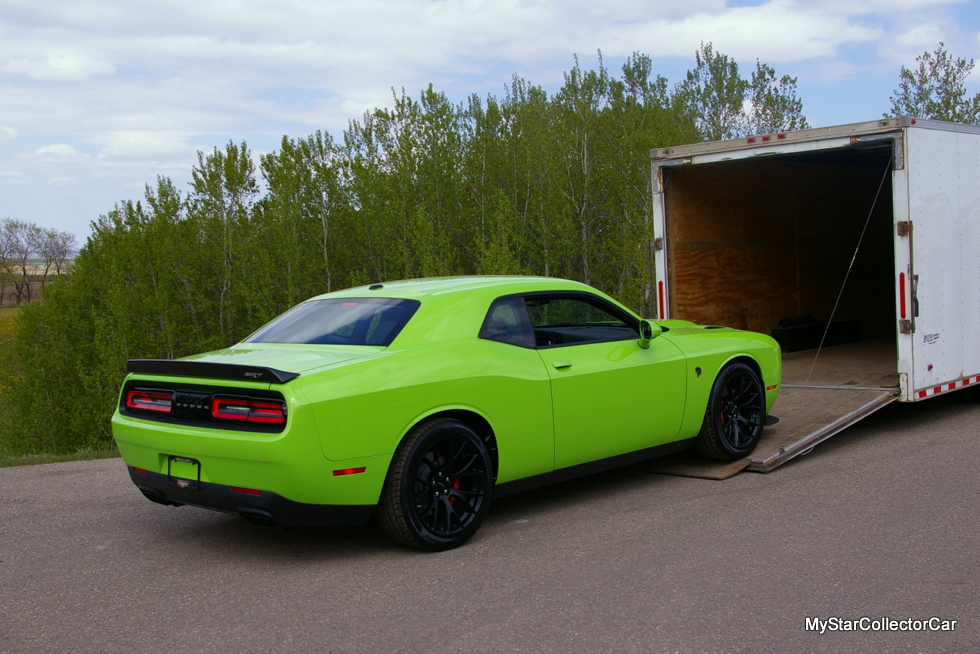 Therein lies a perfect base program for future NASCAR race cars: cars that are once again closer to the stock versions in both style and engine platforms. Detroit would be able to resurrect the mantra “Win on Sunday-Sell on Monday” and use it as a legitimate sales technique. 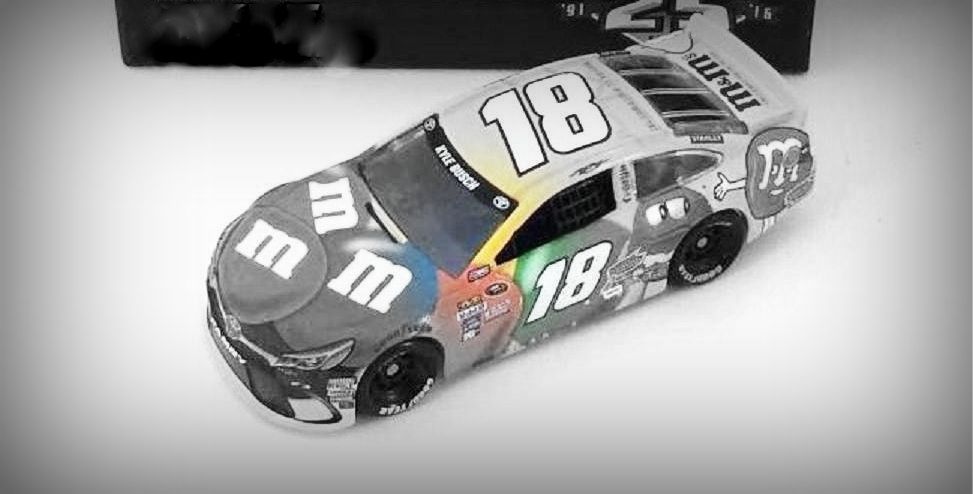 Toyota would either have to build an actual 2-door coupe or find another race league that allows a very loose interpretation on the term “stock car” in its rules.