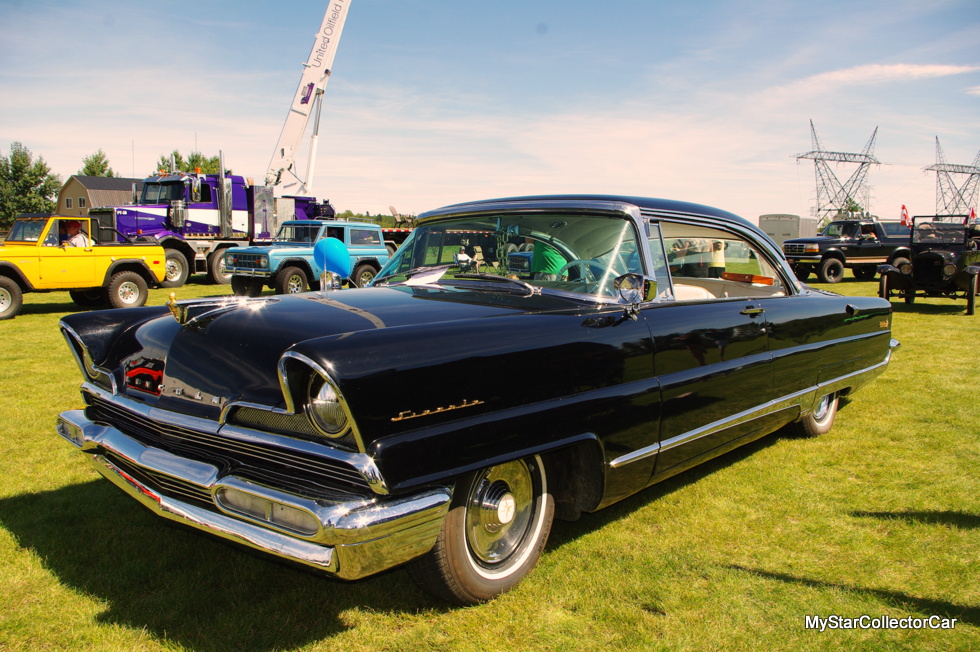 You often hear the same story in the car hobby.

‘The plot is simple—guy gets car—guy sells car—guy regrets selling car for years after the transaction.’

The only way the plot changes is when the guy actually gets the car back. 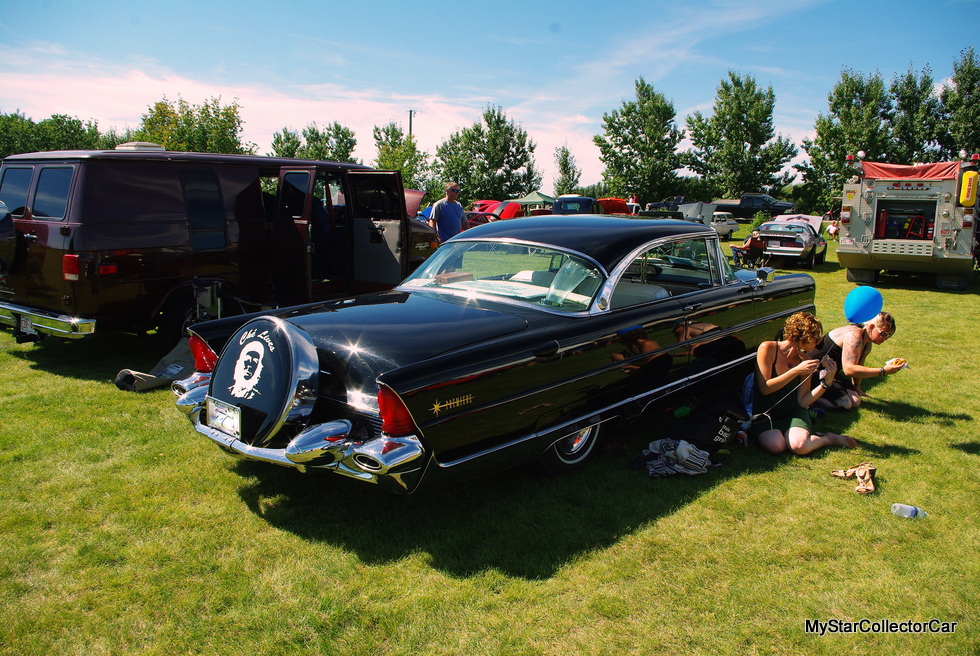 Jim Foesier owns a classic 1956 Lincoln because this car had the “guy gets car back” plot line down to every detail. Jim explained how the original owner, “bought the car brand new and tracked it down after he sold it”.

The guy missed the car so much after he sold it he had immediate seller’s remorse so the natural solution was to find his ’56 Lincoln and buy it back.  He was reunited with his car and the only thing he did was repaint it and fill the trunk with car show trophies. 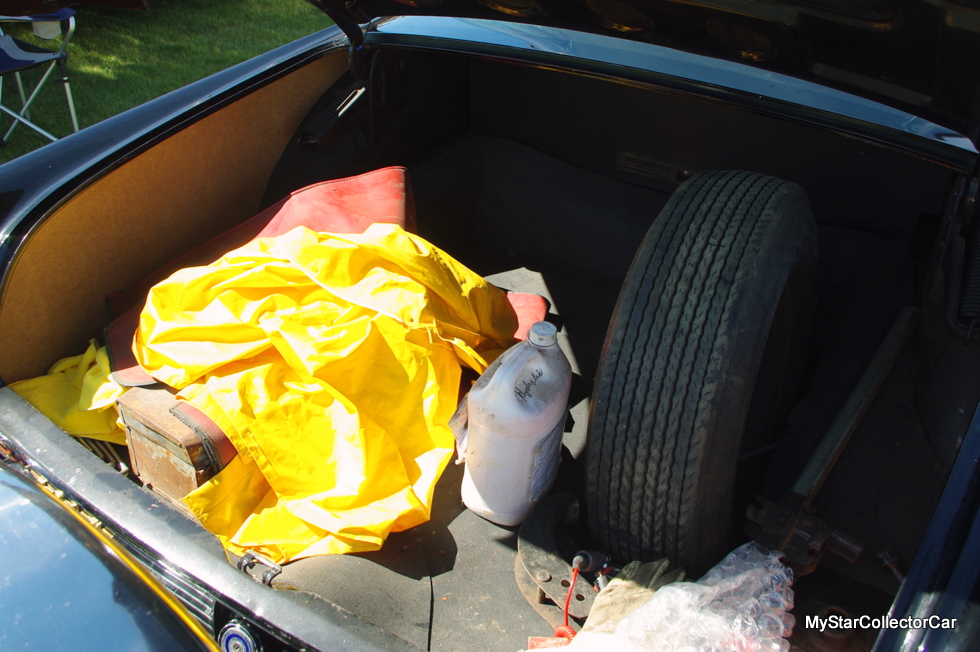 Jim bought the car from the man’s estate because the original owner’s wife had very little love for the car or her husband’s hobby. She emphasized her contempt for her late husband’s passion by burning all his trophies in a classic eternal enemies “wife versus old car” maneuver. 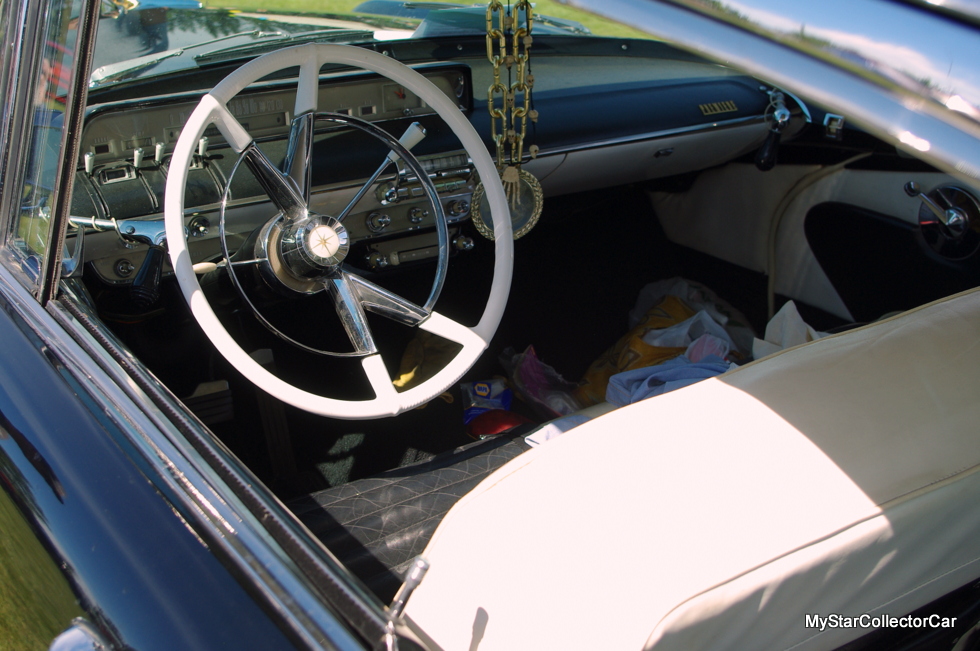 Jim is a student of this Lincoln so he understands every nut and bolt in the car. He pointed out how the 368 cubic inch engine is painted “Ford blue instead of the factory correct turquoise” and this was the first year for the variable venturi  carb. 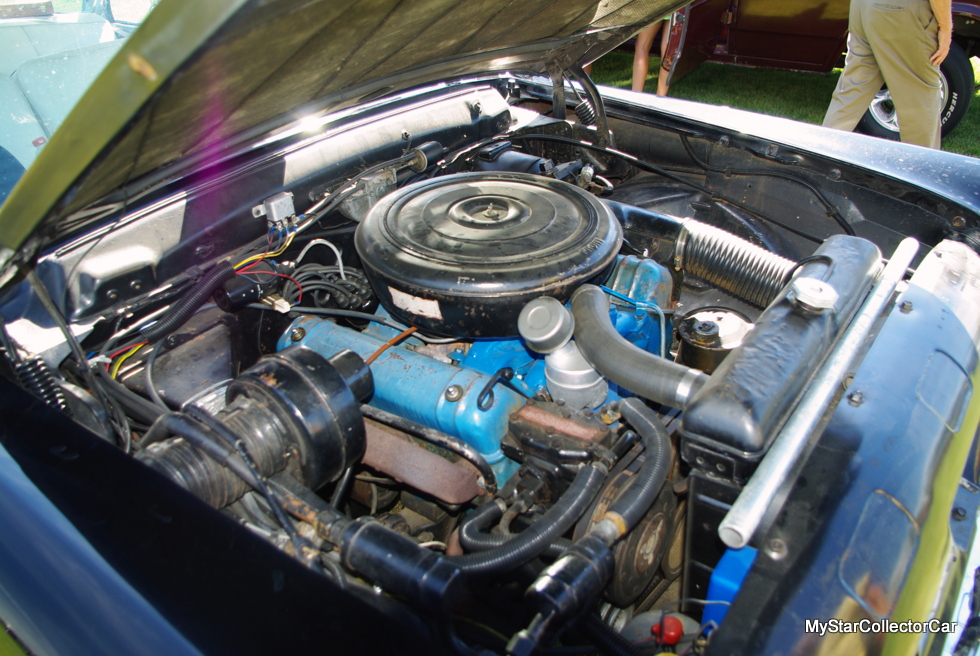 The only option it doesn’t have is the self-lubricating front end but this Lincoln is a loaded car in every other way right down to the gold-plated trim. 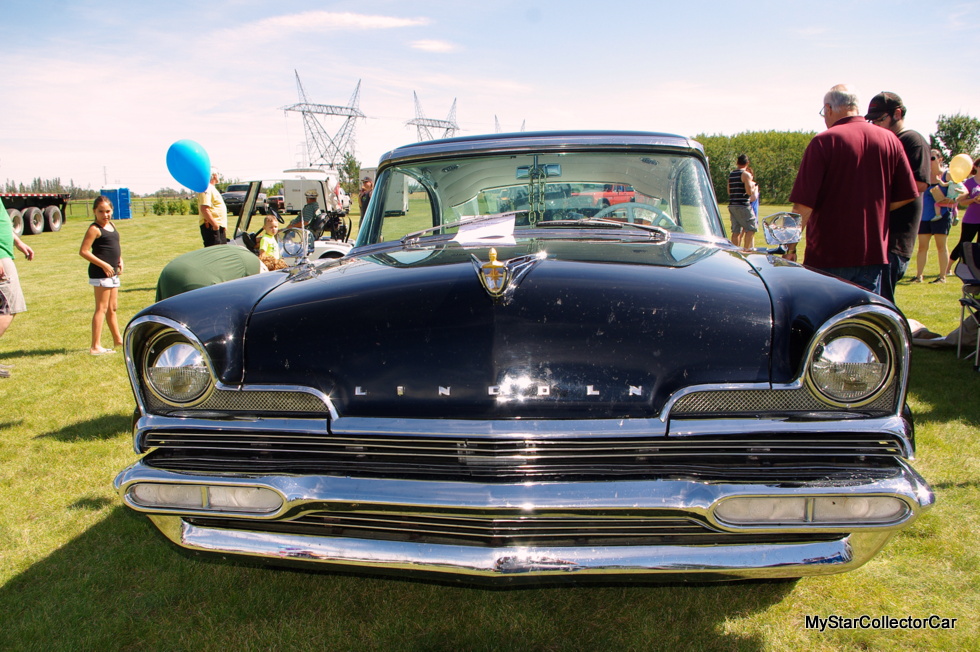 The previous owner was a fanatic about his car but it came with a price because his constant polishing rubbed off some of the plating at the back of the car in the trunk area. 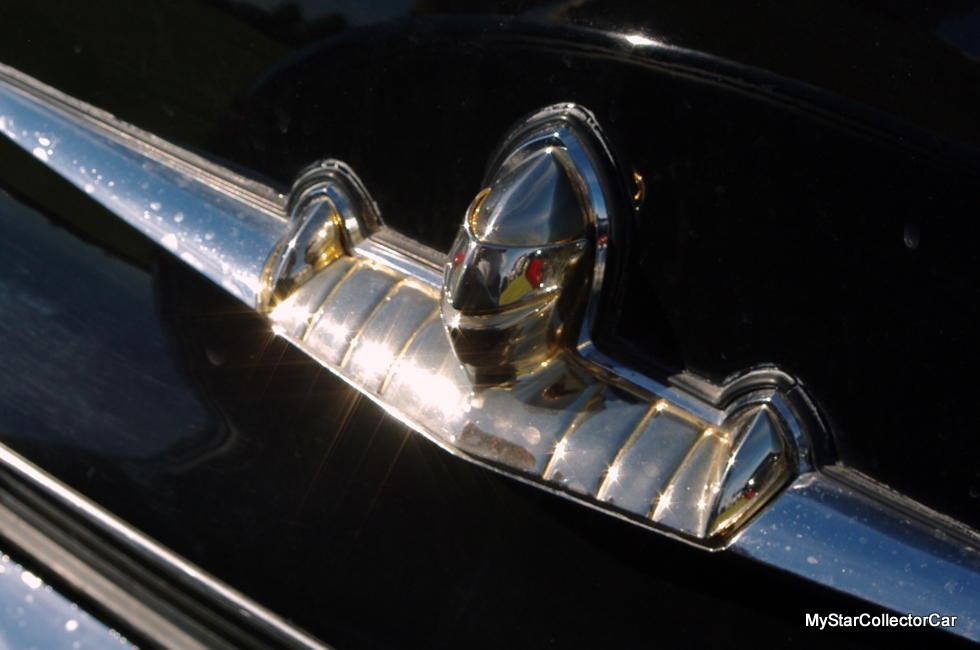 Jim described the Lincoln as “original as they come—there are no cracks in the steering wheel but the exhaust outlet is changed from the bumper because of the heat issues”. 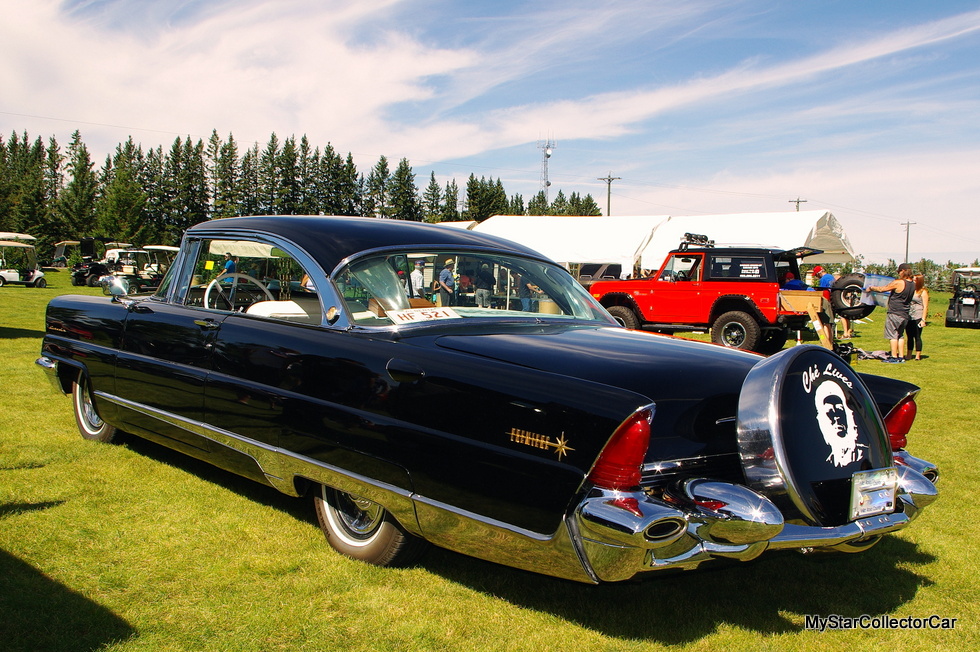 The air conditioning still works like they built it at the factory and Jim pointed out the various outlets for the system throughout the car. 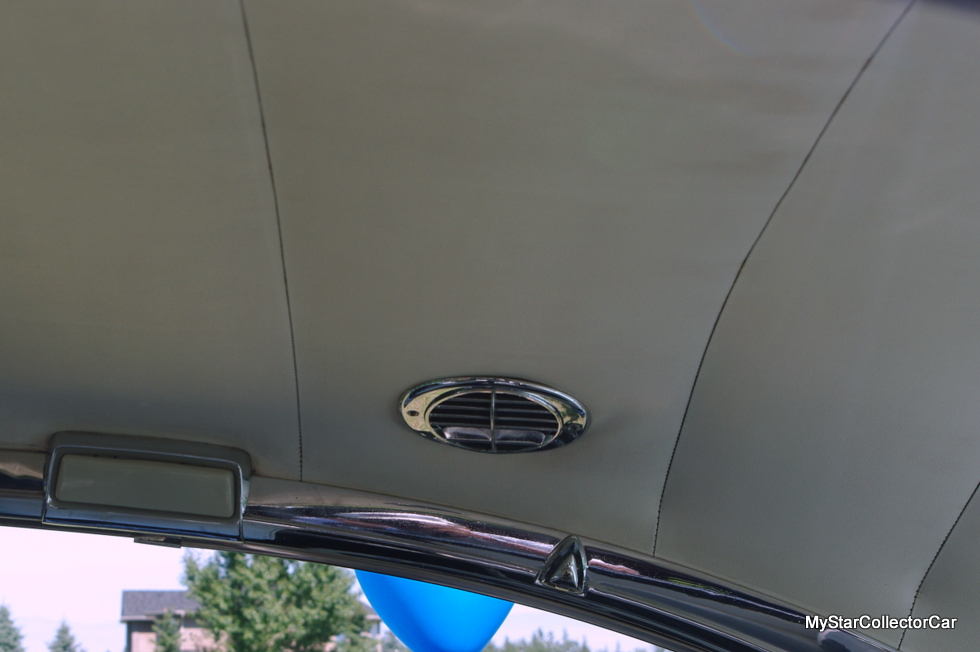 There is literally power everything in this Lincoln so this was a state of the art luxury car—including the factory dual spotlights. 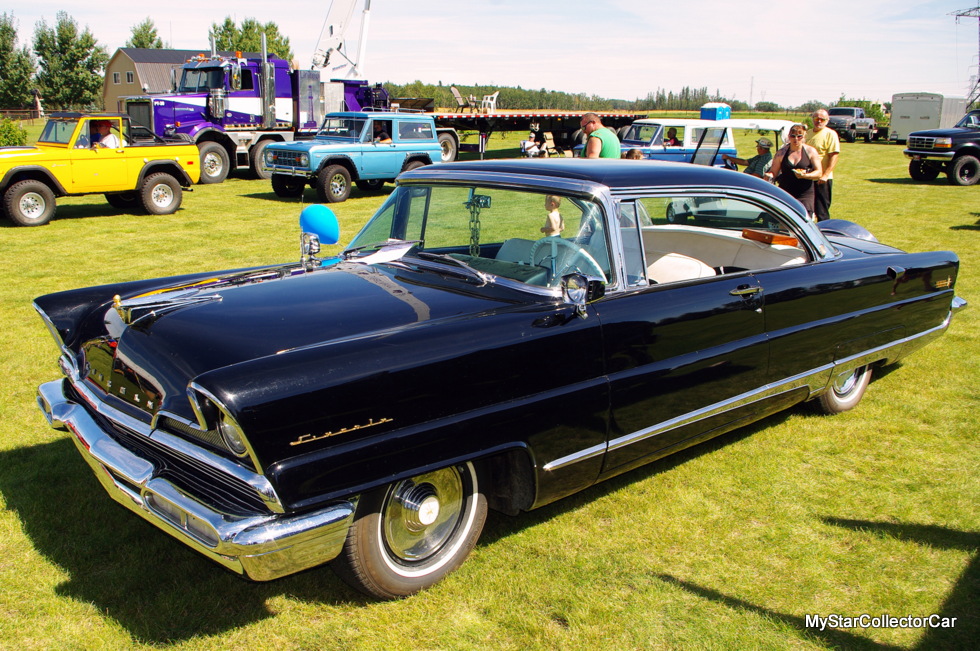 Jim has a few personal touches planned for the car but he’s already added his own style to the car in the form of a Che Guevera Continental Kit.  This is his own political statement embodied in a car but he still has the original version safely stored away.  He’s also going to add period correct whip antennas for a pure 50s custom look. 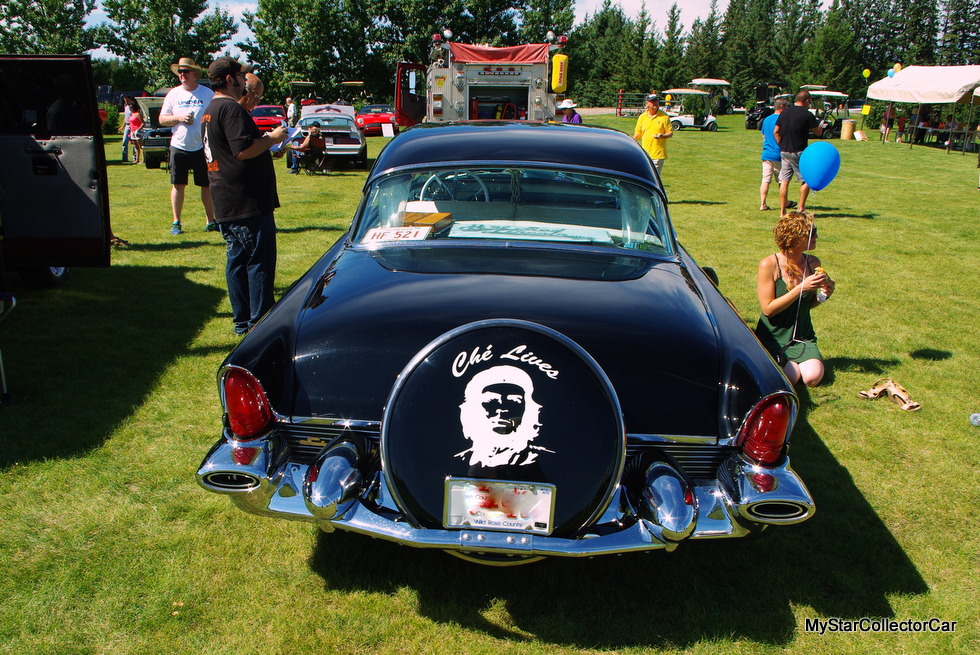 Jim hasn’t had the car out as much as he’d like but he really likes the feel of this classic Lincoln. He said he “could probably bury the speedometer” because this car will run out of highway before it will run out of speed thanks to a lot of torque and highway gears. The ratio also explains why this car gets great gas mileage. 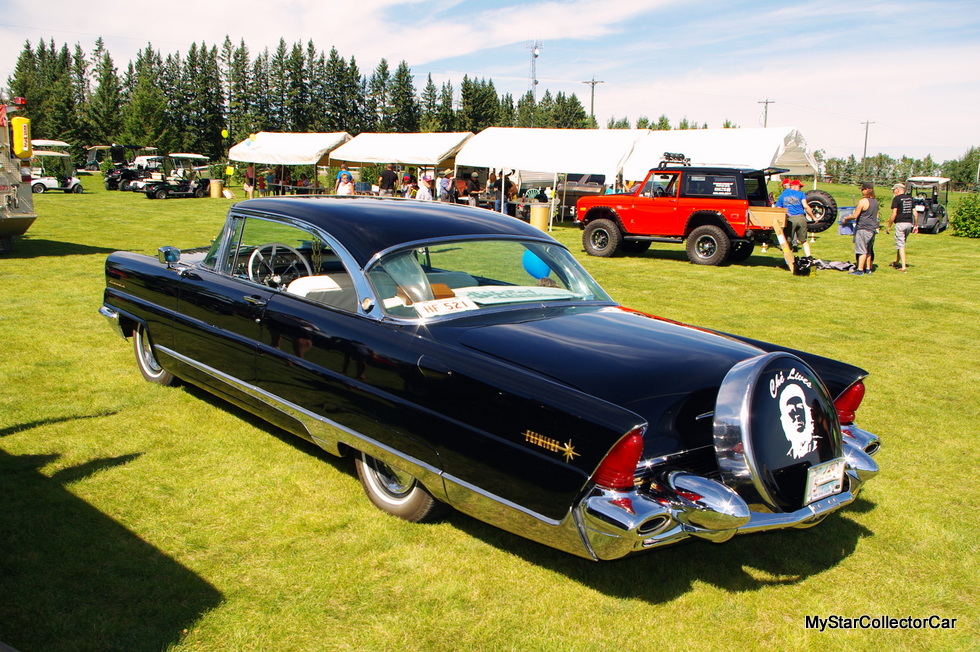 A 1956 Lincoln this original would be a welcome addition to any collection so Jim is the proud owner of a classic—unlike the widow of the original owner.