There is an inner demon that every car guy battles every minute of every day while he still has a pulse: an uncontrollable urge to save every broken and rusty old ride on the planet.

Common sense and hostile brides are the only known controls available to car guys for these afflictions.

Sure a car guy can spot the inner beauty that is a fundamental part of every rust bucket that is slowly and painfully spilling out its iron guts-one oxidized molecule at a time. But we can’t save them all, no matter how much we love rusty old basket cases.

Time is not ours– nor their friend. Most of us would have to live through dozens of reincarnated lifetimes spiritually united by the single common thread of automobile restoration to complete the task.

But we still dream the impossible dreams because that is also part of the allure of car guy world: it gives us a rare entrée of endless possibilities in a world that serves an abundant menu of reality and limitations.

That old car with more daylight than metal in its composition/ structure is more than just a car to its owner. It is a journey that will be filled with perils, pitfalls and many horrific moments of self-doubt and anguish to make it whole again.

A car restoration is a very expensive Humpty Dumpty puzzle that will challenge every other facet of a car guy’s life before it gets put back together again-assuming that the car is still reparable during the process- and his marriage after the process. 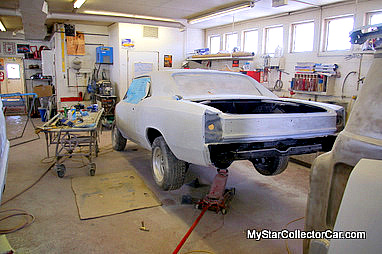 There is only one way that the old car salvation can get worse for car guys: several old cars that need plenty of salvation. A car guy who toys with an entire herd of rusty relics is a man with a lit cigarette in a dynamite factory.

Sure there’s a slight chance that he may not set off an explosion of Armageddon proportions in his personal life, but the betting money for most car guys who choose this perilous path leans heavily towards a loud ka-boom.

We can’t save ’em all–even if we wanted to- so we have to choose Plan B. Plan B is one car at a time with a realistic blend of resources, time, skills and, most importantly, spousal approval.

One man’s rust bucket may well be another man’s lifelong dream car, so who are we to hijack another car guy’s dream and make it rust in peace on our to-do list? The car and the other car guy deserve their chance for happiness. Humphrey Bogart plainly saw it in ‘Casablanca’ when he let Ingrid Bergman get on that plane. 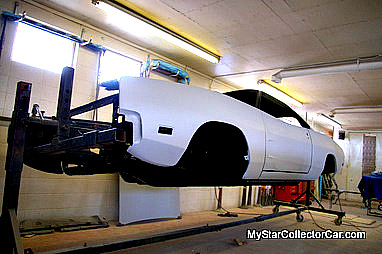 It’s the least we can do for an old car and the right car guy.

It may well be the beginning of a beautiful friendship to step aside and let somebody else have the old rust bucket.