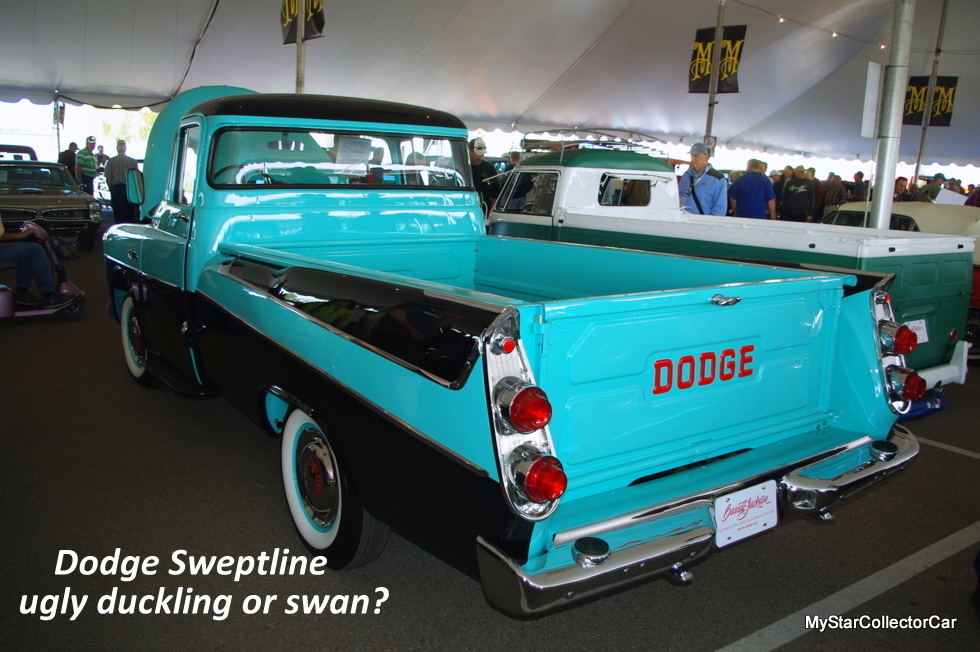 One of the most famous features of Detroit’s finest in the Fifties was the generous use of fins on cars.

The finned rear deck styling cue was a mainstay of many cars and it celebrated the dawn of the Space Age in the late Fifties.

Russia broke the space barrier first when they managed to achieve orbit with their Sputnik I satellite in low orbit above Earth in 1957. The little Communist space traveler managed to stay out of Earth’s gravity clutches until early 1958 when Sputnik returned in a blaze of fiery but fatal glory. 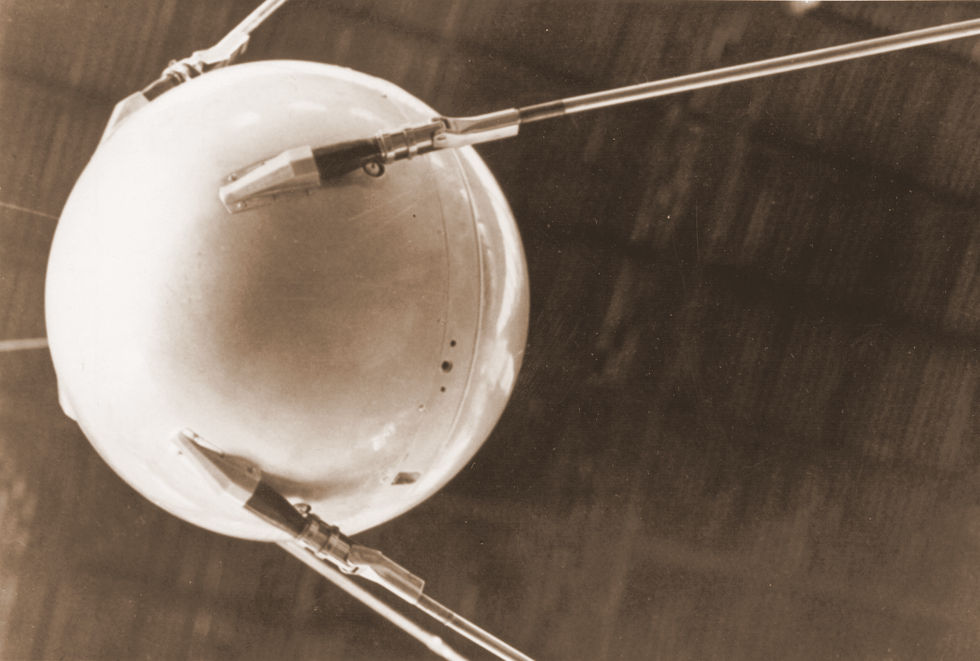 The launch of Sputnik 1 lit up the space race between the United States and Soviet Russia. The two nations were locked in a Cold War where demonstrations of strength were a big part of the conflict. 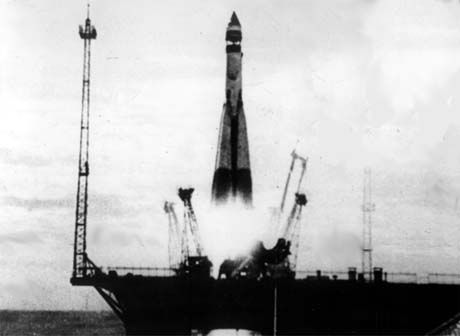 A Cold War was infinitely preferable to an actual conflict between the two nuclear-equipped super powers. Thus a battle for rocket supremacy in outer space was a good counter-measure to ICBM rocket battles back here on Earth.

The dawn of the Space Age most certainly did not go unnoticed by the Big Three in the late Fifties. The most famous pioneers in the finned car movement were GM’s Harley Earle and Chrysler’s Virgil Exner. These two gentlemen literally took fins to new heights by the end of Fifties and built some of the most recognizable styles ever built in the history of the automobile. 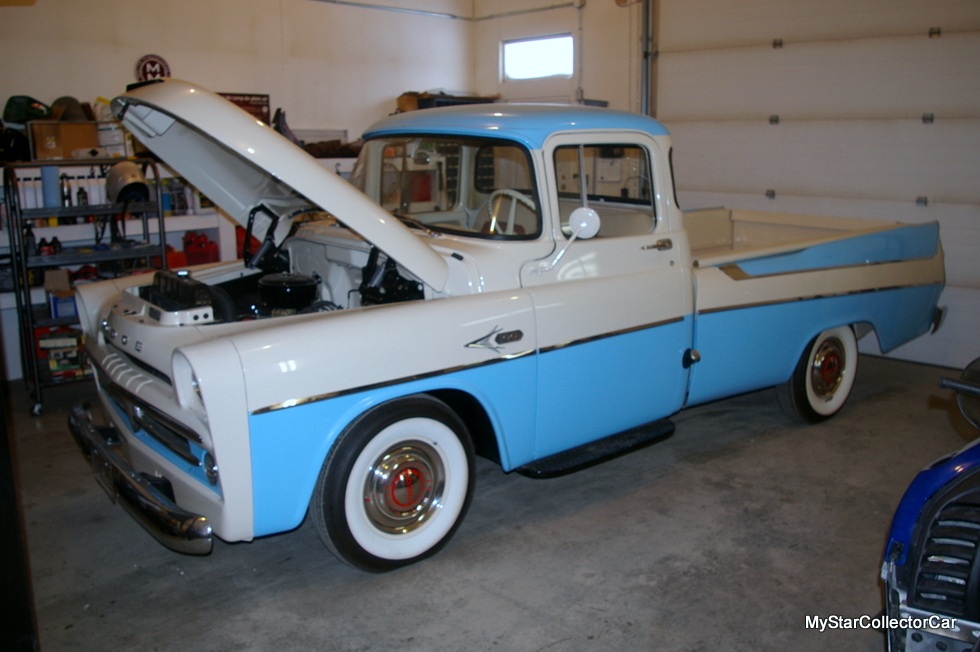 Chrysler also applied the fin philosophy their pickup trucks, although there is no clear evidence that Exner was behind this decision. The trucks’ fins were borrowed directly from their car counterparts and were an attention-getter, to say the least, when the Sweptside pickups debuted in 1957. 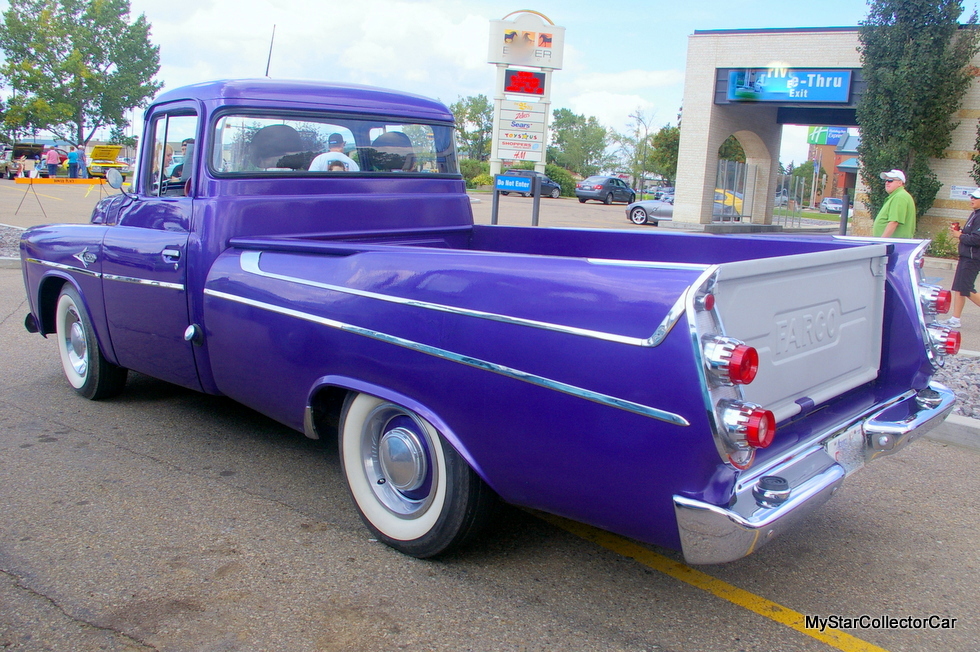 Sweptside trucks were built for only 3 model years from 1957-59 and were not a huge hit with buyers. Exact production numbers remain a mystery because Chrysler destroyed their truck records in the mid-70s when the Mopar boys considered dropping their truck line.

The trucks were an offshoot of the basic Dodge pickups and required extra hands-on labor to put the car fins on them. The sales pitch on the Dodge Sweptside was an upscale pickup that offered many creature comforts not typically found in a Mopar truck.

The fly in the ointment was the average truck buyer’s philosophy in the late Fifties. The pickup truck owner in that time frame was typically a working man who needed a truck for hard work and not a night on the town at a black tie event.

The Sweptside truck offered little appeal to these buyers because it was more expensive and featured more options than any average truck buyer ever needed in a work truck. Suffice to say that Sweptside sales were not strong and Chrysler retired the idea in 1959. Finned cars were also phased out in the early Sixties and an era of remarkable finned cars drove off into the sunset. 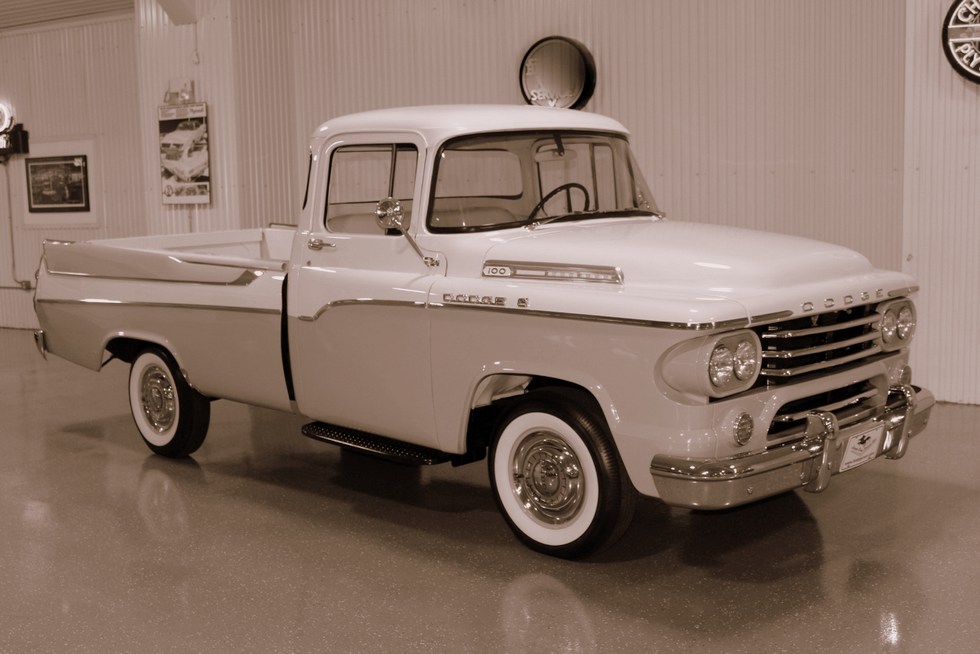 The passage of time has been kind to both finned cars and trucks. They are in great demand and the average price of a Sweptside truck has gone through the roof and into the same orbit as Sputnik 1.

These days a Sweptside will draw a ton of attention at a show or auction where they are rock stars in the car hobby. The host of a Canadian car show described the Sweptside as “ugly” several times during an episode. 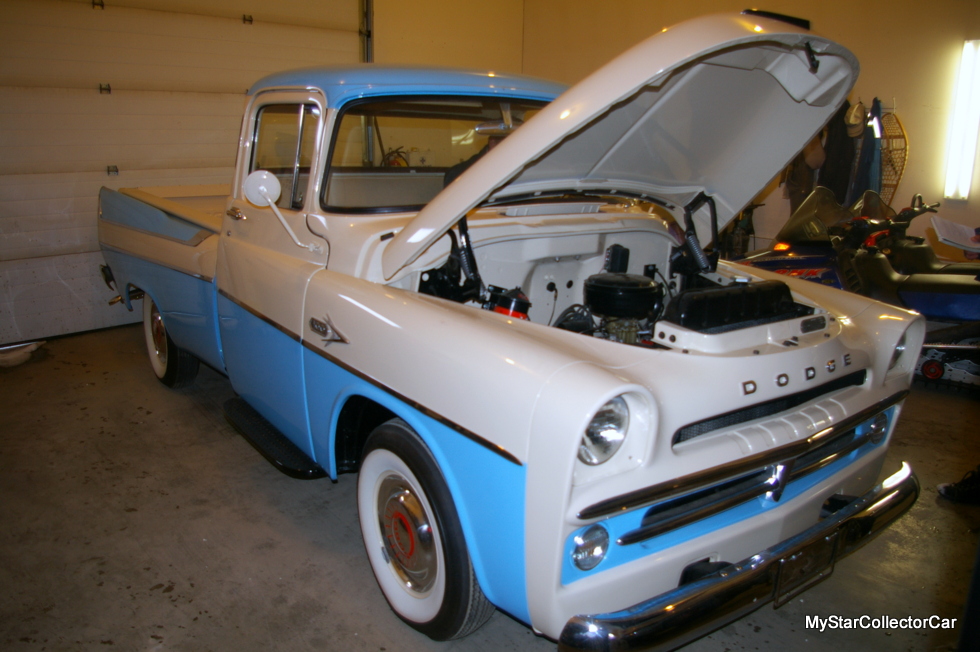 Nevertheless, he bought the truck for an amount well beyond his highly inaccurate evaluation of the truck’s current price.

This guy may have erroneously described his Sweptside as “ugly” but, in knowledgeable car hobby circles, he bought a swan.

‘THE WONDER YEARS’: WHEN ‘THE FAMILY CAR’ EPISODE RUNS OVER REALITY